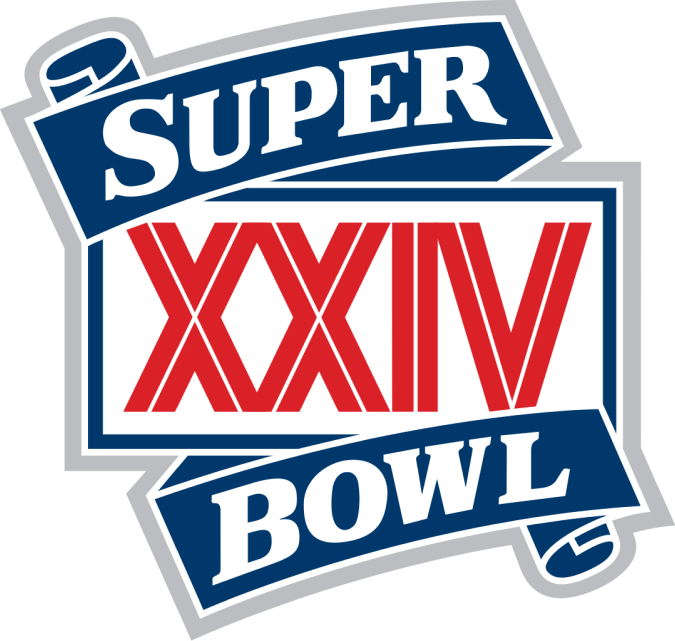 Super Bowl XXIV was unique in that one team — the San Francisco 49ers — was trying to make history by becoming the next team dynasty to win back-to-back Super Bowl titles. Meanwhile, their opponents — the Denver Broncos — were trying to avoid history by not becoming the second team in the NFL to lose in four Super Bowl appearances (the Vikings did it first).

January 28, 1990, marked the first time an NFL player snatched a third MVP title, but the match-up was regarded as an apparent mismatch, and the ensuing blowout was no surprise to fans across the country. By the time you're done reading this article, you'll know how many touchdowns it took for the 49ers to break the previous Super Bowl record, how much fans paid for a single seat, and how one team destroyed the 33-point spread by an incredible 12 points.

The Lead-Up to Super Bowl XXIV

The Denver Broncos had a knack for qualifying for Super Bowls but never proved victorious in a single one — and Super Bowl XXIV was a hard-fought attempt to break that streak. The Broncos clearly couldn't rely on quarterback John Elway to perform in high-pressure games, throwing 18 touchdowns and interceptions while hardly securing a low 73.7 passer rating — also unable to lead the Broncos to two previous Super Bowl titles.

With an underperforming quarterback and no Super Bowl victories in franchise history, nobody expected the Broncos to win — again.

As the reigning Super Bowl champions, the San Francisco 49ers had a relatively smooth 1989-90 season, ending with a league-best 14-2 record and losing by no more than five points during those two losses.

On January 28, 1990, around 72,919 football enthusiasts crowded into the Louisiana Superdome in New Orleans — the seventh time "The Big Easy" hosted the Super Bowl. After just two consecutive years of a $100 Super Bowl ticket, the NFL hiked the price once more by an additional 25%, rounding out to around $125 per seat (worth about $248.93 today).

As is New Orleans tradition, the pre-game festivities celebrated the upcoming Mardi Gras festival, and the NFL brought one of New Orleans' own — R&B vocalist Aaron Neville — to the turf to belt the National Anthem. Following an all-star coin toss ceremony (including Terry Bradshaw, celebrating the 15th anniversary of his Steelers' first Super Bowl win) that landed on heads, Super Bowl XXIV kicked off in front of an excited crowd.

The Broncos punted the ball on their opening drive before they could even convert on a first down, effectively acting as a "sneak peek" for how the rest of the game would play out. On the next possession, Joe Montana led the 49ers 66 yards down the field before connecting on a 20-yard pass to Jerry Rice in the end zone. Denver responded and nabbed what would be their first of two additions to the scoreboard during the entirety of Super Bowl XXIV.

Elway and Humphrey tag-teamed a series of plays until Broncos kicker David Treadwell could collect a 42-yard field goal. For a brief second, the game was up in the air — the Broncos were trailing just 7-3, and the 49ers lost the ball in an unanticipated fumble. However, that vibe faded quickly when San Francisco tight end Brent Jones clinched a 7-yard pass from Montana to widen the 49ers' lead to 13-3 (Cofer missed the extra point).

The second quarter put San Francisco's talents on full display. The 49ers quickly regained possession and pressed 69 yards down the field  — 39 of which came from fullback Tom Rathman — until Rathman clinched a 1-yard touchdown run. And with just 34 seconds left in the half, the trend continued. The duo of Montana and Rice brought the ball back into touchdown territory to end the half with a 27-3 San Francisco lead.

As was New Orleans Super Bowl tradition, the halftime show brought local artists like Doug Kershaw (fiddle), Pete Fountain (clarinet), and Irma Thomas (singer) in full view of the world. The show paid tribute to both New Orlean culture and the Peanuts comic strip, celebrating its monumental 40th anniversary. The halftime show also included local marching bands and a massive float that required the removal of a goal post to get onto the field.

The 49ers showed no signs of slowing down by the beginning of the second half. Rice scored another touchdown on a 28-yard reception, and an interception of Elway's pass gave Montana a clear 35-yard pathway to John Taylor. The 49ers were leading 41-3 when the Broncos scored the final seven points of the game. Elway's pass to Johnson and Humphrey's successful 34-yard sprint allowed Elway to carry the ball three yards into the end zone a few plays later.

San Francisco shut down the scoreboard for good with just two minutes left in Super Bowl XXIV after two consecutive touchdowns — a 3-yard run by Rathman and a 1-yard run by Craig. The 49ers’ 55-10 blowout became the widest margin in Super Bowl history.

San Francisco 49ers quarterback Joe Montana captured the Super Bowl MVP title in 1982 and 1985, and 1990 was no different.

Joe Montana successfully led his team to four titles, but his time on the field would take a dramatic turn. A traumatic elbow injury incurred during the net season all but ended Montana's playing time with the 49ers during the next two seasons before being traded away.

Above, you can see a picture of Super Bowl XXIV MVP Joe Montana celebrating on the gridiron.

Whether it was San Francisco's monopoly on Super Bowl titles (vying for their second back-to-back title), already declining Super Bowl viewership, or the 49ers blow-out, the broadcast of Super Bowl XXIV followed the same downward trends as earlier seasons.

An unusually low 109 million Americans across the nation tuned in to CBS to catch the game, while the 39.0 Nielsen rating only trailed Super Bowl III for the worst in history. However, the broadcast did shine with its all-star analyst line-up — including Terry Bradshaw (Super Bowl MVP from the Steelers), Mike Ditka (Chicago Bears coach), and Ken Stabler (Raiders standout).

Not surprisingly, the reigning champions — the San Francisco 49ers — went into Super Bowl XXIV favored to win by 12 points. The 49ers still had their two-time Super Bowl MVP leading the pack while also securing the #1 seed in the NFC and a league-topping 14-2 record during the regular season. On the opposite side of the field, the Broncos had lost during all three previous Super Bowl appearances and only managed an 11-5 record during the 1989-1990 season.

The 49ers didn't just cover the -12-point spread — the team obliterated it by a massive 33 points after scoring an incredible eight touchdowns. San Francisco also single-handedly decimated the predicted over/under of 48. With a final game score of 55-10, betting on "over" was a safe bet by a comfortable 17 points. 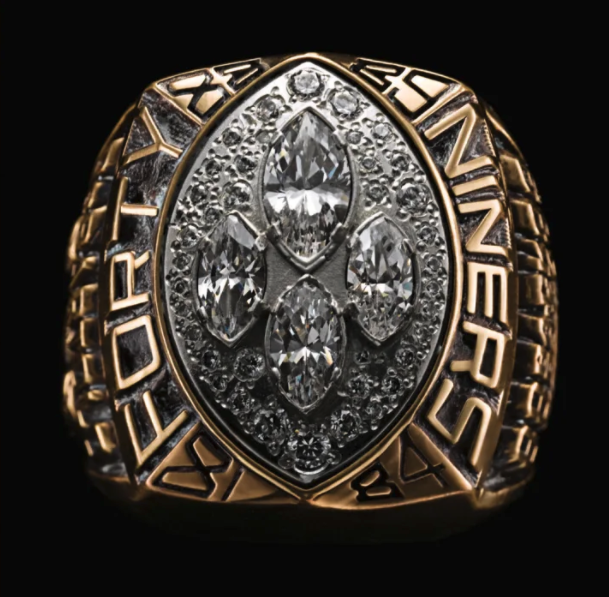 The 49ers and Broncos went their separate ways after Super Bowl XXIV, but neither team would qualify the next season. Montana sustained injuries severe enough to all but end his career with the 49ers during the next season. Meanwhile, the Broncos ended the following season with a pathetic 5-11 regular-season record and in the last place within the AFC West.