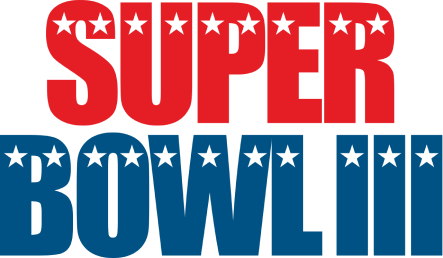 Coming off back-to-back Packers (NFL) victories and capturing the focus of over 50 million Americans, the NFL and AFL soon realized that these annual football championships were a massive hit. The two leagues officially dubbed the Third AFL–NFL Championship Game in 1969 "Super Bowl III," the first of its kind.

January 12, 1969, was the chance for two fresh faces — the New York Jets of the AFL and the Baltimore Colts of the NFL — to grace the big stage for the first time and make or break the NFL's unbroken win streak at the Super Bowl. By the end of this article, you'll know which team proved victorious in Super Bowl III, the plays that made Joe Namath a household name, and how one of these teams managed to cover a dreary 18-point spread.

The Lead-Up to Super Bowl III

To state that Super Bowl III was a high-pressure game for both teams would be an understatement. The NFL and AFL were in a constant battle for supremacy since 1964 after a handful of highly-publicized bidding wars between the two leagues for top college prospects — including Joe Namath. The NFL had a reputation to defend after winning the two previous Super Bowls, and the AFL was looking to put its name on the map.

The Baltimore Colts' (NFL) quest toward Super Bowl III was bumpy, after a disappointing 1968 postseason, a season-ending injury that put quarterback Johnny Unitas out of commission, and a new coach in Coach Don Shula leading the team. The Colts went into the third Super Bowl with a strong 13-1 record that included a 10-game win streak and four shut-outs.

With 402 points to their name, two standout wide receivers (Jimmy Orr and Willie Richardson) with a combined 1,441 yards and 14 touchdowns, and a near-impenetrable defensive line (only 144 points against the team), the Colts went into Super Bowl III as "favorites" to win.

The New York Jets (AFL) had a unique connection to the Baltimore Colts as they went into Super Bowl III: Their head coach was Weeb Ewbank, former head coach of the Colts as they were in their prime in the late 1950s. The Jets ended the 1968-69 AFL season with an impressive 11-3 record, and many Jets players were former NFL players with a bone to pick with their former home league.

Despite having Joe Namath as their quarterback (3,147 yards and 49.2% pass completion), a secret weapon in wide receiver Don Maynard (1,297 yards and ten touchdowns), and a knack for pulling off unexpected victories, nobody expected the Jets to win.

As game day approached, Jets quarterback Joe Namath found himself in some hot water in the public relations department. Namath "guaranteed" to a loyal Colts supporter that the Jets would win Super Bowl III. Though this statement angered Colts players and Coach Ewbank, the Jets lineup paid more attention to the predictions stating that they'd lose by a score of 18 points in the big game.

The Colts wanted to win — partially to get one over on Namath's overconfident attitude — and the Jets now needed to live up to Namath's ambitious statement.

On January 12, 1969, 75,389 football fans nationwide piled into the Miami Orange Bowl down in sunny Miami, Florida — the same stadium used in Super Bowl II. Attendees at Super Bowl III paid an average of $12 (worth $85.11 in today's money) for a game ticket, with the stadium packed to capacity before kickoff.

After a beautiful rendition of the National Anthem by Lloyd Geisler (Washington National Symphony Orchestra), the Pledge of Allegiance recited by Apollo 8 astronauts, and a Jets-winning coin flip landing on heads, Super Bowl III was officially underway.

The Jets began Super Bowl III on a kickoff reception and squandering the game's first four downs with unsuccessful passes and meager rushes. By the time the Colts earned their first possession of the game, Morrall had nailed successful passes to John Mackey, Tom Matte, Jerry Hill, and Tom Mitchell, but fell short on a field goal.

As the game continued, the Colts promptly became flustered by the Jets' playing style — Namath could read an upcoming Colts play based on how the Colts lined up on the defensive line, leading Namath to call plays to avoid the Colts' defensive line intentionally.

The Colts didn't know that Jets' player Don Maynard was going into Super Bowl III with a mild hamstring injury, though his injured leg didn't show on the big stage. A missed pass from Namath to Maynard would be all the Colts needed to change their usual zone defense to keep the ball from Maynard for the rest of the game (leaving many Jets players open for passes).

After swapping possessions and little action, the Colts and Jets concluded the first quarter with a scoreless tie.

With Matt Snell at fullback and fully capable of running the ball through the Colts defense, the second quarter of Super Bowl III brought the Jets into scoring position. A string of short passes later, and New York was the first team on the board with a 7-0 lead against Baltimore.

The remainder of the second quarter was mainly back-and-forth. After a series of interceptions, unsuccessful field goal attempts, and a flea-flicker play by the Colts intercepted by Jets safety Jim Hudson, the first half ended with a 7-0 Jets lead.

Following a brief halftime performance by the Florida A&M University marching band, the third quarter resumed and proved to be uneventful, with the Jets holding onto the ball for 13 of the 15 minutes. The Colts fumbled the ball on their 33-yard line and allowed Jets' kicker Jim Turner to secure a field goal, bringing the Jets to a 10-0 lead.

Quarter three ended with an odd string of events — another Jets field goal and Morrall's replacement with injured Colts quarterback Johnny Unitas in a last-ditch effort to save the game and earn a victory.

By the fourth quarter, the Colts' goals shifted toward playing a defense-heavy game to keep the Jets from adding points to the board. The Jets secured yet another field goal, bringing the game to a 16-0 lead, and Namath felt so confident in the Jets' performance that he wanted the team to run out the game clock.

The Colts made their only comeback after an interception and a failed field goal attempt, with Orr snatching a 19-yard catch for a touchdown. The final score of Super Bowl III was 16-7 (Jets).

Joe Namath led his team to victory in Super Bowl III and claimed the MVP title, and rightfully so. 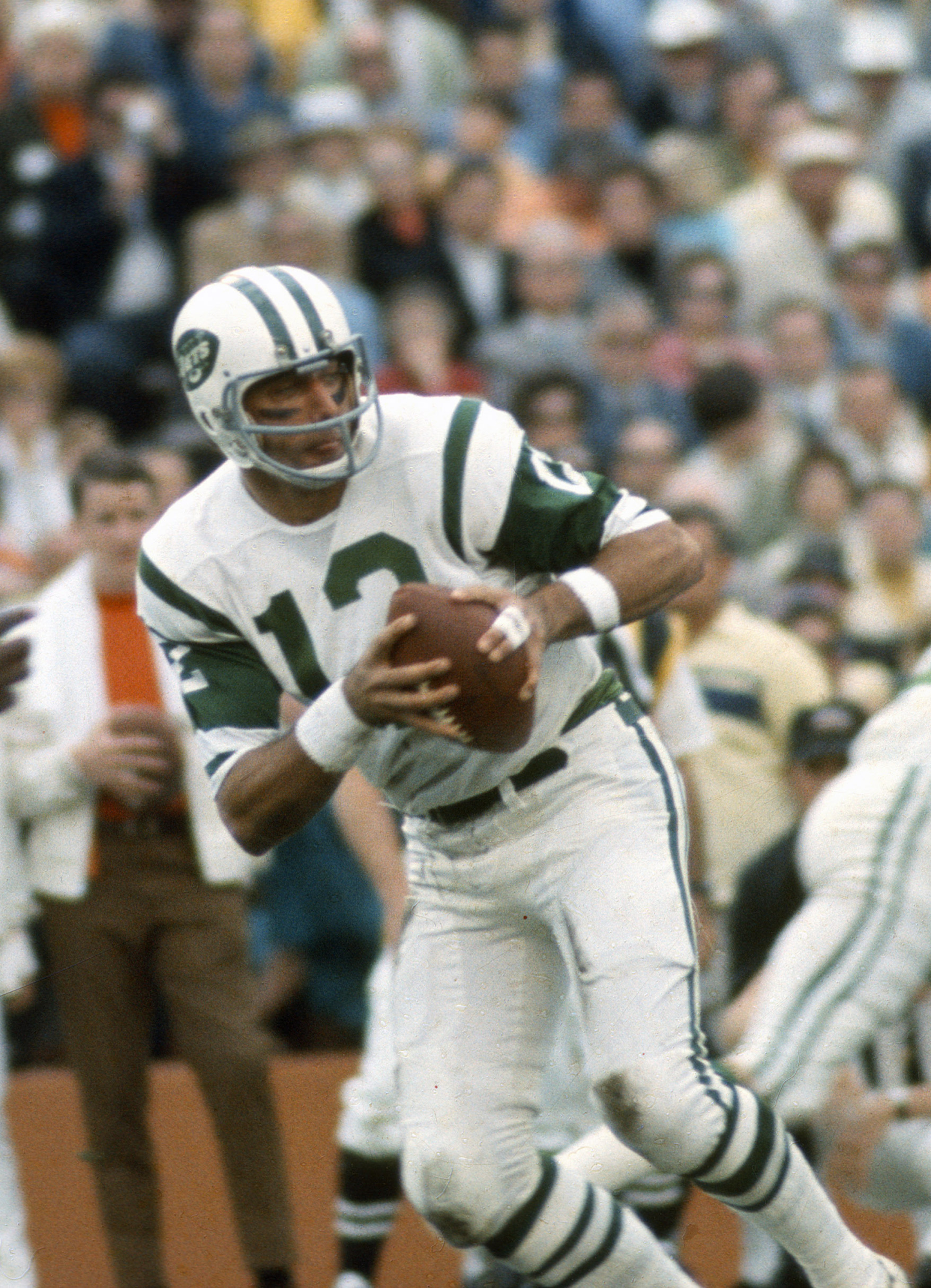 Joe Namath knew the team didn't earn such an astonishing victory thanks to his efforts alone, making him the prime example of an MVP with class.

The previous Super Bowls set the stage for future championships for decades, alternating between having NBC and CBS broadcasting the big game. NBC officially hosted Super Bowl III and was the first Super Bowl with footage to be permanently saved by the broadcasting networks.

Over 54.5 million Americans tuned into the championship game, securing a Nielsen rating of 36 that was less than a point below the previous Super Bowl.

The Jets stepped on the Orange Bowl field, expected to lose handily to the team from Baltimore. With an 18-point spread, the Jets effortlessly covered the spread by 27 points after ending the game with an unanticipated 16-7 victory.

The 40-point over/under ended up in an "under," given the game's total points were 23. 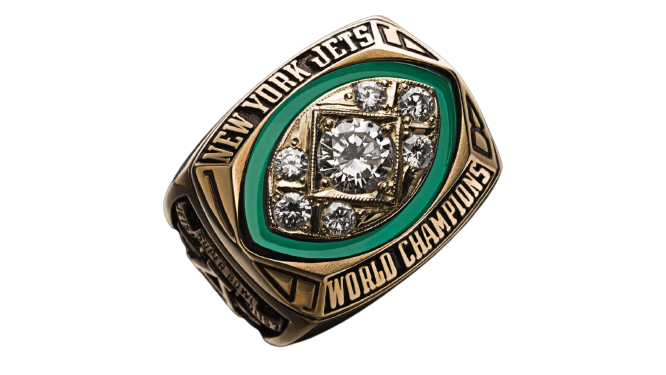 Super Bowl III marked the first time that the AFL would win the championship in the season's biggest football game. With a big-league merger on the horizon after the upcoming season, Super Bowl IV would be the last chance for both the NFL and AFL to prove themselves the dominant league.

One team with previous playing time on the big stage would reveal themselves as the best in their league during Super Bowl IV — can you figure out which?