By Super Bowl X, it was clear that the NFL was becoming a well-established cornerstone of American popular culture. Not only were sold-out stadiums becoming the "norm" (regardless of which teams suited up for the big game), but the average viewership was also up over 20 million compared to earlier years. As the decade-old NFL tradition pressed on, both the Cowboys (NFC) and Steelers (AFC) approached Super Bowl X vying for their second championship titles.

January 18, 1976, was a beautiful day for both football and patriotism, with the "theme" of Super Bowl X being a celebration of America's Bicentennial. By the time you're done reading this article, you'll know whether Pittsburgh became the third-ever team to win consecutive Super Bowls, why many called the 1975-76 Cowboys a "Cinderella Team," and what made the tenth Super Bowl the most exciting to date.

The Lead-Up to Super Bowl X

The Pittsburgh Steelers (AFC) — Super Bowl IX champions — qualified for their consecutive championship appearance after claiming the No. 1 seed, ending the regular season with a hard-fought 12-2 record, and still boasting their star-studded Steel Curtain.

Among Pittsburgh's 1975-76 line-up were standouts like quarterback Terry Bradshaw (18 touchdowns and 2,055 yards), wide receiver Lynn Swann (781 yards for 49 passes), and eight defensive linemen that went on to play in the 1976 Pro Bowl. The combination of veterans and rookie players in Pittsburgh made them a shoo-in to capture a second Super Bowl ring.

Many football commentators believed the 1975-76 Cowboys to be a "Cinderella team," doubtful that Dallas would become Super Bowl contenders. Now four years removed from their last championship attempt, the Cowboys relied on their new high-tech offensive line — and a wildcard — to end their regular season with a 10-4 record and a shot at the World title.

Despite the Steelers heading down to Florida as the favorites, the fate of the game lay with Lynn Swann's recovery. Swann, who boasted 11 touchdowns during the 1975-76 season, had suffered a concussion during the AFC Championship and had to miss several practices as a result.

Though coach Chuck Noll ultimately decided to play Swann in Super Bowl X, both fans and the starting Cowboys lineup wondered whether he'd be on the field down in Miami — a decision that would have impacted the outcome of the game.

On January 18, 1976, a record-high 80,187 exhilarated football fanatics piled into the Miami Orange Bowl in beautiful Miami, Florida — the site of Super Bowls II, III, and V. The average fan dropped a crisp $20 bill to claim a seat for the big game (worth about $91.49 today).

After a pre-game concert by Up the People, a national anthem performance by Tom Sullivan, and a first-of-its-kind coin toss by a non-referee (United States Secretary of the Navy John Warner), Super Bowl X kicked off after landing on heads.

By the end of the initial return, Super Bowl X was already more exciting than the previous year's match-up. The first quarter began with an insane (and record) 48-yard kickoff return by Dallas's Preston Pearson and a forced fumble after the sack of Cowboys' Roger Staubach — what would be the first of seven sacks in the game.

After trading punts on unsuccessful scoring attempts, Staubach connected on a 26-yard pass to wide receiver Drew Pearson and put Dallas on the board with a 7-0 lead — the first time in the 1975-76 season Pittsburgh's Steel Curtain allowed a touchdown in the first quarter.

Terry Bradshaw and the Steelers responded immediately. Swann narrowly snatched a 32-yard pass along the sidelines, and Pittsburgh pulled a trick play that landed Randy Grossman in the end zone with a touchdown.

With a tied 7-7 game early in the second quarter, Dallas pressed through 51 pure rushing yards, which already topped the number of rushing yards the Steelers D-line allowed in the previous Super Bowl three-fold. The Cowboys wound up in field goal territory, with kicker Toni Fritsch nabbing a 36-yard field goal to give the Cowboys a 10-7 lead.

Nearing the end of the first half, the Steel Curtain was in full force, sacking Staubach on two consecutive plays and pushing Dallas out of field goal territory. The first half of Super Bowl X concluded with Swann's impressive catch, a missed field goal attempt by the Steelers, and a halftime score of 10-7.

As the Steelers and Cowboys headed back into the locker room after a tough first half, fans at home and in the Orange Bowl enjoyed halftime. Up with People (UWP), a non-profit organization that would make a handful of Super Bowl appearances in the next decade, paying homage to America's Bicentennial year.

After halftime, the second half of Super Bowl X got off to a rocky start. The Steelers bungled two chances to score (a missed touchdown opportunity and another botched field goal attempt by Gerela). Poor sportsmanship by the Cowboys came next.

Cowboys' Cliff Harris "thanked" Gerela for helping to keep the Cowboys in the game, triggering Steelers linebacker Jack Lambert to tackle Harris in defense of his teammate, a move that could've ejected him from the remainder of Super Bowl X.

With just 4:25 remaining in Super Bowl X, the Steelers regained possession. Bradshaw dodged a looming sack by two Cowboys players, threw a bullet to Swann (who was waiting on the 5-yard line), and went down on a helmet-to-helmet hit shortly after. Swann stole 64 yards as he crossed into the end zone, and Gerela — again — couldn't get the ball between the uprights during the extra point attempt.

Despite having a 21-10 lead with just minutes left in the game, the Steelers couldn't prevent the Cowboys from attempting to make a comeback. Five plays later, a 35-yard pass to Dallas wide receiver Percy Howard landed the Cowboys an extra seven points on the board. Yet, Staubach couldn't pull off a Hail Mary to Howard with just seconds left in the game, with the Steelers winning their second Super Bowl with a meager 21-17 final score.

Lynn Swann, who many feared wouldn't recover from his concussion in time to play in Super Bowl X, walked away as MVP. 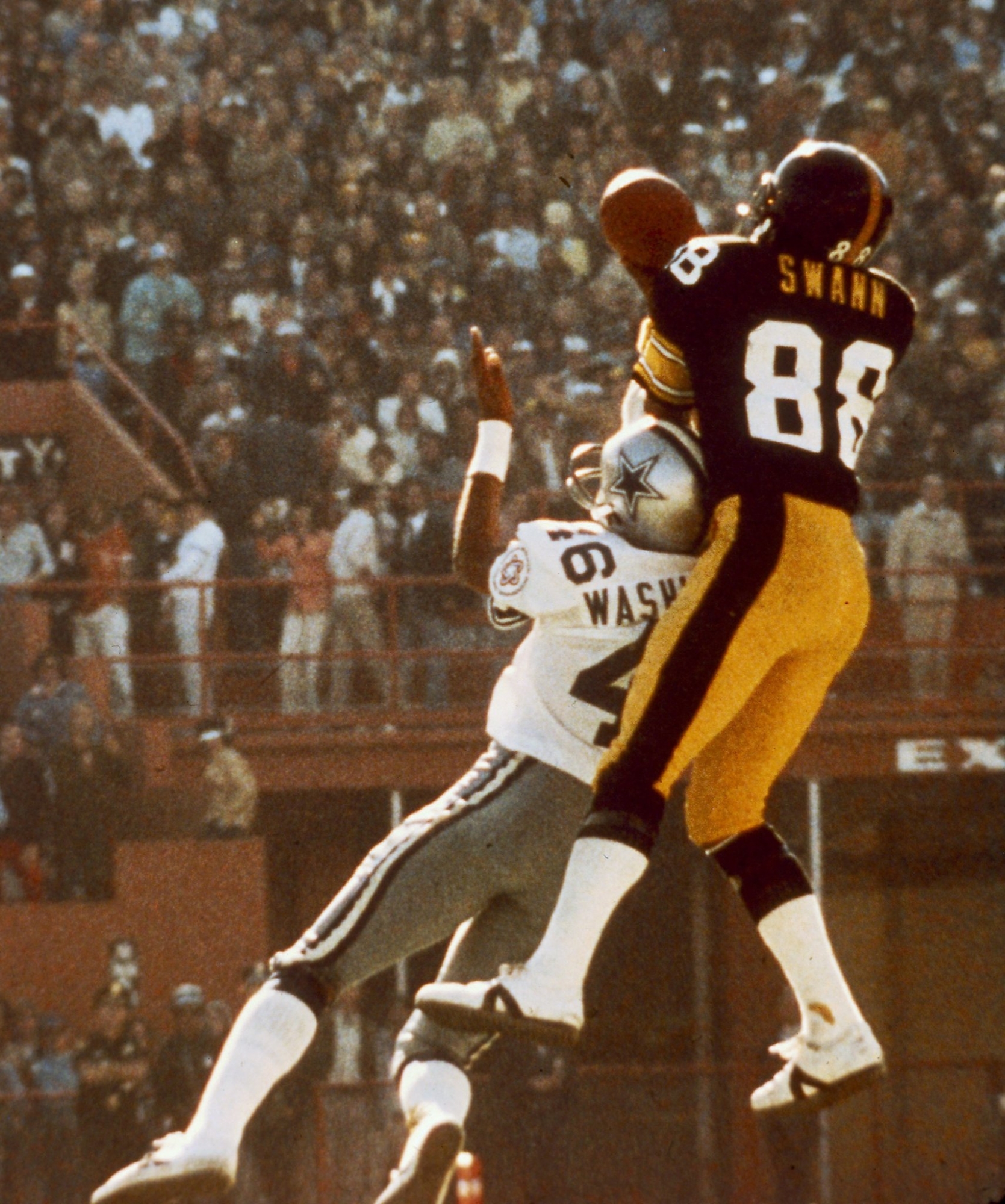 Thanks to players on both sides of the field, Super Bowl X became the most exhilarating Super Bowl to date in the eyes of fans and commentators alike.

CBS's Super Bowl X broadcast was smooth-sailing, unlike many earlier championships. The chance of a repeat Super Bowl win by the Steelers and the growing patriotism during America's Bicentennial year ramped up viewership like never before. Over 73.3 million Americans watched — two million more than the previous year — and the broadcast earned a 42.3 Nielsen rating.

Pittsburgh went into Super Bowl X with a leg-up on its opponents. Not only were the Steelers the reigning Super Bowl Champions, but they also boasted two more wins than their opponents (the Cowboys) in the 1975-76 regular season. Many predicted the Steelers would clinch a back-to-back Super Bowl victory, as did the Miami Dolphins and Green Bay Packers before them.

Yet, for the first time in Super Bowl history, the winning team did not cover the spread. With a tight 21-17 loss, the Cowboys kept the Steelers' lead slim, allowing Dallas to successfully cover the 7-point spread. In the over/under bet (36), the 38 total points scored in Super Bowl X secured payouts for over bets. 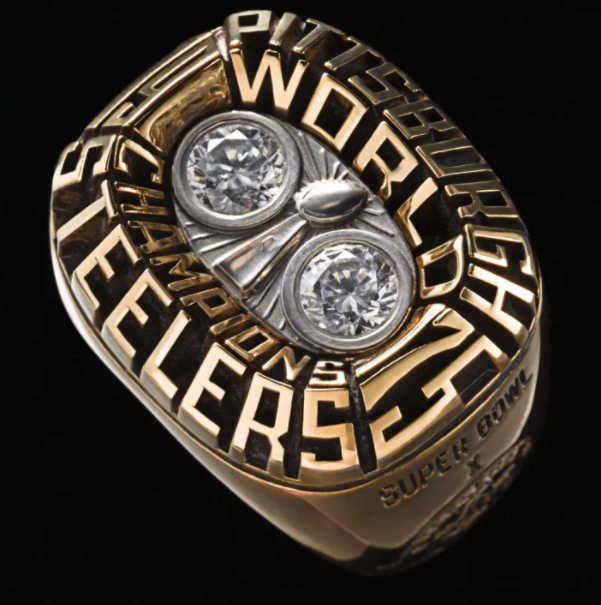 Despite standout performances by both teams during the 1975-76 season and the ensuing Super Bowl, neither the Cowboys nor the Steelers would qualify the following year. Yet, the upcoming Super Bowl XI was one for the history books — a far higher number in the forms of a Nielsen rating, number of fans in the stadium, and viewers.