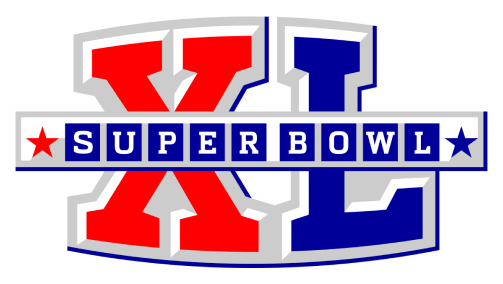 The 40th Super Bowl was played on February 5, 2006, at Ford Field in Detroit, Michigan. The Pittsburgh Steelers sought to win the franchise’s 5th Super Bowl. This was the first Super Bowl to be presented in HD. Super Bowl XL was one of the most controversial Super Bowl games due to some questionable play-calling during the game.

The Lead-Up to Super Bowl XL

Pittsburgh finished the regular season 11-5 and had earned a Wild Card spot in the playoffs. They were the first number 6 seeded team to go to the Super Bowl.

Seattle finished the season 13-3, an NFC high for the time. This was the franchise’s first Super Bowl appearance in its 30-year history.

Pittsburgh started the season with a rough start with both starting quarterback Ben Roethlisberger and backup Chris Batch going down with injuries. Tommy Maddox was brought up to starter as a result. The team struggled until the return of Roethlisberger two games later. Roethlisberger threw for 2,385 yards with 17 touchdowns and 9 interceptions. Wide receiver Hines Ward set a record with 69 receptions and scored 11 touchdowns. Another wide receiver, Antwaan Randle El caught 35 passes and scored 2 touchdowns on punt returns. Tight end Heath Miller had 39 receptions and 6 touchdowns. Their running game was their best offensive weapon with running back Willie Parker rushing for 1,202 yards and scoring five touchdowns. Fellow running back Jerome Bettis rushed for 286 yards and nine touchdowns.

The Steelers had the fourth-ranked defense in the NFL. The defense was led by linebackers Joey Porter, James Farrior, Clark Haggan, and Larry Foote. Porter led the team with 10 sacks. Safety Troy Polamalu was the team’s main defensive threat with 91 tackles, 3 sacks, 2 fumble recoveries, and 2 interceptions.

Seattle finished the 2005 regular season as the top offense, led by running back Shaun Alexander (1,800 yards and 28 touchdowns). Quarterback Matt Hassleback threw for 3,455 yards for 24 touchdowns and 9 interceptions. The team suffered injuries to starting wide receivers Darrell Jackson and Bobby Ingram but rebounded with backups such as Joe Jurevicius (55 catches and 10 touchdowns) and tight end Jerramy Stevens (45 catches and 5 touchdowns).

The Seattle defense led the league in sacks, with 55 total.  Defensive end Bryce Fisher led with 9 sacks, while defensive tackle Rocky Bernard and defensive end Grant Winstrom recorded 8 and four sacks each. Lofa Tatupu was the defensive standout with 104 tackles, 4 sacks, 3 interceptions, and one fumble recovery.

Super Bowl XL was the fortieth anniversary of the showdown between the NFC and AFC. The game was broadcast for the first time using all HD cameras. The Pittsburgh Steelers also tied the San Francisco 49ers and Dallas Cowboys with five Super Bowl championships. It would also be the first time that a wide receiver threw a touchdown pass in a Super Bowl game.

During the pre-game ceremonies, Stevie Wonder sang a medley of his hits accompanied by Joss Stone, India.Arie, and John Legend. The Four Tops did an untelevised performance.

An introduction ceremony was held for 30 of the 34 Super Bowl MVPs. Absent were Joe Montana, Terry Bradshaw, Jake Scott, and the late Harvey Martin.

A moment of silence was held for two Civil Rights activities who had died previously that year; Coretta Scott King and Rosa Parks.

The national anthem was performed by Aretha Franklin, Aaron Neville, and Dr. John. Tom Brady participated in the coin toss, representing previous NFL MVPs. He was the only active player to take part in the ceremony. Seattle won the coin toss with the call of tails.

The first four possessions of the game ended in punt returns. Peter Warrick gave the Seahawks good field position at the 49-yard line. Hasselback completed passes to Darrell Jackson and Joe Jurevicius to advance the team to a possible scoring drive. An end zone pass to Jackson was nullified due to pass interference. Running plays were unsuccessful, but the Seahawks were able to gain a 3-0 lead with a Josh Brown field goal. The Steelers were unable to gain a first down as the first quarter ended.

As the second quarter began, both teams were forced to punt again. Seattle safety Michael Boulware intercepted a Roethlisberger pass. The Seahawks were unable to capitalize and the Steelers were able to drive deep into Seattle territory. After an offensive-interference call and a sack by Grant Wistrom, the Steelers were forced to the 40-yard line, at 3rd-and- 28. A 37-yard pass to Hines Ward set a record for longest 3rd down conversion in Super Bowl history. Two carries by Jerome Bettis put the game in range of scoring a touchdown. At the 2-minute warning, Roethlisberger dove into the end zone following a fake hand-off. There was some confusion, as the referee hesitated on calling the play a touchdown, which was upheld upon replay. The Steelers took the lead 7-3. Seattle was able to get into field goal range, but Brown was unable to complete the 54-yard kick as time ran off.

The Rolling Stones were chosen to perform at the Super Bowl XL halftime show. They performed hits “Start Me Up” and “(I Can’t Get No) Satisfaction” as well as “Rough Justice” from their new album.

The selection of the Rolling Stones was a bit controversial, as many thought that a band with a link to the history of the Detroit music scene would be more appropriate. There were worries about questionable lyrics in some of the Stones’ songs and the possibility of Mick Jagger ad-libbing as he liked to do; they and the NFL came to an agreement of briefly turning off his microphone during the questionable lyrics.

At the opening of the second half, Willie Parker broke out in a 75-yard touchdown run.  He set a record for the longest touchdown run in Super Bowl history (beating Marcus Allen’s Super Bowl XVIII record) and widened the lead 14-3. The Seahawks drove once again in Pittsburgh territory, but Brown missed another 50-yard field goal attempt. Kelly Herndon was able to intercept a Pittsburgh pass and ran the ball back to the Pittsburg 20. Two plays later Hasselback completed a touchdown pass to Jerramy Stevens, closing the deficit 14-10. After trading punts, Seattle ended the third quarter at mid-field.

The final quarter of the game featured several questionable calls by officials. The Seattle drive was stalled by a holding penalty on Sean Locklear. Pittsburgh defensive tackle Ike Taylor intercepted a pass and returned it for 24-yards. A penalty of blocking below the waist on Hasselback added another 15-yard gain and Pittsburgh began at their own 44-yard line. Pittsburgh ran a wide receiver reverse play to Antwaan Randle El, who played quarterback in college. El then threw a 43-yard touchdown pass to Ward to widen the lead 21-10. Hasselback then ran the ball for 18-yards and was touched briefly by safety Larry Foote. Initially ruled a fumble, it was reversed on the coach’s challenge.

They later drove to the Steelers 48-yard line but were stopped. Pittsburgh had possession for four and a half minutes, forcing Seattle to use all their timeouts as they tried to wind down the clock.

With 35 seconds remaining, the Seahawks were in field goal range, but due to poor play calling and time management, Hasselback threw four incomplete passes.

The Steelers took possession and Roethlisberger took a knee as the Steelers won the game 21-10. 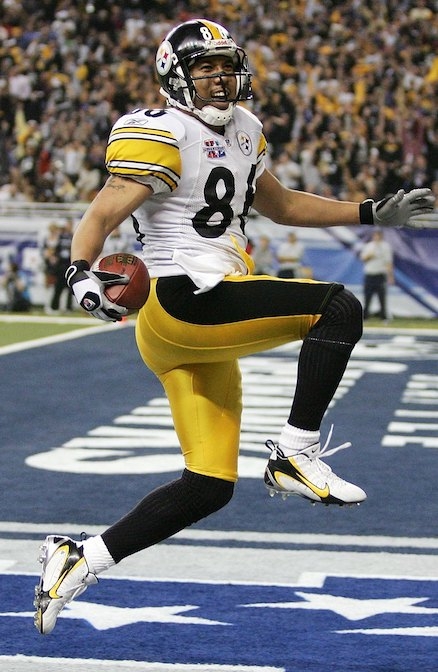 Ward dominated, tallying over 100 yards receiving and scoring a touchdown.

ABC was the host network for Super Bowl XL and was viewed by an estimated 141.4 million viewers. The game scored a 41.6 Neilson rating. The broadcast team consisted of Al Michaels, John Madden, Michele Tafoya, and Suzy Kolber.

As in years prior, commercials were a highlight of the program. Anheuser-Busch had the most spots with ten, the top-rated commercial being the Bud Light “Magic Refrigerator”. Other major advertisers included Pepsi, Pizza Hut, Sprint, and General Motors.

Going into Super Bowl XL, the Steelers were the four-point odds-on favorite. This was the fifth time that the lower-seeded team was favored to win. The over/under for the total score was 47 and with a score of 31 the under won. Pittsburgh won by 10 points, covering the point spread.

The payouts for the players were higher for both teams this game. The Steelers each received $73,000 bonuses, and the Seahawks were awarded $38,000. 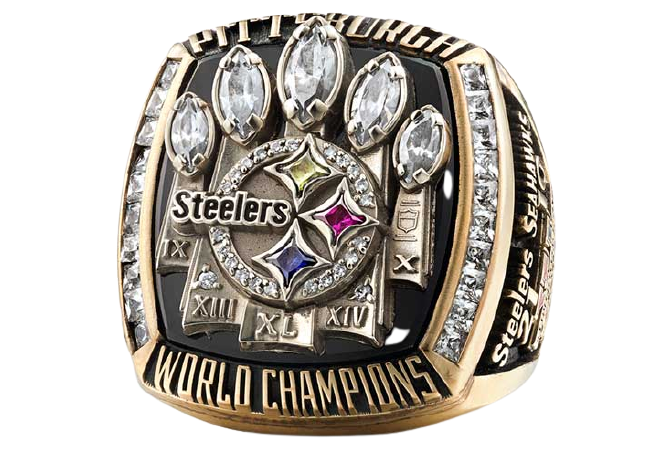 The fortieth Super Bowl is remembered as much for the Steelers' victory as the questionable play-calling by officials. Several calls against Seattle greatly impacted the outcome of the game. The first quarter pass interference call on Chris Hope ended up nullifying a 16-yard touchdown run by Darrell Jackson. Also, the call of an illegal block by Hasselback during the Ike Taylor interception was also questioned.

Media outlets called out the officials shortly after the game for their officiating and possibly costing the Seahawks the game. The NFL released a statement days later supporting the officials' ruling.

While both teams played well, and Pittsburgh would likely have taken home the Lombardi Trophy that day, the questionable play-calling will always overcast this historic game.