Super Bowl IX was a chance for redemption for the Minnesota Vikings, who left the 1973-74 season with heads hung low after falling 24-7 to the Dolphins in Super Bowl VIII. The Vikings had yet to capture a Super Bowl title despite qualifying for the championship game twice before (IV and VIII). Their opponents for Super Bowl IX, the Pittsburgh Steelers, weren't just rookies to the Super Bowl stage — they hadn't made it to any championships in the team’s 42-year history.

January 12, 1975, marked the ninth time the best teams from the AFC and NFC would face off for the title. By the time you're done reading this article, you'll know whether the Vikings finally pulled off a Super Bowl victory, why Mary Tyler Moore apologized after the game ended and which player snatched the MVP title.

The Lead-Up to Super Bowl IX

Heading into Super Bowl IX, the Pittsburgh Steelers had a lot to gain and little to lose. Forty-two years after the franchise's establishment and just five seasons after recording a dismal 1–13 record, the Steelers finally advanced to a championship game, obtaining a spot in the Super Bowl with a 10-3-1 record.

Following a shocking loss in Super Bowl VIII, the Minnesota Vikings held onto most of its starting lineup, allowing the team to finish the next season with a 10-4 record. Vikings starters included legends like quarterback Fran Tarkenton (2,598 yards and 17 touchdowns), running back Chuck Foreman (777 rushing yards), and a pair of wide receivers averaging 19.7 yards per catch.

However, despite the team's two previous Super Bowl appearances and its sixth NFC Central title in seven seasons, the Minnesota Vikings narrowly qualified for the Super Bowl after a close playoff game (14-10) against the Los Angeles Rams. Given all of these factors, many expected the Vikings to leave their third Super Bowl attempt empty-handed — again.

While both the Vikings and Steelers had strong offensive lines, their defensive lines left many fans wondering how Super Bowl IX would pan out. The Purple People Eaters (Vikings) and the Steel Curtain (Steelers) allowed 195 and 189 points all season, respectively.

Additionally, the chosen stadium for Super Bowl IX, the Louisiana Superdome, fell through after construction stalled, and the stadium was incomplete come game day. As such, this left the site of Super Bowl IV and VI — Tulane Stadium — to be the next logical option, notwithstanding last-ditch efforts to relocate the game to sunny California.

The location choice made Super Bowl IX one of the coldest (46 degrees) and the last league championship game played in bad weather (players took to the now-slick field after a night of steady rain) for three decades.

On January 12, 1975, 80,997 football enthusiasts flooded into a cold and wet Tulane Stadium in New Orleans, Louisiana (also the stadium used during Super Bowls IV and VI). The average ticket price for the ninth-ever Super Bowl was just $20 (worth about $96.76 in today’s money).

Following a national anthem performance by the Mardi Gras Barbershop Chorus alongside the Grambling State University Band and a coin flip landing on tails, Super Bowl IX got off to a dreary start.

Pittsburgh kicker Roy Gerela missed the uprights on his first field goal attempt and couldn't get the ball airborne on his second. The uneventful first quarter ended with a pathetic score of 0-0.

The second quarter of Super Bowl IX was hardly more exciting to the fans crowded into Tulane Stadium and in their living rooms at home. After a Steelers fumble and botched field goal attempt (the third one of the game), Pittsburgh finally collected a game-high 22-yard pass to John Stallworth from Terry Bradshaw.

Though the Steelers couldn't convert on the series, they scored their first two points of the game just moments later. Vikings quarterback Tarkenton grasped a loose ball as it bounced into his team's end zone, but Steelers' Dwight White regained control and yielded a Pittsburgh safety (the first time in Super Bowl history).

As the teams returned to the locker rooms with the Steelers up just 2-0 (an all-time low on the Super Bowl stage), Tulane Stadium was in for a musical treat. To pay homage to the late great jazz musician Duke Ellington, who passed a year before Super Bowl IX, Mercer Ellington (his son) and the Grambling State University Band put on a heartwarming jazz concert in the center of the field.

After ending the third quarter on a blundered scoring opportunity, Minnesota earned another shot at getting on the scoreboard. Thanks to an interference penalty on a pass to Gilliam, the Vikings found themselves on the 5-yard-line and a single play away from narrowing Pittsburgh's lead — they failed to score once again.

A later punt block by Vikings linebacker Matt Blair allowed Terry Brown to get a hold of the loose ball in the end zone and leave Minnesota trailing just 9-6 (the extra point conversion was no good) and in a better position to make a comeback.

The Steelers answered on the next possession. The Steelers combined a series of running and throwing plays that ate up nearly seven minutes of the clock. Larry Brown snatched a pass from Terry Bradshaw at the 4-yard-line and bolted into touchdown territory, giving Pittsburgh a 10-point lead (16-6) that the Vikings couldn't recover from in little more than three minutes.

After a Steelers interception, they ran down the clock and held onto the title of Super Bowl Champions.

Despite an all-star performance from the Steelers defensive line in Super Bowl IX, the MVP title went to running back Franco Harris. 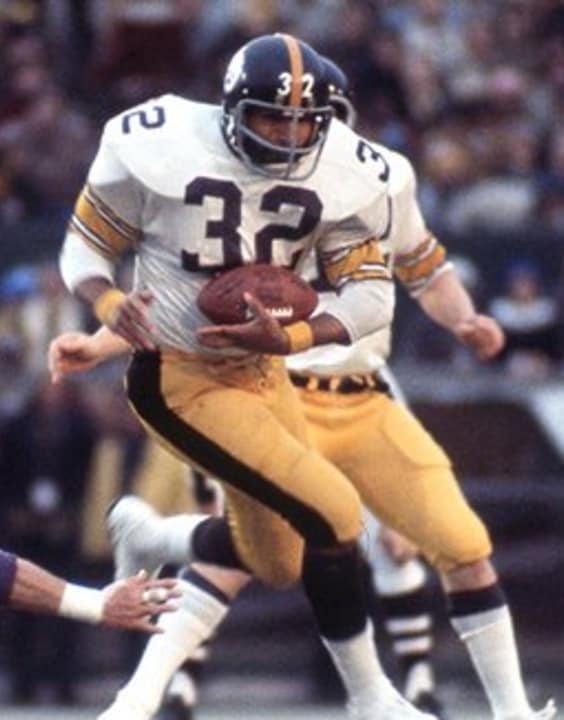 Following CBS's broadcast of Super Bowl VIII in 1974, NBC televised Super Bowl IX to an at-home audience of over 71.3 million viewers (the most tuning in since the championship's inception), garnering a Nielsen rating of 42.4.

The night before the big game, a popular sitcom at the time — The Mary Tyler Moore Show — incorporated the big game into the most recent episode.  After an entire season of "betting" on NFL games with a ground-breaking strategy, character Ted Baxter realized he had to sit Super Bowl IX out, as his method wouldn't work for the upcoming championship.

Lou Grant secretly bet all the duo's money won thus far on the Steelers, who ended up losing the Super Bowl in the sitcom. The episode ended with host Mary Tyler Moore declaring that if the Steelers won Super Bowl IX, she owed the team an apology.

Despite never having qualified for a Super Bowl and boasting only one fewer loss than their opponents going into the big game, the Pittsburgh Steelers were the favorites to win Super Bowl IX. The Steelers effortlessly covered the 3-point spread, claiming a 16-6 victory. With the 33-point over/under and 22 points scored in the game, those who bet under won by a large margin. 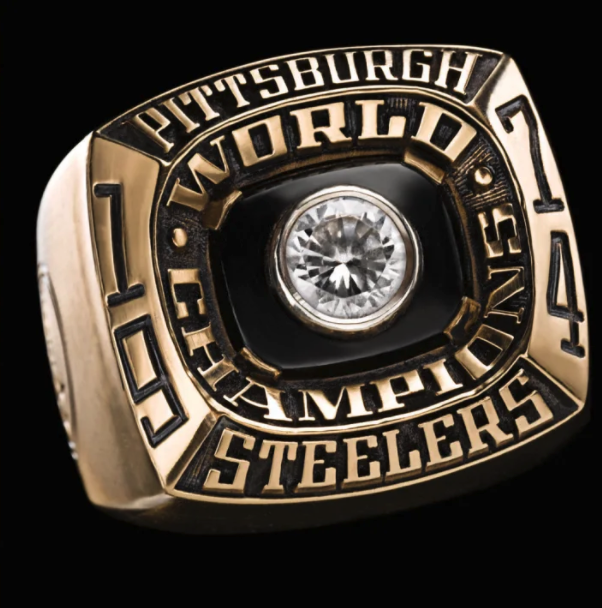 The Steelers’ victory in Super Bowl IX was unexpected by commentators and sports enthusiasts alike. With a major confidence boost to its name, Pittsburgh continued this momentum into the following season by qualifying for the Super Bowl (X) once more, hoping to defend their title and bring the championship back to Pennsylvania.