By Super Bowl IV, the AFL and NFL were on the verge of a merger, making the fourth championship game the fourth and last AFL–NFL World Championship Game ever to be played. Though the AFL (New York Jets) pulled an unexpected victory over the NFL (Baltimore Colts) in Super Bowl III, many sports fans still saw the NFL as the superior league, with the 1969 Jets' victory being nothing more than a "lucky" game.

On January 11, 1970, the Minnesota Vikings (NFL) and Kansas City Chiefs (AFL) met on the gridiron to distinguish either the AFL or the NFL as the dominant league once and for all. By the time you're done reading this article, you'll know who claimed the title of the last AFL-NFL Championship, what made the game high-pressure for both teams, and which football player became the fourth consecutive quarterback to claim the title of Super Bowl MVP.

The Lead-Up to Super Bowl IV

The Vikings led a beastly 1969-70 season and captured an impressive 12-2 record, falling in their first and final games of the regular season. The impressive 12-game win streak sandwiched between those two losses was the longest in NFL history in 35 years. With relentless quarterback Joe Knapp, a strong defensive line earning the moniker "Purple People Eaters," and players like running back Dave Osborn (643 yards) and wide receiver Gene Washington (nine touchdowns and 821 yards), the Vikings went into Super Bowl III with a ton of star power.

Despite a cool 11-3 record heading into the championship game, the Kansas City Chiefs were very unlikely to win. Structural changes within the AFL in anticipation of the upcoming merger upped the number of teams in division finals to four, allowing the Chiefs to qualify for the championship game as division runners-up where they ordinarily wouldn't.

Despite having the likes of Mike Garrett still on the roster (winner of the Heisman Trophy in 1965) and a defensive line allowing a league-low 177 points during regular-season play, many expected the Chiefs to lose — just as they did in Super Bowl I against the Packers.

What Make This Super Bowl Unique

Super Bowl IV was the final opportunity for both the NFL and AFL to prove themselves to be the "superior" league before the big merger, with the NFL-AFL Super Bowl record being 2-1, up until this point. Many fans and sports commentators felt as if the Jets' victory in 1969 was "pure luck," making the Minnesota Vikings (NFL) the "fan favorites" to win the fourth Super Bowl.

Meanwhile, the Chiefs weren't even able to win their division, and quarterback Len Dawson was facing potential legal charges in an illegal gambling ring just days before kickoff (a source of additional pressure on the quarterback).

After a patriotic rendition of the National Anthem by jazz trumpeter Doc Severinsen and actor Pat O'Brien and a coin toss landing on tails, Super Bowl IV — and the final AFL-NFL Championship — was officially underway.

The first quarter of Super Bowl IV began with a Vikings possession after Knapp cleared two passes for 36 yards, but Minnesota failed to hold onto control long enough to secure a spot on the scoreboard. Chiefs' kicker Jan Stenerud found himself well outside of the usual field-goal territory but still managed to clinch a record 48-yard field goal. The record would stand for more than 20 years.

Now leading with a score of 3-0, the Chiefs began the second quarter just as strong as the first. Again, Stenerud nailed a field goal attempt for the Chiefs, and the Vikings were unable to capitalize on a turnover resulting from an unexpected interception by safety Paul Krause.

For the third time in the game, the Chiefs found themselves in field-goal range, and Stenerud again proved his soccer-style kicking technique could secure another Chiefs field goal, making the score 9-0. The Vikings fumbled the ball on their next possession, setting the Chiefs up for their first touchdown of the game.

The first half of Super Bowl IV ended with a Chiefs touchdown — giving Kansas City a 16-0 lead over the Vikings.

The two teams returned to the locker room at halftime to talk strategy and build momentum. Meanwhile, the likes of Doc Severinsen, Al Hirt, Marguerite Piazza, Carol Channing, and Lionel Hampton took to the field for the much-anticipated halftime show to entertain the fans in Tulane Stadium.

The Minnesota Vikings predictably began the second half of Super Bowl IV with a bone to pick. The team finally captured its first third-down conversion of the game and managed to crush through 69 yards until Dave Osborn crossed into the end zone. Knowing what the Vikings' offensive line was capable of, the Chiefs answered Minnesota's growing momentum.

The Chiefs picked up 82 yards on the next possession, and wide receiver Otis Taylor's pass reception and ability to dodge the stout Vikings defense secured another Chiefs touchdown. After three interceptions in the fourth quarter, the Chiefs held onto their 23-7 lead and won Super Bowl IV.

After an impressive Super Bowl performance and a knack for calling the right plays, Len Dawson of the Chiefs became the fourth quarterback to become MVP. 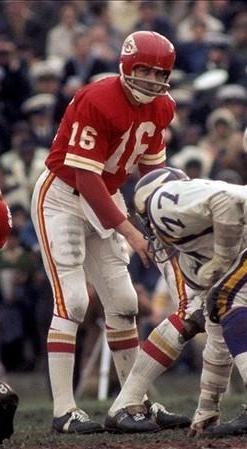 Admittedly, without Stenerud's performance, the Chiefs wouldn't have won Super Bowl IV. Stenerud was responsible for three "good" field goals (9 of the Chiefs' 23 points) and set a league record that would stand for decades to come. This game solidified his spot as one of the best kickers in league history.

Super Bowl IV was the most-watched championship broadcast since a solo network began airing the big game. Over 59.2 million football fans across the nation turned on CBS to catch the game, earning a record-high Nielsen rating of 39.4.

As was the big-network tradition in the 1960s, CBS proceeded to delete game footage in the name of saving the network money. However, the league eventually recovered the film after learning Canadian stations broadcasting the game kept the footage for archive purposes.

The Vikings stepped foot on the big stage as clear favorites to win Super Bowl IV, partially because they were considered an NFL dynasty. The Chiefs' surprising victory covered the 12-point spread, and the final game score of 23-7 left those betting on "under" the 39-point prediction with a decent pay-out. 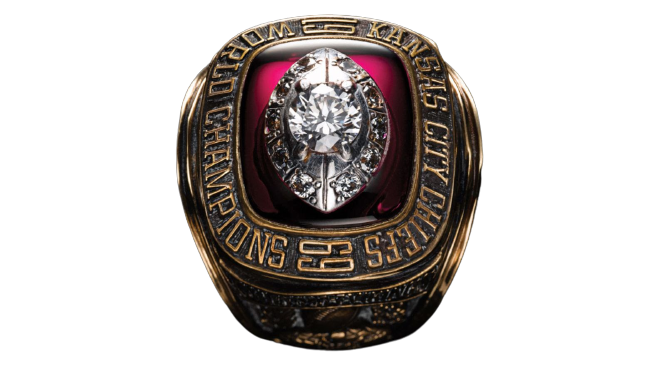 Super Bowl IV was groundbreaking in terms of a significant game upset and the two leagues' history. The Chiefs secured a tie among the NFL and AFL in Super Bowl victories, and the fourth Super Bowl marked the final time the NFL and AFL would exist as two separate leagues.

In the following season, the upcoming championship game — Super Bowl V — would bring the two best football teams back to the Miami Orange Bowl and allow a former Super Bowl contender to seek vengeance for their loss.