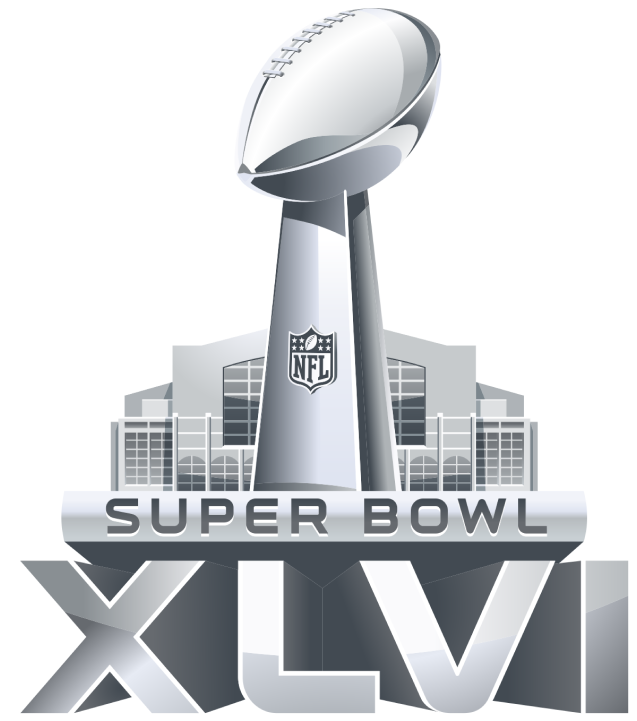 Super Bowl XLII was one of the most talked-about matchups in NFL history.

The New York Giants served the New England Patriots a surprising 3-point upset in a game presumed to be a landslide opportunity for Tom Brady's legendary Patriots. Super Bowl XLVI was New England's one shot at redemption after an embarrassing conclusion to their once 16-0 perfect season.

February 5, 2012, pitted two of the best quarterbacks in NFL history against one another, though both teams' star-power was nowhere near where it was in 2008. By the time you're done reading this article, you'll know whether the 9-7 Giants managed yet another upset victory, what led 16 websites to be shut down in the hours leading up to kickoff, and which halftime headliner delivered the most-viewed Super Bowl halftime in NFL history.

The Lead-Up to Super Bowl XLVI

The 2011-12 New England Patriots may not have been a 16-0 team as they were in 2008, but the 13-3 team could still claim 12-year veteran quarterback Tom Brady and a roster loaded with talent from edge to edge.

Brady single-handedly guided his team to an eight-game win streak in one of the best seasons of his career — 5,235 yards (the second-most in NFL history), 39 touchdowns, and a 105.6 passer rating. Making game-changing plays in the Patriots' trek toward 513 total points were receiver Wes Welker (1,569 yards), tight end Rob Gronkowski (1,327 receiving yards and 17 touchdowns), and Aaron Hernandez (910 yards).

The New York Giants largely struggled during the 2011-12 regular-season after a 16-week journey littered with injuries to star players, unusually tough match-ups, and a final 9-7 record that hardly secured a playoff berth. However, quarterback Eli Manning was still at the height of his career, setting Giants' records for touchdowns (29) and yards (4,933).

Though the Giants could add a fifth Super Bowl appearance to the franchise's accomplishments, New York became one of only three teams in history to qualify for the league championship with fewer than ten wins. The Giants' opponents also outscored them 400-394 during the season — a first-of-its-kind feat on the Super Bowl stage.

Though price gouging was typical at the league championship, Super Bowl XLVI was perhaps the worst example. Some local hotels raised their nightly rates to well over $4,000, forcing many attendees to rent a room in Chicago nearly 200 miles away.

This Super Bowl also delivered another highly-anticipated Boston/New York match-up, an ode to the Yankees/Red Sox rivalry that had been brewing for decades beforehand.

On February 5, 2012, 68,658 excited football fans poured into Lucas Oil Stadium in Indianapolis, Indiana — the home stadium of the Indianapolis Colts — for the first-ever Super Bowl hosted in the Midwestern state. Fans paid a small fortune to attend this highly-anticipated Giants-Patriots rematch, spending $1,200 on the average ticket (worth about $1,360.95 today).

The afternoon's festivities began with a National Anthem performance by former American Idol winner Kelly Clarkson, making her the fourth winner to perform at a Super Bowl pre-game — Jordin Sparks, Jennifer Hudson, and Carrie Underwood came before her. Country stars Miranda Lambert and Blake Shelton then took the stage to perform "America the Beautiful" before a somewhat unusual coin toss ceremony.

Rather than having the recently-inducted Hall of Famer Chris Martin flip the coin, the referee did so accidentally. The heads ruling earned millions of Americans free pizza by Papa John's while also shattering the NFC's 15-year coin toss win streak.

The New York Giants walked onto the turf in Super Bowl XLVI with the passion needed to pull another upset over the Patriots. The first score of the game followed an impressive deep punt by Giants' punter Steve Weatherford.

When Tom Brady intentionally grounded the ball to avoid a sack, the ensuing penalty pushed the line of scrimmage into the Patriots' end zone to give New York a safety (2 points). Eli Manning then led his team on a 78-yard march to close in on the night's first touchdown. Manning connected on a 2-yard pass to Victor Cruz, giving the Giants an early 9-0 lead before the end of the first quarter.

Tom Brady and the Patriots continued to press down the field in an attempt at retribution. New England kicker Stephen Gostkowski nabbed a 29-yarder to give the Patriots their first three points on the board. Then, the ensuing kickoff left the Patriots on their own 4-yard line and many viewers wondering if Brady could recover from such a poor starting position — he did.

The Patriots captured 96 yards in fewer than four minutes in a drive that ended on a 4-yard touchdown pass to Danny Woodhead. Going into halftime, the once scoreless Patriots now led narrowly 10-9.

The fact that Madonna actually performed at Super Bowl XLVI was surprising to most, as the affectionately-nicknamed "Queen of Pop" canceled the gig twice before in 1998 and 2000. In true Madonna style, the halftime performance began with an "over the top" vibe and a Cirque du Soleil theme.

A parade of gladiators marched to the stage before the intro to the hit song, "Vogue," started playing. Madonna emerged on a majestic throne wearing classic Egyptian garb — including a headdress and cape — as images of her Vogue covers graced the stadium floor. The musical mash-up transitioned to "Music" against the backdrop of flashing lights and a tightrope walker.

Not long into this performance, LMFAO joined Madonna on stage to sing "Party Rock Anthem" and "Sexy and I Know It," as the Queen of Pop danced alongside them. Then, two more global stars — M.I.A. and Nick Minaj — entered the spotlight with pom-poms in hand and dressed in Egyptian attire.

The duo performed "Give Me All Your Luvin'" with Madonna before CeeLo Green and a local marching band joined them on stage for performances of "Open Your Heart" and "Express Yourself." The halftime show ended on a group rendition of "Like a Prayer" that brought a dim stadium and an on-stage choir. Madonna concluded the show by seemingly evaporating into a puff of smoke as the phrase "World Peace" glowed on-stage.

Though many entertainment gurus applauded Madonna's star-studded halftime show, M.I.A. stole the show in a more negative sense: By flipping off the camera in place of singing an expletive in the song.

Tom Brady cranked up the intensity early in the third quarter in a talent display many New England fans knew well. After collecting 79 yards on plays to Johnson and Green-Ellis, Brady threw a 12-yard bullet to rookie tight end Aaron Hernandez to widen New England's lead to 17-9. However, the Giants refused to let the game slip out of their grasp, and the team clinched another three points not long after on a 38-yard field goal by kicker Lawrence Tynes.

New York’s defense pressed Brady and the Patriots' offense even harder in the remaining minutes of the third quarter, regaining possession after just four plays for another attempt at points on the board. The Giants succeeded — Tynes clinched yet another field goal to leave New York trailing only 17-15 now.

The Patriots and Giants traded punts and turnovers in the second half, with both teams desperate to score one last time to secure a comfortable victory. The Giants pressed down the field at rapid-fire speeds as both teams used up their timeouts to slow the game clock while simultaneously keeping their opponents from wasting time.

The Patriots made the risky decision to allow the Giants to score on a 6-yard touchdown pass to the legendary Ahmad Bradshaw. With only 57 seconds left on the clock and trailing 21-17 (the Giants' two-point conversion failed miserably), Tom Brady's last play of the night was a Hail Mary pass to Hernandez that the Giants' defensive line managed to block.

The Giants walked away from the big game with their fourth league championship in franchise history and a cool $88,000 payout per player. 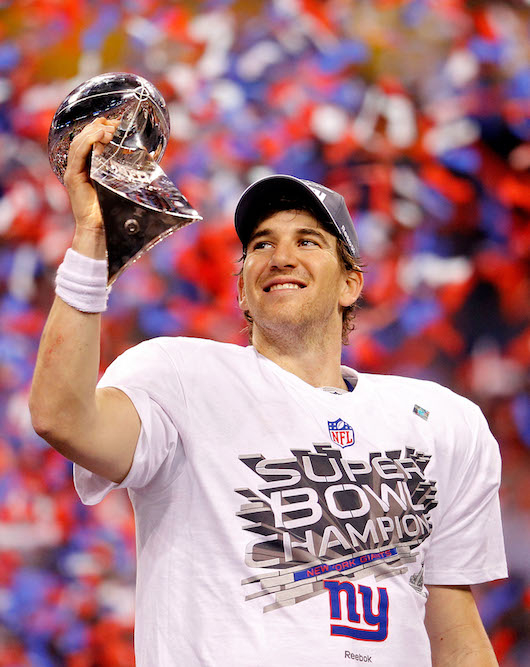 With this high-profile play, Manning also became the first-ever NFL quarterback to win the Super Bowl in the same season he threw for 4,900 or more yards.

While NBC owned sole broadcasting rights for Super Bowl XLVI, 2012 was undoubtedly within the digital era. As a result, viewers at home could also tune into the match-up via live stream on the NBC or NFL websites or the NFL Mobile app on their smartphones. The Federal Government took extra initiatives to prevent illegal feeds online during the game, shuttering 16 different websites on February 2.

Over 159.2 million Americans clicked over to watch the game (legally), the sixth-highest viewership among all Super Bowls to date — a move that also recorded an admirable 47.0 Nielsen rating.

During Super Bowl XLVI, the commercials airing were also a huge hit, with major companies shelling out more than $3.5 million for a 30-second ad slot. Of the most talked-about commercials of the night was a Pepsi commercial starring Elton John as a Middle Ages king, Ferris Bueller in a Honda ad, and a comedic M&M commercial featuring the Brown M&M dancing to "Sexy and I Know It."

Though the Giants approached Super Bowl XLVI with a dismal 9-7 record, experts knew that Eli Manning and the Giants had a knack for defeating the Patriots — just like they did at Super Bowl XLII and in week 9 of the 2011-12 season. Again, the Patriots went into the Super Bowl as favorites but by a 2.5-point margin rather than 12 like last time.

History had repeated itself by the time the game clock ran out in Indiana. The Giants' 4-point victory (21-17) allowed Eli Manning and his squad to cover the spread by seven points. The over/under was also exceptionally far-off for these unpredictable rivals. With 38 total points racked up on gameday, the 53-point over/under remained in "under" territory by 15 points. 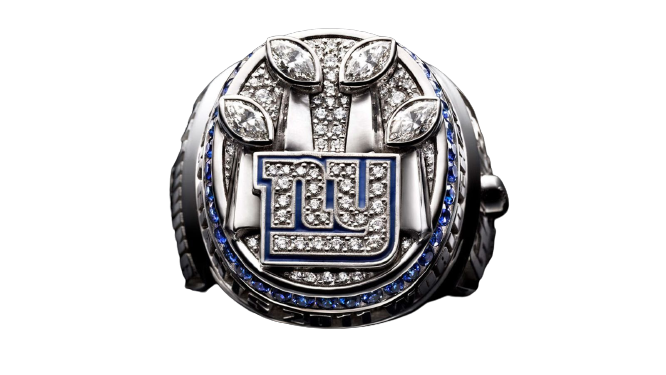 Super Bowl XLVI may have been a disappointment to Patriots' fans used to winning, but it was an undeniably exciting game. On top of a final minute unlike any other Super Bowl before it, Super Bowl XLVI captured the attention of millions of users on social media — the game racked up 13.8 million tweets in a five-hour span.