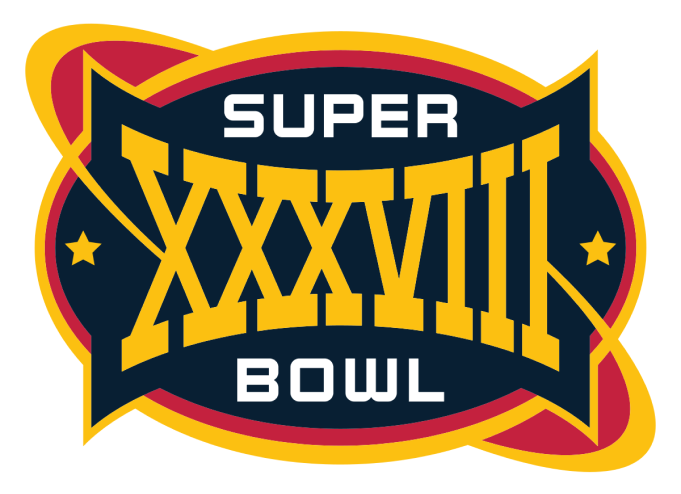 Houston, Texas hosted Super Bowl XXXVIII on February 1, 2004. The New England Patriots returned to attempt to win their second Super Bowl title, while the Carolina Panthers made their first appearance in franchise history.

While the game is remembered as one of the best ever, it was not without controversy. The game itself is possibly overshadowed by one of the most shocking halftime shows ever. Read more to find out about this great game, and how the word “wardrobe malfunction” entered the popular lexicon.

The Lead-Up to Super Bowl XXXVIII

Houston was chosen as the host city for Super Bowl XXXVIII in 2000. Reliant Stadium would be the first host stadium to have a retractable roof. It also marked the tradition of the Super Bowl being played on the first Sunday in February.

The Carolina Panthers franchise began in the 1996 expansion. Led by coach John Fox the Panthers steadily improved over the nine years of their existence to gain their first Conference Championship and chance at Super Bowl glory. With a 12-4 regular-season record, they had a lot of momentum going into the game.

After coming up short the previous season, Tom Brady with coach Bill Belichick led his team to another chance to clinch a Super Bowl title.  After a rough 2002 season, the Patriots ended the 2003 regular season 14-2.

When John Fox took the helm, he took advantage of free agency to rebuild the Carolina team. Fox picked up quarterback Jake Delhomme who had been playing for several seasons in NFL Europe. Delhomme finished the regular season passing 3,219 yards for 19 touchdowns and 16 interceptions. Wide receiver Steve Sharp proved himself as a kick return specialist while catching 88 passes and scoring 7 touchdowns. Another wide receiver Mushin Muhammad was also a constant threat with 88 receptions and 3 touchdowns. The running game was the Panthers’ true weapon with running backs Stephen Davis (1,444 yards and 8 touchdowns) and Rod Smart (947 yards and 1 touchdown).

After winning the 2001 NFL title the Patriots came up short in 2002. The beginning of the season began on a moral crushing note with Lawyer Milloy being cut from the team just days before the season started, and then leading the Buffalo Bills to a crushing victory over New England 31-0. After losing their first two games, the Patriots were able to regroup to earn their spot in the Super Bowl.

Super Bowl XXXVIII was the first game held in a stadium with a retractable roof. This game was also notable for having no scores for the first and third quarters, but explosive second and fourth quarters. A young, hungry team faced off against a team that had tasted Super Bowl glory before and wanted to taste it again.

The game was also known for the controversial halftime show which would cause changes in FCC regulations going forward.

Instead of introducing their starters individually, both teams opted to enter the field as a team. Before the game, the crew of the Columbia Space Shuttle Disaster (which occurred one year prior in Houston) was honored with Josh Grobin singing “You Raise Me Up”.

More of the same appeared to happen at the beginning of the second quarter. The Patriots drove to the Panthers’ 18-yard line with six minutes remaining in the quarter. The Panthers' defensive line kept them out of the end zone, and another field goal attempt was blocked by Shane Burton. The Panthers offense had similar struggles with Delhomme was only able to have one completion and suffered 3 sacks and 1 fumble. Richard Seymour recovered the fumble allowing the Patriots to take control.

After a successful drive, Deon Branch scored the first touchdown after 26:55 of gameplay, the longest scoreless streak in Super Bowl history.  This score set off a chain reaction of scores for both teams to end the first half. Delhomme threw a 39-yard touchdown pass to wide receiver Steve Smith to tie the game. With just over a minute to play, the Patriots were able to complete another scoring drive with Givens completing a touchdown to give the Patriots a 14-7 lead. The Panthers were able to get into field goal range for kicker John Kasay to kick a 50-yard field goal to end the half at 14-10.

The halftime show began well-enough with Jessica Simpson doing a presentation for MTV’s Choose or Lose campaign. The show then segued into a joint performance of the University of Houston and Texas Southern University marching bands.

Next Janet Jackson sang her hit “All for You”. She was then joined by P. Diddy and Kid Rock who performed a medley of their hits. Janet Jackson then performed “Rhythm Nation” after which Justine Timberlake joined her in a duet of his song “Rock Your Body”.

Their performance included some sexually suggestive dance moves, but the most shocking moment came during the end where Timberlake sang “I’m going to get you naked by the end of this song”. At that moment he tore off a part of Jackson’s costume, revealing her right breast (it was covered with a nipple shield, which covered most of her exposed breast). Cameras quickly cut away to an aerial view.

However, the damage was already done and many called to complain to the network over what was deemed indecent exposure. Future FCC regulations would be enforced to prevent further “wardrobe malfunctions” occurring.

Much like the first quarter, the third quarter was a punting competition between both teams. The Patriots were able to put together an 8-play drive with Daniel Graham got to the Carolina 9-yard line.

Antowain Smith opened the quarter by capping the Patriots scoring drive with a touchdown to increase their lead 21-10. Deshaun Foster was able to score a 33-yard touchdown run to close the gap 21-16. The Patriots attempted a scoring drive of their own, but Reggie Howard intercepted a Brady pass in the end zone.

Delhomme then completed an 85-yard pass to Mushin Muhammad to take their first lead of the game at 22-21. Vrabel was able to score a 1-yard touchdown, with Kevin Faulk successfully completing a two-point conversion to retake the lead 29-22. The Panthers answered later with a Ricky Proehl touchdown to tie the game 29-29, which made many think the game would go into overtime with only 1:09 remaining.

Kasay would kick the ball out of bounds, forcing the Patriots to start on their own 40-yard line. Brady was able to complete passes to Brown and Branch to get the Patriots in field goal range. A successful 41-yard field goal gave New England a 32-29 lead with four seconds remaining. The Panthers were unable to make anything happen with the final kick return, and New England won their second Super Bowl as time ran out.

Tom Brady earned his second MVP award in Super Bowl XXXVIII. He set a then Super Bowl record with 32 completions during the game. 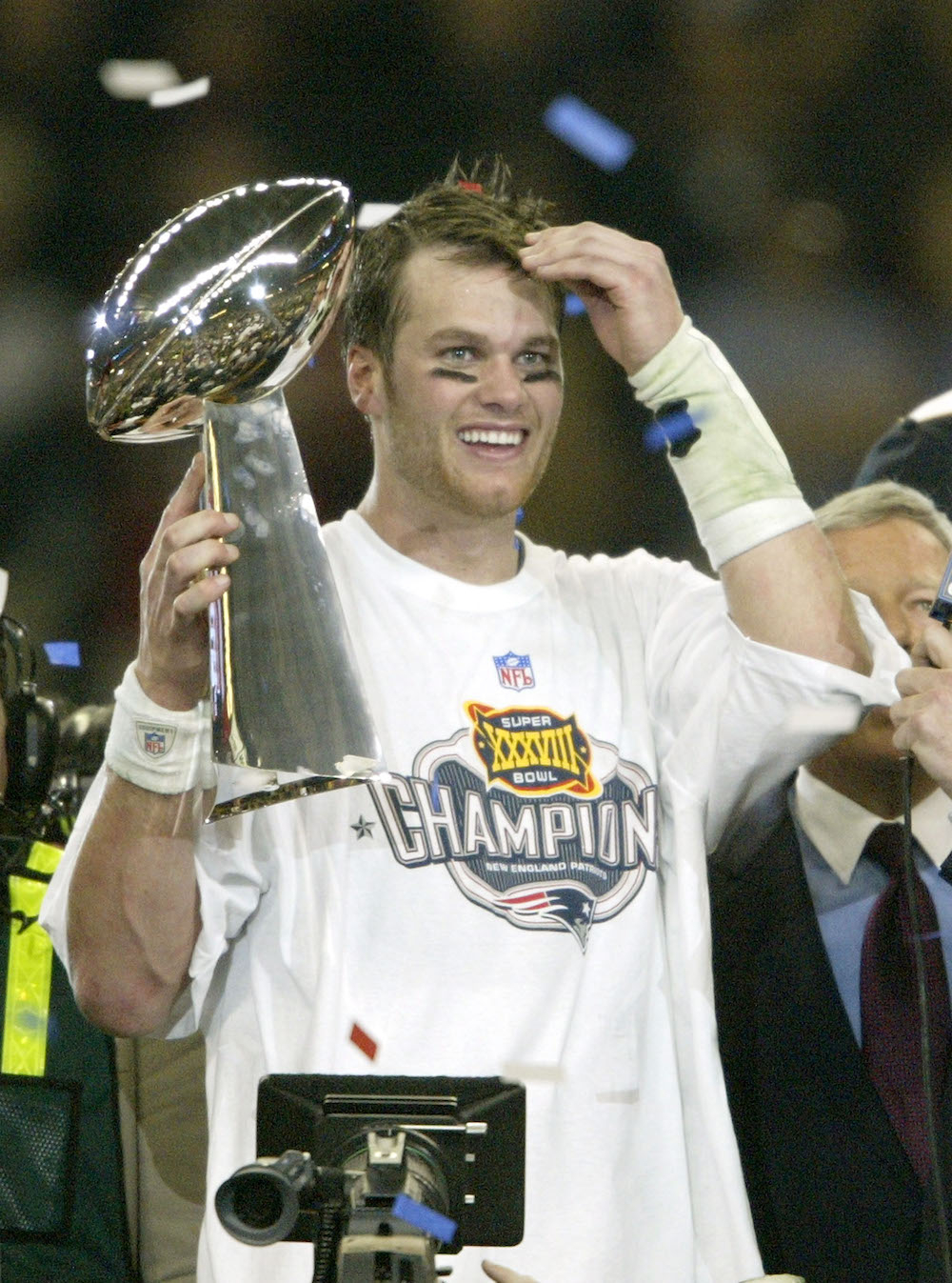 The Patriots were the odds on seven-point favorites. However, as they only won by three points they did not cover the point spread.  New England’s players each received a $68,000 bonus, while the Carolina players were awarded $38,500 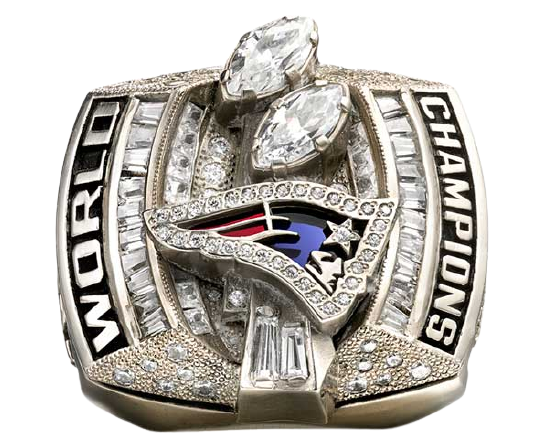 Super Bowl XXXVIII was one of the most exciting games in Super Bowl history. From a defensive battle in the beginning to an explosive scoring battle at the end it was one of the more memorable games in the sport. The game also established Tom Brady as the quarterback that New England would build their team around for years to come.

Sadly, the controversial halftime show tends to overshadow the game in popular memory.