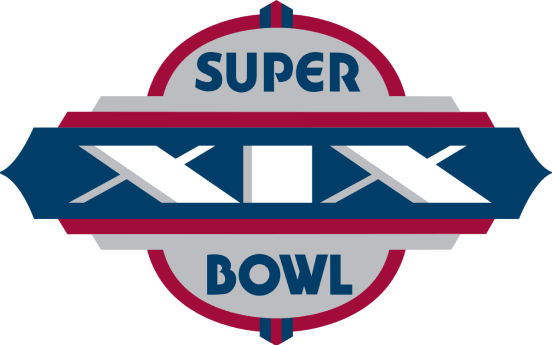 Nearly every Super Bowl before Super Bowl XIX had something in common: A compelling storyline. This time, it was a tale of two quarterbacks — both Joe Montana and Dan Marino were two of the best in the league during the 1984-85 season. And each team shattered records, scored the #1 seed in their respective conferences, and easily soared into a place of Super Bowl contention during the playoffs.

This was a Super Bowl in which both starting quarterbacks clinched a record 300+ yards during the game. By the time you're done reading this article, you'll know which records Dan Marino slashed to get here, which new network hosted the big match-up, and which high-profile guest aided in the coin toss ceremony.

The Lead-Up to Super Bowl XIX

The Miami Dolphins entered the 1984-85 season vying for their fifth Super Bowl appearance and second title. Leading the pack in Miami was a second-year quarterback — Dan Marino. Marino nabbed NFL records for his 5,084 passing yards, 48 touchdowns, 362 completions, and nine games with 300+ yards despite lacking experience. His ability to dodge sacks and test defenders had experts predicting Marino would be a repeat Super Bowl contender.

Helping to guide the Dolphins toward Super Bowl XIX was wide receiver Mark Clayton (1,389 yards and a record 18 touchdowns), punter Reggie Roby (averaging 44.7 yards per punt), and guard Ed Newman (limiting Marino to just 13 sacks all season). Defensively, the Dolphins were lacking, allowing the most number of rushing yards during the season. However, offensively, the Dolphins snagged a record 513 points on the season and a gnarly 7,064 yards.

The San Francisco 49ers returned to the Super Bowl stage following a two-year drought after their 1982 victory. Still leading the 49ers was Super Bowl XVI MVP quarterback Joe Montana, who ended the 1984-85 NFL season with a 64% pass completion rate, 28 touchdowns, and 3,630 yards. Montana also guided his team toward the first instance in NFL history where a team clinched 15 victories since the league opted for a 16-game regular season in 1978.

The record-breaking 15 wins were possible thanks to running back Roger Craig (seven touchdowns and 649 rushing yards), running back Wendell Tyler (1,262 rushing yards), and a defensive line limiting opponents to just 227 points in total (a league record on the season). And with 475 points scored — the second-best in the league — and 6,544 yards throughout the season, San Francisco wasn't significantly better than their opponents, though the “favorites.”

On January 20, 1985, over 84,059 NFL fans crowded into Stanford Stadium in California — the fourth time in NFL history that a college stadium hosted the game, and the second time a team on the field was local to the host city (San Francisco is about 30 miles away). It cost fans an average of $60 for a seat to catch the big game (worth about $145.14 today).

The pre-game festivities brought several local choir members to center-stage to perform the National Anthem, continuing into a coin coss where the recently-inaugurated president — and California-native — Ronald Reagan participated via live satellite. After a "tails" ruling and a T-37 flyover by the U.S. Air Force, the Dolphins kicked off to start the clock on Super Bowl XIX.

Despite having quarterbacks of a similar caliber, Super Bowl XIX didn't begin with the intensity and momentum that many fans anticipated. The Dolphins had to settle for Uwe von Schamann's 37-yard field goal after falling short on a fourth-down opportunity. In true 40ers fashion, San Francisco responded practically immediately.

The 49ers handily collected 78 yards to capture a 33-yard touchdown pass to running back Carol Monroe with just three minutes remaining in the quarter. The 7-3 49ers lead only lasted for a few minutes until Johnson caught a 2-yard touchdown pass. The first quarter ended with a 10-7 Miami lead.

The second quarter was San Francisco's time to shine. After forcing Miami to punt in a bad position, the 49ers regained possession to nab a touchdown pass to Roger Craig. The 49ers then secured two additional back-to-back touchdowns: A 6-yard run from Montana himself and a 2-yard touchdown by Roger Craig. San Francisco's ability to clinch 107 yards over 15 plays helped them secure a 28-10 lead over the Dolphins by the half.

While the teams returned to the drawing board with a 12-point San Francisco lead, the fans in Stanford Stadium and at home enjoyed a treat. A U.S. Air Force ensemble, Tops in Blue, took the field for a show entitled, "World of Children's Dreams." Considering that Super Bowl XIX also fell on the day of Richard Nixon's official inauguration, this performance oozed patriotism.

After 49ers' kicker Ray Wersching drove the ball through the uprights on a 27-yard field goal, any chances of a Dolphins' comeback disappeared. Montana later connected on a 16-yard pass to Craig halfway through the third quarter to put Super Bowl XIX completely out of Miami's reach. The San Francisco 49ers clinched their second-ever Super Bowl against the Miami Dolphins with a score of 38-16.

Given these statistics, it's no surprise that Montana left the field admitting this was the best game he had ever played, something that had seemingly rubbed off on the rest of the roster.

In 1982, the NFL made a significant change regarding the broadcasting of future Super Bowls. Rather than alternating between CBS and NBC like the league had been doing since 1968, they added ABC into the cycle. Whether it was the high-profile quarterback match-up or the fact that the 49ers were the unofficial "home team," America took notice.

Over 115.93 million Americans watched Super Bowl XIX coverage and captured a remarkable 46.4 Nielsen rating. The broadcast of the nineteenth Super Bowl was also a bit different than years past. This championship game marked the first time in NFL history a Super Bowl broadcasted with live closed-captioning, while also airing in Australia the following morning.

The San Francisco 49ers became the first team in NFL history to reign victorious in 15 regular-season games and still had Super Bowl XVI MVP Joe Montana starting in the quarterback role. And while Miami's 14-2 record was impressive for a team with a rookie quarterback calling the shots, the 49ers neared Super Bowl XIX as the predicted champions.

The 49ers took the 3.5-point spread and decimated it by the beginning of the second quarter, allowing San Francisco to cover the spread by a whopping 19 points (nearly three touchdowns). The 53.5 over/under bet was a real toss-up throughout the game. However, with 54 total points scored in Super Bowl XIX, betting on "over" secured a pay-out by a narrow 0.5-point margin. 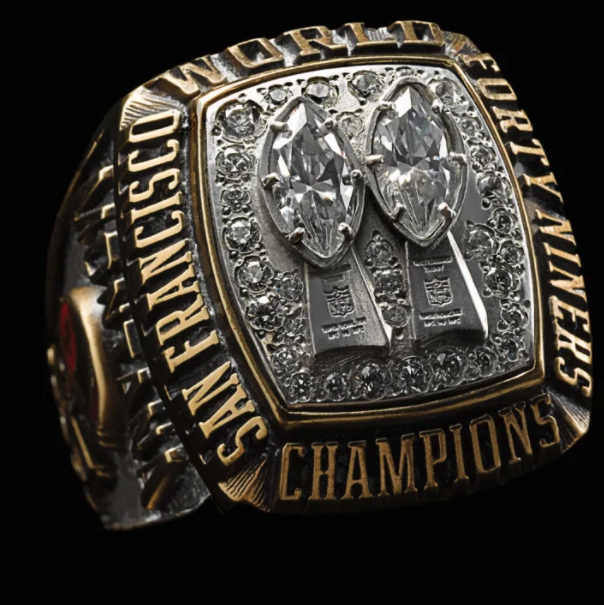 While neither team nor quarterback from Super Bowl XIX returned for the next installment, Super Bowl XX was one-of-a-kind. Both teams qualifying for the league championship had never fought for the title in seasons past, but only one team was one we know very well in today's NFL — can you guess which team made their first Super Bowl appearance in 1986?