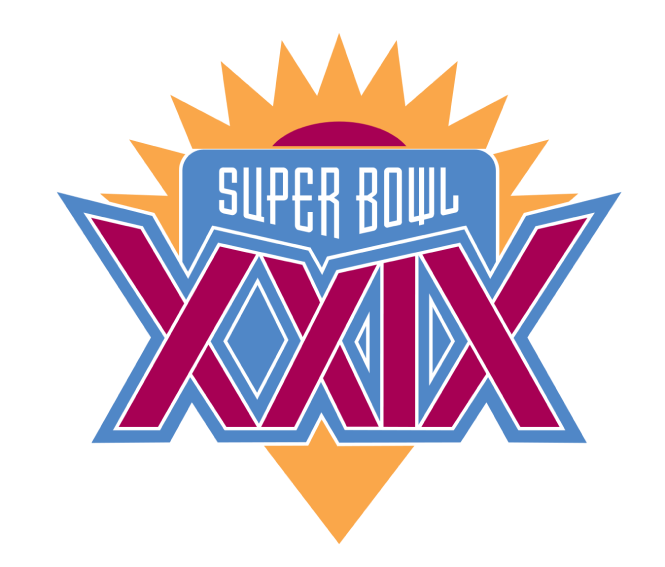 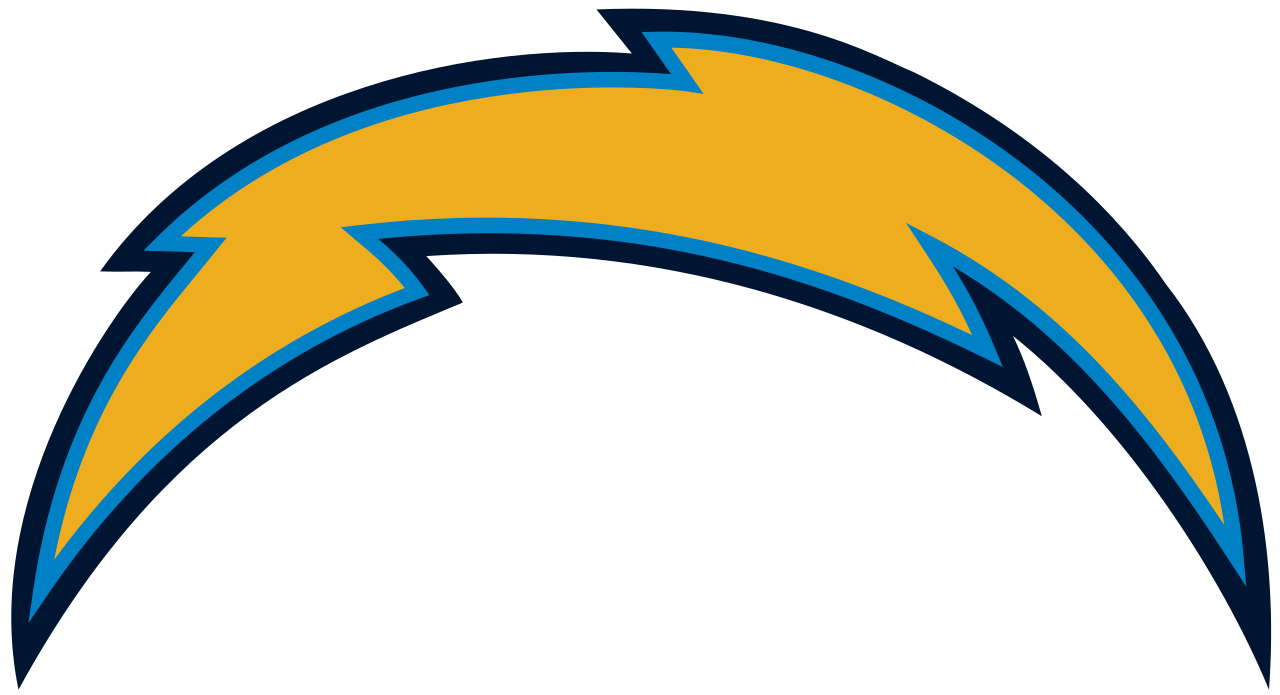 Super Bowl XXIX was about much more than determining which California-based NFL team reigned superior. It also gave the 49ers a chance at becoming the first-ever team to capture five Super Bowl victories. Meanwhile, their opponents — the San Diego Chargers — surprised many when they qualified for Super Bowl XXIX, as the team only advanced to the playoffs a handful of times in franchise history and had a roster largely made-up of rookies and free agents.

January 29, 1995, marked a Super Bowl pitting two teams with wildly different talent calibers against one another, with the Chargers touting “no shot” against the dynasty-like 49ers. By the time you're done reading this article, you'll know which popular television shows featured the match-up, which singing sensations performed at the Disney-produced halftime show, and how much advertisers shelled out for a 30-second commercial slot.

The Lead-Up to Super Bowl XXIX

The San Diego Chargers earned their first shot at a Super Bowl title after overhauling the team's playing style when Bobby Beathard — former general manager for the Washington Redskins — joined the squad. Although the Chargers' starting line-up included ten newly-drafted players, this "Cinderella team" somehow pulled off an 11-5 regular-season record and the #2 seed among all AFC teams.

At the helm in San Diego was former-Redskins back-up quarterback Stan Humphries, who closed out the 1994-95 season with 17 touchdowns and 3,209 yards. Helping to keep the underdogs thriving mid-season were standout players like wide receiver Mark Seay (645 yards), running back Natrone Means (1,350 rushing yards), and Andre Coleman (1,293 kickoff return yards).

The defensive line in San Diego was also nothing to sneeze at — defensive end Leslie O'Neal clinched 12.5 sacks while linebacker Junior Seau snagged 123 tackles on the season.

Desperately looking to return to the Super Bowl stage since winning big during Super Bowl XXIV, the coaching staff in San Francisco completely overhauled the roster. The 49ers recruited a slurry of veteran defensive stars, like Super Bowl XX MVP Richard Dent and Ken Norton Jr. — a play that transformed the 18th best defensive in the league to the 8th best.

Joe Montana's replacement (Steve Young) still held down the fort in the quarterback role, earning a historic 112.8 passer rating, 35 touchdowns, and 3,969 yards. The 49ers also neared Super Bowl XXIX with the most points in the league (505) and an untouchable 13-3 record.

Joining Young on the field was a top-notch roster, including running back Ricky Watters (877 rushing yards), receiver Jerry Rice (1,499 yards over 112 catches), and running back Dexter Carter (1,426 yards on special teams).

On January 29, 1995, 74,107 fans raided Joe Robbie Stadium in Miami, Florida to watch the predicted Chargers blowout at the hands of the 49ers — marking a return to the stadium for the first time since 1989. Fans paid a lofty $200 for the average ticket to claim a seat in the arena to watch history in the making (about $341.72 today).

The pre-game festivities got the fans in Joe Robbie Stadium up on their feet and singing along, featuring country star Hank Williams Jr.. Not long after, Kathie Lee Gifford (of Live! with Regis and Kathie Lee fame) took to the field to perform the National Anthem. A quartet of new Hall of Famers participated in the coin toss — landing on heads — before kicking off Super Bowl XXIX.

The San Francisco 49ers got on the board early in the first quarter on just the third play. Steve Young fired off a 44-yard bullet to Jerry Rice, who sprinted into the end zone — the fastest-recorded touchdown in Super Bowl history (1:24).

San Francisco held this momentum into their next possession after advancing 79 yards down the field, ending on a 51-yard lob to Ricky Watters for a touchdown. The Chargers didn't let San Francisco's 14-0 lead hinder their momentum. Both the Chargers and 49ers traded touchdowns: San Diego on a 1-yard run by Natrone Means, and San Francisco shortly after on a 5-yard touchdown by William Floyd.

Near the end of the second quarter, San Francisco's Watters yielded the 49ers another seven points on an 8-yard pitch. Shortly after, Chargers' wide receiver Seay botched a touchdown catch, leading San Diego to opt for a 31-yard field goal to narrow San Francisco's lead to 28-10.

The upcoming opening of the Indiana Jones Adventure: Temple of the Forbidden Eye ride at Disneyland (Anaheim, California) and two Super Bowl teams from California proved to be an incredible source of inspiration at halftime. The Super Bowl XXIX halftime show reenacted a quintessential Indiana Jones scene.

However, this time, Marion Ravenwood, alongside the heroic Indiana Jones, had a new mission: To pillage the Vince Lombardi Trophy from the mysterious Temple of the Forbidden Eye. As the Godmother of Soul Patti LaBelle belted "Release Yourself," Jones and Ravenwood descended on the Temple via parachute. After rescuing the loot, the duo wound up at the hopping night club known as Club Disneyland.

There, attendees appeared to be enjoying a musical ballad by "I Left My Heart In San Francisco" crooner Tony Bennett and trumpeter Arturo Sandoval. The Temple guards confronted Jones and Ravenwood at the club, capturing both the Vince Lombardi Trophy and Ravenwood before returning to the Temple. Indiana Jones jumped into action and rescued both from the Temple.

The halftime show ended on a rendition of "New Attitude" by Patti LaBelle and a Bennett-LaBelle duet of "Can You Feel The Love Tonight" from the 1994 Disney flick, the Lion King. Despite the mass amount of pyrotechnics, sky-divers, and on-field dancers, many believed the Indiana Jones-themed halftime show to be the worst of all-time (or second-worst compared to the highly-criticized Black Eyed Peas halftime show in 2011).

Despite leading by 18 points, the 49ers kept charging by adding another 14 points to the scoreboard. First came Watters clinching his third touchdown of the night following a 62-yard march by Young and the 49ers. Not six minutes later, San Francisco — again — found themselves in the end zone on a 15-yard toss to Rice.

And surprisingly, San Diego’s Andrew Coleman converted a kickoff reception into a 98-yard mad dash into the end zone — the first two-point conversion in Super Bowl history followed after a new addition to the rulebook.

Steve Young didn't let his team's 42-18 lead slow him down as he succeeded in his sixth touchdown pass of the night to Rice (who also recorded his third touchdown of the game). With little more than two minutes left, Tony Martin of the Chargers snagged a 30-yard pass from Humphries for another eight points (another two-point conversion). With that, the San Francisco 49ers won a record fifth Super Bowl by a score of 49-26.

Young was also quite proud of his Super Bowl performance, going on to say in interviews that Super Bowl XXIX was the first time in his life he'd ever thrown six touchdown passes.

Viewership was a primary concern leading up to the Super Bowl XXIX broadcast. There was an ongoing belief that two California teams hitting the gridiron would lack appeal on the East Coast, and the Chargers were a substantially lesser-known team (compared to the 49ers). Still, over 125.21 million viewers tuned in to ABC on Super Bowl Sunday to watch the teams duke it out, though the Nielsen rating (41.3) was less than impressive.

By Super Bowl XXIX, the NFL market was undeniably "hot" — advertisers spent over $1 million on 30-second ad slots for the first time in history, and the game aired in a record 150 countries globally. Meanwhile, the allure of this match-up also gained traction in the sitcom world, with episodes of Full House, Home Improvement, and Seinfield making mention of the game.

The fact that the San Diego Chargers even qualified for the playoffs was surprising to most. Most of the team's roster consisted of rookies (22) or free agents, and the Chargers were still attempting to catch their footing. Meanwhile, the San Francisco 49ers acquired a handful of free agents that skyrocketed their defensive line talents (from #18 to #8), and quarterback Steve Young was arguably the most talented quarterback in the entire league (a 112.8 passer rating).

Not surprisingly, the 49ers were clear favorites to win with a noble 18.5-point spread for Super Bowl XXIX. San Diego's 23-point defeat (49-26) let the 49ers cover the spread by a hard-fought 5-point margin. The teams surpassed the 53.5 over/under before the third quarter ended — toppling into "over" territory by a comfortable 23 points.