Up until 1979, the Super Bowl was merely the culminating event of the regular NFL season. It was a chance for the best teams from each conference to vie for the Lombardi Trophy. Super Bowl XIII was different. Not only were both teams no strangers to the big stage, but it was also the first rematch in Super Bowl history, a rerun of the 1976 installment.

January 21, 1979, was a pivotal day, with the brawn on the field convincing many casual fans to follow the NFL much more closely in the years to come (an unofficial national holiday, of sorts). By the time you're done reading this article, you'll know which team on the field claimed their third Super Bowl title, why Super Bowl XIII became known as "Black Sunday," and how the teams engaged in a “war of words” before kickoff.

The Lead-Up to Super Bowl XIII

The Dallas Cowboys went into Super Bowl XIII with a shot at retribution. During the 1978-79 season, the Cowboys led the league in points (384), were second for total yards (5,959), and boasted a Doomsday Defense that limited opponents to a record-low 107.6 yards per game.

Returning to call the shots for Dallas was the Super Bowl VI MVP Roger Staubach, who concluded the season with an 84.9 passer rating, 3,190 yards, and 25 touchdowns.

The Pittsburgh Steelers neared Super Bowl XIII as the No. 1 seed in their conference and the fan favorites to claim victory. Not only did veteran quarterback Terry Bradshaw outperform all of his previous seasons (2,195 yards, 28 touchdowns, and an 84.8 passer rating), but the rest of the Steelers' starting line-up was just as impressive.

Like many others before it, Super Bowl XIII didn't arrive without a little extra drama and pressure. Soon enough, the Cowboys were waging a war of "trash talk," with linebacker Thomas Henderson predicting a shut-out of the all-star Steelers and declaring quarterback Terry Bradshaw couldn't even spell the word "cat."

On January 21, 1979, about 79,484 fans lined up outside the Miami Orange Bowl in sunny Florida to see the greatest Super Bowl match-up in recent history. Fans paid an average of $30 for a ticket (worth about $107.55 today) and filed in early to catch the Dallas Cowboys' cheerleaders' pregame performance.

After a National Anthem performance by an a cappella group (The Colgate Thirteen) and a coin toss ceremony led by Bears coach George Halas that included a classic 1920s-era car, a coin toss — landing on heads — set Super Bowl XIII underway.

The Dallas Cowboys began Super Bowl XIII with momentum behind them, racing to the Steelers' 38-yard line on the opening drive before fumbling on a reverse-pass play. Upon gaining possession, the Steelers found themselves on third down and looking to be the first team on the board. A 12-yard pass to wide receiver John Stallworth and a 10-yard pitch to Randy Grossman later, and Bradshaw and the Steelers found the end zone on a 28-yard toss to Stallworth.

The remainder of the first quarter exhibited both teams' high-intensity playing styles — including turnovers, punts, sacks, and interceptions. With just seconds left in the first quarter, Staubach (Cowboys) narrowly avoided a Pittsburgh blitz play, allowing wide receiver Tony Hill to tie up the game (the first time the 1978-79 Steelers defense gave up a first-quarter touchdown all year).

Tied 7-7, the Cowboys weren't planning to let a Steelers' possession stop them from scoring. An accidental collision between Franco Harris and Bradshaw forced a fumble — which Bradshaw immediately recovered — but allowed Dallas's Mike Hegman to strip the ball for a 37-yard touchdown (Cowboys 14-7). Now trailing 14-7 with a knack for turning the ball over, the Steelers responded quickly.

Bradshaw pitched a short pass to Stallworth, who dodged the Cowboys D-line and seized a 75-yard touchdown. The two stand-out teams traded punts, sacks, and fumbles before Steelers kicker Roy Gerela barely missed a 51-yard field goal. The Steelers made good on their final possession of the half, running Swann 50 yards before Bradshaw completed a 7-yard touchdown pass to Rocky Bleier.

The Cowboys were trailing 21-14 going into halftime. As both teams returned to the locker room to strategize, Ken Hamilton — alongside traditional Caribbean bands — took the field for a halftime performance entitled, "Carnival: A Salute to the Caribbean."

The second half of Super Bowl XIII was just as exciting as the first, albeit getting off to a slower start. The Cowboys advanced to the Steelers' 10-yard line before Staubach botched a lob to tight end, Jackie Smith, while on fourth down. As a last-ditch effort to add points to the board before the end of the quarter, Cowboys kicker Rafael Septién opted for a 27-yard field goal and narrowed the Steelers' lead to 21-17.

Combined, the Steelers and Cowboys added an extra 27 points to the scoreboard in the fourth quarter alone. Pittsburgh nailed two back-to-back touchdowns in a matter of 29 seconds, bringing the Steelers up to a 35-17 lead with a little less than seven minutes remaining in the game. While some Steelers players were already celebrating their looming victory, Dallas players on the field refused to give up hope.

Despite the Cowboys mocking the intelligence of Terry Bradshaw before the big game, the Pittsburgh quarterback walked away with a stand-out performance and the MVP.

Terry Bradshaw was undoubtedly the best player on the field down in Miami. However, 16 Super Bowl XIII players found themselves being inducted into the Pro Football Hall of Fame later in their careers — ten from the Steelers, and six from the Cowboys. To date, no Super Bowl match-up has exceeded this enormous level of talent.

Super Bowl XIII was the first time in NFL history that fans truly felt the best of the best were on the field. This belief clearly reflected in the remarkably high national viewership — over 93.63 million football fanatics partook in the festivities, helping the NBC broadcast grasp a record 47.1 Nielsen rating.

Betting on NFL football games had become a growing tradition in American culture by the time Super Bowl XIII neared, and the spread fluctuated wildly before kickoff. The once 2.5-point spread in favor of the Steelers finally settled on a 3.5-point spread.

Pittsburgh covered the spread narrowly, causing bookmakers in Vegas to lose upwards of $3 million on a single game. January 21, 1979, became known as "Black Sunday" and left many bookmakers reeling from this massive financial loss.

While an over/under of 37 on a big Super Bowl game would normally be "lofty," the field players' star-power was greatly underestimated. Not only did Super Bowl XIII win "over" betters big, but the final 35-31 score nearly doubled this anticipated score. 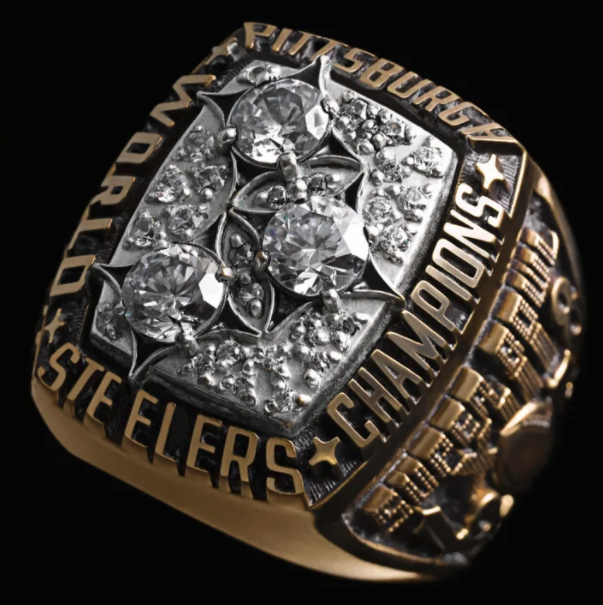 Super Bowl XIII was a high-profile game with the best league players lacing up for a championship shot. This 1979 game undoubtedly put an even brighter spotlight on future Hall of Famers like Terry Bradshaw, Franco Harris, and Lynn Swann. However, Super Bowl XIV was nearly the exact opposite: Aside from a Super Bowl XIII contender vying for yet another title, their opponents weren't even as close to as high on the totem pole.