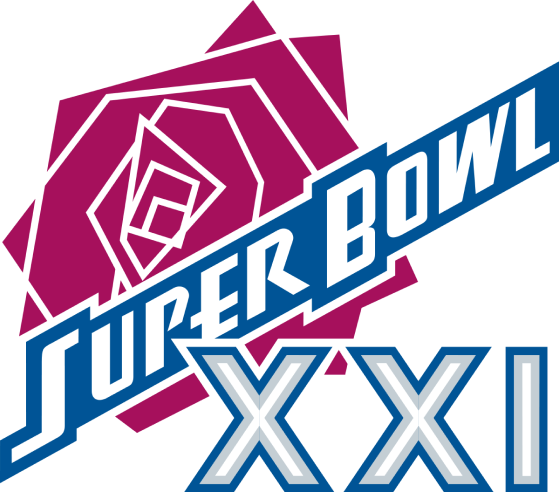 By Super Bowl XXI, the NFL had already clinched two-straight decades of successful Super Bowls, with total viewership exceeding 1.6 billion. However, this Super Bowl was unlike any other before it. This hard-fought Broncos-Giants matchup yielded one quarterback a passer rating above 150, brought the Beach Boys to Pasadena for a pre-game performance, and included 11 separate additions to the scoreboard.

January 25, 1987, marked a Super Bowl starring the New York Giants for the first time, despite a slightly declining viewership. By the time you're done reading this article, you'll know if the newcomers — the Giants — won their first Super Bowl, which traditions took off after their introduction during the game, and why the Giants approached Super Bowl XXI as the clear favorites to win.

The Lead-Up to Super Bowl XXI

The Denver Broncos entered the 1986-87 season looking to return to the Super Bowl stage after a nine-year drought, concluding the regular season with the #2 seed and a decent 11-5 record. Leading the pack down in Colorado was rookie quarterback John Elway, who nabbed 19 touchdowns, 3,480 yards, and 257 rushing yards with a knack for thinking on the fly.

Despite having a strong O-line, Denver's defensive roster was also a force to be reckoned with, allowing the fewest rushing yards all season (1,651). Driving the team on defense were members of the elite Orange Crush defense, vying for a shot at redemption before retiring.

The New York Giants qualifying for Super Bowl XXI was monumental in two areas: It was the team's first Super Bowl appearance and the first time since 1963 that New York made it to the league championship. Veteran quarterback Phil Simms led the team to an impressive 14-2 season after securing 21 touchdowns and 3,487 yards — though the Giants could've done without his 22 interceptions.

Tight end Mark Bavaro clinched 1,001 yards and four touchdowns on the season as a seeming ball magnet, but the running game is where New York shined brightest. Other standout players that added points to the board or brought the Giants down the field included running back Joe Morris (1,516 rushing yards and 14 touchdowns) and fullback Maurice Carthon.

On the defensive end, the Giants boasted a defense earning the moniker of "The Big Blue Wrecking Crew," limiting opponents to fewer than 20 points per game in all games but one and just 4,757 yards allowed all season. The defensive line-up included linebacker Lawrence Taylor (20.5 sacks) and safety Terry Kinard (four interceptions), just to name a few.

On January 25, 1987, around 101,063 anxiously took their seats in the Rose Bowl out in Pasadena, California — the fourth time the stadium hosted the big game in the previous ten years. It cost an average of $75 to claim a seat (valued at $171.84 today), the last "moderate" ticket cost before a looming price increase.

Above, you can see what a ticket to Super Bowl XXI looked like.

The Broncos hit the ground running on the opening kickoff of Super Bowl XXI. After a faked handoff and a 24-yard lob to receiver Mark Jackson, the tough Giants defense forced the Broncos to choose a 48-yard field goal by kicker Rich Karlis instead.

The Giants responded immediately with a series of plays spanning 78 yards and involving Robinson, Bavaro, and Manuel until Simms connected on a 6-yard Zeke Mowatt. However, the Giants soon lost their 7-3 lead after personal fouls and unsportsmanlike conduct, giving Denver a 12-yard bonus and allowing Elway to score on a 4-yard touchdown run.

At the beginning of the second quarter, the back-and-forth pattern of the game continued. Denver kicker Karlis attempted and missed the shortest field goal in history (23 yards). Following a confusing call that forced on-field referees to rely on instant replay for the first time on the big stage, New York's George Martin successfully sacked the Broncos quarterback in the end zone.

This play narrowed Denver's lead to just 10-9, and the quarter ended with a failed touchdown and field goal attempt by the Broncos.

With a 10-9 Broncos lead going into the half, both teams went back to the drawing board to figure out how to come out on top. Meanwhile, actor George Burns of the 1975 hit movie — The Sunshine Boys — introduced local dance and drill teams in a performance of "Salute to Hollywood's 100th Anniversary."

The Giants capitalized on three separate scoring opportunities during the third quarter alone. New York sent back-up quarterback Jeff Rutledge onto the field for a rare successful fake punt play that allowed the Giants to hold onto possession. On the ensuing drive, Simms connected on a 13-yard touchdown pass to Bavaro for another seven points.

The Giants quickly regained the ball and secured an extra three points on a 21-yard field goal by kicker Raul Allegre and another touchdown on a 1-yard run by Morris. The third quarter ended with a 16-point lead by the Giants, up 26-10 going into the final half.

On their first possession of the last quarter, Broncos quarterback Elway lost the ball on an interception, which led to a six-play series for New York ending on a lucky 6-yard pass to McConkey in the end zone. The Broncos followed with one of their most impressive drives of the game, pressing 74 yards down the field and giving Denver another field goal (33 yards).

With six minutes left in the game, the Giants were up 33-13, far more of a lead than expected. The two teams swapped touchdowns — a 2-yard run by New York's Anderson and a 47-yard reception by Denver's Johnson — to end the game with a 39-20 final score and the Super Bowl's 100th touchdown. And as is a tradition still today, the Giants bench dumped the Gatorade cooler on coach Bill Parcells in what we now call a "Gatorade Shower."

After watching Giants quarterback Phil Simms's performance on the field in Pasadena, the fact that he won the MVP award didn't surprise a single fan across the country. 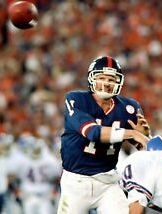 Simms' monumental win also came with the beginning of a Super Bowl tradition: The MVP of the game shouting, "I'm going to Disney World!" when asked, "What are you going to do next?" — an ad that has continued in nearly every Super Bowl that’s followed.

CBS's Super Bowl XXI broadcast didn't attract quite as many viewers as in years past, but the viewership stats were still nothing to sneeze at. About eight million fewer Americans tuned in, bringing the at-home Super Bowl audience to 119.7 million viewers and a 45.8 Nielsen rating.

Nobody was surprised when the Giants earned the title of "favorites" to win Super Bowl XXI. After all, the team nabbed an impressive 14-2 regular-season record and boasted a "Big Blue Wrecking Crew" defense holding opponents to 20 points or fewer per game.

Following a top-notch performance by Simms and other Giants' players, New York successfully covered the 9.5-point spread by a cool 9.5 points in its 39-20 victory over the Broncos. In the over/under bet, underestimating the potentials of both teams left many out of money. With 59 total points scored in Super Bowl XXI, the crews cleared the 40-point over/under by 19 points. 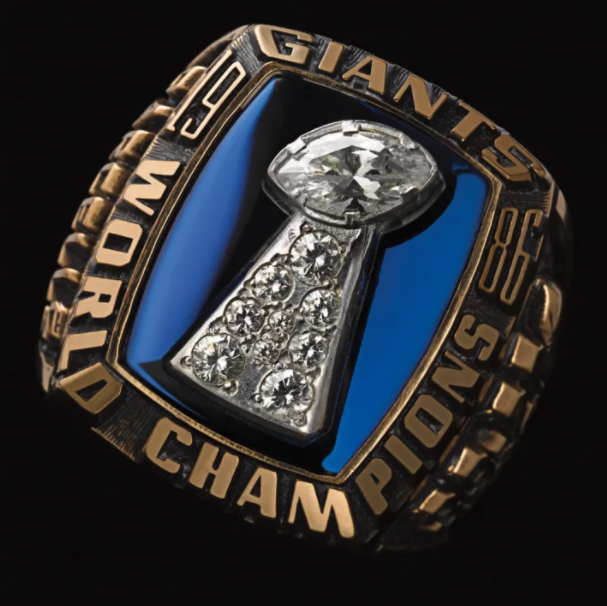 The New York Giants’ victory in Super Bowl XXI marked another pivotal milestone in New York sports, preceded by a New York Mets World Series victory just four months prior. And while the Denver Broncos fell on their second Super Bowl attempt, it wasn’t a shut-out. The team held onto this passion and momentum into the following season, where — again — they returned to the big stage for a Super Bowl shot.