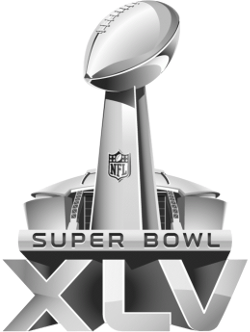 The Packers became the first six-seed team in NFC history to play in the Super Bowl.

Read on to find out more about this historic clash between two championship-heavy franchises.

The Lead-Up to Super Bowl XLV

The Steelers finished the 2010 season 12-4. After winning the AFC title, they tied the Dallas Cowboys for most Super Bowl appearances with eight. Ben Roethlisberger missed the team’s first four games due to violating the league's personal conduct policy but returned for his seventh season as starting quarterback. The Steelers had come up victorious at Super Bowl XL and XLIII. They sought their third title in five years.

The Green Bay Packers finished their 2010 season 10-6 and became the first 6-seed NFC team to go to the Super Bowl. After being one of the more dominant teams of the late 1990s, the Packers had last appeared at Super Bowl XXXII where they lost to the Denver Broncos. Quarterback Aaron Rodgers hoped to change his team’s fortunes.

After returning from his suspension, Roethlisberger regained his starting position with his team. He threw for 3,200 yards for 17 touchdowns and only 5 interceptions. The top receiver for the season was Mike Wallace with 60 receptions and 10 touchdowns. The team also had reliable receiver Hines Ward (59 catches and 5 touchdowns) and tight end Heath Miller (42 catches). Rashard Mendenhall led the rushing game with 1,273 yards and 13 touchdowns.

In 2010 the Steelers had the most dominant defense in the NFL with 48 combined sacks. The line was anchored by Brett Kiesel, LaMarr Woodley, James Harrison, James Farrior, and Lawrence Timmons. The secondary was again led by constant threat Troy Polamalu who finished the regular season with seven interceptions and one touchdown.

Aaron Rodgers started the 2010 season after taking over for Packers great Brett Farve three years prior. He finished the season passing for 3,922 yards for 28 touchdowns and 11 interceptions. He also proved to be a good rushing quarterback, scoring 4 touchdowns on his own. His go-to receiver was Greg Jennings (76 receptions and 12 touchdowns). Other reliable targets were James Jones (50 receptions and 5 touchdowns), Donald Driver (51 receptions and 4 touchdowns), and Jordy Nelson (45 receptions). The ground game was plagued by injuries and relied on backups Brandon Jackson (703 yards) and John Kuhn (281 yards).

This game was really determined by the defenses. The two top defenses in the league battled it out to keep the game close.

As neither team had cheerleaders in the 2010 season, this was the first Super Bowl without the presence of cheerleaders. Packers lineman Bryan Bulaga became the youngest player to compete in the Super Bowl at 21 years and 322 days.

Cowboys Stadium welcomed an estimated 103,219 fans to Super Bowl XLV. Both teams’ loyal fan bases packed the stadium to watch the two teams clash. Ticket prices were an average of $1,200 (a $200 increase from the previous year) to enter the game. In 2020 those tickets would cost fans $1,391 each.

Though serving President Barack Obama was not able to attend the game, former president George W. Bush was present with his wife Laura and former Secretary of State Condoleezza Rice.

The game opened with both teams being forced to punt in face of strong defenses. Aaron Rodgers finally put points on the board with a 29-yard touchdown pass to Nelson. At the beginning of the Steelers' next drive, Roethlisberger was hit by Howard Green, allowing for Nick Collins to intercept the pass and run it back for a touchdown, giving them a lead of 14-0.

Following this, the Steelers were able to respond with a 49-yard drive which ended in a field goal to make the score 14-3. After forcing Green Bay to punt, Roethlisberger was again intercepted by Jarrett Bush. Rodgers then increased the Packers' lead to 21-3 with a TD pass to Greg Jennings.

Roethlisberger made a 37-yard completion to Antwaan Randle El, followed by 3 passes to Hines Ward which ended with a touchdown to close the gap 21-10 to end the first half.

The Super Bowl XLV halftime show as performed by the Black Eyed Peas, who did a medley of their hits “I Gotta Feelin," “Boom Boom Pow," “Pump It," “The Time (Dirty Bit)," “Let’s Get it Started," and “Where is the Love?” Guns n Roses guitarist Slash joined Fergie for a cover of “Sweet Child O’Mine” and Usher made an appearance to perform “OMG” with will.i.am.

At the beginning of the second half, the Pittsburgh defense held the Packers back and forced them to punt. The Steelers then performed a 5-play drive to score with Rashard Mendenhall, Isaac Redman, Roethlisberger eating up yardage. Mendenhall scored on an 8-yard run to make the score 21-17. After forcing a Packers punt the Steelers were stopped by the defense at the Packers' 29-yard line. Roethlisberger was denied on three plays, including a sack from Frank Zombo.

The following field goal attempt sailed to the left to end the quarter.

On the first play of the fourth quarter, the Packers forced a turnover with a Mendenhall fumble after being tackled by Clay Matthews and Ryan Pickett. The ball was recovered by Desmond Bishop who brought the ball to the Packers 45. After a 38-yard pass to Nelson, the Packers found themselves at the Steelers' 2-yard line. Linebacker LaMarr Woodley sacked Rodgers for a 6-yard loss. Rodgers recovered on the next play and threw a touchdown pass to Jennings and increased the lead 28-17.

Pittsburgh responded with a scoring drive of their own, ending with a 25-yard touchdown pass to Mike Wallace. The Steelers chose for a 2-point conversion which was completed by Mendenhall to make the score 28-25.

With 7 minutes left to play, Rodgers tried to keep the ball and clock moving as the Packers moved down the field. The defense kept them out of the end zone and had to settle for a field goal to increase the lead 31-25 with 2:07 left to play.

While the Steelers' final series looked hopeful with a 15-yard pass to Miller and a 5-yard pass to Ward. However, the last 3 passes were incomplete, forcing them to kick to the Packers who ran down the clock to win their 4th Super Bowl.

With several amazing passes, it was no surprise that Aaron Rodgers was the Super Bowl XLV MVP. His leadership took the Packers to their first Super Bowl win since 1997. 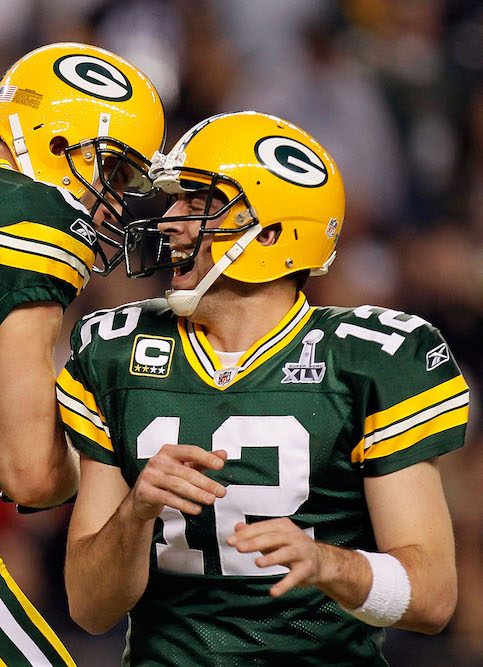 For Super Bowl XLV, the Fox network as the host. The game was viewed by an estimated audience of 111 million in the U.S. and had a Nelsen rating of 46.0. The broadcast team was Joe Buck, Troy Aikman, Pam Oliver, Chris Myer, and Mike Pereira.

Pepsi returned as an advertiser after a year hiatus to promote their new Pepsi Max, which was named the official drink of the NFL. Other major advertisers included Doritos, Anheuser-Busch, GoDaddy.com, Coca-Cola, E*Trade, and CareerBuilder.com. General Motors returned for the first time since bankruptcy as a result of the 2008 recession. Chrysler had a 2-minute spot for the Chrysler 200 featuring rapper Eminem.

Entering Super Bowl XLV The Packers were the favorite by 3. They ended up winning the game.

The champion Green Bay Packers took home an extra $83,000. While they came up short, the Steelers were awarded $42,000 each. 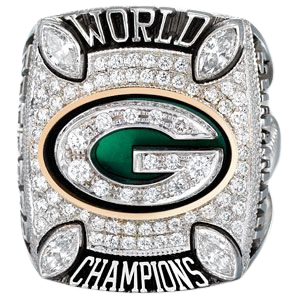 Super Bowl XLV was a great defensive game. Both teams fought hard to win, but Green Bay was the better team that day. With 111 million viewers it set a record at the time for the most-watched television event in history.

This game would mark the last Steelers and Packers Super Bowl appearances as of 2020.