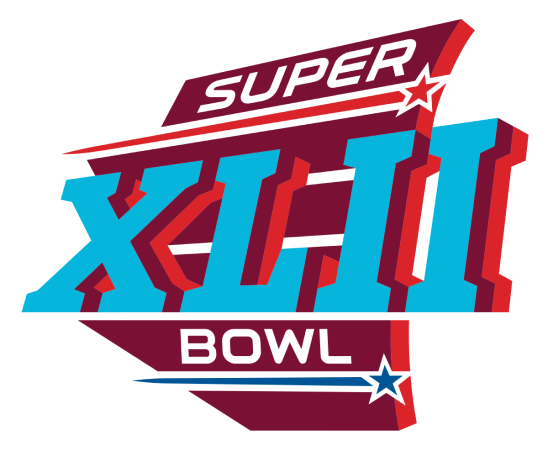 Super Bowl XLII was held on February 3, 2008, at the University of Phoenix Stadium in Glendale, Arizona. The game saw Tom Brady and the New England Patriots seeking another championship in their fourth Super Bowl since 2001. They would face the New York Giants, with quarterback Eli Manning attempting to follow his brother who won the Super Bowl the previous year.

This Super Bowl would not only be the first time siblings won back-to-back championships but would also prove to be one of the biggest upsets in Super Bowl history.

The Lead-Up to Super Bowl XLII

Going into Super Bowl XLII, the Patriots were already considered the greatest team in NFL history. They had completed a perfect 16-0 season and looked to be the first undefeated team since the 1978 Miami Dolphins.

The Giants finished the regular season 10-6 and earned a Wild Card spot in the playoffs. They were seeking to be the first NFC Wild Card team to win the Super Bowl. Eli Manning had struggled to find consistency in his time with the Giants and hoped to step out of his older brother’s shadow.

Eli Manning had struggled to find his stride early in the season. After losing their first two games, the team went on a 6-win streak. He finished the season with 3,336 yards for 23 touchdowns and 20 interceptions. His favorite target was receiver Plaxico Burress (70 catches and 12 touchdowns). Receiver Amani Toomer (59 receptions) was also a preferred receiver. Jeremey Shockey had 57 receptions and 3 touchdowns before an injury put him on the shelf. The ground game was led by running back Brandon Jacobs.

Super Bowl XLII is considered not one of the greatest upsets in Super Bowl history but in sports history. The Patriots entered the game as a 12 point favorite, but the underdog Giants would prove the better team that day. The game was a rematch of the regular season closer in which New England emerged victorious.

The game would also be known for the famous 3rd quarter “Helmet Catch” by David Tyree.

An estimated 71,101 fans entered the University of Phoenix Stadium to watch Super Bowl XLII. Fans paid an average of $700 per ticket or $848 in today’s money.

Before the game, Willie Nelson performed an NFL-sponsored tailgate party. He was joined by Sarah Evans to sing “Mama’s Don’t Let Your Babies Grow Up to Be Cowboys.” Alicia Keys then performed a medley of her songs “Go Ahead”, “Fallin’”, “If I Ain’t Got You”, “Teenage Love Affair”, and “No One.” The national anthem was performed by American Idol season six winner Jordan Sparks, who is also the daughter of former Giants cornerback Philippi Sparks.

The coin toss celebrated Hall of Fame coach Bill Walsh who died July 20, 2007. His children Craig and Elizabeth were joined by his former players Ronnie Lott, Jerry Rice, and Steve Young. The Giants won the coin toss by calling tails.

The Giants opened the game with the longest opening drive in Super Bowl history. The drive was a 16-play, 63-yard march that consumed almost 10 minutes of the clock. New England ended the drive at the 14-yard line, forcing the Giant’s kicker Lawrence Tynes to make a field goal to take the lead 3-0. New England took control and began a drive to the end zone. England faced a 3rd-and-10 situation at the Giants 17-yard line. However, New York linebacker Antionio Pierce caused pass interference in the end zone on Benjamin Watson. This put the Patriots at first-and goal at the one-yard line as the quarter ended.

Maroney ran a 1-yard touchdown play to take the lead 7-3. This was the first Super Bowl since XXXIII that both teams scored on their opening drives. Amani Toomer was able to take the Giants to the Patriot’s 19-yard line. A bounced catch by Steve Smith was intercepted by cornerback Ellis Hobbs. The Patriots were unable to take advantage of the turnover thanks to the defensive plays of James Butler and Micheal Strahan. Rookie running back Ahmad Bradshaw fumbled a handoff from Manning, and it seemed that Pierre Woods had recovered for New England; however once the pile up was cleared, Bradshaw had recovered possession. The Giants ended up punting, but New England found little success on their following drive. Back and forth play ended the half still at 7-3.

Tom Petty & the Heartbreakers were selected as the halftime entertainment. The performance coincided with the beginning of their 2008 world tour. The band performed hits “American Girl”, “I Won’t Back Down”, “Free Fallin’”, and “Running Down a Dream”. The show was later nominated for an Emmy Award in 2009.

On their first drive of the second half, the Patriots chose to punt at 4th-and-2. However, after the play New England coach Bill Belichick challenged that New York had too many players on the field, which was confirmed upon replay. As a result, the Giants were given a 5-yard penalty and the Patriots had a first down. Later in the drive, the Patriots were at 4-and-13. Instead of attempting a field goal, New England tried for the conversion. The pass was incomplete, and the Giants took over as the quarter ended.

Manning started the quarter with a 45-yard pass to Kevin Boss. The 7-play, 80-yard drive was finished with a 5-yard touchdown by David Tyree to take a 10-7 lead.

After several 3-and-outs by both teams, the Patriots drove to the Giants 6-yard line. Brady was able to find Randy Moss in the end zone to regain the lead 14-10 with 2:42 left. The Giants took possession at their own 17. Avoiding several near sacks, Manning reoriented himself to find David Tyree waiting for him. Patriots safety Rodney Harrison tried to make a play as well, and Tyree maintained possession by pinning the ball to his helmet. This kept the drive alive and found Plaxico Burress to cap off the 12-play, 83-yard drive to take the lead 17-14.

With 29 seconds remaining, New England Brady was sacked for a loss of 10. He then tried for a 4-and-20 Hail Mary pass that was batted away by Gibril Wilson. The Giants had all but won the game.

An odd moment happened with one second added as the clock ran down. In the confusion coaches, players, reporters, and fans rushed the field. There was a near 2 and half minute delay before Manning kneeled out the final second of the clock and officially won Super Bowl XLII.

Eli Manning was chosen as Super Bowl XLII MVP. He led his underdog team to victory in one of the biggest sports upsets in history. 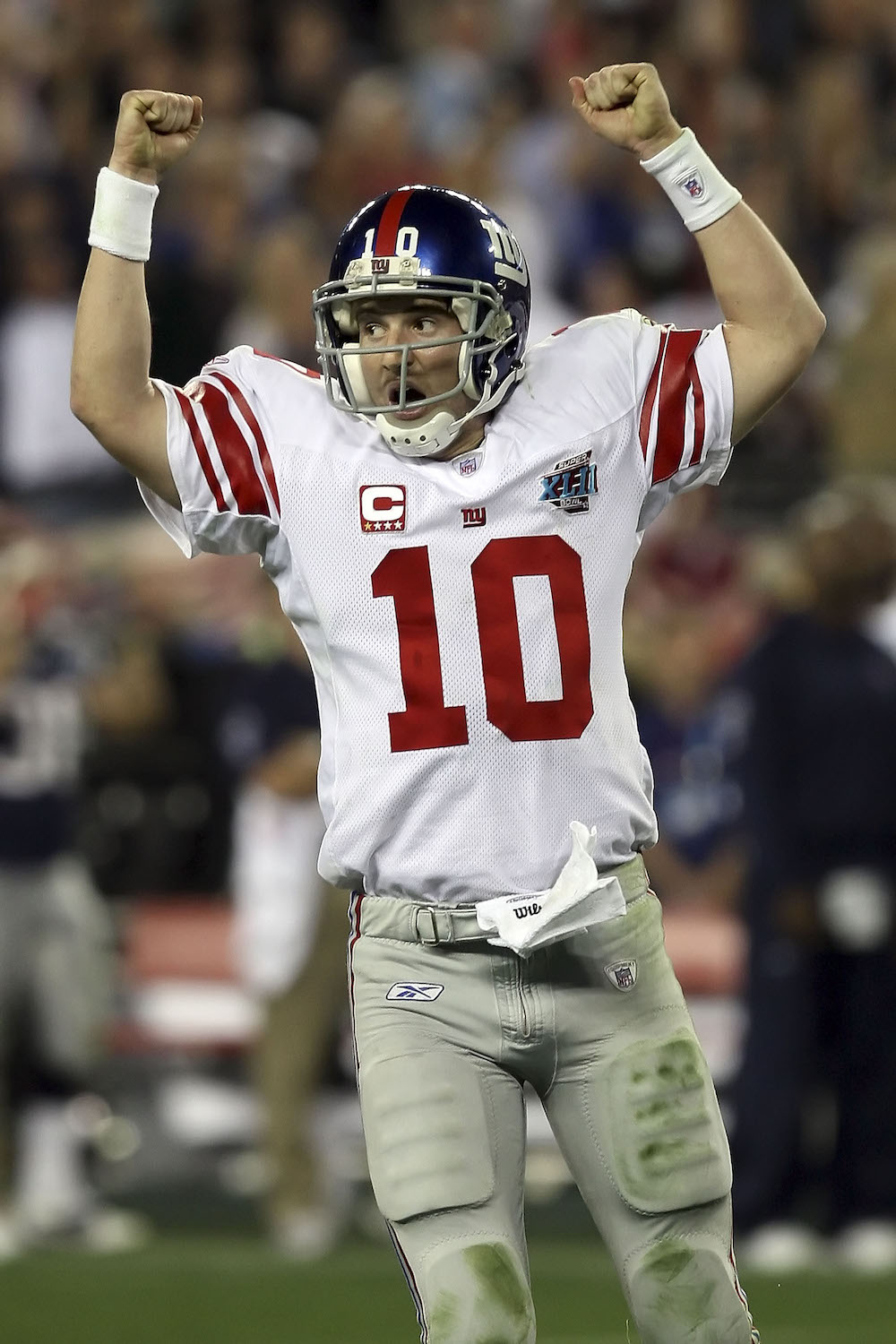 As the Super Bowl took place right before Super Tuesday, there were some questions on candidates buying ad time during the game. However, Fox refused such ads citing equal time concerns.

The Patriots were the 12-point favorites going into the game.  The Giants were the underdog winner. The over/under was 55 with the under winning. 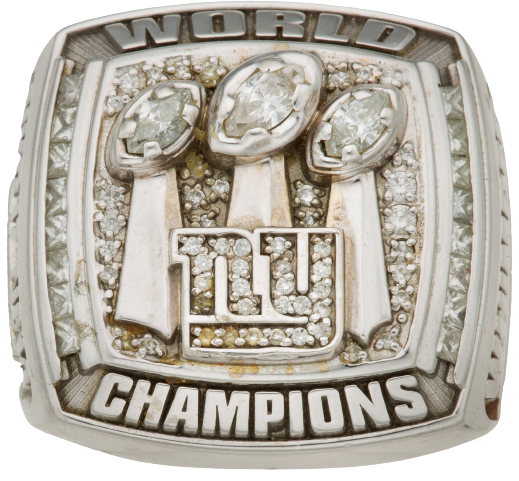 Super Bowl XLII was famous for one of the greatest upsets in football.

Eli Manning joined his brother Peyton as Super Bowl Champion and MVP. David Tyree’s famous “Helmet Catch” would go down as one of the greatest plays in NFL history.