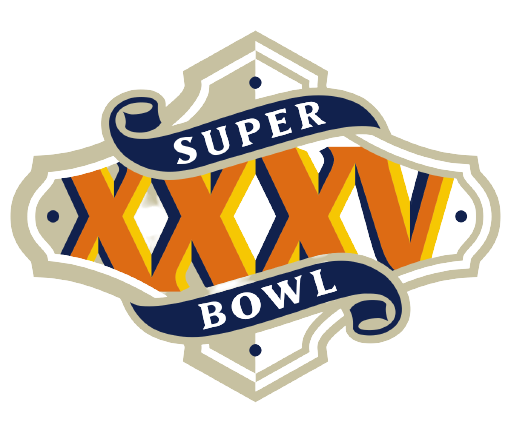 Super Bowl XXXV was a matchup that very few NFL fans expected to happen. The Baltimore Ravens managed to build one of the best defenses in the league but struggled to get points on the board and received a lucky shot at the title thanks to a wild-card spot. The New York Giants struggled mightily in the seasons leading up to Super Bowl XXXV and wouldn't have even made the playoffs had they not turned their 7-4 mid-season record around.

January 28, 2001, delivered the second-ever Super Bowl matchup between a Baltimore and New York team, the last being the former Baltimore Colts and New York Jets facing off for Super Bowl III. By the time you're done reading this article, you'll know which still-famous pop stars graced the stage at halftime, how one team covered the predicted spread by 24 points, and which NFL stars joined together on the field for the ceremonial coin toss.

The Lead-Up to Super Bowl XXXV

The Baltimore Ravens may have qualified for Super Bowl XXXV, but the team's postseason run was the result of a rockstar defense. The defensive line held opponents to a record-low 165 points all season and allowed just 970 rushing yards — the lowest since 1978. Anchoring Baltimore's defense was league-recognized players like Ray Lewis (138 tackles), Rob Burnett (10.5 sacks), and a collection of defensive backs capturing 17 total interceptions.

But despite having a strong rushing attack led by Jamal Lewis (1,662 total yards) and a league-best kicker Matt Stover (89.7% on field goals), the Ravens' offense wasn't impressive. The team's offense ranked in the middle of the pack among all teams (13th for points with 333), leading the team to rely on a wild-card to qualify for the postseason.

The New York Giants had a troubled past in the years leading up to the 35th Super Bowl. However, the Giants bounced back from an early 7–4 record to end the season on a five-game win streak. Quarterback Kerry Collins stepped up his game for the Giants 2000-01 season to capture 3,610 yards and 22 touchdowns — a drastic difference in playing style compared to Collins' dismal performance with the Panthers and Saints.

Although the Giants redeemed themselves through the playoffs, their awful start showed that New York didn't always rise to the occasion.

On January 28, 2001, 71,921 fans claimed their seats in Raymond James Stadium in Tampa, Florida — the home of the unforgettable Buccaneer Cove pirate-themed ship located near the end zone. Fans paid an average of $325 ($478.11) for a ticket to discover first-hand whether the Baltimore Ravens could win their first-ever Super Bowl in franchise history.

This late-January day began with a "Life's Super in Central Florida" pre-game show bringing rock acts Styx and Sting (as well as girl band PYT) to televisions across the nation. Then, a wave of patriotism struck. Ray Charles delivered a beautiful rendition of "America the Beautiful" to celebrate America's 225th anniversary as an independent nation. Ten veterans later took to the field to remember the lives lost ten years prior during the Gulf War before the Backstreet Boys — the first boy band in NFL history to take on the National Anthem slot — did just that.

And right before kickoff, the MVPs (and their coaches) of the previous Super Bowls hosted in Tampa — Ottis Anderson, Bill Parcells, Marcus Allen, and Tom Flores — led the coveted coin toss ceremony, landing on tails. Super Bowl XXXV also delivered a new trend: Neither team individually introducing all starting players before taking their places on the field.

Super Bowl XXXV began with a persistent deadlock — somewhat surprising given the Ravens naturally took few risks on offense and the Giants obliterated the Vikings in the NFC championship game.

After a series of five traded punts, the Ravens kicked it into full gear once Jermaine Lewis bolted 33 yards on a punt return. Baltimore converted the first big play of the game into a scoring drive, ending on a 38-yard touchdown pass from Dilfer to wide receiver Brandon Stokley for a 7-0 Ravens lead.

The Giants nearly leveled out the scoreboard in the second quarter when linebacker Jessie Armstead snagged an interception and rushed 43 yards into the end zone. However, a defensive penalty by New York meant the game-tying score didn't count. The Ravens followed up by adding an extra three points to their tally on a 47-yard field goal by kicker Matt Stover. The Baltimore Ravens lead 10-0 going into halftime.

Each halftime show preceding Super Bowl XXXV had been hit or miss by this point — but the 35th installment proved to be legendary from all angles. The star-studded halftime show brought 90s boy band N*SYNC to the stage to get the show off on the right foot, drawing in younger fans across the nation with a choreographed performance of their tune "Bye Bye Bye."

Following a high-intensity pyrotechnic explosion, rock band Aerosmith switched the tune with a live performance of "I Don't Want to Miss a Thing, which debuted at #1 three years prior in 1998. NSYNC returned to the stage in what would appear to be an ongoing duel between the boyband and the rock group, with Justin Timberlake belting the classic "It's Gonna Be Me" while shooting pyrotechnics from his palms. Aerosmith responded with a rendition of “Jaded.”

The two groups then joined forces to sing "Walk This Way" as teen pop sensation Britney Spears, Mary J. Blige, and Nelly lent their voices to the show's finale. Though the combination of Nelly, Britney Spears, and Aerosmith was something NFL fans couldn't imagine going smoothly, the much-anticipated setlist is something the younger crowd still talks about today.

The second half ramped up the intensity on the field down in Tampa. Ravens safety Kim Herring picked up an interception to regain possession, but Stover's botched field goal attempt kept the Ravens from scoring again. Giants quarterback Kerry Collins — again — tossed another mistimed pass that landed into the hands of defensive back Duane Starks of the Ravens. Collins ran the ball into the end zone for another Baltimore touchdown and a 17-0 lead.

Over the next 36 seconds, both teams would trade touchdowns on consecutive plays. The first was a 97-yard kickoff return by Giants receiver Ron Dixon, followed immediately by an 84-yard kickoff return by Baltimore's Jermaine Lewis. The Ravens successfully held the Giants off the scoreboard for the rest of Super Bowl XXXV.

Jamal Lewis recorded a final touchdown for the Ravens on a 3-yard rush. And after the Giants fumbled their kickoff return, the Baltimore Ravens secured a 34-yard field goal by Matt Stover to end the game 34-7. Though only the Ravens walked away with a "W," players from both teams earned lofty bonuses: Baltimore players captured $58,000, and the Titans secured $33,000 payouts each. 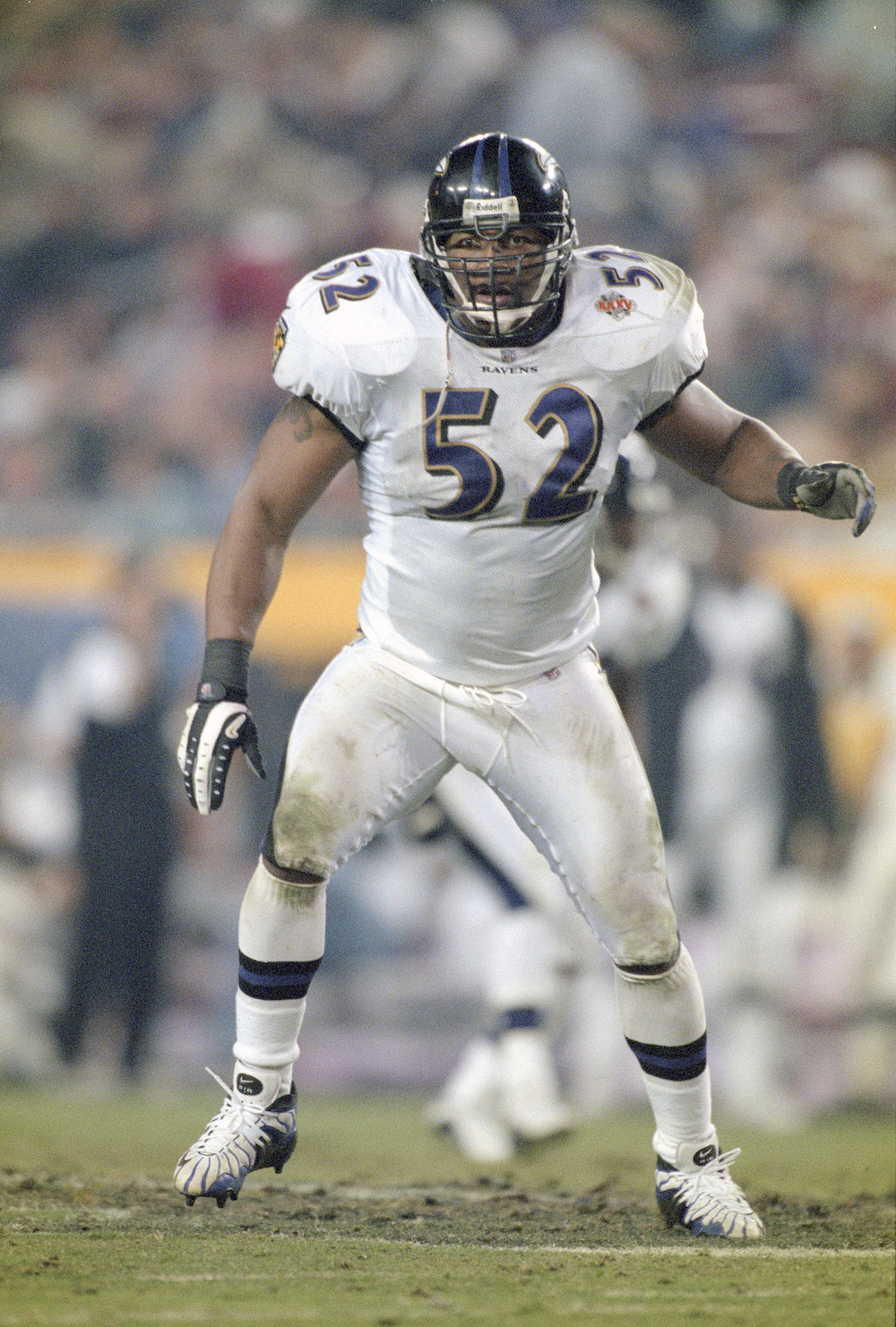 Lewis’s impressive performance helped keep the Giants off the board and allowed him to become the second-ever linebacker to win the MVP honor (Chuck Howley was the first to do so 30 years prior during Super Bowl V).

The year 2001 brought the Super Bowl back to CBS for the first time since 1992 when the Washington Redskins defeated the Buffalo Bills. The excitement for the game showed in its viewership, but not so much in the rating department. Over 131.2 million viewers switched over to CBS to watch the Ravens take on the Giants, though the network could've gone without the dreary 40.2 Nielsen rating.

Despite the low ratings, Super Bowl XXXV was a technological experiment gone right. A nifty EyeView instant-replay feature allowed fans to watch each play from the best angle possible, and fans with high-definition television could catch the game in ultra-high-quality in a first-of-its-kind 1080i format. And in keeping with the theme of new feats, Greg Gumbel became the first African American to call the Super Bowl in NFL history.

The Super Bowl XXXV match-up was believed to lean only slightly in the Baltimore Ravens' favor. The Ravens boasted one of the best defenses in the entire league (allowing just 165 points), but they also struggled to put points on the board while on offense. Meanwhile, the Giants attempted to recover after a 7-9 regular-season in 1999-2000, almost losing a Super Bowl slot after dropping to a 7–4 mid-season record this time around.

Both teams entered Raymond James Stadium on reasonably level ground — the Ravens were favored by a mere 3 points. The Baltimore Ravens walked away from Super Bowl XXXV with their first franchise title, obliterating the 3-point spread. And with a final game score of 34-7, the 33-point over/under fell into "over" territory." 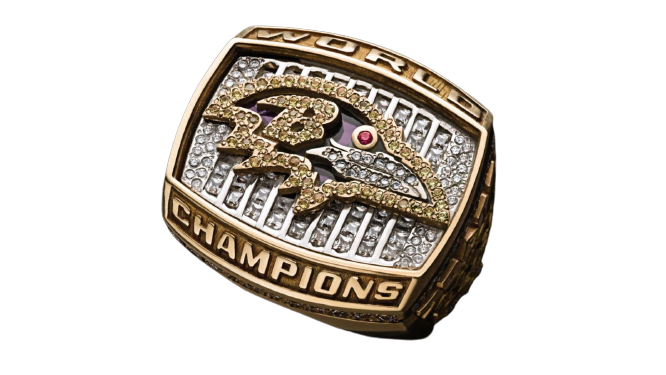 The quarterbacks at Super Bowl XXXV left with two different feats. Dilfer (Ravens) walked away with 153 passing yards, while Collins (Giants) claimed one of the worst passer ratings in Super Bowl history — 7.1 — after tossing four interceptions during the match-up. Despite the 34-7 final score, the teams advanced a mere 396 yards over the four quarters. Super Bowl XXXV wasn’t a thriller, but it did prove monumental for the Baltimore Ravens.