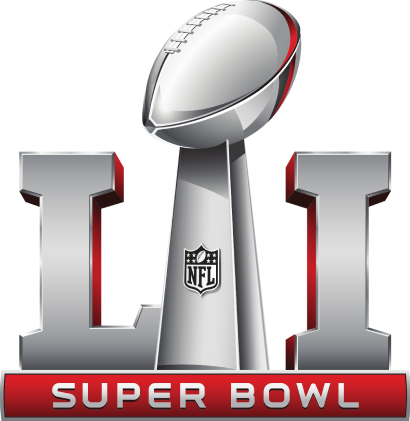 Super Bowl LI took place on February 5th, 2017, between the Atlanta Falcons and the New England Patriots. This was the Patriots' ninth appearance in the Super Bowl and they were looking to secure their fifth title, while this was the Falcons’ second Super Bowl appearance, having lost to the Denver Broncos in 1998.

The Lead-Up to Super Bowl LI

With the Falcons Super Bowl history (or lack thereof) and the Patriots Super Bowl dominance, it was obvious from the beginning who was expected to win the game.

The Atlanta Falcons, led by MVP Matt Ryan, had a high-powered offense that led the franchise to an 11-5 regular-season record, while Tom Brady and the Patriots put together another phenomenal season, finishing at 14-2.

Fans have argued that Super Bowl LI was the greatest in Super Bowl history. Since the Atlanta Falcons had only been to the Super Bowl once before, they made sure to bring their best to Super Bowl LI.

Atlanta won the coin toss but deferred to the second half. The Patriots started the game and it was a bit of a rough start with a three-and-out. The Falcons took over the ball with a 37-yard run, but the Patriots' defense was able to keep them from scoring. This pattern continued throughout the first quarter, proving both teams to be evenly matched both defensively and offensively.

In the second quarter, the game began to heat up. New England almost reached field-goal range; however, they fumbled the ball and the Falcon’s quarterback Robert Alford was able to recover the ball. Atlanta was determined to score and finally got a touchdown in the second quarter from the five-yard line bringing the score to 7-0 Falcons. During the remainder of the second quarter, the Patriots were unable to do much more than fumble while the Falcons were able to gain a second touchdown. It became clear that the Falcons offense was dominating against the Patriots defense. Atlanta scored again, bringing the score to 21-0 when finally the Patriots were able to score a field goal right before halftime.

Heading into halftime, it looked like the Patriots' hopes of another Super Bowl were over.

Upon the teams returning to the field after halftime, the Falcon’s started and the Patriots had their work cut out for them. About halfway through the third quarter, the Falcon’s scored again on a 35-yard run. At this point, it was looking like a clear victory for the Falcons. That is, until the Patriots decide they were not willing to let go of their Super Bowl dominion so easily.

The Patriots were getting a bit desperate and tried a few failed moves which cost them 6:25 on the clock. However, the Falcons seemed to gain confidence in their victory and let their guard down which allowed for the Patriots to score a touchdown at the bottom of the third quarter bringing the gap down to 28-9 Falcons.

Even with the Patriots' score in the third quarter, no team in history had ever come back from a deficit this size. This inspired the Patriots to fight even harder in the fourth quarter of the game. The Patriots were able to snag two field goals which brought their score up to 12 points.

Suddenly, the Falcons had a few mishaps like injured players and fumbles which gave room to the Patriots to score a touchdown. The score of the game was officially within one touchdown. The Patriots were able to score another touchdown with the help of Tom Brady and tied the game at 28-28. This meant that not only had the Patriots managed to tie the game in the last quarter against all odds, but this was also going to be the first Super Bowl in history to go into overtime.

In overtime, the Patriots had gained both the momentum and adrenaline needed to fight to the end; whereas the Falcons had seemingly used their energy for the first half of the game. The Patriots were able to score another touchdown which won them the most unlikely win in Super Bowl history. The final score of the game was 34-28 Patriots. 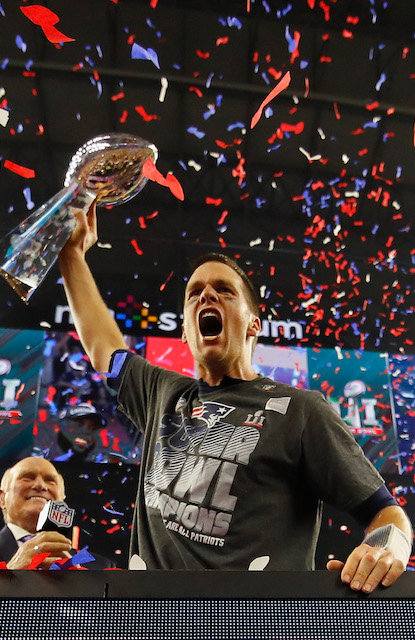 The halftime show for Super Bowl LI was performed by Lady Gaga. Gaga chose to kick off her set in a patriotic way before heading into the standard setlist of her top hit songs by singing a mashup of “God Bless America,” “This Land is Your Land,” and saying the Pledge of Allegiance. Then, in true Lady Gaga fashion, she jumped down to midfield and began singing her songs.

Gaga is known for her spectacle-based performances and for the Super Bowl she really brought the house down. She started off in a glittery blue costume and eventually moved into a white and silver look with a costume allusion to football shoulder pads.

The star ended her set by catching a football, dropping her mic, and jumping off of the stage.

Kia, “Hero’s Journey” featured actress Melissa McCarthy driving around in her Kia Niro. McCarthy receives calls to go save the whales, save the trees, the ice caps, and then the rhinos. She is continually beaten up, bruised, and more because it is hard to live like a hero...but not hard to drive like one in the new Kia Niro.

Tide, “#BradshawStain” featured sports analyst Terry Bradshaw sitting down to talk about the game when suddenly he is made aware of a barbecue stain on his white shirt. He rushes out to find someone to help him wash his shirt; meanwhile, the hashtag #BradshawStain is found to be trending and it’s the stain that everyone is talking about. Finally, he finds actor Jeffrey Tambor who lets him wash the shirt at his house while they watch an animal documentary. At long last, the shirt is clean and Bradshaw rushes back to comment on the game.

Cleaner of Your Dreams

Mr. Clean, “Cleaner of Your Dreams” tells the love story of a woman cleaning her house with the help of the handsome and charming Mr. Clean himself. The duo dances together and the woman is clearly falling in love with Mr. Clean when suddenly she wakes up from her dream-state and realizes that it’s just her husband who’s been helping her clean. She rushes to kiss him and the commercial ends.

For their fifth Super Bowl victory, the Patriots designed the most expensive Super Bowl ring in NFL history. The ring’s extravagance is only fitting for the greatest Super Bowl comeback of all time, coming back from a 28-3 deficit in the second half. 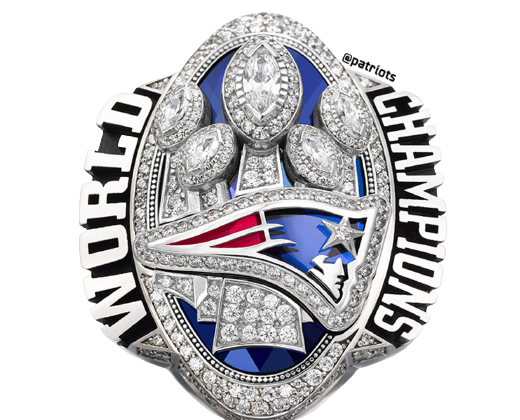 The Super Bowl LI ring was made up of 283 diamonds to represent the score and the deficit the team overcame.

All in all, Super Bowl LI was a game for the books with the Patriots making NFL history in their fifth Super Bowl win and the biggest comeback in the game’s history.