A year after the worst-recorded Super Bowl in modern history, eager NFL fans had a fair request for the upcoming championship game: To see professional-level football return to the big stage. The Cowboys from the NFC — a contender in Super Bowl V — returned to the field to face the AFC's Miami Dolphins in the 1972 Super Bowl.

January 16, 1972, was a day of blisteringly cold weather (just 39 °F at the time of kickoff) and plenty of newly-set NFL records, a notable improvement from the pathetic playing performance in Super Bowl V. By the time you're done reading this article, you'll know which of these two teams won their first-ever Super Bowl, which quarterback would be the first to play all four quarters in the Super Bowl and the special request made by President Richard Nixon.

The Lead-Up to Super Bowl VI

The Dolphins qualifying for the Super Bowl was a surprise in and of itself — Miami hadn't won a single playoff game until the 1971-72 season (interestingly, it took over 22 minutes of overtime play for the Dolphins to defeat the Chiefs in their first playoff victory). The five-year-old Miami Dolphins franchise ended the regular season with an unexpected 10-3-1 season, of which there was an 8-game win streak.

The Dallas Cowboys ended the previous NFL season with a disappointing loss in Super Bowl V, which only fueled their reputation of being unable to clinch important postseason victories. Dallas went into the championship game with a subpar quarterback in Roger Staubach and an 11-3 record.

With Staubach calling plays (1,882 yards and 15 touchdowns), three powerhouse running backs (Calvin Hill, Walt Garrison, and Duane Thomas) with a combined 14 touchdowns, and the old "Doomsday Defense" in their starting lineup, the Cowboys were favorites to win — again.

As mid-January rapidly approached, Dolphins coach Don Shula received a call from none other than President Richard Nixon sometime after midnight. Nixon encouraged Shula to run a particular play he was sure would work, though it didn't pan out when run on game day.

The Cowboys would go into Super Bowl VI with an air of confidence, but Super Bowl VI made headlines for another reason: Both teams on the field were privy to playing their home games on artificial turf fields. It was unclear if or how this could impact the way each team performed on the big stage.

On January 16, 1972, 81,023 fans poured into Tulane Stadium down in New Orleans, Louisiana, marking the second time New Orleans was the backdrop for the championship (the last time was during Super Bowl IV).

The fans in attendance paid an average of $15 for a seat (worth around $93.40 today) and braved the brisk 39 degrees weather for the big game. The U.S. Air Force Academy Chorale offered an unusually patriotic rendition of the National Anthem, followed by Miami winning the coin toss after selecting heads. With that, the Dolphins and Cowboys took the field, and the game clock for Super Bowl VI officially started running down.

Super Bowl VI began quite dismally, to say the least. Both Miami and Dallas traded unsuccessful possessions, and the typically impressive Larry Csonka of the Dolphins peaked with a 12-yard carry and a fumble on a later play.

The Cowboys ended up in field goal territory and, after a squandered touchdown attempt by Duane Thomas, settled for a 9-yard field goal by Mike Clark. The first quarter ended with a 3-0 lead for the Cowboys and a record loss of 29 yards after a sack by Bob Lilly.

The Dolphins started the second quarter with a sudden onset of momentum that resulted in a daring 49-yard field goal that skirted the uprights. With around six minutes remaining in the first half, Dallas pushed 76 yards down the field, and Staubach ultimately connected on a 7-yard touchdown pass to Alworth.

Miami responded with hardly a minute left on the game clock. After an impressive 44-yard sprint by running back Jim Kiick, Yepremian made good on a 31-yard field goal to bring the score to 10-3 (Dallas).

The two teams returned to the locker room at the half with the Cowboys up 10-3. Meanwhile, jazz phenomenon Ella Fitzgerald, Al Hirt (trumpeter), actor Carol Channing, and the U.S. Marine Corps Drill Team took to the field for a heartwarming halftime show dedicated to the recently-passed Louis Armstrong. The NFL also honored Armstrong earlier in the game with an F-4 Phantom flyover in the "missing man" formation, an ode to the fallen New Orleans native.

Dallas returned to the field with an energy and skill that Miami could never top. The Cowboys capitalized on Miami's ability to stop their knack for running on the inside by opting for outside running patterns. Using this new strategy, Dallas secured a 71-yard advancement down the field that ended in Thomas's touchdown on a 3-yard play. Dallas successfully held onto their 17-3 lead for the rest of the third quarter and even kept Miami from clinching a first down.

Miami began the fourth quarter with a last-ditch attempt at reclaiming the game. However, the Dolphins bungled their first third-down of the game by allowing Howley to intercept the ball and return possession to the Cowboys.

The Cowboys widened their lead shortly after a 7-yard pass to Mike Ditka that brought him straight to the end zone, effectively flattening Miami's chances of winning. Super Bowl VI ended with a final score of 24-3, with the Cowboys claiming the world champion title.

Similar to the previous regular season, Roger Staubach shared playing time with fellow quarterback Craig Morton throughout the season. Staubach not only played the entirety of Super Bowl VI (the first time a quarterback has done so in NFL history), but he also earned the title of MVP for the game.

Staubach's performance on the world stage also helped him tie the record for most touchdown passes in a single game with two.

Following the trend of having NBC and CBS alternate Super Bowl broadcasts, CBS had sole broadcasting rights for Super Bowl VI. In addition to selling out every seat in Tulane Stadium, over 67.3 million people across the nation tuned in and secured a 44.2 Nielsen rating.

The scheduling of Super Bowl VI also gave sports fanatics a bit of a treat — back to back sporting events — with heavyweight boxing champion Joe Frazier successfully defending his title against Terry Daniels the night before Super Bowl VI.

Returning to the big stage just a year after failing to win Super Bowl V, the Dallas Cowboys went into Super Bowl VI as the clear favorites. The Cowboys skillfully covered the six-point spread after securing a 24-3 victory over the Dolphins. With a 27-point over/under, anyone testing their luck with betting won big by putting their money on "under." 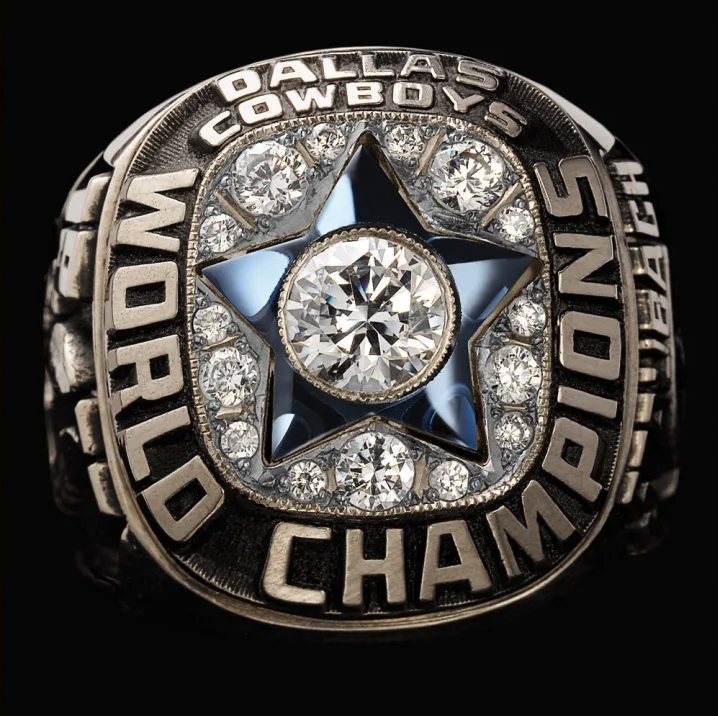 After a near-shutout in Super Bowl VI, the Cowboys became the first team to successfully gain retribution after losing in the previous year's Super Bowl. While the Cowboys wouldn't return as Super Bowl contenders in Super Bowl VII, the Dolphins continued into the upcoming 1972-73 season with a desire to make up for their devastating Super Bowl loss.

This momentum led Miami to its best season thus far and a spot in Super Bowl VII.