When the Dallas Cowboys wound up as contenders again in 1978, more than just their second championship was on the line. Super Bowl XII would be a high-pressure match-up between Cowboys' starting quarterback Roger Staubach and the quarterback he split playing time with while in Dallas five seasons back — Craig Morton, now of the Denver Broncos.

January 15, 1978, was a day of many firsts: The first-ever Super Bowl played in a dome, the first time the Super Bowl became a prime-time event, and the first time there were two Super Bowl MVPs. By the time you're done reading this article, you'll know all about the new technology updates to Super Bowl coverage, which quarterback reigned supreme, and the new stadium chosen for the game.

The Lead-Up to Super Bowl XII

The 1977-78 Broncos season came in as the No. 1 seed with a 12-2 record, which was impressive for a team that couldn't even capture a winning record for 14 seasons previously. While the Broncos and quarterback Craig Morton got off to a rocky start, Morton ultimately became NFL Comeback Player of the Year Award with 1,929 passing yards on the season.

Also on the Broncos lineup were tight end Riley Odoms (37 receptions and 429 yards), three running backs totaling 1,353 yards and ten touchdowns (Rob Lytle, Lonnie Perrin, and Otis Armstrong), and the "Orange Crush" defense holding opponents off to just 148 total points all season. The Broncos were undoubtedly in their "comeback year" by the time Super Bowl XII rolled around, but they were far from expected to win.

With Staubach still firmly leading the team, the Dallas Cowboys also captured a 12-2 record and the NFC East conference title during the 1977-78 season. Staubach, who also played for Dallas and won the MVP title back in 1972, accumulated 2,620 yards, 18 touchdowns, and threw just eight interceptions.

Backing up the MVP quarterback were the likes of newcomer running back Tony Dorsett (Heisman Trophy winner and 1,007 yards), fullback Robert Newhouse (721 rushing yards), and an appropriately named "Doomsday Defense." The incredible track record of Staubach and the Cowboys — combined with three past Super Bowl appearances — turned the team from Dallas into the "favorites."

Super Bowl XII held a little extra weight for the quarterbacks in this match-up. Just five seasons earlier, Staubach and Morton actively competed for the role of starting quarterback for Dallas. Both players led Dallas to the Super Bowl as starters (Morton in 1971 and Staubach in 1972). Ironically, the two teams also met on the gridiron during the last match-up of regular season play, with the Cowboys narrowly defeating the Broncos with a score of 14-6.

On January 15, 1978, 75,583 football lovers filed into the Louisiana Superdome in New Orleans, Louisiana — the first Super Bowl played in a dome and the originally-planned site of Super Bowl IX. With a $10 increase in average ticket prices since the previous Super Bowl, fans ended up spending about $30 per ticket (which calculates out to $119.76 in today's money).

After pre-game festivities headlined by the Southern University Band, a local named Phyllis Kelly belting the National Anthem, and a coin toss landing on heads, the Cowboys and Broncos took to the field to begin Super Bowl XII.

Despite Staubach being a veteran quarterback, Dallas got off to a rough start early in the first quarter. Dallas suffered three unfortunate fumbles, though they managed to keep Denver off the board as they recovered and regained their composure.

Two Cowboys linemen — Martin and White — forced Morton to bungle a pass, allowing defensive back Randy Hughes to gain possession. Cowboys running back Tony Dorsett then drove into the end zone on a 3-yard run, putting Dallas on the board with a 7-0 lead. On another interception play (Aaron Kyle), Dallas found themselves in field goal territory. Kicker Efren Herrera found the uprights on a 35-yard field goal attempt and widened Dallas's lead to 10-0.

The Cowboys claimed their second field goal of the game just four minutes into the second quarter on Herrera's 43-yard field goal, bringing the score to 13-0. Shortly after that, the quality of play by both teams approached a new low.

Between Morton tossing a third interception, a punt that nailed a player in the head, and two botched field goal attempts by Herrera, it's understandable that neither team would score another point by the end of the first half. The Cowboys held the lead with a stern 13-0 by the end of quarter two.

Going into halftime, the negative statistics of both teams were startling. The Broncos turned the ball over seven times, and Morton ended the first half with a 0.0 passer rating. On the other hand, the Cowboys fumbled the ball five times and failed on three field goal attempts. While the players returned to the locker room to talk strategy, the Apache Band and Belles Drill team took to the field for a halftime show titled "From Paris to Paris of America."

Within three minutes of the half, the Broncos finally found themselves on the scoreboard after a seven-play possession ending on a 47-yard field goal by kicker Jim Turner. The Cowboys quickly responded with a lucky 45-yard pass to Butch Johnson to bring Dallas to a 20-3 lead. Then, the Broncos coaching staff made the decision to pull Morton from the game as he approached his fifth interception, allowing back-up quarterback Norris Weese to lead the rest of the game.

The decision proved to be helpful to Denver's comeback. The Cowboys added an extra seven points to their name after a 16-yard run by Jensen and a 1-yard touchdown dash by Rob Lytle. Going into the fourth quarter of Super Bowl XII, Dallas was up 20-10.

Though Weese's performance was far better than Morton's, he began the fourth quarter with a sack and a fumble. Denver regained possession and led an unpredictable play that brought them into the end zone for the game's third and final time.

Staubach delivered the ball to fullback Newhouse behind him, who then pitched the ball to receiver Golden Richards — the first time in Super Bowl history that a running back threw a touchdown pass. Super Bowl XII concluded with the Cowboys holding onto a 27-10 victory. 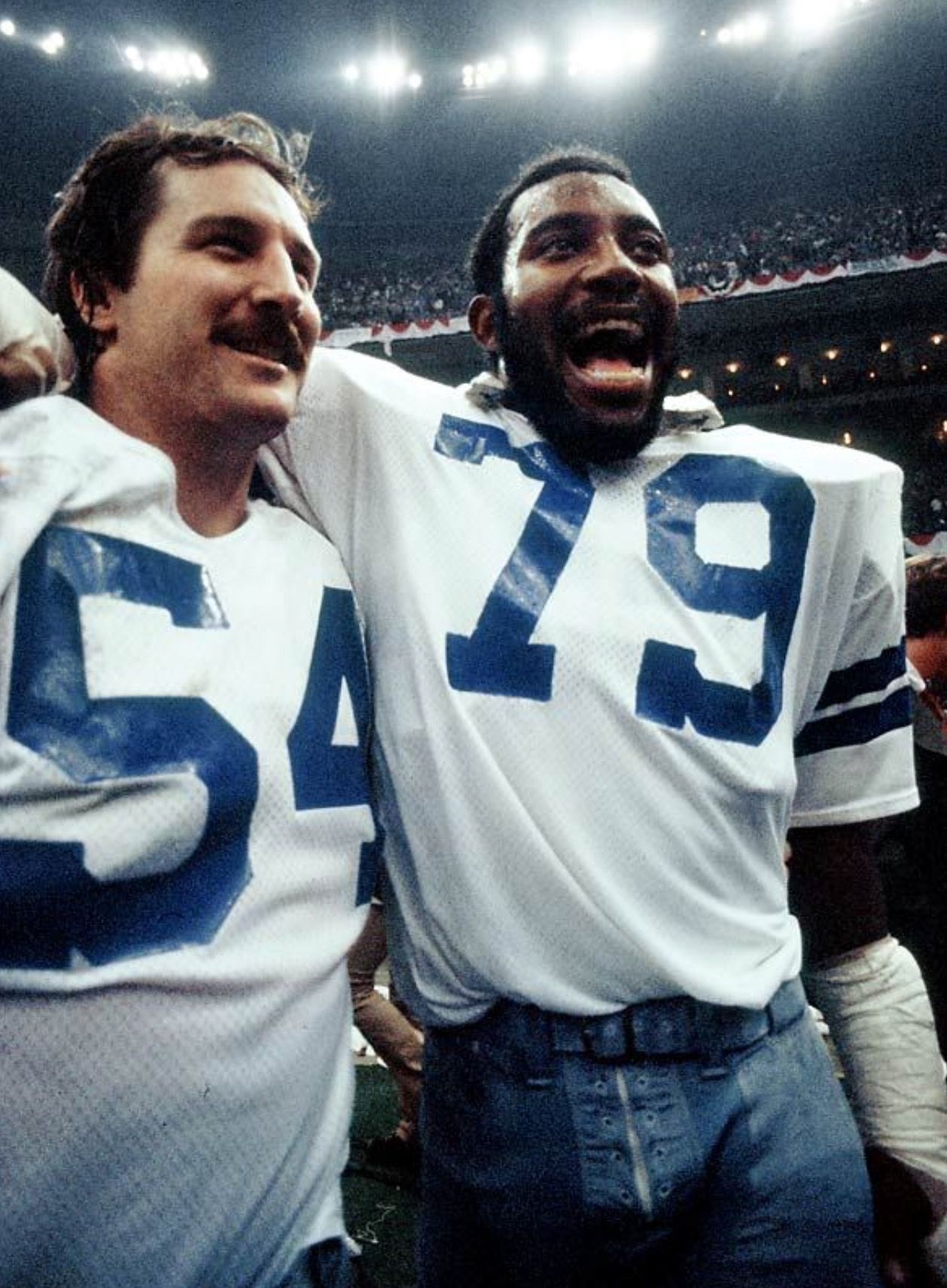 Unlike earlier Super Bowls, the twelfth installment wasn't a mid-day event on a cold mid-January afternoon. Super Bowl XII was a primetime event which was unusual given previous championships started much earlier.

Super Bowl XII took on a more technological approach in the broadcasting route. Thanks to the debut of top-of-the-line tools like "Action Track" and "Electronic Palette," viewers at home could follow the path of the ball and appreciate the high-end graphics between commercial breaks.

The Cowboys went into Super Bowl XII as the clear favorites to claim their second title, partially because they still had Super Bowl VI MVP Roger Staubach calling the shots at quarterback. Meanwhile, the Broncos weren't rebuilding their team — they were building their team after bringing Morton onboard and finally securing winning records after a 14-year drought.

With a final game score of 27-10, the Cowboys victoriously covered the 6-point spread. The 39-point over/under heading into Super Bowl XII proved that both teams' performances were somewhat predictable. Anyone betting on the under pressed their luck and narrowly secured a payout by a tight two points. 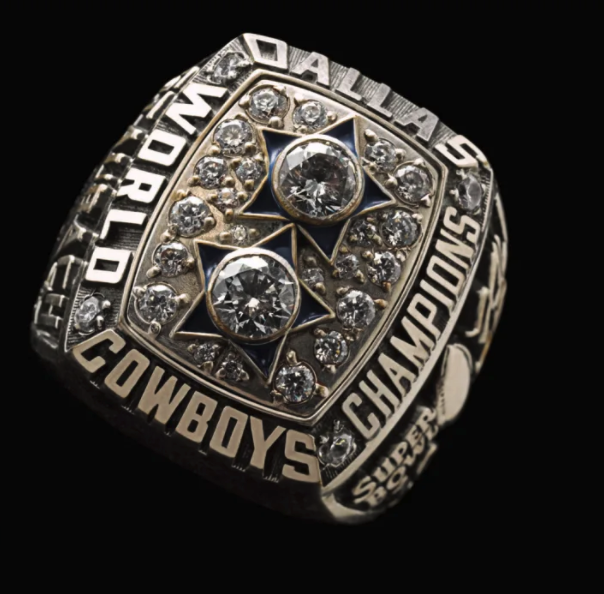 In their fourth Super Bowl appearance with their second trophy, the Cowboys kept this momentum into the following season. Dallas would face a team that also had a handful of Super Bowl performances and two championships to their name — can you figure out which?