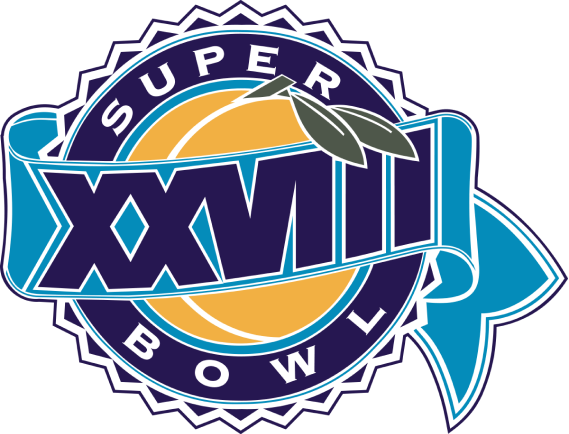 Rematches on the Super Bowl stage weren't a new concept when the 28th installment rolled around, but Super Bowl XXVIII was the first-of-its-kind in a more specific sense. It was the first Super Bowl in NFL history that pitted the same teams against each other over back-to-back championships. The Bills and Cowboys returned for a much fairer match-up — the Cowboys struggled with injuries, while the Bills still boasted one of the worst defenses in the NFL.

January 30, 1994, marked a stressful Super Bowl for loyal Buffalo Bills fanatics— who were fearful of a fourth consecutive Super Bowl loss — and another race-related controversy given Georgia's Confederate-themed flag. By the time you're done reading this article, you'll know whether the Bills made history in an unfortunate way, which national figure attended the game, and why NBC received broadcasting privileges for a second-straight year.

The Lead-Up to Super Bowl XXVIII

The Buffalo Bills' 1993-94 season was far more impressive than the last. Jim Kelly brought Buffalo and their unpredictable no-huddle offense back to the Super Bowl stage with some remarkable stats of his own — 3,382 yards and 18 touchdowns — also marking a history-making run of four-straight starts on the big stage.

Still in their prime on offense were studs like running back Thurman Thomas (1,315 rushing yards), wide receiver Andre Reed (854 yards over 52 receptions), and tight end Pete Metzelaars who was at the pinnacle of his career (68 receptions).

To say that the Bills lacked heavily on defense would be a massive understatement, as the team sacrificed 5,810 yards on defense and earned the unfortunate title of "worst defense in the league." However, there were a few bright spots on defense, including Bruce Smith (14 sacks) and Darryl Talley (101 tackles).

The Dallas Cowboys didn't return to the Super Bowl stage bigger, faster, and stronger like they'd hoped. The bumpy season began with superstar running back Emmitt Smith remaining off the field as he and the team settled a contract dispute while quarterback Troy Aikman spent a good chunk of the season nursing an injury.

The now-veteran quarterback ended his shortened season with 3,100 yards and 15 touchdowns, with Emmit Smith thriving upon returning as well (1,486 rushing yards). Also helping to lead the Cowboys to a 12-4 record was Michael Irvin (1,330 yards over 88 passes), receiver Kevin Williams (689 kickoff return yards), and Defensive end Tony Tolbert (7.5 sacks). Despite getting off to a rocky start, the Cowboys — again — were expected to top the Bills.

On January 30, 1994, around 72,817 fans (including then-Vice President Al Gore) poured into the Georgia Dome in Atlanta to experience Super Bowl XXVIII in the flesh — the first time Georgia hosted the Super Bowl since its conception in 1967. The Super Bowl proved to be a massive investment for all fans in attendance, costing an average of $175 per ticket for a seat (valued at $315.35 today).

The first quarter of Super Bowl XXVIII brought a stream of back-to-back scoring opportunities benefitting both teams. The game began with an early 50-yard kickoff return by Dallas's Kevin Williams. However, Aikman couldn't connect on a first down, leaving the Cowboys to settle for a 41-yard field goal by kicker Eddie Murray.

Jim Kelly and the Bills responded immediately via a similar route. Thurman snagged a 24-yard pass in Buffalo’s effort to march down the field, but two incomplete passes forced a Super Bowl-record 54-yard field goal by kicker Steve Christie. Not long after, the Cowboys managed to force Kelly to fumble but found themselves out of options, taking a 24-yard field goal by Murray instead for an early 6-3 lead.

The Bills began the second quarter with the wind at their backs and a first-down under their belts. Kelly led Buffalo on an 80-yard march down the field before Thomas crossed into the end zone on a 4-yard touchdown run. The teams traded punts while the Bills tried to hold their unanticipated lead.

Unfortunately, Dallas's top-notch defense kept the Bills from another first-half touchdown, instead accepting a 28-yard field goal from Christie as the clock wound down. Going into halftime, the Bills held a remarkable 13-6 lead.

With Atlanta as the backdrop, it came as no surprise that Super Bowl XXVIII's halftime show delivered the country spirit to the NFL. The highly-anticipated halftime performance brought together some of the most popular country musicians of the era: Travis Tritt, Clint Black, Tanya Tucker, Wynonna Judd, and Naomi Judd (a surprise guest for a long-awaited Judds reunion).

Clint Black began the show with a ballad of songs from his latest album, No Time to Kill. Black then handed the stage over to Tanya Tucker to perform her hit tune, "It's a Little Too Late." Travis Tritt ignited the energy in Atlanta with his rendition of "T-R-O-U-B-L-E" before the show dramatically shifted course to slower-paced and heart-warming Judd duets.

While the mother-daughter duo sang "Love Can Build a Bridge," guests like Steve Wonder and former Super Bowl MVP Joe Namath joined them at center stage. The country-themed Super Bowl diverted the national spotlight to the thriving 90s country music scene while providing the first-ever lights-off halftime performance at the Super Bowl.

By the beginning of the third quarter, it was clear Buffalo's lead would disappear. The Bills fumbled the ball barely a minute into the half, allowing Washington to jet 46 yards down the field for a Cowboys' touchdown. Now tied at 13-13, Dallas continued this momentum with seven additional points on the board.

After Jeffcoat and Haley sacked Kelly and forced a punt, Aikman triggered a series of eight plays that would conclude in the end zone. Smith took the lead on seven of these plays, ending on a 15-yard run directly into touchdown territory.

Despite trailing 20-13, the Bills wouldn't score again for the rest of the game. Dallas's Washington nabbed one of Kelly's passes to help the Cowboys regain possession. On a risky fourth-down maneuver, Smith rushed one yard into the end zone to widen Dallas's lead to a loftier 27-13.

The brute-force Cowboys defense forced another Buffalo punt, with Dallas shutting down the scoreboard after a 20-yard field goal by Eddie Murray. As such, the Buffalo Bills became the first team ever to lose four straight Super Bowls — a feat the team hoped to avoid.

Cowboys running back Emmitt Smith netted the highest salary in the NFL amongst all running backs, and Smith vehemently proved he was worth every penny with his MVP performance at Super Bowl XXVIII.

Smith was also the second-ever Super Bowl player to capture 100 rushing yards in consecutive Super Bowls — all while nursing a shoulder injury.

While all previous airings of the Super Bowl rotated between CBS and NBC (and sometimes ABC), Super Bowl XXVIII was a bit of an outlier. The game marked the end of the current five-year contract, and the NFL awarded coverage to the highest bidder — in this case, it gave NBC back-to-back airings.

This Super Bowl also proved something that many were unsure of: The NFL was picking up some steam once again after years of declining viewership. About 133.8 million people coast-to-coast caught the game via their television sets, earning the network a decent Nielsen rating of 45.5.

After suffering a near-blowout during the previous Super Bowl (52-17), the Bills stepped up their game. But although the Bills secured the best record in their conference (12-4), Buffalo's defensive roster was arguably the worst in the league (allowing 5,810 yards). Meanwhile, in Dallas, quarterback Troy Aikman captured 3,100 yards on the season while guiding his team to a conference-best 12-4 record — giving Dallas a significant -10.5-point edge over Buffalo.

Super Bowl XXVIII was a far closer game than the previous Cowboys/Bills match-up, and the Cowboys successfully covered the spread by a much narrower margin (6.5 points). And with the 30-13 Dallas victory, the predicted over/under of 50.5 was a bit lofty. The Super Bowl XXVIII teams were about one touchdown shy (7.5 points) of reaching "over" territory." 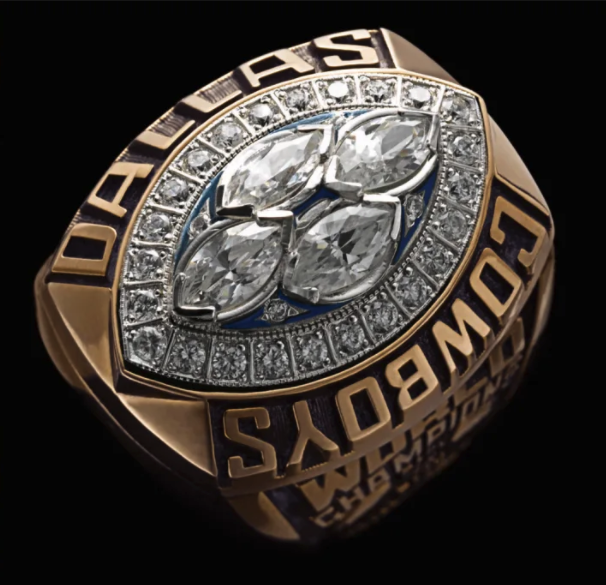 While the Cowboys handed the Bills a heartbreaking loss at the Super Bowl, there's no doubt that Buffalo returned to the stage with greater talent and desire to win. The 30-13 loss was far less tragic than the previous 52-17 near-blowout and gave Buffalo fans something to be proud of. Despite both teams qualifying for back-to-back Super Bowls, neither would return at the end of the next season.