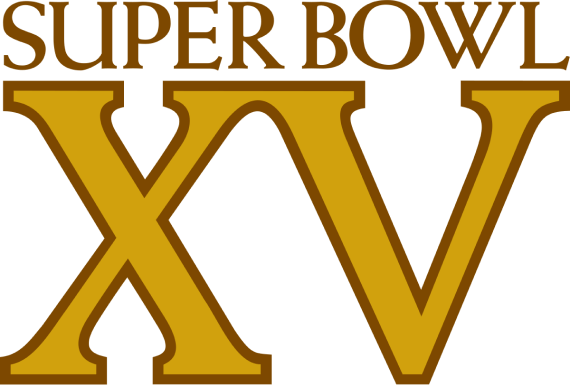 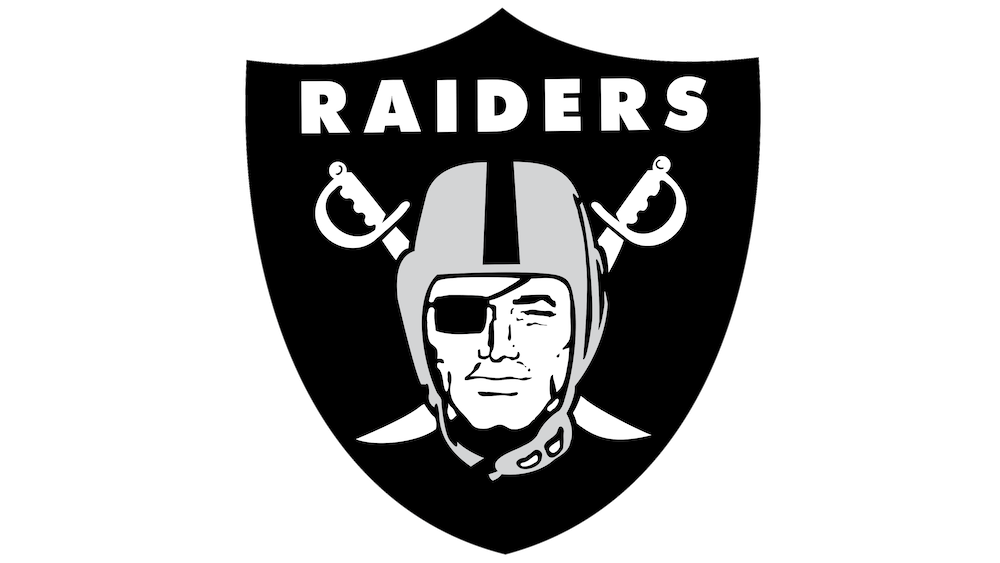 Heading into the fifteenth Super Bowl, it was clear that times were changing. The NFL (now the NFC) was perpetually viewed as a "football dynasty" for decades but had only won four of the fourteen Super Bowls by the time Super Bowl XV rolled around — proving the AFC (then the AFL) could hold their own on the turf. The Oakland Raiders (AFC) were returning for their third appearance in three different decades — securing a Super Bowl victory in 1977 — and the Philadelphia Eagles (NFC) were waltzing onto the big stage for the very first time.

January 25, 1981, was a day of epic proportions for American patriotism across the country, celebrating the fifteenth Super Bowl and the release of 52 American hostages in Iran — a major American victory. By the time you're done reading this article, you'll know which special guest aided with the coin flip, how long it had been since the Eagles advanced to the NFL championship, and why there was potential drama surrounding the Lombardi Trophy hand-off.

The Lead-Up to Super Bowl XV

By the 1980-81 season, the Philadelphia Eagles were nearing a 20-year NFL championship appearance drought. Despite grasping a cool 12-4 regular-season record, Philadelphia couldn't break league records for any offensive category. They were sixth in points (384) and eighth in yards (5,519), but, defensively, the Eagles limited their opponents to the fewest points across the NFL (just 222).

Calling the shots was quarterback Ron Jaworski, who ended the season with an extraordinary 27 touchdowns and 3,529 yards. Also taking the field for the Eagles were halfback Wilbert Montgomery (194 yards in the NFC championship match-up), defensive end Claude Humphrey (14.5 sacks), and defensive back Bernard Wilson (six interceptions). Thanks to the brute force defense out in Philadelphia, the Eagles were "favorites" to win by a mere three points.

The Raiders neared the 1980-81 season with pressure in the quarterback role. The team was recovering from the significant loss of Ken Stabler and a season-ending injury for back-up Dan Pastorini, forcing Los Angeles to settle for Jim Plunkett in the lead role — the quarterback responsible for five dismal seasons while with the Patriots. Plunkett recovered from five interceptions in a single game to finish the season with 2,299 yards and 18 touchdowns.

Despite having a hit-or-miss team player at QB, the Raiders lineup included studs such as wide receiver Cliff Branch (858 yards and seven touchdowns), defensive back Lester Hayes (13 interceptions), and running back Mark van Eeghen (838 yards). Remarkably, Gene Upshaw was still on the Raiders roster by Super XV, boasting two past Super Bowl appearances (1967 and 1976) and still giving it all on the field.

Just before the 1980-81 season kicked off, the Raiders pursued a move from Oakland to Los Angeles, which sent team owner Al Davis to court to sue the NFL for rejecting the transition. As a result, many wondered how a potential Vince Lombardi trophy handoff would go if the Raiders were to prove victorious on the big stage. Additionally, the Raiders were looking to avenge their 10-7 regular-season loss to the Eagles that same season.

On January 25, 1981, around 76,135 eager fans rushed into the Louisiana Superdome down in New Orleans to witness history in the making and an event oozing with American patriotism. Fans paid a loftier $40 for a ticket — up 33% and $10 from previous Bowls (worth $114.53 today) — and claimed their seats early to partake in honoring the freed Iranian hostages.

The first Eagles possession of the game went poorly. Oakland linebacker Rod Martin nabbed an interception and brought the Raiders into scoring position immediately. Just seven players later, Raiders wide receiver Cliff Branch caught a 2-yard touchdown pitch from Plunkett to put the Raiders on the board with an early 7-0 lead. The Raiders clinched another touchdown with just nine seconds remaining in the quarter with an 80-yard mad dash to the end zone by Kenny King.

Now trailing 14-0, the Eagles entered the second quarter of Super Bowl XV with unscathed momentum. After a series of passes to Spagnola (22 yards) and Montgomery (25 yards), Eagles kicker Tony Franklin sent the ball through the uprights on a successful 30-yard field goal. The Eagles attempted another last-ditch field goal by Franklin with less than a minute left in the quarter, but linebacker Ted Hendricks blocked the kick with outstretched arms.

With a 14-3 Raiders lead going into the half, the players returned to the locker room to talk strategy while fans in the Louisiana Superdome enjoyed an invigorating halftime show. The Up with People performance, entitled "Mardi Gras Festival," paid homage to the host city’s annual Mardi Gras celebration every February.

Desperate to hold onto their lead, the Raiders started the second half hoping to get revenge on the Eagles after the regular-season loss. Plunket made good on the Raiders' first possession of the second half, with Branch — again — capturing a touchdown pass to widen Los Angeles' lead to 21-3. Jaworski — again — threw an interception, a play leading Raiders kicker Bahr to nail a 35-yard field goal.

Jaworski led the Eagles through an 88-yard drive spanning 12 quick plays, ending on an 8-yard touchdown pass to Keith Krepfle. While the Raiders sat comfortably with a 24-10 lead, the team wasn't content with this lead with 14 minutes still remaining. Bahr snatched another 35-yard field goal for the Raiders, driving their lead to an unexpected 27-10. The Raiders finished out the game with a defense-heavy approach to pull an upset over the favored Philadelphia Eagles.

The 27-10 Raiders victory allowed Los Angeles to become the first team in NFL history to win a Super Bowl, only qualifying after earning a wild card.

Raiders quarterback Jim Plunkett, with two touchdown passes on the day, left the Louisiana Superdome with the coveted title of Super Bowl MVP. 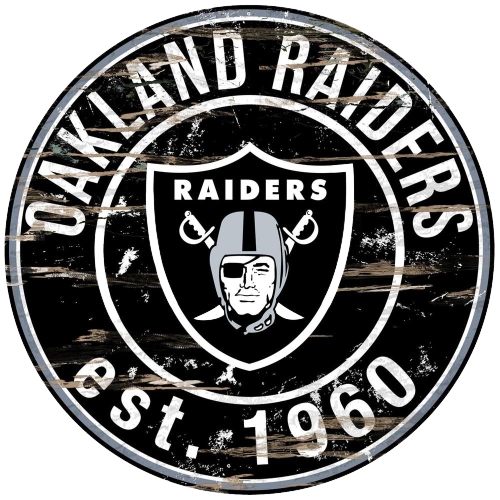 Plunkett's ability to rise to the occasion early on in Super Bowl XV allowed the Raiders to get an early head-start (14-0) and hold onto the momentum for the rest of the game.

The NBC broadcast of Super Bowl XV amassed a following of over 94.12 million Americans from coast-to-coast, helping the network nail a 44.4 Nielsen rating. Looking to broaden its at-home audience even further, the NFL and NBC joined forces to provide closed captioning for deaf and hard of hearing viewers (a first-of-its-kind in the NFL arena).

The broadcast of Super Bowl XV concluded with a highlight reel plus footage of the released Iranian hostages and Ronald Reagan's inauguration from earlier in the day — conjoining nearly every aspect of American patriotism into one brief clip.

Despite having never stepped foot on the Super Bowl stage, the Eagles approached the fifteenth Super Bowl as "favorites." Philadelphia went into this significant Bowl game expected to win by a 3-point margin. Not only did the Eagles not win the game (and their first Super Bowl), but their dismal on-field performance allowed the underdog Raiders to cover the spread, easily.

The over/under of Super Bowl XV was about as on-point as it could've possibly been. The 27-10 final score in this Raiders victory — a 37-point total — resulted in an under payout by a slim margin of just 0.5 points. 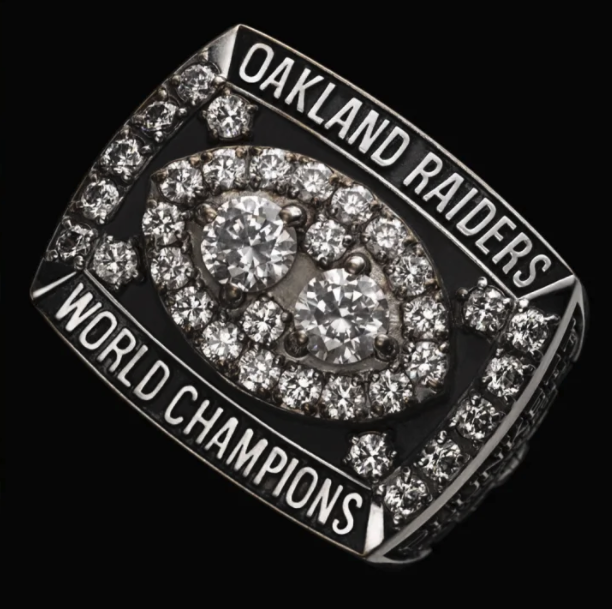 Despite both teams giving it all on the field down in Louisiana, neither team would return to the big game during the next season. However, this Super Bowl XV appearance did allow the Raiders to become the first team to star in Super Bowls across three different decades.