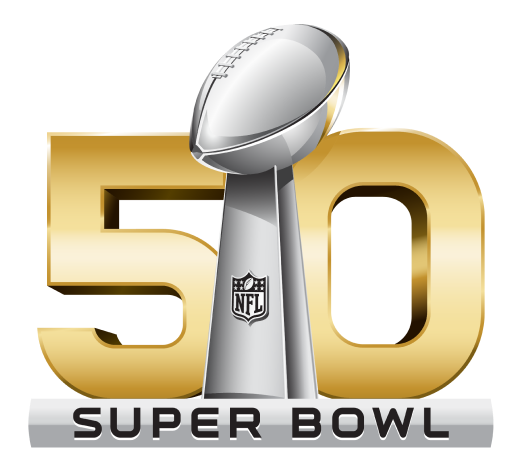 The Broncos, once the No. 1 offense in the league that suffered an embarrassing 43-8 Super Bowl loss years earlier, now boasted the top-ranked defense. Meanwhile, the Carolina Panthers were the top scoring threat in the NFL, making for a relatively even matchup.

February 7, 2016, allowed the Broncos to join the small handful of teams with eight Super Bowl appearances in franchise history and delivered one of the most-watched Super Bowls in league history.

By the time you're done reading this article, you'll know how many past Super Bowl MVPs participated in the festivities, which headliner was overshadowed by their guest acts, and who would win in the battle.

The Lead-Up to Super Bowl 50

Manning ended the worst season of his entire career with 2,249 yards, nine touchdowns, and 17 interceptions. Carrying the team to a 12-4 regular-season tally were offensive standouts like receiver Demaryius Thomas (1,304 yards) and running back C.J. Anderson (863 rushing yards).

However, the top-rated Broncos defense heavily stole the spotlight from the 19th ranked offense. The defensive squad allowed a league-low 4,530 yards and 296 points all season with the help of Von Miller (11 sacks) and Brandon Marshall (109 tackles).

The Carolina Panthers' 2015-16 season marked the best in their 21 years as a team. This normally-forgotten squad captured an unexpected 14-game win streak to start the season, which set an NFC record and allowed the team to clinch a remarkable 15-1 record.

Guiding the Panthers to a league-leading 500 points was a quarterback — Cam Newton — who was at the top of his game, ending the season with 45 total touchdowns, 4,473 combined yards, and an extraordinary 99.4 passer rating. In his league-dominating season, aiding Newton were the likes of tight end Greg Olsen (1,104 yards) and running back Jonathan Stewart (989 rushing yards), two of his favorite targets.

However, the defensive line undoubtedly made the 15-1 record-breaking Panthers season a reality. The d-line amassed 24 total interceptions, boasted a defensive tackle (Kawann Short) with 11 sacks, claimed a linebacker (Luke Kuechly) racking up 118 tackles, and held opponents to a mere 308 points all season.

On February 7, 2016, 71,088 fans claimed their seats in Levi's Stadium in Santa Clara, California — the first time the Super Bowl returned to the Golden State since Super Bowl XXXVII in 2003. The allure of the Super Bowl's "Golden Anniversary'' also came with a substantial price hike. The average ticket price sat at about $1,800 (worth about $1,952.85 today), though fees skyrocketed well over $4,000 after scalpers got involved.

The pregame festivities shined the spotlight on the best NFL players in history, featuring 41 of the past MVPs — one of whom, Manning, was lacing up for the night's matchup. As the initial kickoff neared, "Poker Face" singer Lady Gaga performed a piano-laden version of the National Anthem before a military choir took the stage for "America the Beautiful."

Peyton Manning and the Broncos started Super Bowl 50 with the classic intensity of a Super Bowl-caliber team. The Broncos marched 64 yards down the field on long passes to Owen Daniels and Andre Caldwell and a few Anderson rushes. However, Manning couldn't make good on the touchdown opportunity, and the Broncos reluctantly settled for a 34-yard field goal by Brandon McManus.

For the first time all season, the Carolina were trailing — though only by a minuscule 3-point margin. The rock-solid Broncos' defense held Newton off on a potential scoring drive and wound-up sacking Newton for a fumble recovery in the end zone. This miraculous play only widened Denver’s lead.

The Panthers were trailing 10-0 by the beginning of the second quarter, but Newton didn't plan to keep it that way for too long. The Panthers' offense progressed 73 yards down the field as Newton went 4/4 on passes, a drive concluding with a 1-yard touchdown run by Jonathan Stewart. The Broncos then made a lucky fast break down the field following a short punt to enable McManus to kick a bullet through the uprights.

The first half ended on a series of interceptions, fumbles, and punts that allowed the Broncos to preserve their 13-7 lead.

Coldplay performing at the Super Bowl was something many rock fans eagerly awaited for years, and Super Bowl 50 finally delivered the much-anticipated headliner. However, there was far more star power at this halftime show than Chris Martin and his band. The show began with a solo performance of "Yellow" by lead singer Chris Martin, his band later joining him for renditions of Coldplay hits like "Viva la Vida" and "Adventure of a Lifetime."

Coldplay returned to the stage to sing a medley featuring tunes like "Fix You" and "Clocks" as a highlight reel of past Super Bowl performers played behind them. All of the night's performers then joined together on stage for a memorable group performance of "Up&Up."

The show ended on a positive note, with fans in the arena overturning cards that read "Believe in love" and featured a rainbow. Despite Coldplay being the headlining act, many still believe that Bruno Mars and Beyoncé were the most well-received acts of the night.

The Panthers returned from the locker room with a bone to pick but clear trouble leaving it all on the field. While Newton threw a game-record 45-yard toss to Ginn Jr., Carolina ended the drive empty-handed after a botched field goal attempt. Yet, the Broncos succeeded with a field goal of their own in the ensuing drive. McManus's 33-yarder heightened Denver's lead to 16-7, a score that would remain until the fourth quarter began.

Carolina eventually secured a lucky interception early in the final quarter to add more points to their column on the scoreboard. Plays by Funchess and Stewart put the Panthers in field goal territory, and Gano's successful kick narrowed the Broncos' lead to just six points.

Not long after, Newton had the ball stripped from him, a play that fueled anger amongst fans and only topped off the quarterback's lackluster performance on the night. The once unimpressive Manning led a game-solidifying drive that ended with Anderson's 2-yard touchdown and a 2-point conversion. The Denver Broncos walked away from Super Bowl 50 as victors with a 24-10 final score. 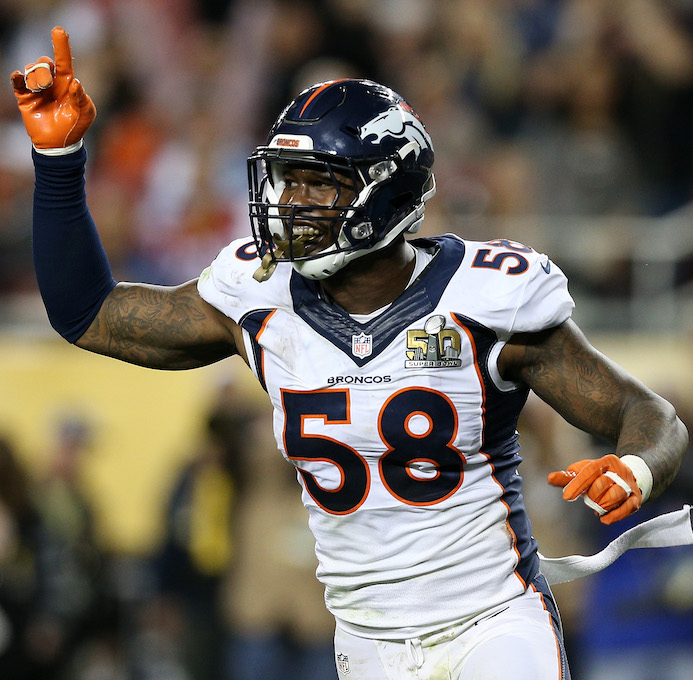 The 50th anniversary of the Super Bowl brought excitement for the league championship like never before in history. Understandably, network executives at CBS took the initiative to expand viewership for the big game. The network offered streaming via the CBS Sports app and website for folks tuning in via tablet, smartphone, or gaming system.

Americans found this NFL anniversary to be monumental as expected, allowing CBS to snag a 46.6 Nielsen rating and over 167 million viewers throughout the night — the second-highest viewership in Super Bowl history (just behind Super Bowl LI).

However, the entertainment didn't end after the Broncos successfully defeated the Panthers to win the Lombardi Trophy. After the game, fans sticking with CBS seized on the chance to catch a highly-anticipated episode of The Late Show with Stephen Colbert featuring guests like Barack Obama and Will Ferrell.

In a tale of two quarterbacks, it was evident that the 13 years younger Cam Newton had far more to offer on the gridiron. Newton was arguably in the best season of his career, while Manning recorded some of his worst stats ever. With that, the 15-1 Panthers, who began the season on a record-breaking win streak, were expected to win by five points.

However, the Broncos showed up early in the game to secure an upset victory of epic proportions. The 24-10 Denver victory allowed the crew to cover the spread by an unthinkable 19 points. And the over/under was just as unpredictable. The 34 total points scored in Super Bowl 50 landed nowhere near the 43.5-point over/under. 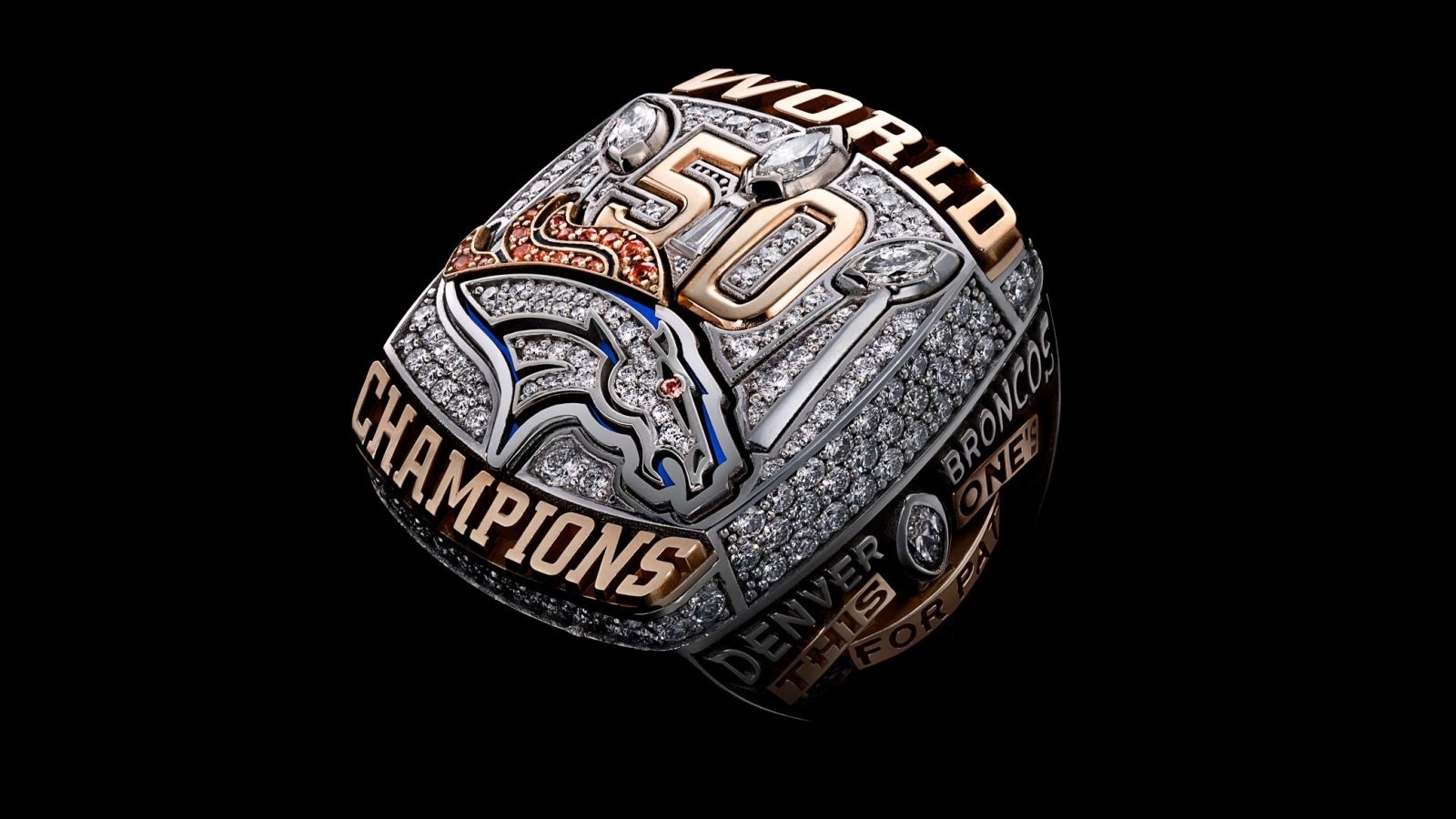 Peyton Manning successfully guided his team to his fourth-ever Super Bowl, spanning two teams (Colts and Broncos). The veteran quarterback decided to conclude his NFL career on a high note, retiring shortly after the victory. With his retirement, Denver handed the quarterback role over to Paxton Lynch and Trevor Siemian.