With 17 NBA championship wins, the Boston Celtics are one of the greatest franchises in basketball history. How did this team come to be so great? We’ll break down the history of the Boston Celtics as well as enlighten you on their logo and jersey history, MVP players, and even who the most famous Celtics fans are.

By the end of this article, you will be an expert on the Boston Celtics. Ready? Slam. Dunk.

The Boston Celtics were officially formed as part of the Basketball Association of America (BAA) in Boston, Massachusetts on June 6, 1946 by Walter A. Brown. Brown was the presiding Boston Garden-Arena Corporation President and named this new basketball team “Celtics” because of the names great basketball history and tradition from the New York Celtics (1914 - 1939). Other names considered for the team included Whirlwinds, Olympians, and Unicorns but the name Celtics prevailed over all other options.

In 1949, the BAA was absorbed by the National Basketball Association and the Celtics became a part of the NBA. In 1950, the Celtics brought on Red Auerbach as their new coach and made history by drafting Chuck Cooper, the first black player in the NBA.

The Celtics got off to a rocky start and didn’t win their first championship until their 10th season when they defeated the St. Louis Hawks in a double-overtime Game 7. After their first win, they went on to win the championship title for the following eight years in a row, making their mark as one of the greatest teams of all time.

The Celtics' fame grew alongside the American’s use of television, which aided in making both the team and its players into basketball icons. With more and more Americans watching the sport on TV, the Celtics quickly became a household name. One of the most prolific Celtics players was John Havlicek, who stole the ball during a game against the Philadelphia 76ers in the 1965 NBA Eastern Conference championship. Radio broadcaster Johnny Most famously said, “Havlicek stole the ball!” which became a phrase favored and often quoted by Celtics fans.

In 1978, the Celtics acquired Larry Bird who would become one of the most beloved Celts in history. Bird led the Celtics — along with Robert Parish, Kevin McHale, and Dennis Johnson — to the NBA Finals five times in the 1980s, with their last win in 1986.

With such a high rate of success, the Celtics didn’t see a long streak of losses until the mid-1990s. Their luck didn’t turn around until 2007 with key players Kevin Garnett, Ray Allen, and Paul Pierce. After nearly 10 years of not making it into the NBA finals, the Celtics turned it around and won their 17th NBA championship.

The Boston Celtics logo has gone nearly unchanged since former coach Red Auerbach's brother Zang designed it in the 1950s. The logo has almost always featured a leprechaun.

The first Celtics logo dated back to the team’s beginnings in 1946. The logo was simple, with just a dark green circle with “Celtics” written in all-capital letters and a clover on the interior in white. All borders were narrow and orange, and all aspects of the logo appeared to be hand-drawn.

In 1950, the Celtics logo took a dramatic turn from its humble beginnings. The new logo included what appears to be a leprechaun with a pipe in his mouth, a hat on his head, and classic leprechaun attire.

Ten years later in 1960, the Celtics adopted a slight modification to the previous logo. This logo added an orange background to the 1950 leprechaun logo.

In 1968, the logo for the Celtics stuck to the leprechaun theme, but was practically unrecognizable, as compared to the previous logo. This new logo included a red basketball in the background, a leprechaun in classic Irish attire spinning a white basketball on the front, and “Boston Celtics” following the curve of the ball.

The 1974 logo was the first attempt at today’s current logo, adding a more modern spin to the previous logo. The new Celtics logo cleaned up the linework, brought the leprechaun front and center with far greater detail, replaced the basketball in the background with a white circle and a thick green border, and made the entire logo green and white.

In 2014, the Celtics revealed a silhouette version of the same logo with the statement, “The goal in creating the logo was to extend the Celtics brand with a symbol reflecting the rich tradition of the organization throughout its history, yet versatile couch to work across various formats and products.” 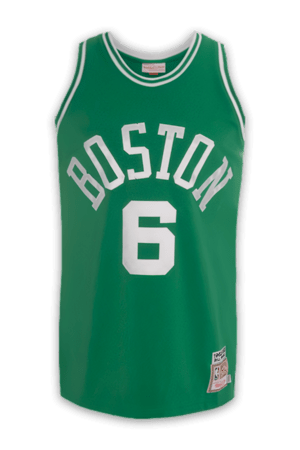 Similar to the logo, the Boston Celtics’ jersey has seen minimal changes throughout the years. From 1947 to 1970, the Celts donned a leprechaun green jersey with white accents and the word BOSTON in block letters. 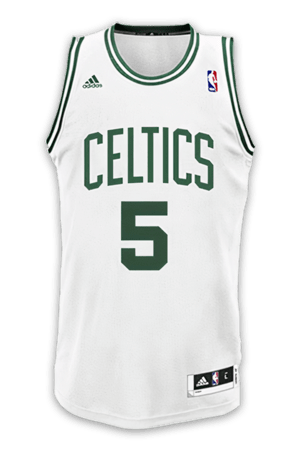 In 1970, the team’s jersey was inverted to be primarily white with green accents and the word CELTICS in block letters. 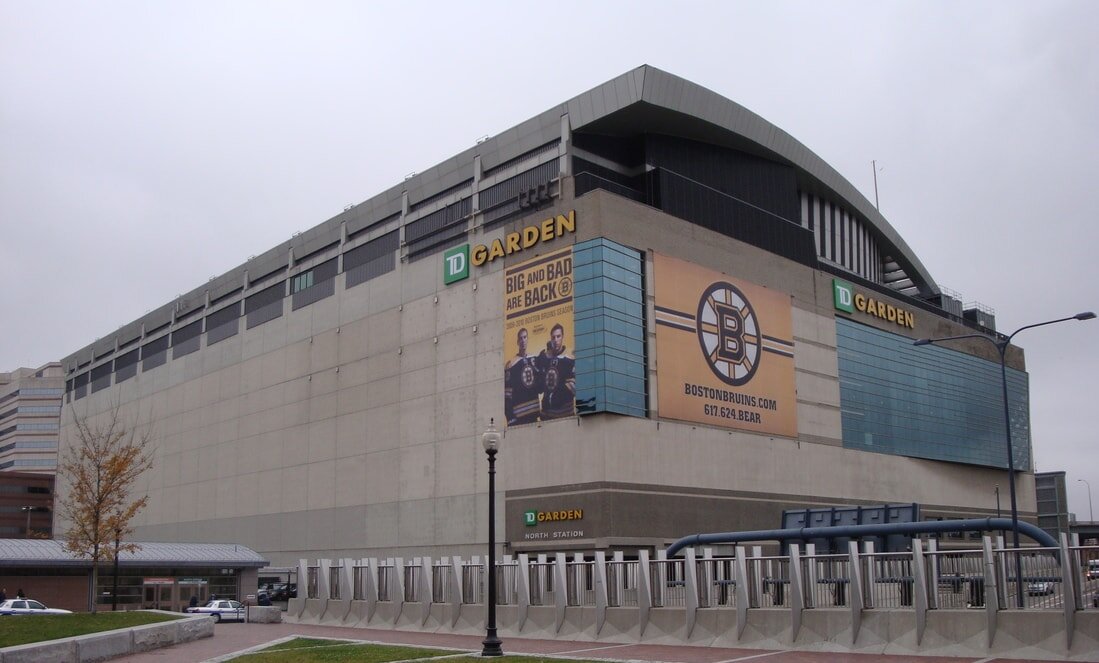 The Celtics founder Walter Brown was the president of the Boston Garden Arena Corporation so it makes sense that this was their first home as a team. They played at the Boston Garden from 1946 until 1995 when they moved to the Fleet Center, which was eventually renamed the TD Garden, which they still call home today.

It’s not hard to imagine that one of the most successful teams in basketball history would have a few famous fans.

At any given Celtics game, you might have the opportunity to rub elbows with some of the finest comedians, actors, playwrights, and more.

This powerhouse NBA team has retired so many player numbers that there aren’t many left to pick from these days. Of the hundreds of standout players that laced up their shoes for the Boston Celtics, the following 20 have had their numbers retired:

The Boston Celtics wouldn’t be the team they are today without the help of past owners, the team’s founder, and coaches. Grateful for their beginnings, the Celtics have since retired the No. 1 in honor of the team’s founder, Walter Brown, and the No. 2 jersey for Red Auerbach, a coach who led the team to nine championships during his tenure.

With 17 championship wins to their name, the Boston Celtics have also proven themselves as a franchise. Throughout the years, the Celts have stood the test of time by continuing to draft high quality players, many of whom have been inducted to the Basketball Hall of Fame.

In their 74 years as a franchise, the Celtics have been arguably the most successful team in NBA history. The Celtics and the LA Lakers are fierce rivals. While the Celtics have not won an NBA championship since 2008, they have built a young core that could compete for championship No. 18 in the near future.