The Memphis Grizzlies were once known as the Vancouver Grizzlies, one of two NBA teams in Canada at the time (the other being the Toronto Raptors). Despite a quarter-century as a team, the now-Memphis Grizzlies have only managed to capture 50 or more wins per season only 4 times. Now, it’s time to find out how this struggling team went from one of Canada’s only professional basketball teams to a staple in the Memphis, Tennessee area.

The 1980s brought a huge push to bring professional basketball in the form of an NBA franchise to Canada, a move initiated by an NHL team owner by the name of Arthur Griffiths. By 1993, the NBA approved a $125 million expansion into Canada in the form of two teams: The Toronto Raptors and the Vancouver Grizzlies. Team owners chose Stu Jackson as the first General Manager as well as Head Coach Brian Winters, a man who coached alongside Lenny Wilkens.

The original team name was meant to be the Mounties, which didn’t go over well given the similarity to the official title of the Canadian police force. The name “Grizzlies” was ultimately chosen based on the population of grizzly bears in Canada. The first few seasons for the Vancouver Grizzlies were littered with defeat, given limitations by the NBA in the form of salary caps and draft picks.

The first season as a team in 1995 highlighted the struggles of a brand new team and consisted of a 19-game and a 23-game losing streak to finish the season with a disheartening 15-67 record. The 1996 Draft brought newcomer Shareef Abdur-Rahim, who led the team in points with an impressive 19 points per game. However, the next season resulted in a shake-up in the coaching staff and a mere 14 wins in the entire season.

As the Vancouver Grizzlies continued to have trouble, fewer fans began showing up to home games to support their players. By 1998, the team was having trouble staying afloat financially and was eventually sold to Michael Heisley for a whopping $160 million. Out of several cities to choose from, the NBA ultimately approved relocation to Memphis, Tennessee in 2001. While based out of Vancouver, the team had not achieved a record greater than .280.

The Memphis Grizzlies have had four logos since 1995.

The Grizzlies' first logo displayed an aggressive-looking grizzly bear near the bottom with the name “Vancouver” in all-capital red letters and “Grizzlies” below that in a unique green font.

After moving to Memphis following the 2001-01 NBA campaign, the Grizzlies continued to use their logo, except the city name was replaced.

From 2005 to 2018, the Memphis Grizzlies sported a brand new logo. This logo consisted of several shades of blue, with an icon of a grizzly bear with yellow eyes at the top and “Memphis Grizzlies” at the bottom. “Grizzlies” is written in an arched design.

In 2018, the Memphis Grizzlies debuted their current logo. The only change to this logo is a change in font and a straightening of the “Grizzlies” from the former logo. 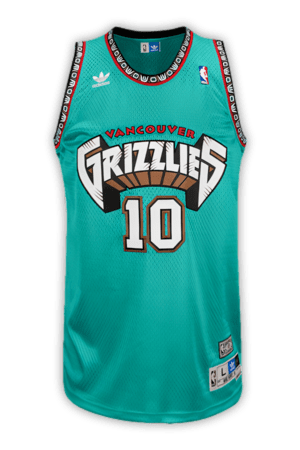 From 1995 to 2000, the team sported a teal jersey with the then-logo (minus the grizzly bear) on the front. 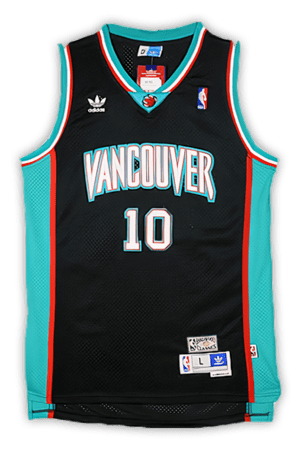 Between 2000 and the departure from Vancouver in 2001, players wore mostly black jerseys with the name “Vancouver” written on the front in white lettering. The side of the jersey included red and teal vertical stripes. 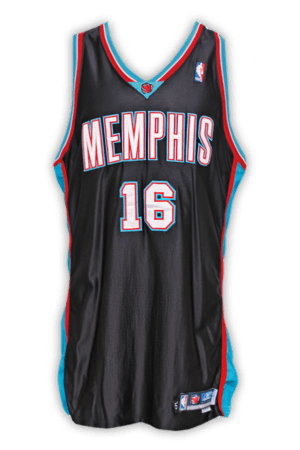 After moving to Memphis in 2001, the Grizzlies switched to an all-black jersey with the name “Memphis” on the front in all capital white lettering. Teal and red stripes went down the sides. 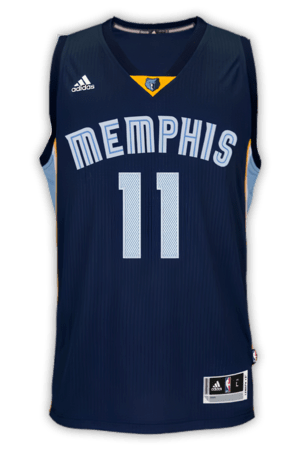 The 2004 season in Memphis brought an entirely updated jersey, appearing quite similar to today’s jersey. This jersey was a navy blue with all lettering in a light blue and white front. The font used for lettering was the same as the logo. 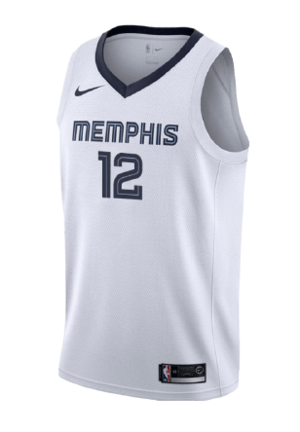 The Grizzlies introduced their slightly altered current jerseys in 2018. This version features an all-white jersey with a blue stripe and the last name under the number. 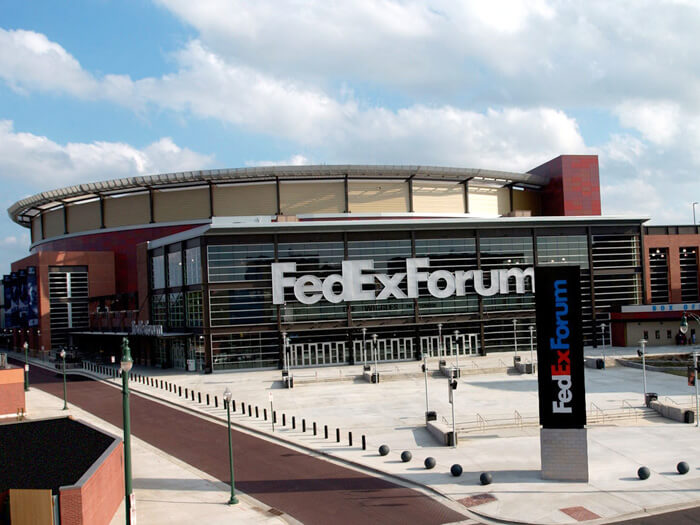 Memphis native and pop star Justin Timberlake is considered the most famous Grizzlies fan today, who also happens to be a part-owner of the team.

Since the Grizzlies have only been around for a mere 25 years, it’s not surprising that the team has yet to formally retire any jerseys or numbers worn by former players. However, the team plans to retire No. 50 (Zach Randolph), No. 9 (Tony Allen), No. 33 (Marc Gasol), and No. 11 (Mike Conley Jr.). As of now, it’s unclear when the Grizzlies will officially retire these numbers, though it’s anticipated to be within the next few seasons.

Just as the Grizzlies have no retired jerseys as of yet, they also don’t hold much of a presence in the coveted Basketball Hall of Fame. The only player representing the team is Allen Iverson, who only saw court time during 3 games for the Grizzlies while averaging 12.3 points with the team in 2009.

The relocation from Vancouver to Memphis, Tennessee was groundbreaking on two fronts. The move made the Toronto Raptors the only remaining Canadian team in the NBA and the Memphis Grizzlies became the first professional sports team to represent Memphis. Yet, the move didn’t reverse the struggles that the team was facing back in Vancouver. The Grizzlies experienced a steady stream of coaches coming in and out.

The hiring of Head Coach Hubie Brown in 2002 turned the tides for the first time. The Grizzlies eventually secured a spot in the playoffs for the first time in franchise history during the 2004 season. The team continued on in 2005 to draft veteran players, which resulted in 3 straight playoff appearances for the Memphis Grizzlies. The drafting of defensive player Marc Gasol helped the team to transition to a defense-heavy tactic.

Since then, the team has had 7 straight appearances in the playoffs from 2010 and 2017. The Grizzlies even made it to the conference finals in the 2012 season, a monumental moment for the struggling team. The team took another downward turn in the 2018 season with 19 straight losses and losing games by nearly 70 points. In the history of the team, the Grizzlies have only had 4 seasons with 50 or more wins and a season-high of .683 in 2013.