Like quite a few teams in the NBA, the Washington Wizards have seen their fair share of home cities and team names. In fact, the team has been known by six different names and has played in Chicago, Baltimore, and Washington D.C. thus far in its 59-year history. It’s time to find out everything there is to know about the Washington Wizards, from the very beginnings to where the team’s future lies.

The Washington Wizards were formerly known as the Chicago Packers as early as 1961, named after the wildly popular meatpacking industry in the Illinois area. The name lasted only one year before the team was renamed the Chicago Zephyrs to avoid a link to the hometown football rivals, the Green Bay Packers.

The Zephyrs made their first relocation to Baltimore, Maryland in 1963 and were officially renamed the Baltimore Bullets, an homage to a former team from the 1940s and 1950s. The first few years as an NBA team were successful given the stacked roster that included the likes of Walt Bellamy, Bailey Howell, and Bob Ferry. Howell effectively led the team to the first franchise conference title in 1965, ultimately falling to the Los Angeles Lakers in just six games.

The 1960s brought more skilled players and greater success with the addition of Wes Unseld and Earl Monroe. The Washington Bullets were able to secure 19 additional wins from the previous season and clinched an NBA Finals appearance in 1971. Though the Bullets were defeated by Kareem Abdul-Jabaar and the Milwaukee Bucks in only 4 games, this event set the stage for the next few years.

The 1973 season saw a relocation to Washington D.C. and a brand new team name, the Capital Bullets. The team name was again changed to the Washington Bullets following the 1974 season. Despite being down on their luck, the Washington Bullets advanced to the NBA Finals in 1975, losing to the Golden State Warriors in a mere 4 games. The team again proved doubters wrong, as the underdogs defeated the Seattle SuperSonics for the NBA Championship in 1978.

The Washington Bullets struggled to see success in later years, unable to make an appearance in the playoffs for the first time in 13 years during the 1981 season. The Bullets reversed course by 1983 and saw playing time in the playoffs during five straight seasons. In 1995, team owner Abe Polin decided to rename the team due to its links to violence in a crime-heavy Washington D.C. A contest helped to rename the team to the Washington Wizards in 1997, which ironically went hand-in-hand with the name of Polin’s other team, the WNBA’s Washington Mystics.

There has been no shortage of logos in the history of the Washington Wizards, which has made very minor changes in the logo from year to year.

In 1969, the team moved to Baltimore and adopted an all-orange logo with name “bullets” in lowercase and the L’s in the name stylized as hands shooting a basketball.

1970 saw the same logo with different coloring. The lettering was a light blue color and the basketball was a lighter brown instead of the entire logo being orange.

1972 called for a slight change in logo color. This logo incorporated a darker blue and brown.

The 1973 logo for the Baltimore Bullets seems to just revert back to the 1970 logo.

The new logo returned the same logo that was used two years earlier in 1972.

Between 1975 and 1987, the logo was shifted to represent the move to Washington D.C. and once again darkened the blue and brown while redesigning the hands shooting the basketball.

The new logo in 1988 brought a brand new font, darker blue coloring for the letters, a dark brown for the basketball, and a different hand structure in the L’s.

Between 1998 and 2007, the Washington Wizards sported a brand new logo that had never been used before. This logo appears to incorporate a long-beard wizard playing basketball with a moon that appears to look like a basketball.

The change to the logo in 2012 was a bit more significant. The design included red and dark blue color schemes compared to the previous logo design.

In the brand new 2015 logo (and still current), the logo includes the name “Washington Wizards” and infuses blue, red, and white in a basketball and striped background. 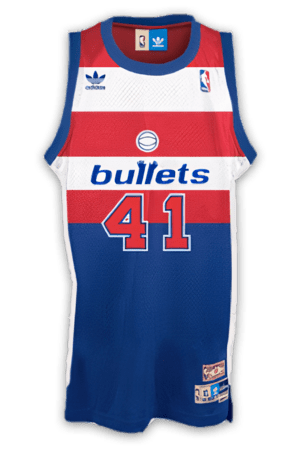 The first jersey used between 1974 and 1987 appeared to mimic an American flag. The name “bullets” in lowercase is on the front with the lower half of the jersey being blue and the top half being white and red stripes. 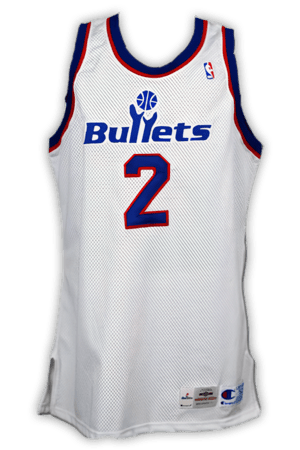 The jersey worn between 1987 and 1997 reflected new logo changes, sporting the stylized hands in the letter L shooting a basketball on a mostly white jersey. 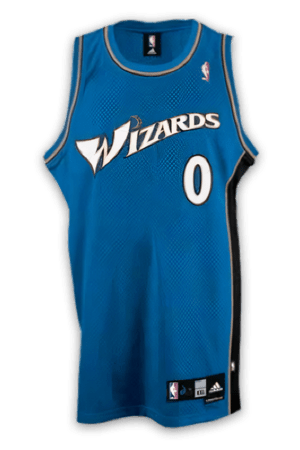 The jersey took a turn toward blue in 1997, representing a brand new white font with the team name of “Wizards” scrawled on the front. 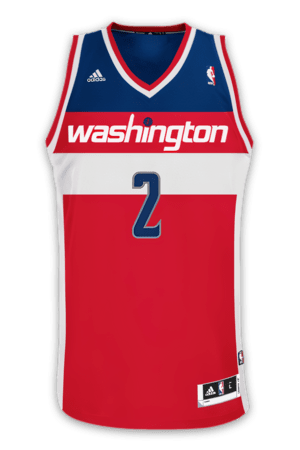 The current Wizards jersey was established in 2012 and is somewhat similar to the first jersey the team had worn. Instead, the lower half is red with red, white, and blue stripes at the type. “Wizards” is replaced with the name “Washington.” 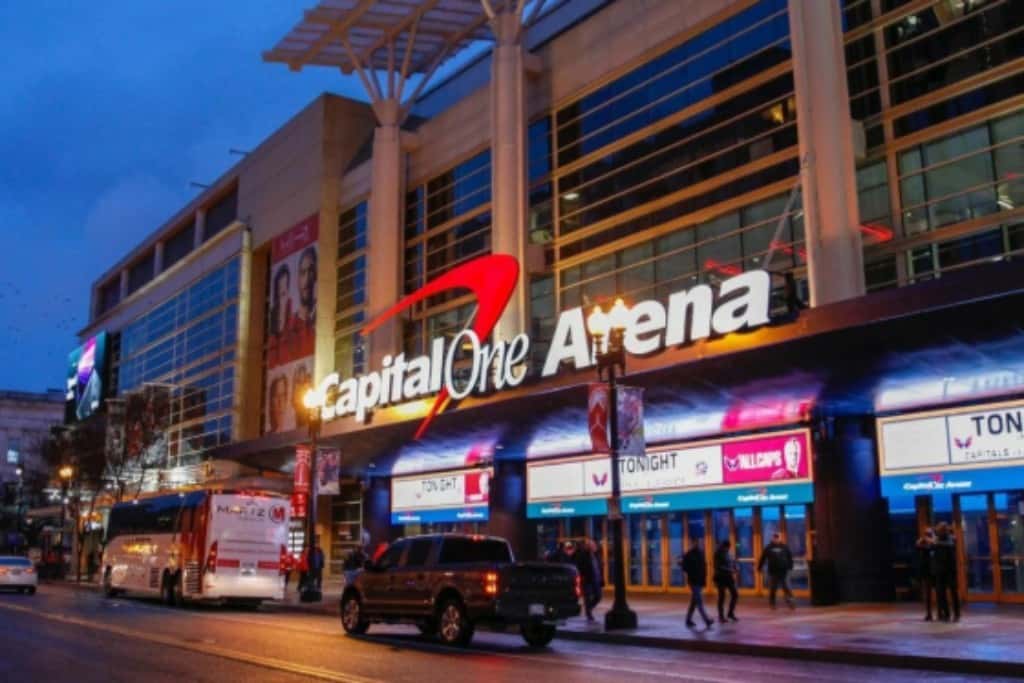 Given the number of relocations that the team has made, it’s not surprising that the Wizards have played in so many arenas. They played in the International Amphitheatre and the Chicago Coliseum until 1063. The move to Baltimore led the team to the Baltimore Civic Center until 1973. Once the team arrived in D.C. as the Bullets, they played at the US Airways Arena until 1997 and now play at the Capital One Arena.

The most famous Wizards fan is presumed to be the rapper Wale, but since the Wizards play out of D.C., it’s also not unusual to see those in the political world watching courtside. The likes of Barack Obama and Wolf Blitzer have been seen at games.

The Washington Wizards may not be the winningest team in NBA history, but that doesn’t mean that Wizards players aren’t superb in their own right. In fact, 5 former Wizards players were great enough to have their jersey numbers retired in recognition of their time with the team. Players with retired numbers include:

Even more impressive is the number of former Wizards players that have been inducted into the Basketball Hall of Fame, which now stands at 14. That includes the likes of Michael Jordan, who played 142 games for the Wizards and earned 2 All-Star titles during his tenure with the team, as well as Gus Johnson and Elvin Hayes.

The early 2000s brought powerhouses like Michael Jordan to the team in an administrative role, eventually coming out of retirement to put in two additional seasons with the Washington Wizards. Since then, the team saw playoff contention between 2004 and 2008 as well as between 2013 and 2015. Unfortunately, the team has struggled to maintain a winning record and the team as a whole has less than .500 record with over 5,000 games in total.