When the Memorial Coliseum was built in Portland, Oregon, Harry Glickman was immediately interested. He wanted to bring an NBA franchise to Portland as far back as 1960, but he experienced pushback since many saw Portland as way too far from other current NBA teams. With a $3.7 million price tag, Glickman’s request was finally approved by the NBA in 1970. Rolland Todd was hired as the head coach and player Geoff Petrie joined without hesitation.

In the team’s inaugural season beginning in 1970, they locked down a 29-53 record. It wasn’t until 1974 that the team was finally able to beat its record from its first season back in Portland under the guidance of Lenny Wilkens. The Trail Blazers drafted UCLA standout Bill Walton and the team eventually found itself with a winning record for the first time in franchise history in 1977. The Trail Blazers made it to their first playoffs with the help of new coach Jack Ramsey.

The 1977 season brought a ton of luck for the newly-formed Trail Blazers in the form of an NBA Championship. The team was able to surpass the Los Angeles Lakers, home to future Hall of Famer Kareem Abdul-Jabarr, and prove victorious over the 76ers in the NBA Finals. The early 1980s brought players like Clyde Drexler to the roster and Mike Schuler into the head coach role. This team thrived offensively, but they failed miserably in terms of defense.

The team was eventually sold to one of the co-owners of Microsoft, Paul Allen, in 1988 in a whopping $70 million deal. However, the team still struggled on the court until the 1990 season that resulted in a 59-23 record. The Trail Blazers experienced a stroke of luck in the early 1990s after making it to the NBA Finals twice, losing to the Pistons and the Bulls. The Blazers then entered a rebuilding phase that led to a new roster, new coaches, and a lack of fan support.

The Portland Trail Blazers have been pretty consistent with their logos over the years, only making minor changes from one season to the next.

The first Trail Blazers logo lasted from 1970 to 1991. The logo boasted the introduction of today’s logo design with 5 red and black lines designed in a pinwheel shape. The name “Portland” was at the top with “Trail Blazers” at the bottom.

Between 1991 and 2002, the Trail Blazers logo shifted to a much smaller design and larger lettering for “Blazers.” A new font was used and was all black and red.

During the 2003 season, the Trail Blazers simplified the pinwheel design and filled in the space between the stripes on the pinwheel. The name “Blazers” could be seen at the bottom of the logo in large lettering.

The 2004 logo lasted for a single year and simply put the previous logo into a slanted black rectangle with a grey border. The team’s hometown, “Portland,” was added to the top in white lettering.

From 2017 and onward, this is the logo that was used. The previous pinwheel design was touched up to be more geometric in style. “Portland” can be seen in large bettering beneath the pinwheel design and “Trail Blazers” is written beneath in black lettering. 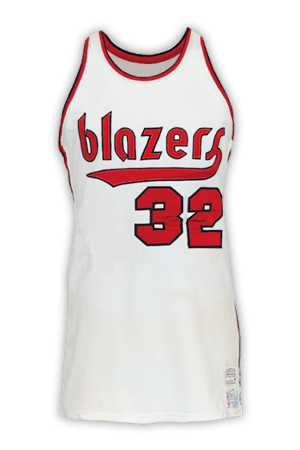 The first jersey was worn between 1970 and 1974 and was mostly white. The name “Blazers” was written in red and was underlined. This jersey seemed to have black bordering on all letters and numbers. 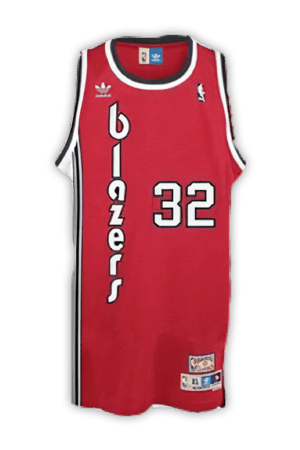 Until 1977, the Portland Trail Blazers used a mostly red jersey. It had the name “Blazers” printed vertically in white lettering. 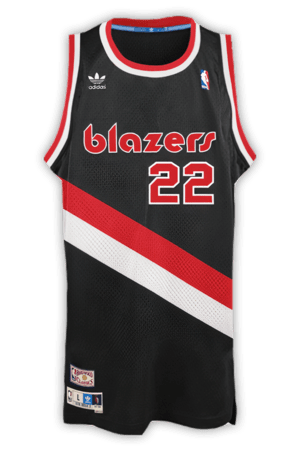 From 1977 to 1991, the Trail Blazers sported a more unique design that would last for a while. This jersey was mostly black but had a red and white diagonal stripe across the center. There was also red lettering used for “Blazers” surrounded by a white border. 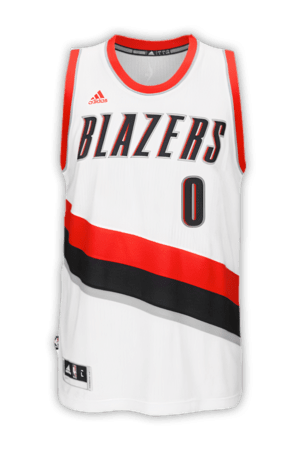 The jersey used since 1991 has a few minor adjustments to the last one. This jersey is instead mostly white and has a red and black diagonal stripe. The name “Blazers” is written in black. There have been slight alterations since then but the jersey remains largely unchanged. 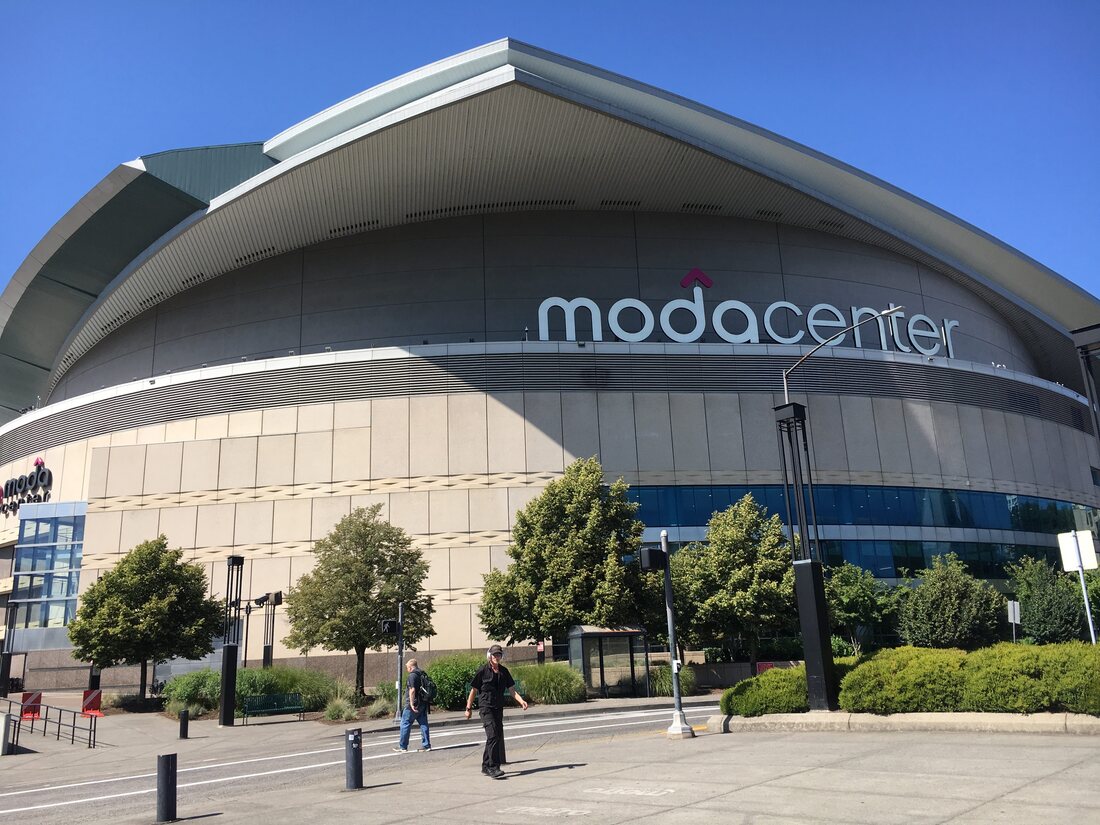 In their 50 years as a team, the Portland Trail Blazers have only played in 2 arenas, splitting 25 years of play among each. The Trail Blazers called the Memorial Coliseum home beginning in 1970. The Trail Blazers eventually moved over to the Rose Garden, now known as the Moda Center, in 1995.

The Trail Blazers don’t get much love from the celebrity world, but Elizabeth Banks from the Hunger Games series is considered one of the team’s few celeb fans.

The Trail Blazers are a team known for their loyal fan base, which explains why their home arena was filled to capacity during more than 800 straight games from the 1970s to the 1990s. Not only did the fans pack the stadiums, but the Trail Blazers were known for winning. Today, 10 players from that time period have had their numbers retired, including:

On top of these 10 Portland Trail Blazers players, the team has also retired the #1 in honor of 18-year team owner Larry Weinberg, though this honor doesn’t stop future players from claiming No. 1. The No. 77 was retired in honor of the man who led the Trail Blazers for a decade, Jack Ramsey, with the No. 77 signifying the year the team won the NBA Finals.

One step further than retired jerseys is the Basketball Hall of Fame, which currently houses 6 former players of the Portland team. These players include the likes of Lenny Wilkens, Arvydas Sabonis, Scottie Pippen, and Drazen Petrovic. The Portland Trail Blazers are also represented by Clyde Drexler, who dedicated 12 years with the Trail Blazers and averaged nearly 21 points per game while earning an All-Star recognition eight times. Bill Walton is also on the list.

When it comes to team success, the Portland Trail Blazers have yet to win an NBA title since their first and only during the 1977 NBA season. In fact, the team has yet to even see an appearance at the finals since 1992. The good news is that the Trail Blazers have been on an upward tick since 2014. They’ve secured playoff appearances in every season since the 2014 postseason paired with winning seasons.