For a team that only officially joined the NBA in 2004, the Charlotte Hornets have a rich and intricate history that actually has roots dating back to around 1780. This was around the time that Mecklenburg officially claimed independence from England.

A man by the name of William Richardson Davie brought 150 American patriots to invade the British Army in Charlotte, North Carolina. Davie’s men outnumbered the British Army 10 to 1 which led the invasion to eventually be referred to as “A Hornet’s Nest of Rebellion” and thus, the name The Charlotte Hornets was born.

The first official Charlotte Hornets sports team was a Minor League Baseball team in 1892. They played for roughly 40 years in various local leagues before they were eventually made an affiliate team to the Washington Senators. In 1976, the team was renamed The Charlotte Orioles, and in 1988 they were renamed once again to the Knights.

Another Charlotte Hornets sports team was a major league football team, which moved from New York City to Charlotte, North Carolina in 1974. Unfortunately, the team only lasted one year before the owner ceased all operations due to financial hardships.

Finally, in 1985, the Charlotte Hornets basketball team was born. Former owner George Shinn wanted to bring the NBA to Charlotte after seeing successful local college basketball programs like University of North Carolina, Duke University and North Carolina State prosper. Shinn’s original name for the team was the Charlotte Spirit, but a name-the-team contest chose the “Hornets” instead.

The team played in Charlotte for 27 years and in 2002, as the losses accumulated (they finished last out of 29 teams), the NBA approved the team’s move to New Orleans.

Although the NBA was moving the Hornets to New Orleans, they promised Charlotte that they would be allowed to bring on an NBA expansion team in 2004.

In 2004, Robert Johnson built a new arena in Charlotte along with a new NBA franchise called The Charlotte Bobcats. After 6 years of little success, he sold the franchise to Michael Jordan for roughly $180 million in 2010. Jordan still owns approximately 97% of the franchise today.

The Charlotte Hornets basketball team logo has undergone minimal changes since the team’s inception in 1985.

The logo features a hornet donning the team’s colors of purple and teal, with a basketball and the team’s name simply surrounding the hornet. This was the team’s logo until their move to New Orleans in 2002.

In 2004 when the franchise was re-established in Charlotte, North Carolina as the Charlotte Bobcats, their logo featured a bobcat with their name in block letters.

In 2013 when the Charlotte Hornets returned to their original name, their logo received a small update. It still featured a teal hornet with a sharper stinger, but this time the team’s name is on the hornet instead of surrounding him. 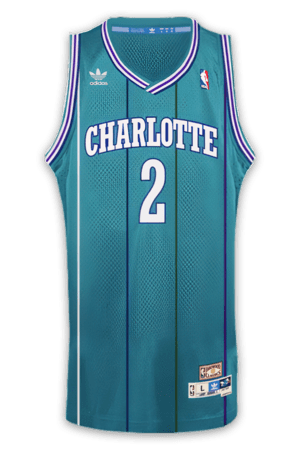 From 1988 to 2001, the Hornets rocked a teal striped jersey with white block letters and numbers. “CHARLOTTE” was scrawled in all-capital white letters and blue borders, with a large player number directly below. 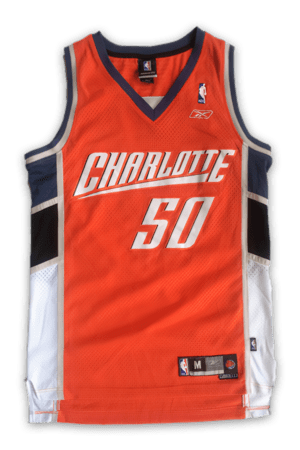 In 2004, the Charlotte Bobcats wore a red jersey with black and white accents along the sides of the jersey. “CHARLOTTE” and the player number were both stylized to be written at an angle. 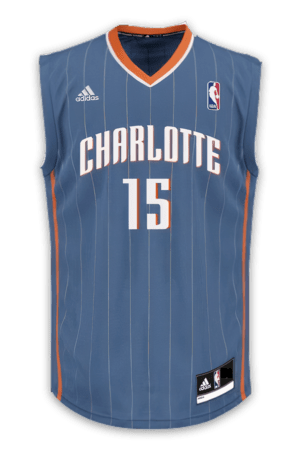 From 2009 to 2012, the Charlotte Bobcats updated their jersey to a dark blue with orange accents. The jersey had a similar striped design to the 1988 Hornets jersey, but took on a darker blue shade. 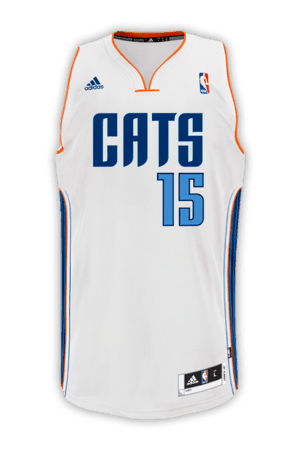 In 2012, the Bobcats inverted their jersey to an all white jersey with blue and orange accents. They also updated their name on their jersey to just say “CATS.” The team name was written in dark blue capital letters and the player number below was a lighter shade of blue. 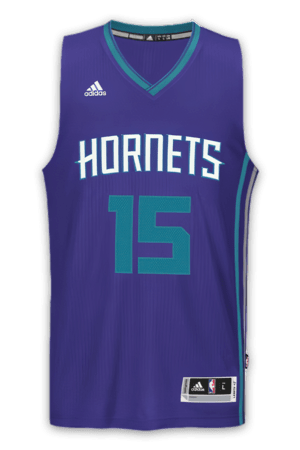 In 2014 when the team went back to their original name of the Charlotte Hornets, they also went back to their traditional teal and purple colors. Their jersey was a simple purple background with teal accents with their name in white block letters. This is the jersey the team still dons today. 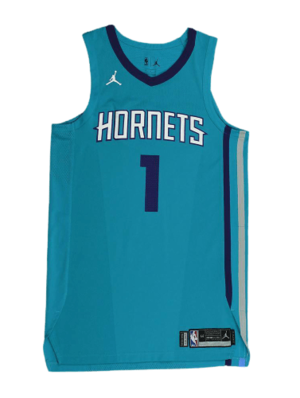 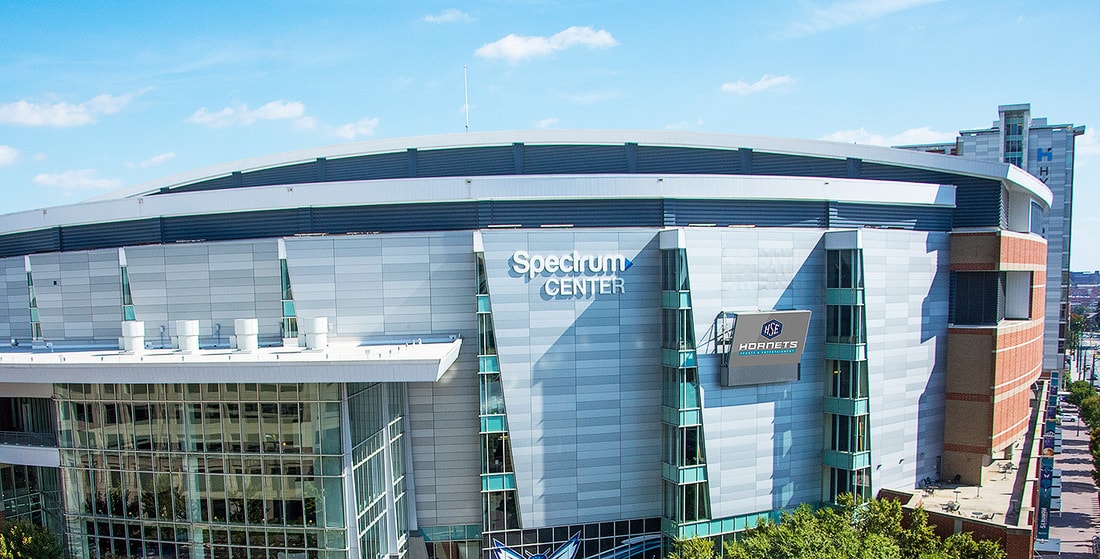 The Charlotte Hornets have very few known famous fans; however, Michael Jordan does own the team, so that carries a lot of weight.

The modern-day Hornets don’t have much to show for when it comes to retired numbers, as the team was first established back in 2004. Yet, the former Charlotte Hornets (now the Pelicans) do have one retired number: #13 worn by Bobby Phillis. During his third year with the team, Phillis was tragically killed in a car accident in North Carolina. His jersey stayed with the Hornets until they became the Pelicans, eventually returning home to North Carolina.

Given that the Hornets are such a new team, they also only have one inductee into the NBA Hall of Fame and that is the former head coach, Larry Brown. In 1991, Larry Johnson was given the title of Rookie of the Year and was also chosen to play in an All-Star NBA game.

The Hornets have struggled under Jordan's ownership. Charlotte has yet to win a division or conference title.

In 2020, the Hornets used the No. 3 overall pick to select LaMelo Ball, who will hopefully change Charlotte's fortunes.