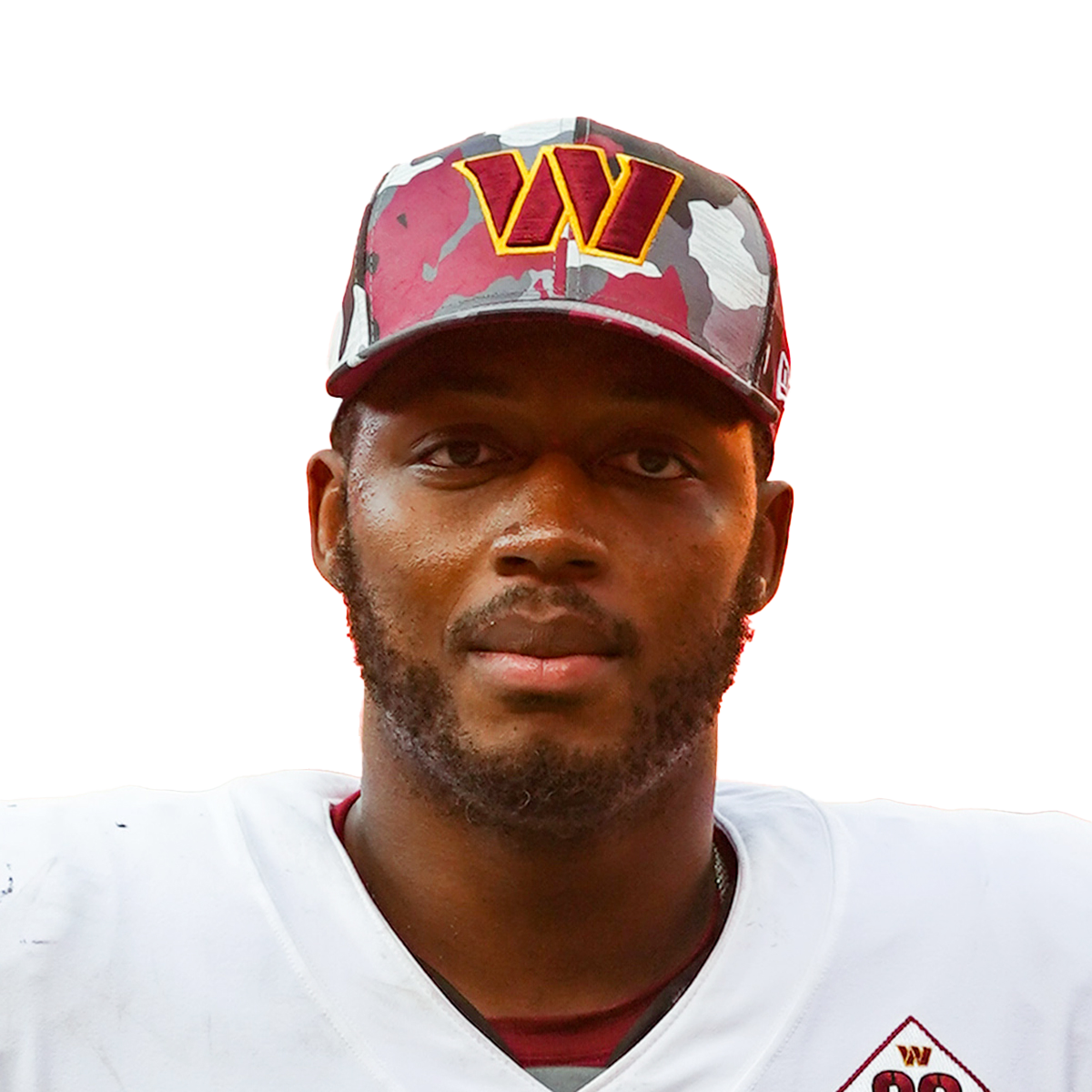 Antonio Gibson is a running back in the National Football League who plays for the Washington Football Team.

Coming out of a college that has become known for running back production over the last few years, it is no surprise that Gibson is starting to play well at the position in the professional ranks.

Antonio Gibson’s football biography started with his high school career, which took place at Eagle’s Landing High School in McDonough, Georgia. A member of the football, track and basketball teams there, Gibson showed he was a capable athlete across multiple sports.

He was named the Georgia High School Association all-region 4-AAAA offensive player of the year in his senior year of 2015.

Antonio Gibson started his collegiate career at East Central Community College. During his two years there, Gibson had over 1,500 all-purpose yards and was used in the running game, as a receiver and as a kick returner. That versatility earned him attention from the University of Memphis, where he spent the final two years of his collegiate career.

At Memphis, he was used predominantly on special teams thanks to the presence of running backs like Darrell Henderson in the Tigers’ backfield. Gibson again broke 1,500 all-purpose yards in his two seasons at Memphis and won all-AAC first-team honors for his work returning kicks.

His rookie season has been full of success, with Gibson scoring four touchdowns in two games against Washington’s division rivals, the Dallas Cowboys. His three-touchdown performance on Thanksgiving against Dallas would be a career highlight for any player, but Gibson has plenty of time to achieve more on the field.

Antonio Gibson signed a four-year rookie contract worth $4.93 million with the Washington Football Team in 2020. As he is in his rookie season, Gibson has yet to latch onto any notable endorsement opportunities.

But if Gibson can keep playing at a high level, he should expect to sign a more lucrative second contract and earn some endorsements to go along with it in the future.

Antonio Gibson is the son of Annette Williams. He has one sibling, a sister named Danielle Moore, both of whom were able to see him play for the first time as a professional against the Cleveland Browns in his rookie season.

They were previously unable to do so due to COVID-19 restrictions during Gibson’s rookie year. Gibson does not have a public relationship at this time, nor does he have any children of his own.

NFL
7 Best Landing Spots for Leonard Fournette
Could Fournette end up with Tom Brady in Tampa?

NFL
10 NFL Players That Need to Be Traded
Could one of these superstars be on the move?

NFL
5 NFL Teams That Should Do Whatever It Takes to Get Deshaun Watson
Plenty of teams should mortgage their future to acquire Watson, but these five teams are more desperate than the rest of the league.
See more news
Career stats
Season
Team