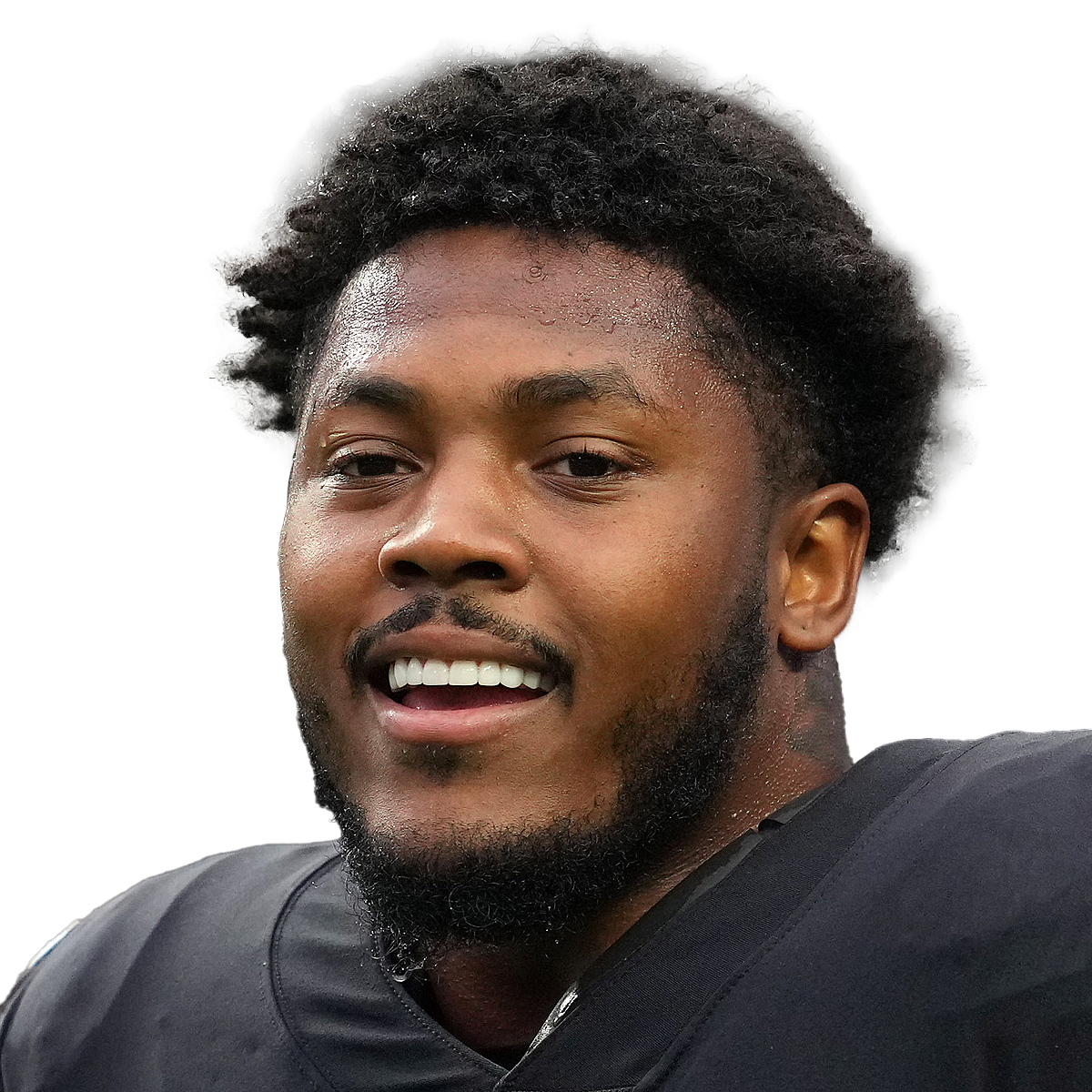 Josh Jacobs is a running back for the Las Vegas Raiders.

With the Raiders making their move to Las Vegas in 2020, Jacobs has been a big part in helping turn this franchise around and making the Raiders contenders in the NFL again after years of mediocrity.

Josh Jacobs played high school football at McLain High School in his hometown of Tulsa, Oklahoma. He rushed for 5,372 yards and 56 touchdowns in his career. However, Jacobs wasn’t highly recruited since his school wasn’t known for producing much talent.

After posting videos on Twitter, Jacobs started to get national attention.

Josh Jacobs eventually received offers from a number of schools and elected to attend Alabama. In his freshman season, Jacobs was part of a loaded backfield that featured two other future NFL running backs in Damien Harris and Bo Scarbrough. Jacobs finished his first year in Tuscaloosa with 85 rushes for 567 yards and five touchdowns.

In his sophomore season, Jacobs saw less carries due to a broken ankle. He has just 46 carries for 284 and one touchdown. It was his junior year that Jacobs became a high NFL prospect. He was the 2018 SEC Championship Game MVP and helped lead Alabama to a National Championship appearance.

Following his junior season, Jacobs elected to declare for the 2019 NFL Draft.

The Oakland Raiders selected Josh Jacobs with the 24th overall pick of the 2019 NFL Draft. Jacobs became the Raiders starting running back from day one. In his first career game, he totaled 113 yards and two touchdowns.

Jacobs finished his rookie season with 1,150 rushing yards and seven touchdowns. He became the first rookie in Raiders’ history to rush for over 1,000 yards. He did so despite missing three games near the end of the season due to injury.

In 2020, Jacobs got off to an even better start. Through nine games, Jacobs has totaled 700 rushing yards and eight touchdowns. Jacobs has already set the Raiders record for rushing yards in their first two seasons, despite only playing 22 games up to Week 10 of his second season.

Josh Jacobs signed a 4-year, $11.9 million rookie deal. Since it was his first NFL contract and he is in his second year, his estimated worth is just around $8.2 million.

Jacobs has done commercials for KIA and also has an endorsement with Nike.

Growing up, Josh Jacobs’s parents separated when he was eight. He lived with his father and for about a month they were homeless, him, his dad and his four siblings. They lived in their fathers car until they were able to get a small two-bedroom apartment.

Jacobs has a son, Braxton, to his girlfriend Joy Gentry.

His younger brother Isaiah is a running back for the Maryland Terrapins.

NFL
10 Biggest Madden 21 Ratings Fails
Which NFL players have been disrespected the most?