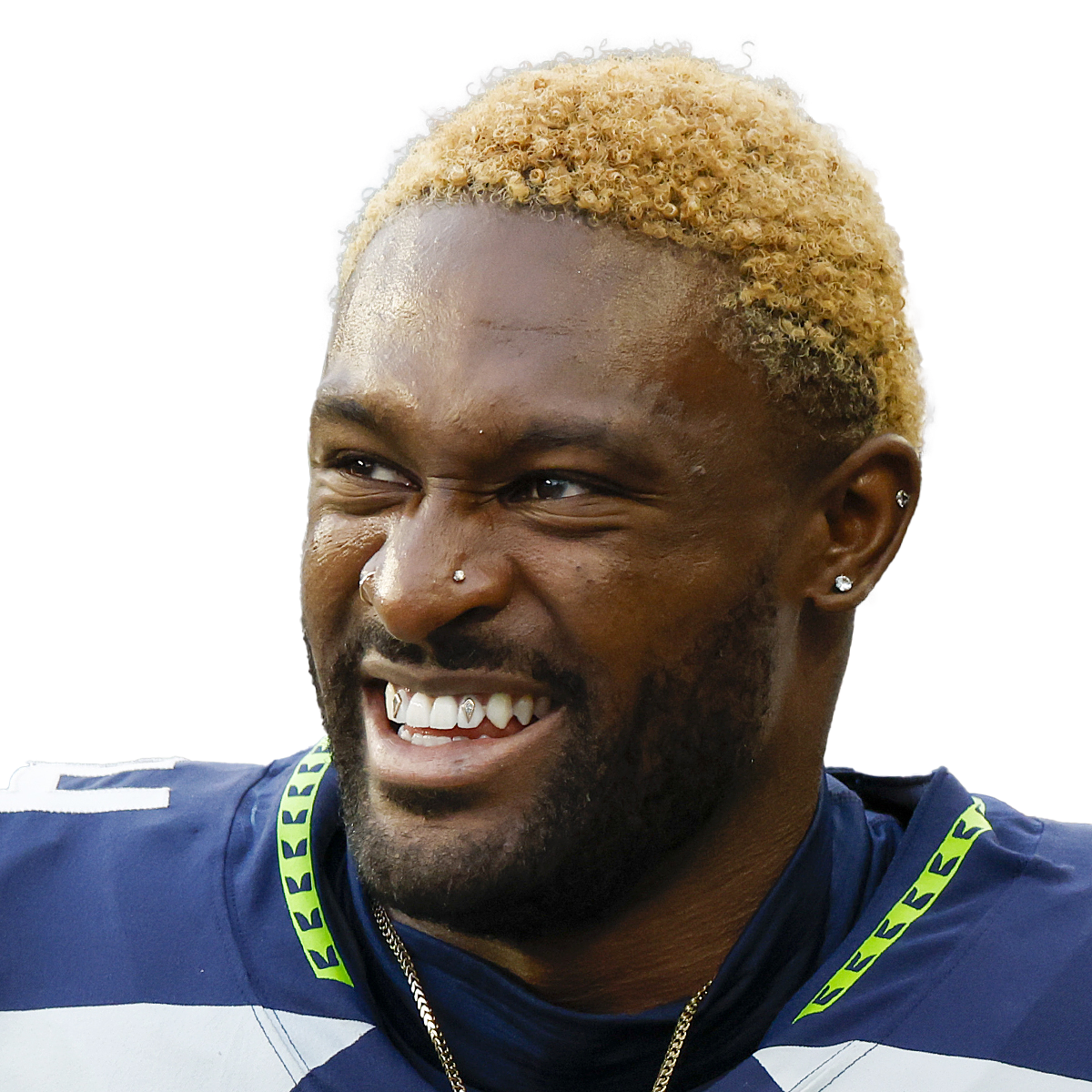 DeKaylin Zecharius Metcalf, or D.K. Metcalf is a wide receiver for the Seattle Seahawks in the National Football League.

Metcalf is one of the most imposing physical receivers in the NFL. He is able to use his physical tools to create separation on short routes or get down the field to catch deep passes.

Metcalf played his high school football at Oxford High School in his hometown of Oxford, Mississippi.

In high school, he caught over 200 balls, amassing just over 3,300 yards receiving and 49 touchdowns. He was designated as a four-star prospect and ended up choosing to play his college football at Ole Miss.

In D.K. Metcalf’s freshman year, he played just two games before suffering a season-ending foot injury. He returned to the University of Mississippi as a redshirt freshman the following season, catching 39 passes for 646 yards and seven touchdowns. That was the best season of his college career.

As a redshirt sophomore, Metcalf suffered another season-ending injury, this time to his neck during SEC play against Arkansas.

Following that season, Metcalf declared for the NFL Draft.

Metcalf really impressed with his numbers in NFL Scouting Combine events prior to the NFL Draft. His 4.33 40-yard dash combined with a 40.5” vertical leap and 11-2 broad jump helped him move up the ranks of available wide receivers in his draft class. Because of that, he was drafted in the second round by the Seattle Seahawks and had the chance to play with perennial MVP candidate Russell Wilson.

As a rookie, Metcalf caught 58 balls for 900 yards and seven touchdowns. He helped the Seahawks make the playoffs and advance past the first round, with the first-year receiver racking up over 200 yards and a touchdown in his first career playoffs.

In the first round against the Eagles, Metcalf broke an NFL record for the most receiving yards by a rookie in a playoff game with 160 yards.

In his second season, Metcalf eclipsed his touchdown total from his rookie campaign by Seattle’s eighth regular-season game. He has earned an increased role in one of the most explosive offenses in the NFL.

D.K. Metcalf is currently on his rookie contract with the Seattle Seahawks, it is a four-year, $4.58 million contract.

One would expect that Metcalf will be in for a much more lucrative payday in the years to come, especially if he can keep his production as steady as it has been.

It is also expected that Metcalf will enjoy endorsement deals and other opportunities in the near future given his status as a rising star in the NFL.

Metcalf is the son of Terrence Metcalf and Tonya Metcalf and is of unknown ethnicity. He has four siblings, including two sisters and two brothers. Metcalf is in a relationship with model Cirena Wilson. At this point in time, he does not have any children.

NFL
Betting Predictions for Every NFL Wild Card Game
The Bills are back in the playoffs! But will they cover the spread?