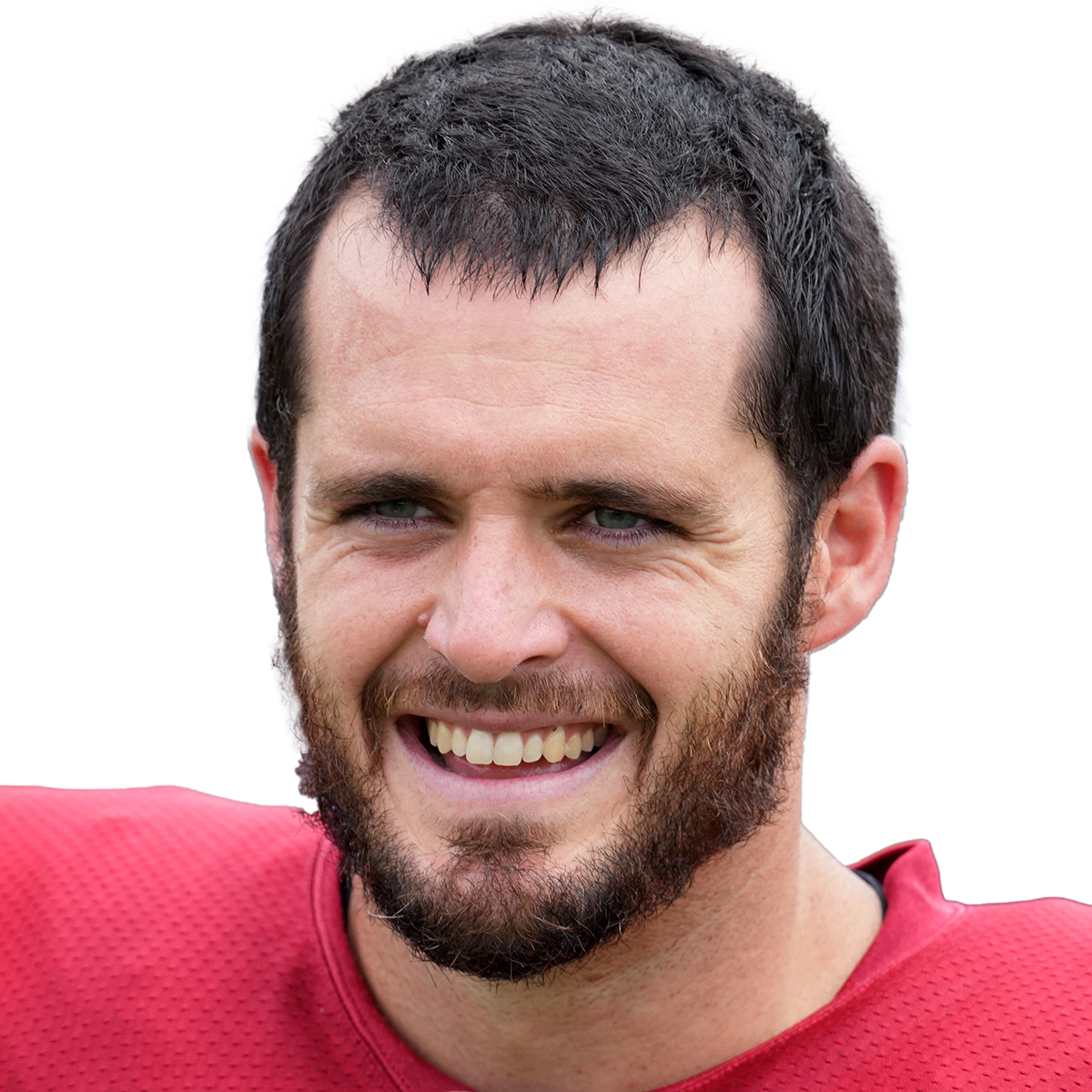 Derek Carr is an American football quarterback for the Las Vegas Raiders in the NFL.

After a career at Fresno State, Carr was drafted by the Raiders in the second round of the 2014 NFL Draft. His older brother is former 1st overall pick NFL quarterback and current analyst David Carr.

Carr holds the record for most passing touchdowns in Raiders franchise history.

Thanks to his impressive play, Carr received heavy recruitment interest during his junior season from Fresno State, SMU, Boise State, the University of Southern California, UCLA, and Utah.

Ultimately, he verbally committed to Fresno State on May 25, 2008, at the end of his junior year.

He finished in 8th place in the Heisman Trophy voting, and also led Fresno State to an MWC Conference Championship.

Derek Carr was selected by the Oakland Raiders in the second round of the 2014 NFL Draft with the 36th overall pick, making him was the fourth quarterback to be selected that year.

Two years later, Carr replaced Aaron Rodgers in the 2016 Pro Bowl, making him the first Raiders quarterback to be named to the Pro Bowl since Rich Gannon in 2002.

After two seasons, Carr had 53 career touchdown passes, the second-most by a quarterback in his first two seasons, behind Dan Marino's 68.

In 2017, Carr signed a five-year, $125 million contract extension with $40 million fully guaranteed, $70 million in total guarantees and a $12.5 million signing bonus. This deal surpassed Indianapolis Colts quarterback Andrew Luck's contract as the league's highest-paid player in terms of average money per year at the time.

Carr finished the 2019 season with 4,054 passing yards, 21 passing touchdowns, and eight interceptions as the Raiders finished with a 7–9 record.

Carr has endorsement deals with Nike and Panini.

Football runs in Carr's family. Carr's brother, David, was the first overall pick of the Houston Texans in the 2002 NFL Draft. Carr's uncle, Lon Boyett, was a Raiders tight end during the 1978 season.

Carr married Heather Neel on June 29, 2012. The couple have three sons. Carr is a devoted Christian and believes faith is the important thing in his life.

"There won't be a day when I stop working to be a better version of myself, so I'm going to keep working and I will get better."

"When I put my helmet on, I'm ultra competitive, talking trash."

He has a Golden Labrador retriever named Bruce Wayne.

He plays guitar, piano and the drums.

He loves to play basketball.

NFL
10 NFL Players Who Could Lose Their Starting Jobs In 2020
Could Gronk get benched this season?