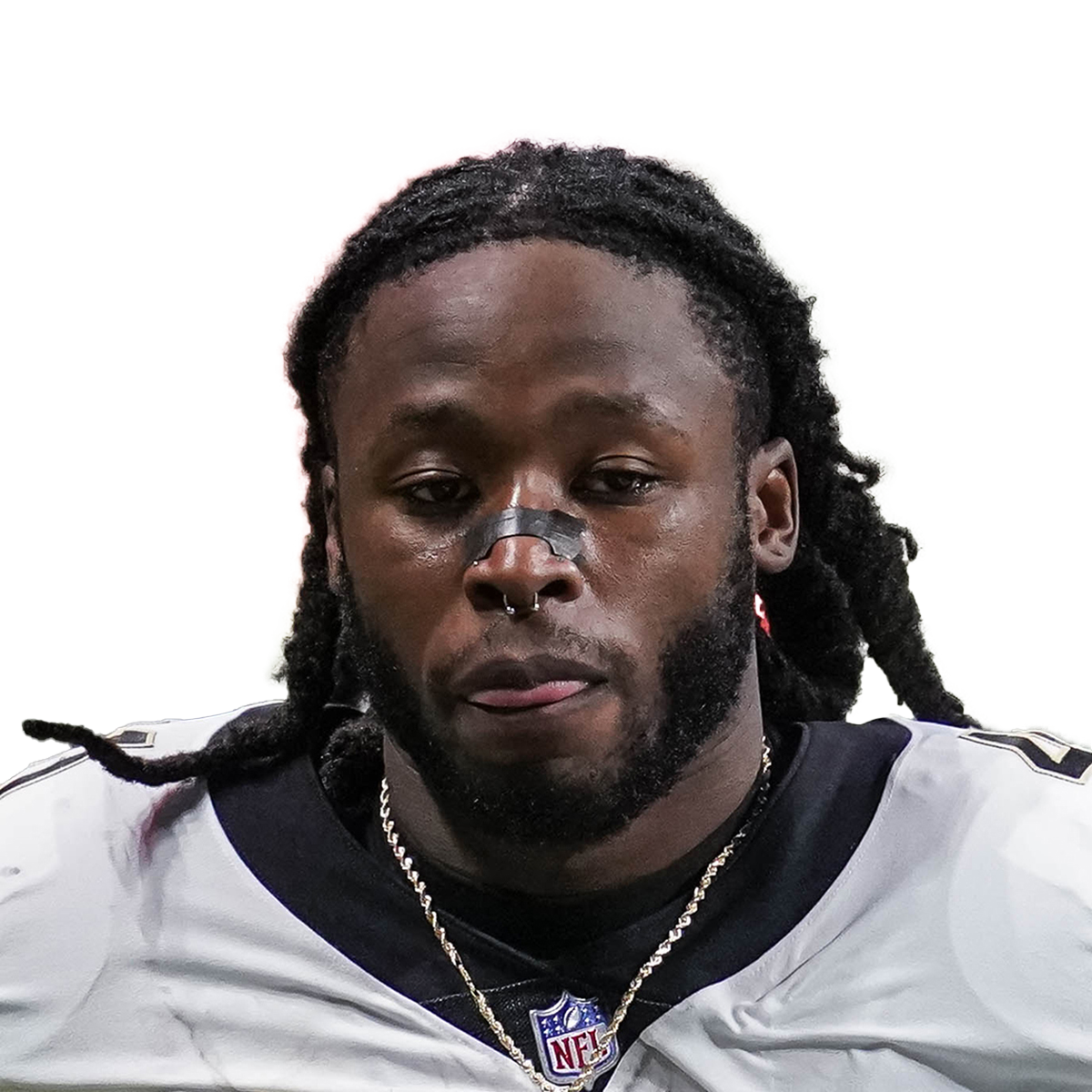 Alvin Mentian Kamara is a professional player who plays running back for the New Orleans Saints in the National Football League.

Despite being undersized, Kamara has had a prolific football career so far, using his speed and versatility to give defenses around the NFL headaches on a consistent basis.

Being near ATL, Kamara was able to earn plenty of exposure as he racked up state honors, being named Georgia Mr. Football by the Atlanta Journal-Constitution during his team’s 2012 state championship season along with the state’s Class 6A player of the year.

His success allowed him to initially choose Alabama to play his college football.

Kamara started his collegiate career at Alabama, though that marriage was short-lived. With the Alabama backfield consisting of Derrick Henry, TJ Yeldon and Kenyan Drake, head coach Nick Saban never had much room for Kamara.

He transferred to Hutchinson Community College for a year and racked up 1,211 rush yards in that season. Before he knew it, he was back in the SEC as a member of the University of Tennessee offense.

Under Butch Jones, Kamara blossomed as a weapon who could be used in the passing game and on the ground. He amassed over 10 total touchdowns in each of his two seasons with the Volunteers.

In his last season at Tennessee, the Volunteers beat Florida and Georgia back-to-back before coming back down to Earth, thanks in large part to Kamara.

When his college career was done, ESPN and other draft analysts had him ranked as the fourth-best running back in his draft class.

Alvin Kamara was drafted in the third round of the 2017 NFL Draft by the New Orleans Saints. He made an immediate impact as a part of a prolific offense led by Drew Brees and featuring weapons in the passing game like Michael Thomas.

Kamara’s ability to catch the ball out of the backfield was a perfect fit for a team that uses the short passing game so effectively. And Kamara reaped the benefits, being named Offensive Rookie of the Year in his first season.

Kamara hasn’t slowed down since his red hot rookie campaign, either. He has been named to the Pro Bowl in each of his first three seasons. In those first three years, Kamara averaged better than one rushing touchdown every other game, with a nearly identical balance between his rushing yards and receiving yards in those seasons. In 45 games over three seasons, Kamara scored 37 total TD, making him one of the best NFL players at getting into the end zone over that span.

The peers of Alvin Kamara are well aware of how talented he is, as he has been named as one of the top-15 players in the NFL by them after the 2018 season. During that season, Kamara helped the Saints earn a first-round bye in the postseason by virtue of the team having the best record in the NFC.

If not for the controversial no-call on a pass interference in the fourth quarter of the NFC Championship Game against the Rams, Kamara could have already had a Super Bowl appearance under his belt.

Alvin Kamara signed a five year, $75 million deal with the New Orleans Saints in 2020. This is his first major contract as an NFL player, as he had been playing on his rookie contract prior to this extension.

Kamara becomes one of the league’s highest-paid running backs with this deal, and his net worth of $4 million is set to increase greatly as he plays under this deal.

Kamara has an endorsement deal with Adidas under his belt and is sure to land more if he continues to play well.

Alvin Kamara was raised by his mother, Adama Kamara. He has a sister, Garmai Momolu.

At this point, he does not have a girlfriend that the public is aware of.

Kamara does not have any children at this time either.

NFL
NFL Best Bets: Week 5
The Bengals? The Jets? Here's who we're taking in this week's slate of football games.

NFL
5 NFL Hot Takes After Week 1
Who's ready to overreact to the first weekend of football?