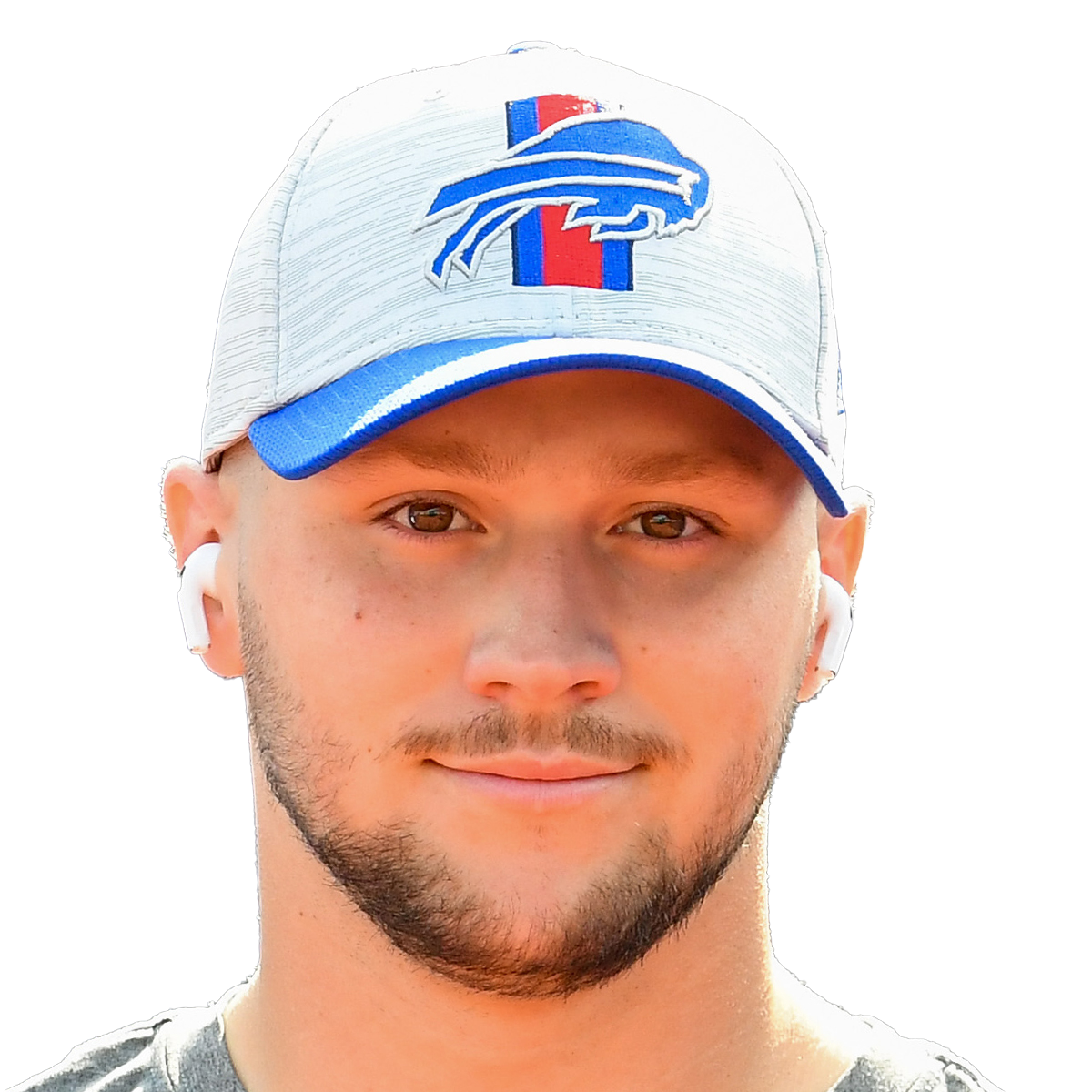 Joshua Allen is a quarterback for the Buffalo Bills. He played college football at Wyoming, where he led the Cowboys to a Mountain West Conference division title and two bowl games.

Like most rookie QB's, Allen started his professional career as Buffalo's backup quarterback, but he quickly won the starting position.

In his second year as a starter, he led the Bills to a 10-win season and their second playoff appearance since 1999.

Allen received no scholarship offers from any NCAA Division I program.

Despite his impressive frame at 6-foot-3 and 180 pounds, he hadn't attended the elite quarterback camps and wasn't a widely known prospect. His high school team didn't participate in many 7-on-7 camps because Allen was a multi-sport athlete in high. school. He was the leading scorer on his basketball team and also pitched on the baseball team, reaching 90 mph with his fastball.

After transferring to Wyoming and throwing for over 3,200 yards and 28 touchdowns in 2016, he almost declared for the 2017 NFL draft, initially telling his family, girlfriend, and a few friends that he would turn pro. Right before the draft declaration deadline, Allen changed course, and stayed at Wyoming. He threw for 1,812 yards, 16 touchdowns, and six interceptions in 2017.

After the Bills drafted him 7th overall in the 2018 draft, Allen signed a four-year, fully guaranteed $21 million contract. Despite a strong preseason, Allen started the season as the backup to Nathan Peterman after A.J. McCarron was traded to the Oakland Raiders.

Allen entered 2019 fully entrenched the Bills' opening day starter, and was named a team captain. In the first game of the year, Allen led the Bills to a thrilling comeback win over the New York Jets that included 17 unanswered points. He finished the game with 254 passing yards on 24 completions, both career highs. He also had one passing touchdown, one rushing touchdown, and two interceptions.

Allen has taken his game to the next level in 2020.

Josh Allen has appeared in promotions for brands such as Microsoft Surface, Hyundai, and Tommy Armour golf and has endorsement deals with brands like headwear company New Era and Nike.

Allen signed a four-year, $21 million deal with the Bills after being drafted with the 7th pick in 2018.

Allen is in a relationship with former Fresno State Bulldogs cheerleader and current Pilates instructor, Brittany Williams. The two grew up together in Firebaugh, California.

Allen graduated from the University of Wyoming in 2017 with a bachelor's degree in social science.

Allen is friends with New York Jets quarterback Sam Darnold and Washington Football Team quarterback Kyle Allen (no relation). They train together in the offseason.

NFL
NFL Best Bets: Week 12
The Vikings are four-point favorites?! We like that!

NFL
The Future is Bright for These Truly Terrible NFL Teams
These teams are bad, sure, but they won't be for long.