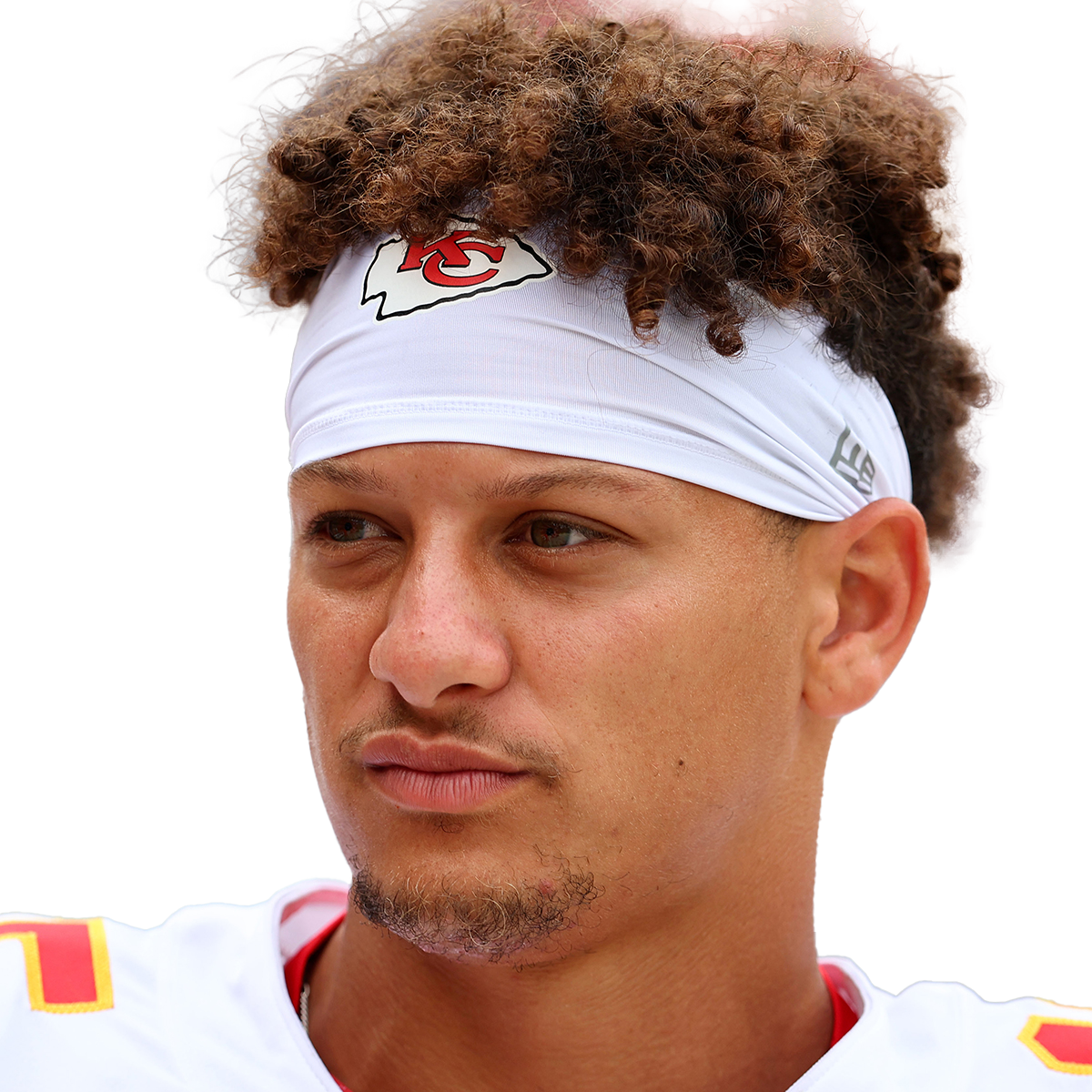 Patrick Lavon Mahomes II is an NFL quarterback for the Kansas City Chiefs.

After starting his football career as a quarterback at Texas Tech University, Mahomes went on to play for the Chiefs when he was drafted by the team in the 2017 NFL Draft.

During the 2018 NFL season, Mahomes became the third player in NFL history to throw 50 touchdown passes in a single season. As a result of his performance, he was named First-Team All-Pro and earned a Pro Bowl selection.

Mahomes won his first Super Bowl in the 2020 season, which was also the first for longtime coach Andy Reid.

Mahomes signed the largest contract in history that offseason at 10 years, $503 million.

Mahomes attended Whitehouse High School, Smith County, Texas. He started as a baseball player in high school and was a top prospect who was thought to be following in his father’s footsteps. Mahomes was ranked 419 among prospects in 2014 when he came out of high school and was very passionate about American football even though at the time he could play basketball too.

During his senior year in high school, Mahomes had 15 rushing touchdowns, 948 rush yards, 50 passing touchdowns and a whopping 4619 passing yards.

Patrick Mahomes enrolled at Texas Tech University after high school where he was selected for the 2014 Major League Baseball draft by Detroit Tigers. However, he never signed a contract with them, since he was more interested in football. He was named Male Athlete of the Year by MaxPreps.

Mahomes started out as a backup to Davis Webb in his freshman year, and his first game was against Oklahoma State when Webb came off with an injury. In his first start against Texas, Mahomes completed 13 of 21 passes with 109 yards. He also played for the school’s baseball team as a relief pitcher.

He started his sophomore year as the starting quarterback. In the first game of the season, he passed for 425 yards with four touchdowns in a victory against Sam Houston State University.

Prior to the 2016 season, Mahomes made it public that he was quitting baseball to concentrate on football. Patrick Mahomes II broke NCAA records for a single game offense pocketing 819 yards as well as 734 passing yards equaling a previous NCAA record and was just one short of the record attempts at 88.

Prior to the NFL Draft, Mahomes was considered a first- or second-round selection, but his arm talent helped him skyrocket up the draft boards.

In the 2017 NFL Draft, the Kansas City Chiefs traded up with the Buffalo Bills to select Mahomes.

After sitting behind Alex Smith for the first 16 games of his rookie year, Mahomes earned the first start of his career in Week 17 of the 2017 season against the Denver Broncos. He completed 22-of-35 passes for 284 yards with an interception

In his second season, Mahomes took the league by storm, becoming the first-ever Chiefs player to win the MVP award.

Mahomes’ net worth is currently estimated at more than $30 million. His net worth is boosted by his career earnings from the sport including endorsement and sponsorship deals from brands such as Adidas sportswear, Hunt’s ketchup, Oakley, Essentia Water, DirectTV, Hy-Vee and State Farm.

Mahomes graced the cover of Madden NFL 20, an NFL-based American football video game. He has also recently appeared in an advert for Head & Shoulders. Mahomes’ salary for the 2019 season was capped at $650,000.

Mahomes’ father, Pat, is a retired pro baseball pitcher who played in the major league baseball. His father’s close friend and ex-teammate LaTroy Hawkins is his godfather.

He is engaged to Brittany Matthews, a former soccer player and currently a personal fitness trainer. They have known each other since their early high school days, and are expecting a child. In 2020, the couple announced that they are having their first child, a girl.

“You dream of your first NFL start when you're a little kid, playing football in the backyard, but until you get there, you never know what to expect.”

“I just try to learn from every mistake that I make so that I never make them again.”

“Every experience, good or bad, you have to learn from.”

NFL
NFL Best Bets for Every Divisional Round Playoff Game
Will the Saints pull off the three-game sweep of the Bucs?

NFL
10 NFL Players Who Could Lose Their Starting Jobs In 2020
Could Gronk get benched this season?

NFL
These Are The 10 Most Overrated NFL Players in 2020
Don't believe the hype.
See more news
Career stats
Season
Team