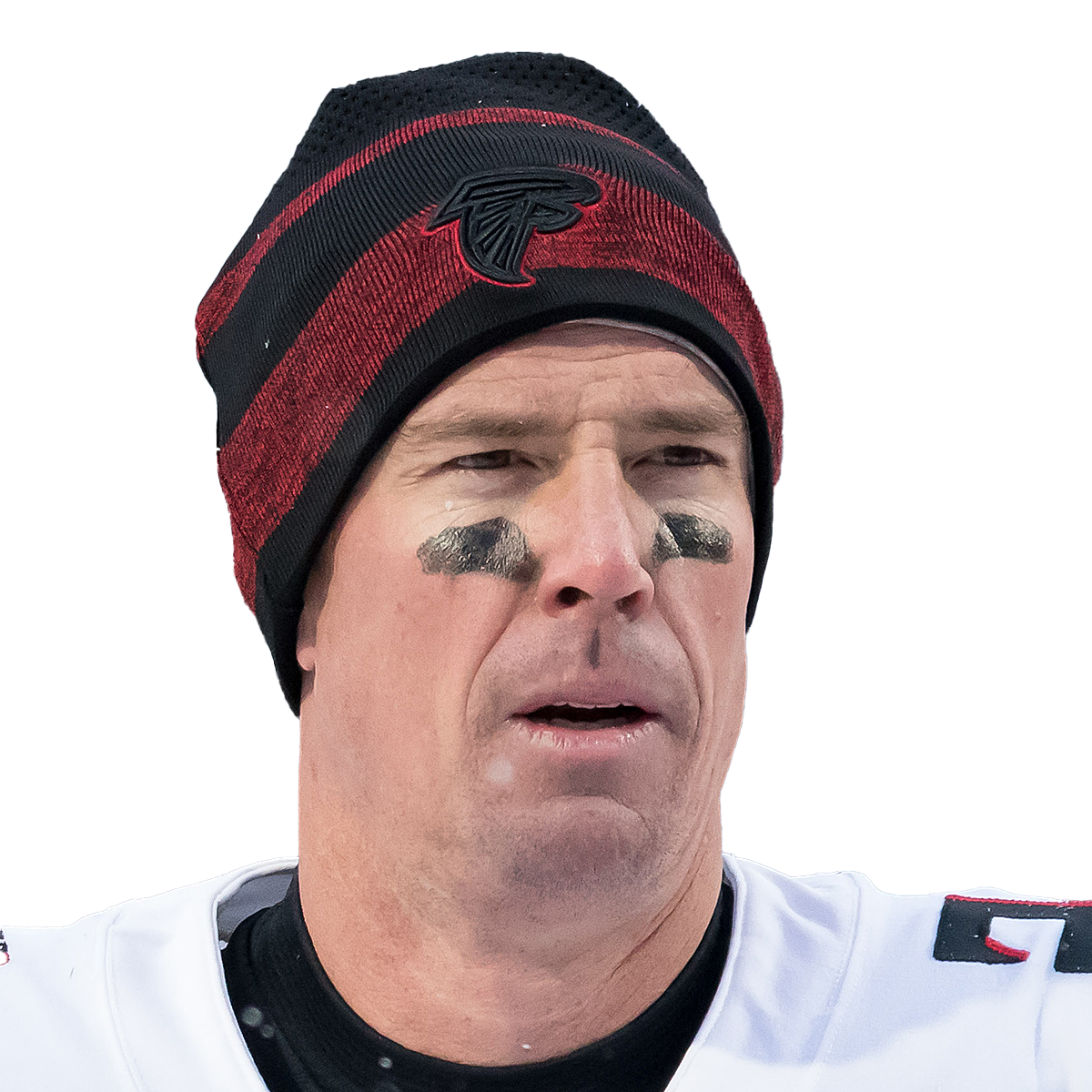 Matthew Thomas Ryan is a quarterback in the National Football League who plays for the Atlanta Falcons. A former league MVP, Ryan has been to the highest points in the sport. He has led some of the most explosive offenses in the sport during his time in the pros, working with some of the best receivers in the game and being coached by some of the greats in the sport as well.

Matt Ryan played his high school football at William Penn Charter School in Philadelphia under coach Brian McCloskey. His numbers were not as impressive as you might think, as Ryan threw for around 1,300 yards and nine touchdowns in his senior year. Despite that, college programs saw the tools he had available, with programs like Purdue and Georgia Tech recruiting him before he eventually chose Boston College.

Matt Ryan’s time at Boston College was successful both on and off of the field. In Matt’s first year, he won the freshman male scholar-athlete award. But it was his on-field accomplishments that earned Ryan attention after that. Ryan went down as one of the best quarterbacks in school history, propelling BC toward the top-25 year after year despite their school history not consisting of frequent college football success in the recent past.

Eagles coach Tom O’Brien opted to go with Ryan in a 2005 game against Virginia Tech, and the team never looked back with him at the helm. Ryan won all three of the bowl games that he participated in during his time with the Eagles, including a win over Michigan State in the 2007 football season, which was BC’s final year with Ryan.

The NFL career of Matt Ryan has been an interesting one. He was drafted with the third overall pick in the first round of the 2008 NFL Draft by the Atlanta Falcons. As his first training camp wound down, Ryan was named the starting quarterback for the team for the upcoming season. That made him the first rookie quarterback to start for the team since Michael Vick in 2001. He has enjoyed success against top NFC teams throughout his career, such as the Chicago Bears, San Francisco 49ers and Arizona Cardinals.

As an NFL quarterback, Ryan has had success working with some of the best receivers in the game. Most notably, the connection between Ryan and Julio Jones has been legendary. Now in his 13th NFL season, Ryan has an MVP award under his belt and a Super Bowl appearance as well. That came in Super Bowl LIII, after the Falcons had to get through a loaded NFC field with games against the Seattle Seahawks and Green Bay Packers in the postseason.

Of course, Atlanta sports fans might want to forget about Super Bowl LIII, as the Falcons blew a 28-3 lead to the New England Patriots. Matt Ryan’s melt down in that game in the second half will go down in NFL history as one of the game’s great collapses. But Ryan set career highs that year in touchdown passes with 38 and yards per pass attempt.

Overall, Ryan is a four-time Pro Bowler and has thrown more than twice as many touchdowns as interceptions in his career. He will be remembered as one of the great players at his position in his era, even as the Falcons have had issues remaining consistent around him throughout his time as their quarterback.

Matt Ryan signed a five-year, $150 million deal with the Atlanta Falcons in 2018. At the time it was one of the most lucrative contracts in the history of the sport, though subsequent quarterback contracts have changed that. Looking back, Ryan’s impact on his team’s salary cap has not been nearly as devastating as the contracts that have followed for quarterbacks in the league.

Ryan has an estimated net worth of $70 million. In addition to his NFL salary, Ryan enjoys endorsement deals with companies like Nike, Gatorade, and Mercedes-Benz. As a former league MVP, playing quarterback in a huge media market, it is no surprise that Ryan is called upon to endorse a number of products.

Matt Ryan is the son of Michael and Bernice Ryan, and was born in Exton, Pennsylvania in 1985. He is one of four children, as Ryan also has two brothers and a sister. Ryan is married to his wife, Sarah, and they have two sons together.

Awards and Honors by Year:
2008
NFL AP Offensive Rookie of the Year
2016
NFL MVP, NFL Offensive Player of the Year

NFL
Predicting the Fantasy Football League-Winners in 2020
Want to be the champion of your fantasy football league this year? This'll help.