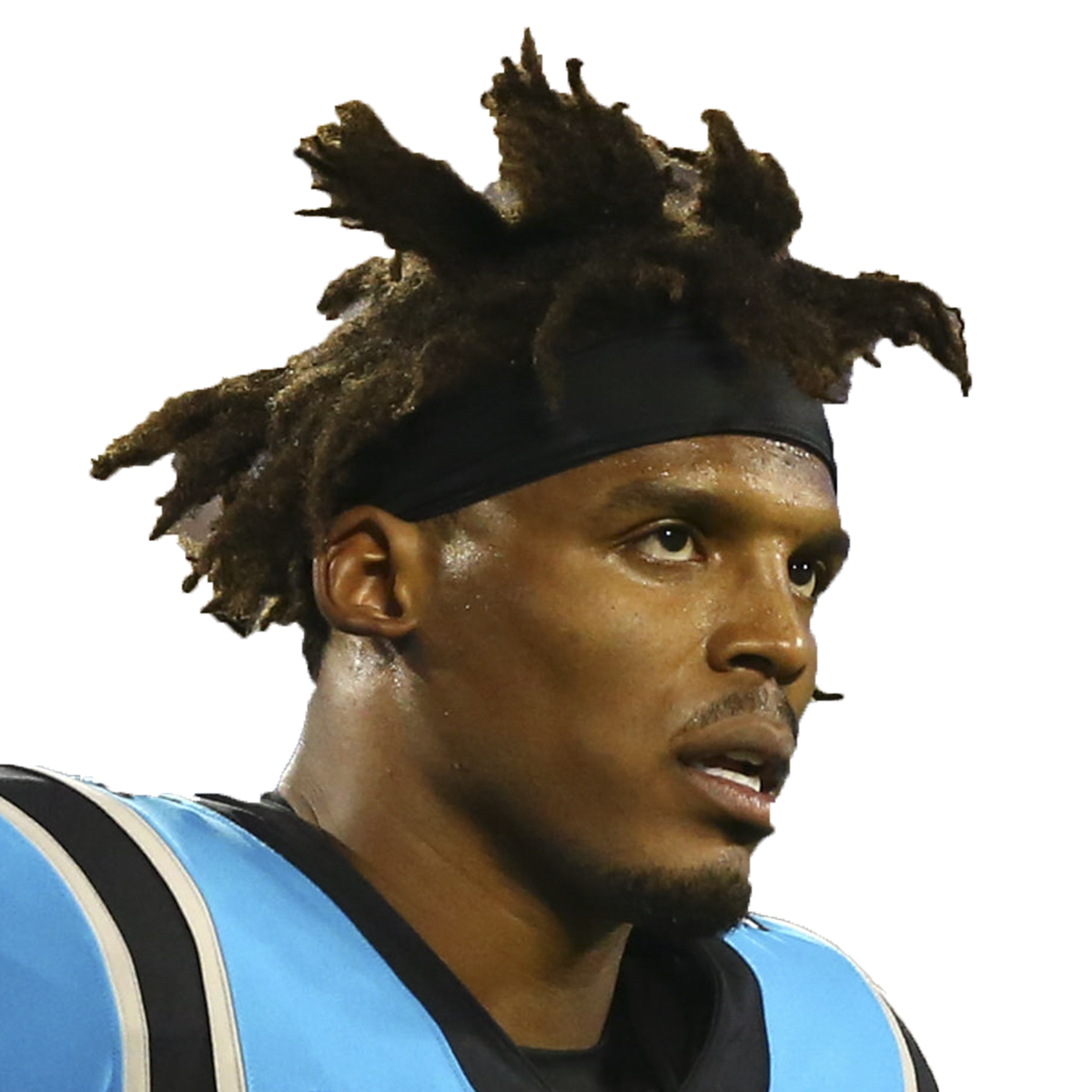 Cameron Jerrell Newton is an American football quarterback for the New England Patriots in the NFL.

After a great career at Auburn, where he won the Heisman Trophy in 2010, he was selected with the 1st pick in the 2011 Draft by the Panthers.

After nine successful seasons with the Carolina Panthers that included an MVP Award and a Super Bowl appearance, Newton was cut, and decided to sign with the Patriots late into the 2020 offseason.

Newton is one of the most prolific dual-threat quarterbacks in NFL history.

As a 16-year-old junior, he passed for 2,500 yards and 23 touchdowns and ran for 638 yards and nine touchdowns, gaining the attention of major college programs.

Newton earned a five-star rating by Rivals, and he was the second-highest-rated dual-threat QB in his recruiting class.

The highly sought recruit received scholarship offers from multiple prestigious programs including Florida, Georgia and Oklahoma. He later committed to the Florida Gators.

Newton initially attended the University of Florida, where he was a member of the Florida Gators football team in 2007 and 2008. As a freshman in 2007, Newton beat out fellow freshman quarterback John Brantley as the back-up for eventual Heisman Trophy winner Tim Tebow. He played in five games, passing for 40 yards on 5-of-10 and rushing 16 times for 103 yards and three touchdowns. In 2008, during his sophomore season, Newton played in the season opener against Hawaii but suffered an ankle injury and took a medical redshirt season.

Newton started the first game of Auburn University's 2010 season, a home win over Arkansas State on September 4, 2010. Newton accounted for 186 passing yards, 171 rushing yards, and five total offensive touchdowns. He was named SEC Offensive Player of the Week following his performance in the 52–26 victory.Three weeks later, Newton had a second break-out game with 158 passing yards, 176 rushing yards, and five total touchdowns against the South Carolina Gamecocks in the 35–27 victory On October 2, Newton led Auburn to a 52–3 victory over Louisiana-Monroe. He completed three touchdown passes, one of which went for 94 yards to Emory Blake. It was the longest touchdown pass and offensive play in Auburn football history. On October 9, Newton led Auburn to a 37–34 victory over Kentucky. He passed for 210 yards and rushed for 198 yards including four rushing touchdowns. On October 16, during the Arkansas game, Newton ran for 188 rushing yards and three rushing touchdowns and threw one touchdown pass in the 65–43 victory. Following these performances, media reports began to list Newton among the top five candidates to watch for the Heisman Trophy.

After being picked first overall, Cam Newton signed a four-year, $22 million deal with the Panthers that was fully guaranteed.

Newton set the league on fire during his rookie campaign, eventually winning Offensive Rookie of the Year honors. Newton led the Panthers to three division titles and four playoff appearances during the prime of his career.

In 2015, he dominated to the tune of a 15-1 record, Super Bowl appearance, and an MVP Award. He is the second African-American quarterback to win NFL MVP.

In recent years, Newton has struggled with injuries to his shoulder and foot. The Panthers cut him in 2019. ,

Newton then signed with the Patriots in 2020 to a one-year deal worth slightly more than $1 million.

Newton tested positive for COVID-19 during the 2020 NFL season.

In 2011, Newton signed a four-year contract, worth over $22 million, with the Carolina Panthers that was fully guaranteed.

In 2015, the Panthers and Newton agreed to a five-year, $103.8 million contract extension.

He has his own clothing line, and opened a cigar bar and restaurant named Fellaship in downtown Atlanta.

Newton signed a one-year deal with the New England Patriots on July 8, 2020.

Cam Newton has five biological children. He has four children with former girlfriend Kia Proctor and another with Instagram model La Reina Shaw.

"I'm an example of why people deserve second chances."

"I hate excuses. Excuses are a disease."

"The only thing that's going to get you away from all the talk is winning."

"I'm a living testimony that anything is possible."

Cam had his own reality show on Nickelodeon that focused on helping kids achieve their dreams and inspiring the next generation.

NFL
NFL Best Bets: Week 15
We're expecting a shootout in the Chiefs-Saints game, but will they hit the over?

NFL
5 NFL Teams That Should Do Whatever It Takes to Get Deshaun Watson
Plenty of teams should mortgage their future to acquire Watson, but these five teams are more desperate than the rest of the league.
See more news
Career stats
Season
Team