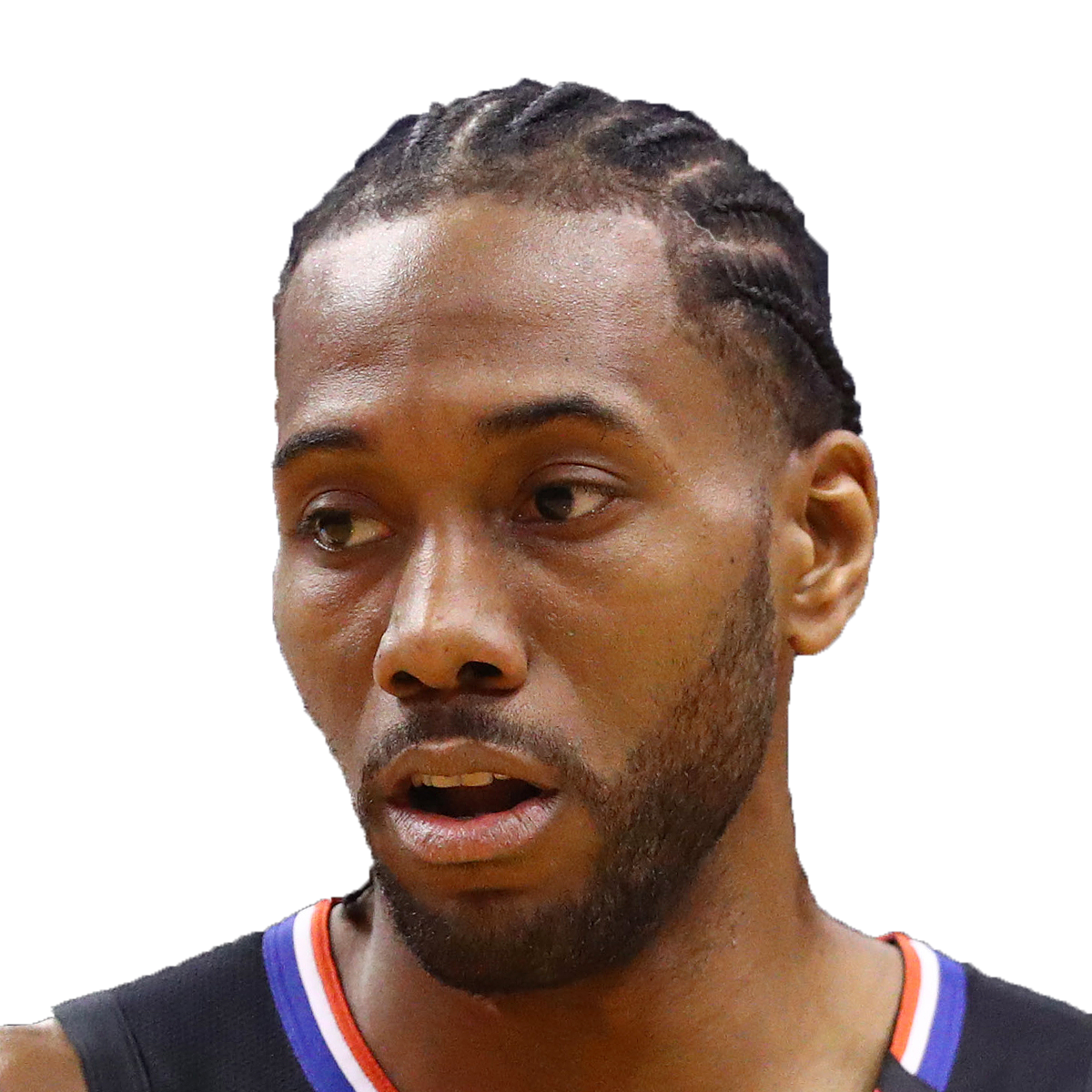 Kawhi Leonard was a relative unknown when the San Antonio Spurs famously traded up to select him in the 2011 NBA Draft. Since then, he has become one of the most successful active NBA players. He has already won NBA championships with the San Antonio Spurs and Toronto Raptors, and in 2019 moved to the LA Clippers who are seen as strong championship contenders. In both his NBA Finals wins, he was awarded the NBA Finals MVP.

Always known for his strong defensive play at the small forward position, Leonard has evolved to be a true superstar, one of the best players on both offensive and defensive ends. He regularly takes the toughest defensive assignments while also working as his team’s primary scoring threat. Kawhi Leonard’s hands, strong build, long arms, and aggressive defensive instincts have won him multiple Defensive Player of the Year awards and many consider him one of the greatest perimeter defenders of all time.

After two years at Canyon Springs High School, Leonard transferred to Martin Luther King High School. There, he partnered with Tony Snell to lead the team to a 30-3 record during his senior year, when he averaged well over a triple-double with 22.6 points and 13.1 rebounds per game.

Leonard was named California’s Mr. Basketball in 2011 and was ranked the No. 8 small forward in the nation in the class of 2011.

Leonard chose to play NCAA basketball with the San Diego State University Aztecs. In his freshman year, he helped the Aztecs dominate Mountain West Conference play, with a 25-9 overall record and a conference tournament title. He was named the 2010 Tournament MVP, but the team lost in the first round of the NCAA tournament.

In his sophomore year, Leonard increased his production to 15.7 points and 10.4 rebounds per game. The team achieved a 34-3 record, another MWC tournament championship, and this year they advanced to the Sweet Sixteen, where they lost to eventual champions Connecticut. Leonard was named as a Second Team All-American.

Leonard declared for the NBA draft following his sophomore season. In 2020, he became the only SDSU basketball player to have his college jersey number retired.

The San Antonio Spurs surprised many observers by trading point guard George Hill to the Indiana Pacers for the rights to select Leonard with the 15th overall pick. He was viewed as an excellent defensive prospect with limited offensive potential. Leonard had a strong rookie year, playing in 64 games and averaging 7.9 points per game despite having a limited offensive role behind players like Tim Duncan, Manu Ginobili, and Tony Parker. He was named to the All-Rookie First Team and placed fourth in Rookie of the Year voting.

Leonard’s three-point shooting was better than many expected, averaging over 37% in his first three years. Even in these early years, he was developing into an elite three and D role player. In his second and third years in the league, the Spurs made two memorable trips to the NBA finals. In 2013, they lost in seven games to LeBron James, Dwayne Wade, and the Miami Heat. The two teams rematched in 2014. The Spurs won easily in five games behind a historic offensive performance, but Leonard’s shutdown defense on LeBron James earned him the NBA Finals MVP award.

Leonard’s offensive role continued to grow. After 12.8 points per game in their championship-winning year, he improved to 16.5, 21.2, and 25.5 points per game in the next three years. In 2015 he was also selected as the Defensive Player of the Year, while in 2016 he earned his first All-Star selection. In 2017, his growth into the Spurs’ primary offensive weapon, along with another All-Defensive First Team appearance, pushed him into the MVP conversation. An injury in the Conference Finals against the eventual champions Golden State Warriors ended the Spurs’ championship hopes and led to the beginning of the tension between Leonard and his team.

It was known that Leonard would miss much of the beginning of the 2017-2018 season after his postseason injury, but as the timeline for his return kept being pushed back under vague circumstances, many around the team were irked by the confusion. Later reporting suggested that Leonard’s personal doctors and team medical staff disagreed on the best treatment for his injury. Leonard ended up playing only 9 games in the season, and trust broke down between him and the Spurs. The 2018 season ended with plenty of speculation that the Spurs would seek to trade their star player.

Despite only having one year left on his contract, Leonard was acquired by the Toronto Raptors in exchange for DeMar DeRozan, Jakob Poeltl, and a draft pick. The team was cautious with his injury, and he only played 60 regular-season games, but over the course of the season returned to the form that allowed him to dominate both ends of the court. The team earned the second seed in the playoffs, and Leonard took on a starring role in the postseason. He beat the Philadelphia 76ers in the second round with a famous buzzer-beater that bounced four times and helped slow down the Milwaukee Bucks’ Giannis Antentokoumpo in the conference finals as the Raptors won 4 games to 2. The team defeated an injury-plagued Golden State Warriors, earning the franchise’s first championship. Leonard again received the Finals MVP award.

As the 2019 offseason began, many teams had high hopes that they could land the free agent Leonard. A native of Riverside, California, it was believed the Los Angeles Lakers and LA Clippers had the best chance of signing him. He signed for the LA Clippers after they agreed to trade for Paul George from the Oklahoma City Thunder, pairing two of the league’s best wing players. The duo led the team to the second seed in the west, with Leonard averaging almost 27 points per game, before the league was suspended due to the coronavirus.

Leonard earned $7.4 million on his rookie deal. He agreed to hold off on an extension so that the Spurs could have room to sign LaMarcus Aldridge in 2015. He then signed a five-year, $90M contract with the Spurs.

After his relationship with the team deteriorated, Leonard was traded to Toronto in 2018. He chose to enter free agency by opting out of the last year of his contract in 2019. After ensuring that they would also acquire a second star in Paul George, Leonard signed a three-year maximum deal with the LA Clippers.

Leonard has had an endorsement deal with New Balance since 2018. He was previously signed with Air Jordan.

Kawhi Leonard signed a three-year, $103 million deal with the LA Clippers in 2019.

NBA
Every NBA Team’s New Years Resolution
Which team(s) should be hoping for a James Harden trade?

NBA
5 NBA Teams Under The Most Pressure in 2021, Ranked
Another NBA season brings some massive expectations for some squads. Will these teams crumble or shine under the spotlight?