Somehow, the 2021 NFL Draft might have even more talent than its predecessor. There are coveted franchise quarterbacks in Clemson's Trevor Lawrence and Ohio State's Justin Fields, a potential All-Pro offensive tackle in Oregon's Penei Sewell — and what could be an even better wide receiver class.

Although the 2021 NFL Draft won't take place until April 29 in Cleveland, Ohio, it's never too early to take a look at who your favorite team might select.

Let's start with the team projected to have the No. 1 pick.

The Jaguars, as of now, are expected to be the worst team in the league in 2020. If so, that means second-year player Gardner Minshew likely crashed and burned in his first full season as a starter.

The Jaguars would then look for his replacement in a stacked quarterback class. Luckily for Jacksonville, the Jaguars are able to add one of the most highly touted quarterback prospects in recent memory.

Lawrence most likely would've been the top selection in the 2020 NFL Draft if he was eligible.

In the offseason, the Panther inked Teddy Bridgwater to a three-year, $63 million contract — but that wouldn't stop the Panthers from trying to find their franchise quarterback if they're the second-worst team in the league.

Now that the Redskins have finally gotten rid of Trent Williams, the team can move on and try to find his replacement.

The Oregon offensive tackle has the talent to be the top selection, but he'll have to settle for being the first non-QB off the board.

Joe Burrow sure would love this pick. The former Heisman Trophy-winner would team up with his No. 1 receiver from LSU.

Chase could also replace A.J. Green, who is in the final year of his deal. Burrow's Bengals offense could potentially feature Chase, Tyler Boyd, Joe Mixon and rookie Tee Higgins.

Jets fans have heard it for years: "New York hasn't had a premier pass rusher since John Abraham." Well, those days should be over with the addition of the fierce Miami pass rusher.

The Giants could have an explosive offense in 2020, but the defense still needs a lot of work.

Even though Giants general manager loves him some "hog-mollies," he decides to pick the first corner off the board.

Surtain Jr., the son of the former Dolphins Pro Bowl corner, could be the lockdown corner the Giants are looking for.

The Dolphins decided against drafting a wide receiver in one of the deepest drafts in recent memory. That's partly because the team had so many other holes and the emergence of DeVante Parker and Preston Williams.

But the 'Fins can't pass up on the playmaking Clemson receiver who could be Tua Tagovailoa's running mate in Miami for the foreseeable future.

There have been whispers for years that Derek Carr isn't Jon Gruden's long-term answer at the quarterback position with the Raiders.

If Carr — or Marcus Mariota — crap out in Las Vegas, the Raiders will have no choice but to find a future franchise quarterback.

Unfortunately, Gruden and Co. miss out on the top two available passers, but Newman is quite the consolation prize.

Newman could be the first Georgia quarterback selected in the first round since Matthew Stafford in 2009.

Could the Lions try to find Matthew Stafford's replacement here? It's possible, especially if Detroit cleans house after the season.

But, for now, we'll add more help to the Lions explosive offense. The Stanford offensive tackle could have been a potential first-round pick in 2020, but he decided to return to Palo Alto after suffering a season-ending knee injury.

Parsons could be the next great NFL linebacker.

The Penn State stud has top-five potential thanks to his size, speed and athleticism. The 2019 Big Ten Linebacker of the Year also adds some pass-rushing ability. He's pretty much the total package.

After missing out on Derrick Brown in the 2020 NFL Draft, the Cardinals add a wrecking ball to the middle of their defensive line.

The former five-star recruit must improve on getting to the quarterback if he wants to crack the top ten in 2020, though.

The Chargers finally addressed their wretched offensive line in the offseason by solidifying the right side of the unit, but that's not quite enough for rookie Justin Herbert and Co.

The Chargers find their left tackle of the future in the Texas lineman.

Ohio State has quickly become DBU for NFL prospects. Wade should be the next first-round corner out of Columbus.

Wade has the size NFL teams are looking for at the cornerback position, but he's got to work on forcing more turnovers to be DB1 in 2021.

Get used to hearing the name Trey Lance. It was just a few years ago that an unknown North Dakota State quarterback rose up the draft boards to No. 2 overall. That man is, of course, Carson Wentz.

The Bears sure would love to find their own Wentz after the Mitchell Trubisky experiment failed. And while Lance might not be Wentz, he's still being talked about as a first-round quarterback.

The 6-foot-3 signal-caller somehow didn't throw a single interception in 2019.

If the Falcons decide to use second-round pick, Marlon Davidson, as an interior defensive lineman then the Falcons have a huge need at edge rusher.

The Clemson pass rusher has a ton of potential, but he's lacking the production to match it.

With their second first-round pick, the Jaguars decide to protect their prized possession at quarterback by getting him some much-needed protection.

The massive Alabama lineman could quickly rise up the draft board with a strong senior season in Tuscaloosa.

The 2019 Alabama wide receiver corps was dripping with talent. So much so that Waddle, who might be the most talented pass catcher of the group, was essentially fourth on the team's depth chart.

Waddle is a terror with the ball in his hands. He should be a yards-after-catch maniac at the next level.

The Tennessee guard should be a first-round pick as long as his medical history checks out.

Ben Roethlisberger isn't getting any younger, and the Steelers found out first-hand that their backup quarterback situation is one of the worst in the NFL.

The Steelers find their quarterback of the future in the Iowa State product. Purdy also adds rushing ability to his value, which has almost become a necessity in today's NFL.

The Colts could opt to address the quarterback position here, but Indianapolis can't pass up on the instinctive Oregon safety.

The 6-foot-1 safety has a nose for the ball which has led to nine interceptions in his short career in Eugene.

Don't look now, but the Bills have built one of the most talented rosters in the league.

If Josh Allen can continue to improve — which is expected with the arrival of Stefon Diggs — then Buffalo will have the luxury of going best-player available and addressing the team's pass rush.

If Basham can come close to repeating his success of 2019, then he'll be a lock to go in the first round.

Humphrey is another player who could've gone in the first round of the 2020 NFL Draft if he declared. Instead, the Sooners offensive lineman decided to return for another year with Oklahoma.

Humphrey could be the ideal center for a zone-running team such as the Vikings.

For some reason, the Packers didn't draft a single receiver in one of the most loaded classes in draft history.

And, for some reason, Smith — a sure-fire first-rounder — didn't declare for the 2020 NFL Draft.

So these two seem like a match made in heaven.

Smith was sneakily Alabama's best pass catcher in 2020, and he should get even more recognition with Jerry Jeudy and Henry Ruggs out of the picture.

The Seahawks resist the urge to grab a running back —like Travis Etienne or Chuba Hubbard — in favor of a defensive back.

Fletcher Cox isn't getting any younger, and the rest of the Eagles' defensive front isn't either. Philadelphia knows that they'll have to keep that unit strong if they want to compete for a Super Bowl.

And the Eagles get a steal here with the LSU defensive lineman. Shelvin could skyrocket into the top 15 if he improves his pass-rushing ability.

Could the Patriots finally find their Tom Brady replacement? If Jarrett Stidham doesn't turn out to be the savior, then New England might be forced to go quarterback in the first round.

The Florida quarterback played well in his first full season as the starter for the Gators. It'll be interesting to see what kind of leap he makes with another season with Dan Mullen under his belt.

The Cowboys had one of the strongest draft classes in 2020, but the team failed to address the safety position.

That's fine when the franchise is stealing CeeDee Lamb, Trevon Diggs and Neville Gallimore, but the 'Boys will need to address the position in the near future.

They do so by sticking close to home and taking the Texas safety. Sterns' strength is in coverage where he has sideline-to-sideline range.

Whether the Saints re-sign Alvin Kamara or not, this would be a terrifying choice for the rest of the league.

Imagine Etienne and Kamara lining up in the same backfield... or Etienne taking over the Kamara role for New Orleans. That's some scary stuff.

The Clemson running back is all about pure speed... in the running and passing game.

After acquiring Tom Brady and Rob Gronkowski this offseason, the Buccaneers have the Super Bowl in their sights.

The Bucs' roster doesn't have a ton of holes, so — like the Bills — the Buccaneers can improve on a strength by adding to their loaded offense

Sure, the Bucs have three talented tight ends currently on their roster, but only Cameron Brate is under contract through this upcoming campaign.

Pitts fits what the NFL is looking for in the tight end position, too. He's built like a tight end up, but he runs like a receiver.

Moore took a step back last season at Purdue, but the wide receiver fits perfectly into what the Ravens want to do on offense.

Moore is a speedy, undersized receiver who excels with the ball in his hands. He'd be another solid addition to the track team that the Ravens have built in Baltimore.

The 49ers might have a great defense, but they have a lot of work to do to maintain the group.

With Richard Sherman and Jaquiski Tartt in the final year of their contracts, San Francisco must address the defensive backs position early in the draft.

LeCounte brings versatility to the Niners. He's able to play safety or corner — an ideal player for roaming the middle of the field and shutting down opposing tight ends.

Although he might be on the skinny side, Olave is a playmaking wide receiver with top-notch route-running and ball skills. He'd be the perfect replacement for Sammy Watkins in Kansas City. 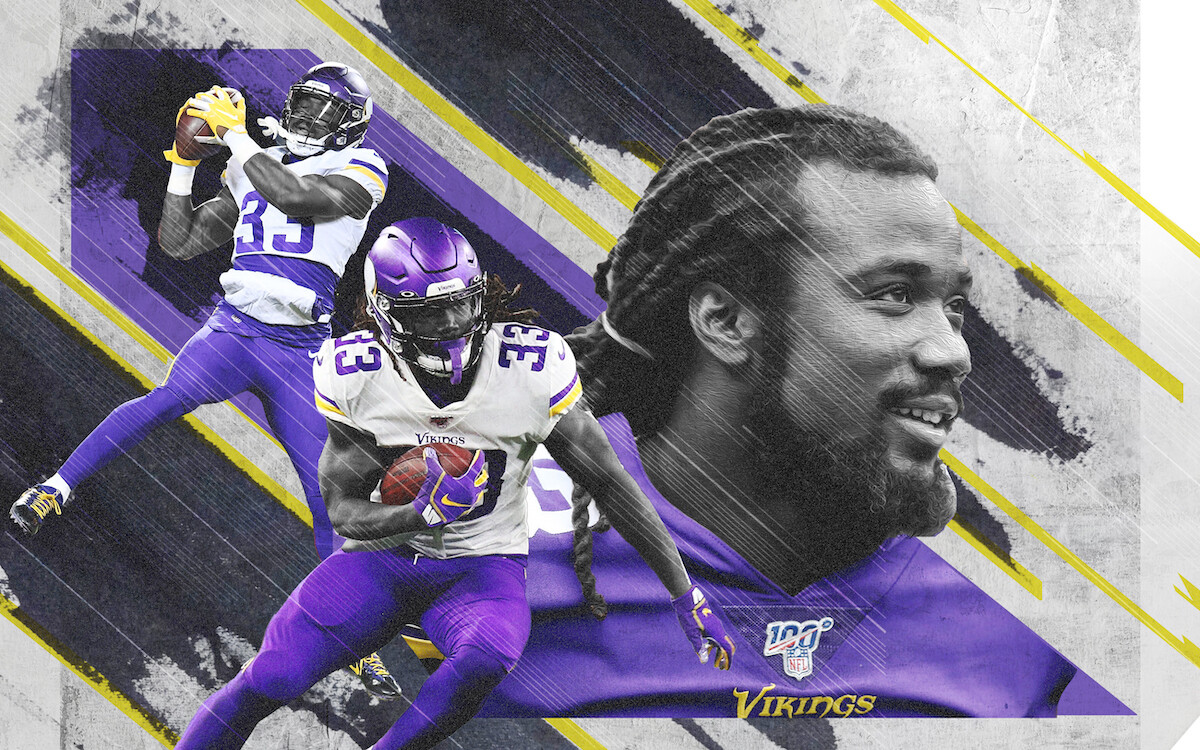 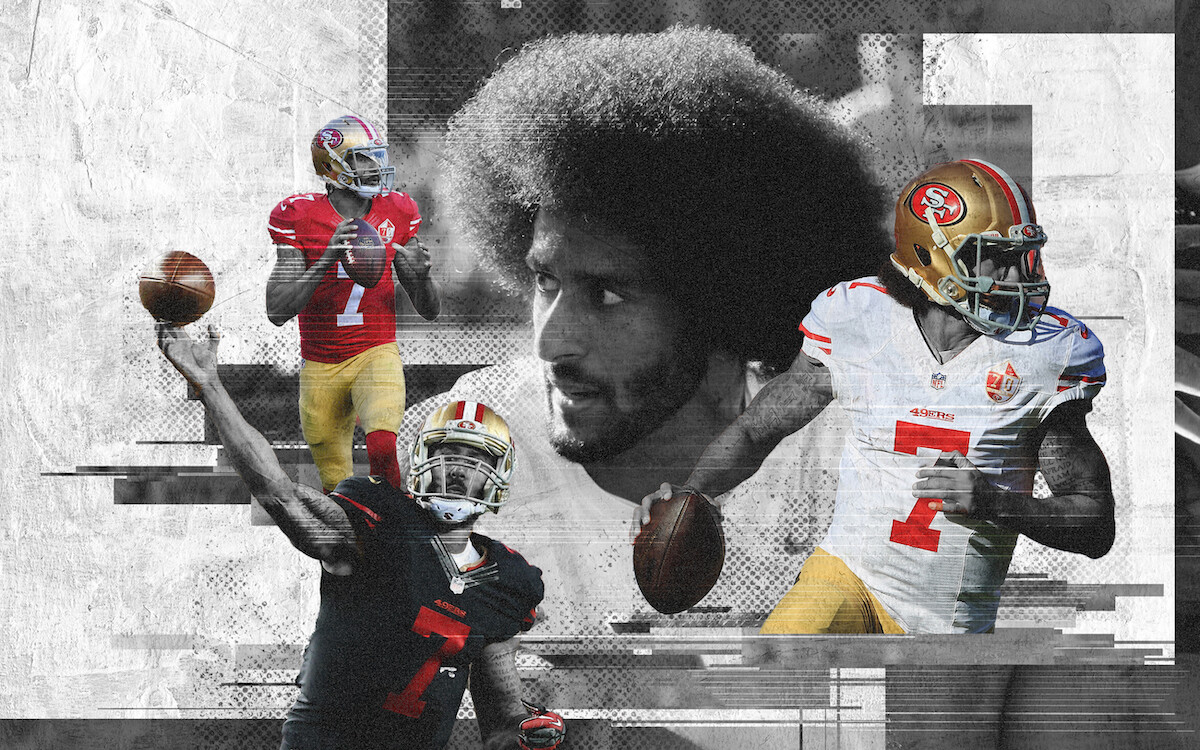 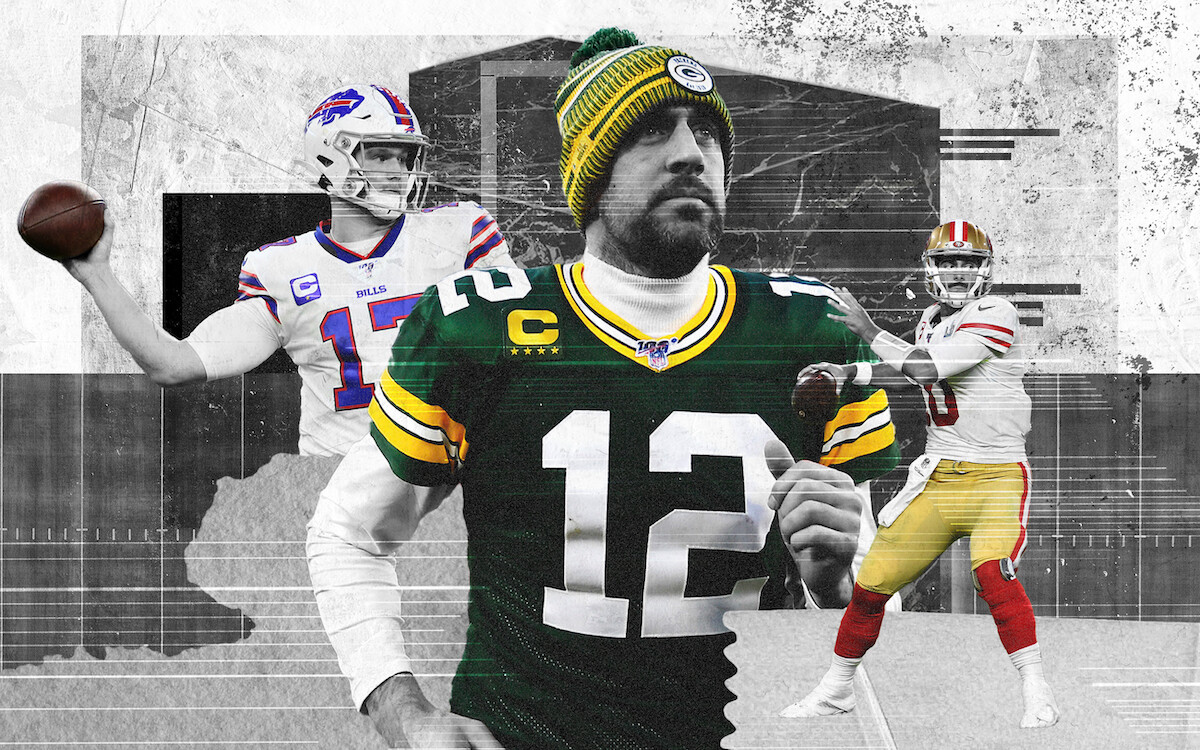 10 Longshot NFL MVP Candidates That Could Totally Pay Off 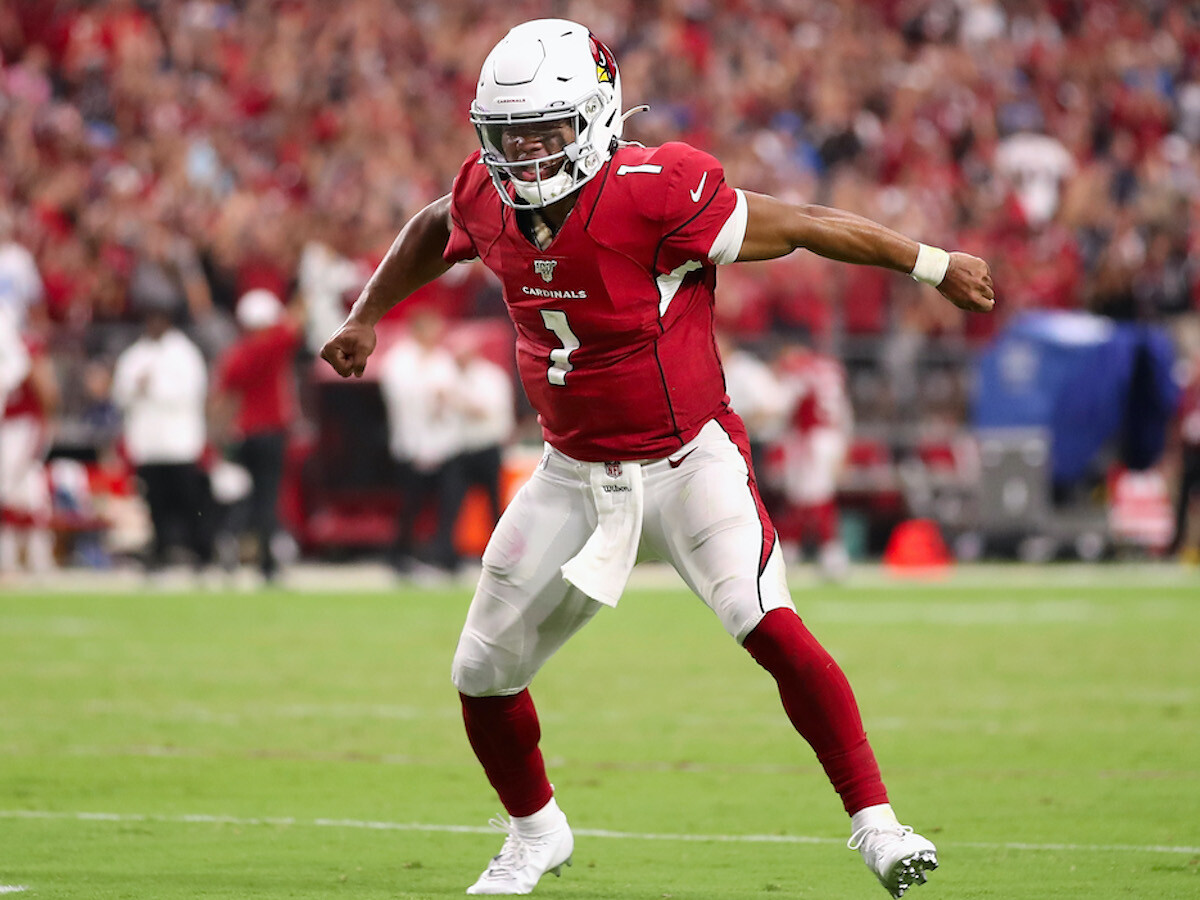 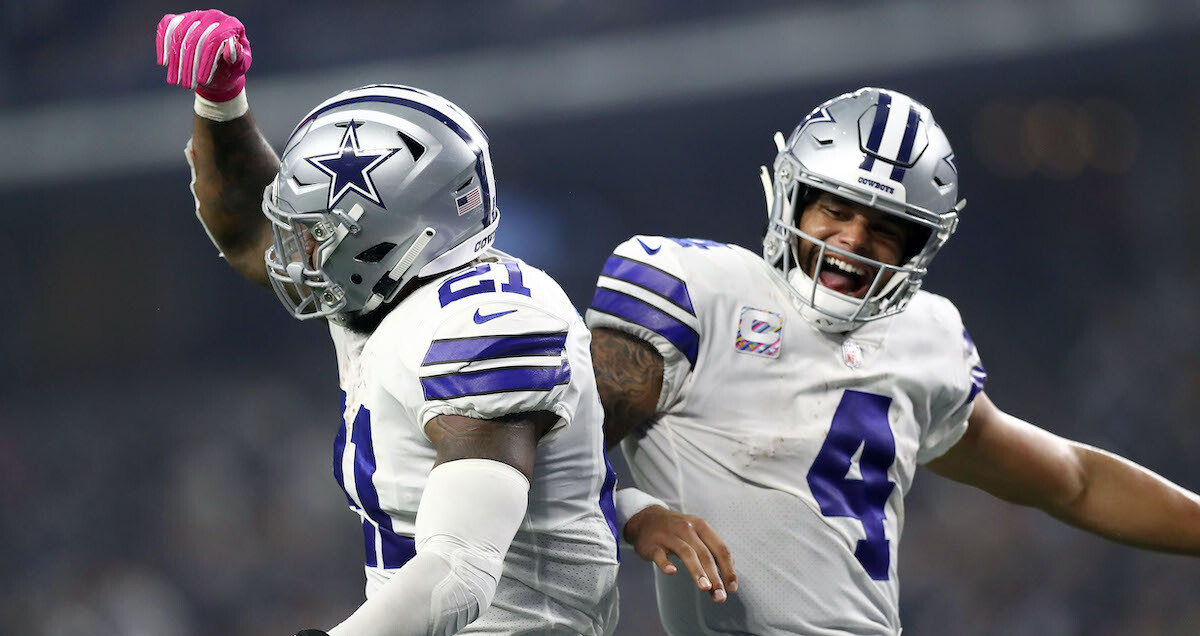 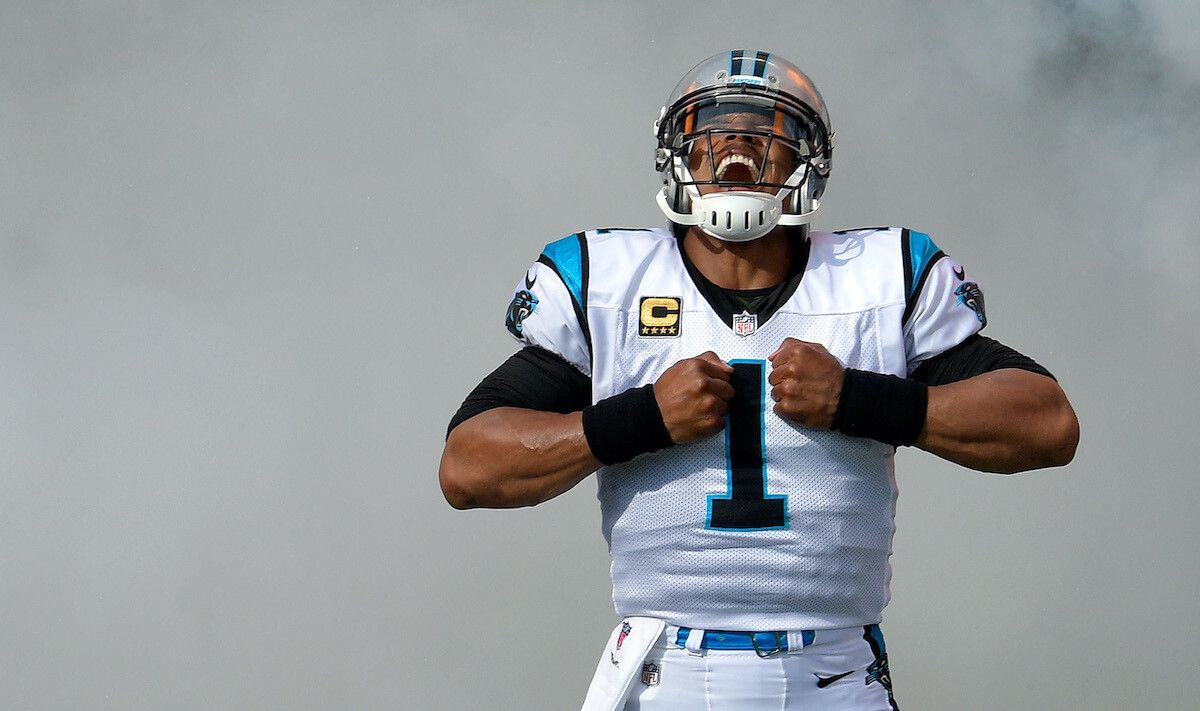 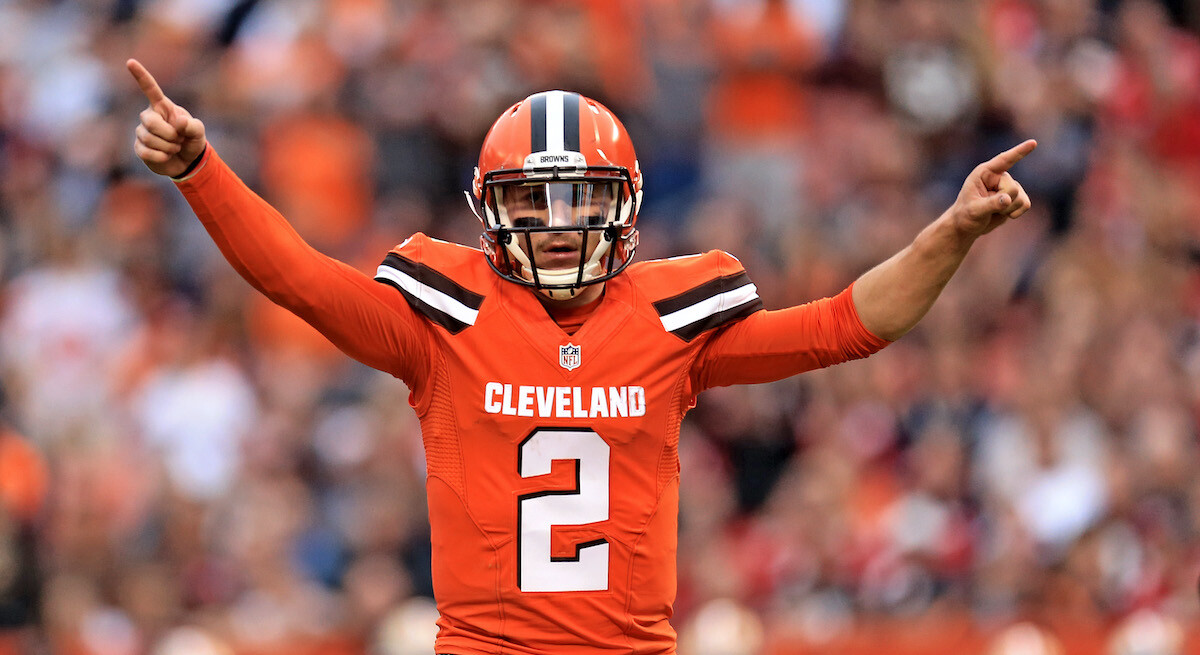 Ranking The 10 Biggest NFL Draft Busts Ever
This site uses cookies to provide you with a great user experience. By using LINES, you accept our use of cookies.
OK