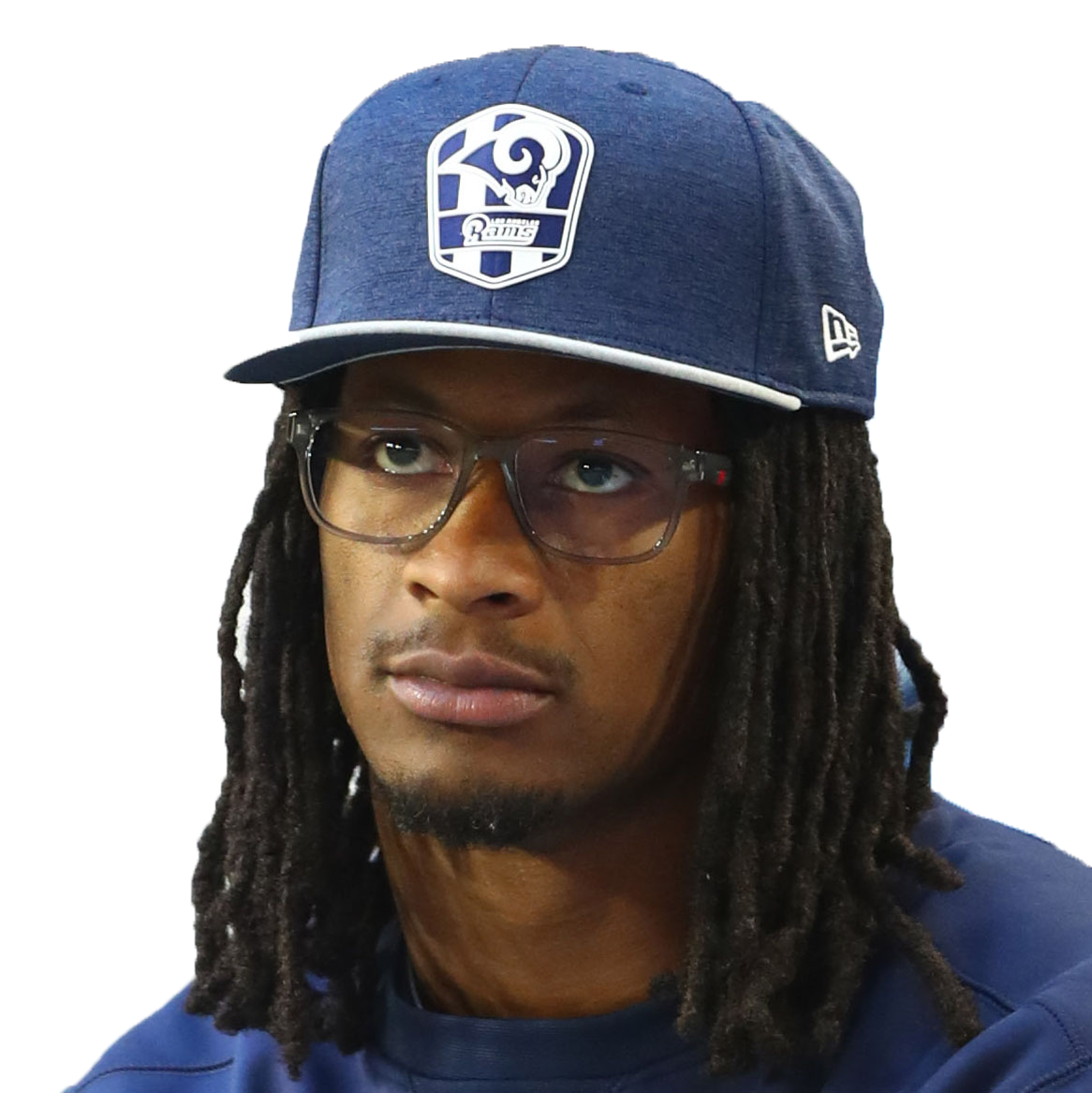 Todd Gurley II is a running back in the National Football League who plays for the Atlanta Falcons. Gurley has been made one of the highest paid running backs in NFL history, with his explosive running helping to propel his teams to the playoffs throughout his career. Gurley’s career highlights make him an elite running back, as he continues to churn out productive seasons in the league.

Todd Gurley went to Tarboro High School in Tarboro, North Carolina. He was a three-sport athlete there, playing football and basketball and running track. As a football player, he played running back and defensive back for his high school team. As a senior, Gurley rushed for 2,600 yards and 38 touchdowns while helping his school to win a North Carolina state championship. As a four-star recruit, Gurley signed on to play his college football at Georgia.

In the ultra-competitive SEC, Todd Gurley made an immediate impact for the Georgia Bulldogs. He rushed for 1,385 yards in his freshman season, scoring 17 touchdowns on the ground. He was named a first-team All-SEC selection for that season. He also became the first true freshman in school history since Herschel Walker to rush for over 1,000 yards in a season.

As a sophomore, Gurley saw his rushing numbers drop slightly, but he became a more complete player. His rushing yardage for the season was 989, with 10 touchdowns, but Gurley nearly quadrupled his receiving yardage from his freshman season. He ripped off 154 rushing yards and two touchdowns against Clemson, which was the most impressive performance of his season.

Gurley’s junior year was cut short due to injury. He played in just six games for the Bulldogs, missing the second half of the season due to a torn ACL. It was at that point that Gurley elected to skip his senior season so he could focus on his recovery and preparing for the NFL.

Todd Gurley was selected with the 10th overall pick in the first round of the 2015 NFL Draft. He was selected by the St. Louis Rams, who later became the Los Angeles Rams. Gurley again made an immediate impact, this time at the pro level. He scored 10 rushing touchdowns in his first season with the Rams, starting a run of four out of five seasons with double digit touchdown production.

The best seasons of Gurley’s career came in 2017 and 2018. In 2017, Gurley won Offensive Player of the Year honors when he set career highs in rushing and receiving yardage. He racked up over 2,000 total yards and 19 total touchdowns for the season. In 2018, Gurley scored 21 total touchdowns, and was a key piece to a Rams team that reached the Super Bowl. He made Pro Bowls in both years.

Injuries slowed Gurley down in 2019, but he still managed to get into the end zone 14 times. After the 2019 season, Gurley and the Rams parted ways. He signed with the Atlanta Falcons for the 2020 season and reached the end zone nine times in the first half of the season for his new team, again making an instant impact. Gurley rushed for a season-high 121 yards against the Carolina Panthers in Week 5, proving that he has plenty left in the tank.

Todd Gurley signed a one-year, $6 million contract with the Atlanta Falcons prior to the 2020 season.

Gurley has had an average annual salary of just over $2 million a year for his career. But his signing bonus totals have reached over $31 million in his career. Gurley has an estimated net worth of $4 million.

Gurley has made nearly $50 million in salary in his six-year career.

Gurley is in a long-term relationship with Olivia Davison.

NFL
NFL Best Bets for Every Divisional Round Playoff Game
Will the Saints pull off the three-game sweep of the Bucs?