NBA Cost Analysis: Who Was the Most Overpaid Basketball Player in 2020-21?

We Analyzed Every NBA Player’s Contract in the 2020-21 Season. Here’s What We Learned.

The shortened 2020-2021 NBA regular season featured plenty of excitement — including the newly introduced play-in game tournament, but it also had plenty of downsides.

While the compacted offseason surely was the reason some teams were derailed by injuries, it made for an interesting data analysis.

We took every single NBA players’ salary from the regular season and deciphered which ballers were the most cost efficient per minute, point scored, rebound, assists, block and three-pointer made.

Who was the most cost efficient member of Brooklyn’s Big 3? Was LeBron James or Anthony Davis more overpaid? Did the right Utah Jazz player win the Sixth Man of the Year Award? And was Trae Young or Luka Doncic more important to their team?

What we found will surprise you.

Here is a summary of our key findings:

1. Kevin Durant and John Wall, thanks to injuries and their hefty $40 million-plus salaries, were the most overrated and overpaid players in the NBA in 2020-21. Durant appeared in just 35 games, playing 1,157 minutes, which is $34,666 per minute while John Wall appeared in just 40 games and was paid $50,127 per point with the Rockets.

2. Stephen Curry, the NBA’s highest-paid player at more than $43 million, cost the Warriors $127,615 per successful three-pointer. That means the Warriors paid more for three Curry triples than for Juan-Toscano-Anderson’s entire 2021 salary ($358,295).

3. Knicks star Julius Randle played in 71 games and cost the Knicks $7,087 per minute which was cheaper than Derrick Rose, Frank Ntilikina, Obi Toppin and Kevin Knox. In comparison, the NBA MVP, Nikola Jokic, cost the Nuggets $11,874 per minute.

6. The Milwaukee Bucks were the healthiest team in the regular season, with just 106 games missed while the Orlando Magic led the NBA with 422 games lost due to injury.

7. Klay Thompson, who missed the season with a torn Achilles, cost the Warriors $35.3 million in lost salary while the Lakers’ two stars — LeBron James and Anthony Davis — were paid $14.71 million and $16.37 million, respectively, for games missed.

9. Despite pocketing nearly $1.5 million more than Trae Young this past season, Luka Doncic edged out Young in cost efficiency per rebound, block and three-pointer made. Young, on the other hand, was more cost-friendly in cost per point, minute, assist and steal.

10. Zion Williamson was more cost-friendly than Ja Morant in cost per point, rebound and block while Morant had a huge advantage over Williamson in the cost per assist department ($45,334 vs. $19,715).

11. Nikola Jokic had a better cost per assist than Russell Westbrook, James Harden and Chris Paul

Kevin Durant & John Wall Were the Most Overpaid

As we mentioned earlier, the ridiculously short NBA offseason contributed to plenty of injuries to the game’s best players. That made some players quite overpaid, but which teams were the biggest suckers?

Chef Curry vs. the World

Stephen Curry, of course, led the NBA in three-pointers made again this season with 337. But how did he compare to the league’s other great shooters?

With the biggest salary in the NBA at more than $43 million this past season, Curry’s cost per three-pointer was $127,615, which means the Warriors paid more for three Curry triples than for Juan Toscano-Anderson’s entire 2021 salary.

Duncan Robinson, who made just $1.7 million and knocked down 250 three-pointers for the Heat, was the most cost-friendly deep-range shooter of the bunch with a price of just $6,655 per successful three-pointer.

The Knicks Are Back Thanks to Julius Randle

Julius Randle, the former No. 7 overall pick by the Lakers in 2014, had bounced around the league before experiencing a career resurgence in the Mecca of Basketball for the New York Knicks.

The highest-paid player on the team by more than $10 million, Randle lived up to his $18.9 million contract. But how cost efficient was he?

Randle played in 71 games and cost the Knicks $7,087 per minute which was cheaper than Derrick Rose, Frank Ntilikina, Obi Toppin and Kevin Knox on the Knicks. In comparison, the NBA MVP, Nikola Jokic, cost the Nuggets $11,874 per minute.

Randle was also one of the most cost efficient Knicks players in other major categories — including cost per point ($11,040), rebound ($26,141) and assist ($44,262). Comparing Randle to Terry Rozier, who almost made $18.9M this past season, the big man was more cost efficient per points, rebounds and assist, which is impressive since Rozier is a point guard.

Who Was the Most Underrated and Underpaid?

With injuries to so many players, NBA teams had to get creative when bargain shopping on the free-agent market.

There were plenty of players who represented strong values for what they did on the court, but nobody was a better value than the Golden State Warriors’ Juan Toscano-Anderson. As we mentioned earlier, three Steph Curry triples cost the Dubs more than JTA’s $358,295 salary.

In 53 games, JTA played 1,107 minutes as a reserve forward, which means the Warriors paid just $324 per minute, the best value in the NBA. Toscano-Anderson also represented the best value in price per point at $1,190.

JTA wasn’t the only value in the NBA. Carmelo Anthony, Lu Dort, Duncan Robinson, Jae’Sean Tate, Kenyon Martin Jr., Jalen Brunson all cost their teams less than $1,000 per minute. Melo also had one of the top costs per point at $1,754.

After acquiring James Harden from the Rockets, the Nets quickly became the most talented — and hated — team in the league. With so many star talents, how were they able to coexist?

Thanks to ailments to all three players in the Nets’ Big 3, Brooklyn was never able to realize their full potential.

With their three-headed monster all making more than $33.4 million in 2021, who was the most efficient?

Durant, due to playing the fewest games and minutes, was by far the least cost efficient of the Nets’ Big 3.

Who Missed the Most and Least Amount of Games?

Injuries, due to a shortened offseason, have derailed what should’ve been an exciting NBA playoffs. Unfortunately, that condensed season also impacted teams in the regular season.

The Lakers and Nets weren’t one of the five most injured teams in the NBA this season, though.

The Magic led the NBA with 422 games lost due to injury thanks to injuries to Markelle Fultz, Jonathan Isaac, Aaron Gordon and Cole Anthony, among others. The Warriors were the fifth most-injured team with 278 games lost.

The Bucks, however, were the healthiest team in the regular season, with just 106 games missed. Three other playoff teams — Mavericks (124), Suns (129) and 76ers (142) — also made the bottom-five in missed games which proves that this season was a war of attrition.

As evidenced above, some teams were bit harder by the injury bug than others.

The Warriors lost Klay Thompson for the entire season after rupturing his Achilles in the offseason. But he wasn’t the only one who had his season derailed by a major injury. Others include Jonathan Isaac, Spencer Dinwiddie, Jaren Jackson Jr., Markelle Fultz, Thomas Bryant and Jamal Murray all suffered serious injuries that forced them to miss a majority of the campaign.

The Warriors’ other Splash Brother secured a $35.3 million salary in 2021 despite not even playing a game. Dinwiddie, who suited up for just three games, was paid $11.5 million for the season but due to the injury, he was paid a whopping $178,970 per minute. Murray, the star guard for the Nuggets, played in 48 games before tearing his ACL. With a salary of $27.3 million last season, Murray cost $16,012 per minute.

The Lakers suffered two of the biggest injuries of the season in losing LeBron James to a high-ankle sprain and Davis to various ailments including a hurt groin muscle. The King cost the Lakers $26,077 per minute in 45 games played while the Unibrow was slightly costlier at $28,177 per minute despite making nearly $7 million less than Bron.

The Battle for Sixth Man

The two hottest candidates for the 2021 NBA Sixth Man of the Year award came down to two players on the same team in the Jazz’s Jordan Clarkson and Joe Ingles.

Did the voters make the right decision to award the high-octane scorer Clarkson over the lefty Ingles? Let’s take a look at the cost efficiency.

Clarkson was a much better value in cost per point, rebound and steal while Ingles was superior in cost per assist and block. The biggest difference between the two was not surprisingly cost per assist, with Ingles being two times more cost efficient at $68,452 vs. $34,162. Anybody who’s seen Clarkson play knows he doesn’t love to pass and the cost efficiency proves it.

Back in the 2018 NBA Draft, the Kings shocked the world by passing on Luka Doncic to select Marvin Bagley III. The Mavericks then traded up with the Hawks to select Doncic while Atlanta acquired Trae Young. It’s one of the most pivotal draft decisions in recent memory, and it hasn’t quite worked out for the Kings.

But now that all three players finished their third season, it’s time to see who has developed as the most cost efficient player. Of course, Doncic and Young have emerged as superstars while Bagley has struggled to stay healthy.

Bagley, the highest paid of the three, cost the most per stat in every major category (minutes, points, rebounds, assists, steals and blocks). The only category where he was close to second (Young) was cost per rebound. A lone Bagley rebound cost $28,188 while for Young it was $26,824.

Despite pocketing nearly $1.5 million more than Young this past season, Doncic edged out Young in cost efficiency per rebound, block and three-pointer made. Young, on the other hand, was more cost friendly in cost per point, minute, assist and steal.

The Bagley-Doncic-Young decisions weren’t the only league-changing decisions made in recent drafts.

A year after those three were selected, the Pelicans and Grizzlies drafted Zion Williamson and Ja Morant, respectively. While the Duke star was the no-brainer selection, Morant was more than capable of being the top selection.

After a rocky rookie year for Williamson, the Pelicans big man broke out in a big way in his sophomore season, making New Orleans’ selection of the dunk artist justified. But Morant has clearly emerged as one of the best young guards in the league.

Who was more cost friendly in their second campaign?

Williamson pocketed slightly more than $1 million more than Morant in 2021, while the Grizzlies point guard played in two more games. With similar minutes played, Morant was the better value at cost per minute thanks to the salary discrepancy.

Williamson, however, was more cost friendly for his franchise when it came to cost per point, rebound and block, which was expected from a high-usage big man who has more opportunities to get boards and rejections. Morant, last year’s NBA Rookie of the Year, had a huge advantage over Williamson in the assists department ($45,334 vs. $19,715).

While they play two different positions, they’ve both proven to be the right pick and extremely cost-friendly on their current rookie contracts.

Everybody knows that Nikola Jokic is one of the best passing big men in NBA history. But how cost efficient was the reigning MVP compared to centers and the best passers in the league?

But what about comparing Jokic’s assist cost against the NBA’s top five dimes leaders? Jokic had a better cost per assist than Russell Westbrook, James Harden and Chris Paul while Trae Young and Draymond Green edged out Jokic for a better cost efficiency on dimes. 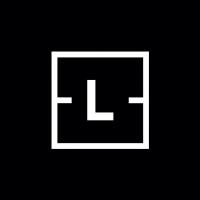 These Are The 10 Worst Trades in NBA History

Ranking The Biggest NBA Draft Busts Ever
This site uses cookies to provide you with a great user experience. By using LINES, you accept our use of cookies.
OK