The Business of Women's Sports

The popularity of women's sports continues to grow.

In 2020, viewership in the National Women's Soccer League grew nearly a whopping 300%.

It's about time for women to be compensated fairly and close the pay gap with their male counterparts.

Find out how and why women's sports viewership has grown in recent years in the infographic below:

The Rise Of Women’s Sports

■ But, the US women’s team has placed in the top three in every World Cup since the tournament was established in 1991

“Premium broadcasting plays a massive role in elevating the visibility and profile of leagues and players at the club level . . . Viewership drives everything in this sport.” — Esmeralda Negron, Co-founder of Atalanta Media and Former professional soccer player

○ The Olympic Channel found that 56% of engagement comes from women

■ AND, viewership of women’s content is 16% higher than men’s

■ More than half of students are women

● 44% of athletic opportunities are for women

■ Coaches for women earn $0.63 for every $1 earned coaches for men’s teams

○ On average female athletes are earning 63% of their male counterparts

■ For the 17% that don’t, the difference can be millions

○ The potential fanbase for women’s sports is in the millions

○ In 2020, women made up 40% of sportspeople but received just 4% of sports media coverage

● In both print and broadcasting

● Despite large fluctuations for major events 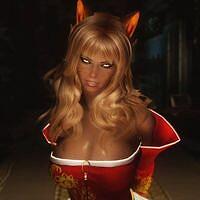 Who's the Best Quarterback in the NFL?

Ranking the 10 Best Games of the 2022 NFL Season
This site uses cookies to provide you with a great user experience. By using LINES, you accept our use of cookies.
OK