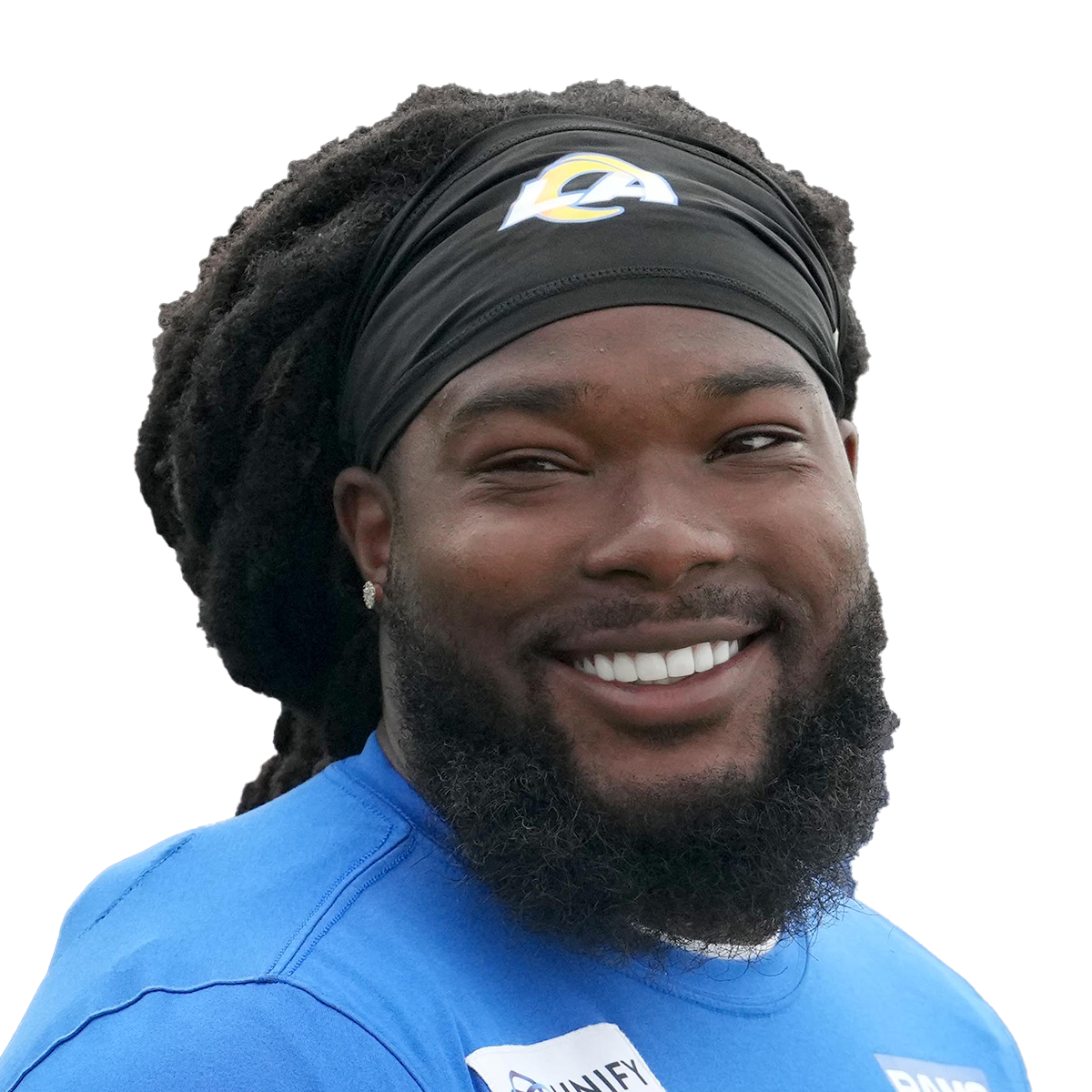 Darrell Henderson Jr. is a running back for the Los Angeles Rams. Henderson was born in Batesville, Mississippi.

After running for over 5,800 yards in his high school career, Henderson committed to Memphis. He went on to win the Jim Brown award at Memphis, given to the nation’s top running back.

Now in the NFL, Henderson is a dual-threat back that is capable of pounding the ball through the middle but is also a good receiving back.

Darrell Henderson attended South Panola High School in his hometown of Batesville Mississippi. Henderson was one of the best running backs in Mississippi, rushing for 5,801 yards and 68 touchdowns throughout his career.

Henderson became an even bigger part of the offense his sophomore season. He started in 10 of his 12 games and finished with 1,154 yards and nine touchdowns on just 130 carries. His junior year was his best as he ran for 1,909 yards and 22 touchdowns on just 214 carries.

Henderson elected to forgo his senior season and enter the 2019 NFL Draft.

Darrell Henderson Jr. was drafted by the Los Angeles Rams in the third round of the 2019 NFL Draft with the 70th overall pick. Henderson worked as the backup to starting running back Todd Gurley. He landed on IR on December 28th and finished the season with 147 rushing yards on 39 carries.

After Todd Gurley left Los Angeles to go to the Atlanta Falcons, Henderson became one of three backs in a committee backfield in Los Angeles that now features him, Malcolm Brown, and Cam Akers. Henderson scored his first career rushing touchdown in Week 2. He got his first career 100-yard rushing game the following week against the Buffalo Bills when he ran for 114 yards on 20 carries.

Darrell Henderson Jr. was born to Darrell Sr. and Barbara Henderson. He played high school football in his hometown of Batesville, Mississippi. He has one sister named Jerrica.

NFL
9 NFL Rookies You Should Draft in Fantasy Football in 2020
These first-year players should hit the ground running.

NFL
2021 QB Carousel: Projecting the Starter for Every NFL Team
We know where Deshaun Watson, Sam Darnold, Dak Prescott and all the rookie QBs will land this offseason.

NFL
Will the New York Jets Really Go 0-16?
Everyone knows the Jets are the worst team in the NFL, but will the Browns and Lions as the only 0-16 teams in league history?
See more news
Career stats
Season
Team