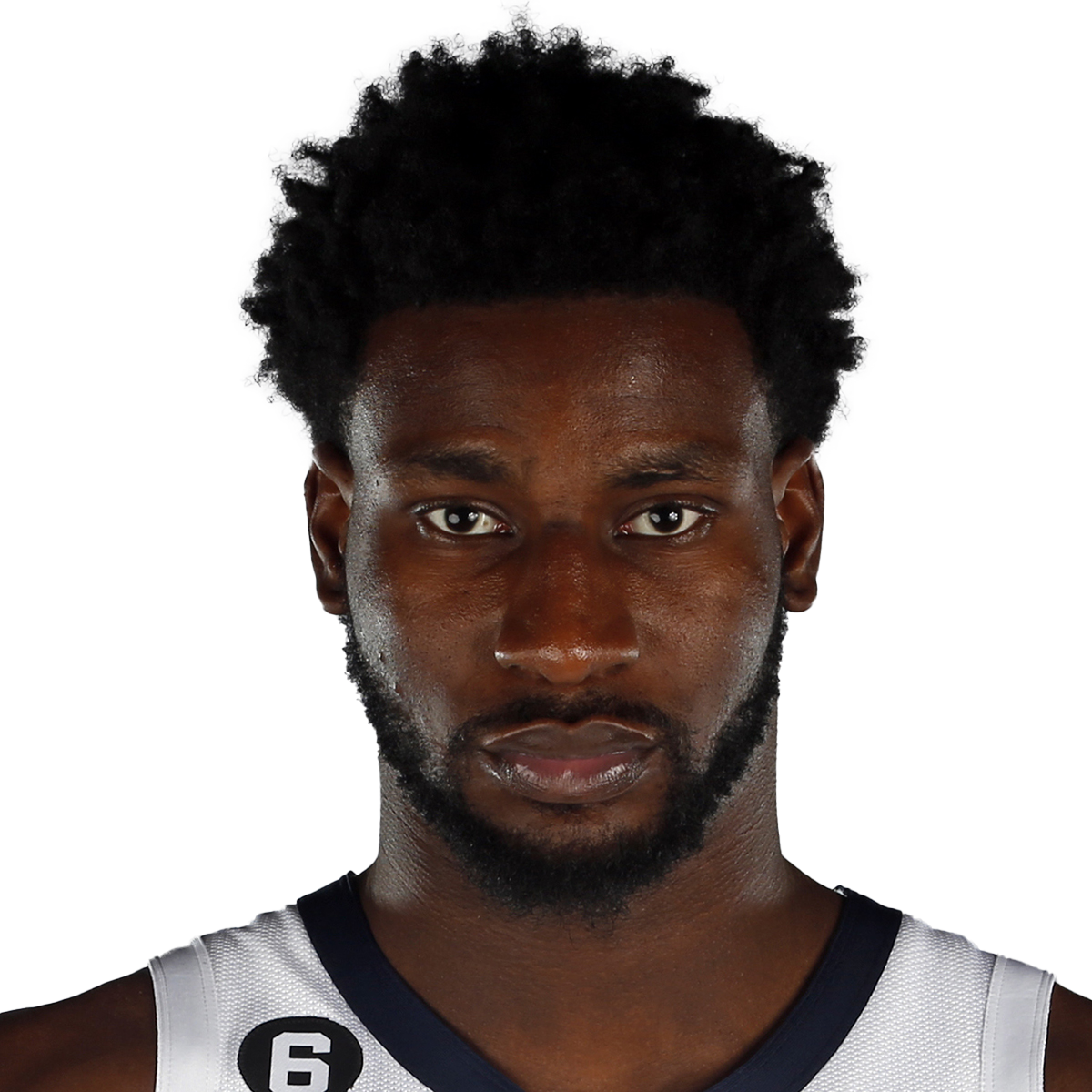 vs. DET
See all

Jaren Walter Jackson Jr. was born on September 15, 1999, in Plainfield, New Jersey. Jackson is currently a professional basketball player for the Memphis Grizzlies in the NBA.

Coming off a fantastic high school career, Jaren Jackson’s talent and oozing potential had college scouts all over him. He was a 5-star recruit and was ranked 5th overall in his recruitment class of 2017. He was also ranked #1 in his position. On September 15, 2016, Jackson declared that he would play for Michigan State. He signed his National Letter of Intent on November 9, 2016. In his college debut against the North Florida Ospreys on November 10, 2017, Jackson tallied 13 points and 13 rebounds. He continued to be successful and set his season-high of 21 points on January 22, 2018, against Illinois. He also added 11 rebounds and 6 blocks in that game. His career-high scoring game came against the Minnesota Golden Gophers on February 13, where Jackson poured in 27 points.

At the conclusion of the season, he was named the Big Ten's Defensive Player of the Year, Freshman of the Year, Big Ten's All-Freshman Team, and the All-Big Ten's Third Team. He then entered the 2018 NBA Draft.

Jaren Jackson Jr. was selected by the Memphis Grizzlies with the 4th overall pick in the 2018 NBA Draft. He signed his multi-year deal on July 1, 2018. Jackson had a monster Summer League performance, exciting Memphis Grizzlies fans. In his rookie year, Jackson averaged 13.8 points, 4.7 rebounds, 1.2 assists, and 1.5 blocks per game over 58 games. He suffered a deep bruise in his right thigh that caused him to miss a large portion of the 2019 season.

In the NBA bubble, Jackson Jr. tore his meniscus.

Upon being drafted, Jackson inked a multi-year deal with Nike, but the monetary details of this deal are undisclosed.

Jaren Jackson Jr. was born in Plainfield, New Jersey. Jackson is currently a professional basketball player for the Memphis Grizzlies in the NBA. Jaren was born to Hoya Terri Carmichael Jackson, and Jaren Jackson Sr. His father was a former professional basketball coach and former NBA player. Jackson Sr. played for multiple NBA teams in his career, having his best stint with the San Antonio Spurs in 1997-2001.

Having such a talented father with a high basketball IQ, Jaren Jackson Jr. was already destined to be a basketball player. Jaren currently does not have a wife or any children.