Super Bowl Squares – Everything You Need to Know

What Are Super Bowl Squares?

The rules are deceptively simple and aren’t unlike a game of Bingo. At the end of each quarter, you want to have the square that matches up with the last digit in each team’s score. You also want to have the final score.

Sounds easy enough, right? That’s the beauty—and allure—of Super Bowl squares. To make things even more enticing, payouts are quarterly and at the end of the game. You don’t even have to be into football to win Super Bowl squares, as it often comes down to chance; a true gambler’s game.

So, is Super Bowl squares the kind of sports bet you want to take a chance on? Let’s learn some more about how it works first, as well as what kind of rules you have to follow, and more.

How to Play Super Bowl Squares

Each player receives a board with 10 columns and 10 rows that intersect. This gives them a total of 100 squares. The columns are given to one team and the rows to the other. The numbers from zero to nine are then randomly selected for each row or column. This allows for any possible score combination.

The pool that you enter will determine who gets which squares. Some pools assign squares randomly, while others allow players to purchase as many squares per quarter or auction off specific spots.

Each square corresponds to a column and row number. Players will check at the end of each quarter to determine if the numbers correspond with the team’s points total. If the score at quarter’s end has Team A with 14 and Team B with 7, then the player that has the square corresponding to 4 for Team A and 7 for Team B wins.

Payouts are determined by the pool players are participating in. Some pools will pay out at quarter’s end, while others may pay out at halftime or after the final score.

Many bettors agree that picking numbers in a diagonal fashion will net you the best results, as it allows you to have exposure to more number variety. Moreover, you should seriously consider number combinations consisting of those outlined above.

How to Administer Them

After players have filled in the squares, it’s time to fill them out with the numbers. Online square layouts will automatically select the number sequence, but you can also do it offline by simply laying out the numbers in a way that does not create patterns.

This setup gives players 100 chances to win. Final score and game result will determine the winner or losers.

Because the primary scoring methods for football (field goals and touchdowns) are worth three and seven points, scores in football have traditionally ended in these two numbers.

If you don’t use an automated way to fill in the numbers, ensure that you are picking them randomly.

Cells that have zeros, threes, or sevens will have a slight advantage. You could cause a stir among your participants if you make up a pool in which these numbers end up in obvious locations.

This one’s pretty self-explanatory and straightforward. Here, you simply print out the grid and place it around the office. From there, those who wish to play just need to write their name in the squares they want.

Whoever is running the game collects money from each person playing. Of course, the office pool extends beyond the office, as you can put up the squares at your local bar or wherever you and your coworker friends typically gather.

Rather than collect the winnings for yourself, you can put the money toward a fundraiser of your choice. It doesn’t have to be anything of notoriety; maybe you and your friends want to raise money to help someone who was laid off from work, for example.

Whatever you choose, Super Bowl squares make it easy to pool everyone’s money together for a good cause.

A pool allows multiple participants to join in on the betting action. This is a great way to maximize winnings, too.

There will need to be a game organizer who manages the rules and collects the wagers from each participant. As far as playing Super Bowl squares goes, the rules are quite simple: Once a quarter ends, the player with the square that matches up with the last digit in each team’s score wins. The same rules apply to the final score.

Although the basic version is the most popular, many pools offer additional winning opportunities. A squares pool is more enjoyable if there are more chances to win cash.

What’s known as “touching squares” is the most commonly used addition to the standard game. The cells that are adjacent to the winning square (horizontally and vertically) also win. Below, T = touching, W = winner:

To have a touching square, you must have one of two winning numbers. The quarter’s winning square is often worth less than the prize. In some cases, it’s just enough to win you back your entry fee.

It’s important to note that touching squares can still occur if the winning cell lies on the edge, as seen above.

Moreover, each person’s winning numbers will be affected by larger dollar pools. This makes things more interesting and helps to prevent one person from winning multiple times in a quarter that is scoreless.

If the numbers change as the game progresses, some pools will add “Halftime” and “Final” to their winning options. While the winning numbers will be the same for “2nd Quarter” and “Halftime,” the payouts will be different.

The payouts for the “Halftime” and “Final” winners will almost always be higher than those of “2nd Quarter” or “4th quarter,” respectively. In pools like these, the grand prize is often for the “Final.”

“Reverse” is another prize, where the winner has the square that corresponds with the opposite numbers of the winning score. For example, if the final was Team A with 24 and Team B with 20, the typical grand prize would normally be Team A: 4, Team B: 0.

But under Reverse rules, the winner would also be Team A: 0, Team B: 4. It’s another way to add stakes to the wagers.

The Super Bowl squares game is easy to set up. A pool is composed of 10 vertical columns and 10 rows, which are joined together and numbered between zero and nine. The columns are given to one Super Bowl team and the rows to the other. Each square inside can be purchased separately.

Please note that each square is equally priced. Each quarter, the members of your Super Bowl party may buy as many squares as they wish. The winner will receive a larger payout if there are more squares bought.

Once every box in the pool is sold, the numbers assigned to each column and row are randomly selected.

How to Fill It Out

After the squares bracket has been set up, invite others to join your pool. It is easiest to use online systems, as you can do so electronically or via email, depending on which software you have. However, you can also fill them in by hand.

The majority of squares let players choose which cells they want before numbers get assigned. As such, it’s random, which helps maintain an even playing field for those who may not follow football as closely as the other participants.

The quarter ends with the winner being the person whose square matches the second digit of the score of each team. For example, a score of 14-7 at the quarter’s end pays the owner of the row 4 column 7 square. You can often roll over money from one quarter to the next if you don’t own a square.

Many players argue that strategies aren’t possible since the numbers are randomly assigned. This is what makes football squares an accessible betting option for all bettors, not just football fans.

That said, some players claim you can minimize the likelihood of getting bad numbers if you pick your squares diagonally, thus giving you more exposure to a greater variety of numbers.

Moreover, some claim that certain numbers are better than others, which would seem to be the case given their past success. Two, five, eight, and nine tend to do the worst, while seven, zero, and three are the most prized.

Odds to Win the Super Bowl

The most popular numbers to pick for winning the Super Bowl are 0 and 7. Each year, these numbers have provided an 8% increase in the odds of winning.

If you’re planning on buying multi-number squares, a diagonal line is generally considered the best strategy due to its likelihood of exposing you to more numerical variety.

The number 4 proved to cash in the most among sports bettors in 2019.

Matchup Predictions and How to Pick Your Squares

Spread your squares across the game board. This increases your chances of hitting one square but limits your potential for winning multiple. You will have a greater variety of numbers but a higher chance of ending up with duds.

Another strategy is to stack football squares in the same row or down a single column. This is the highest-risk, highest-reward route. This will position you to the number you have chosen in the column or row. You’re good if that spot turns out to be a zero or a seven. But a five or a two is bad news.

How do Super Bowl squares work?

With 10 x 10 columns/rows, randomly numbered 0 through 9, you guess the final number of each team’s score. Winnings are dictated quarterly, halftime, or final score.

How do you set up Super Bowl Squares?

What are squares for the Super Bowl?

A simple 10 x 10 grid that makes up the numbers 0 through 9 to correspond with the last digit of each team’s score.

Why are Super Bowl squares illegal?

In most states, anyone hosting a Super Bowl squares game without a license is technically breaking the law. The bottom line, however, is that someone hosting a private game is potentially taking money out of the pocket of the state’s sanctioned games.

What are good numbers for a football pool? 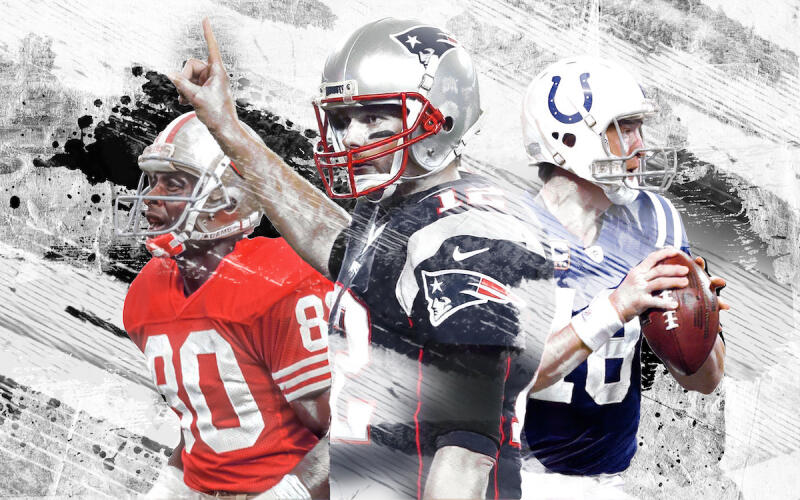 100 Best NFL Players of All time 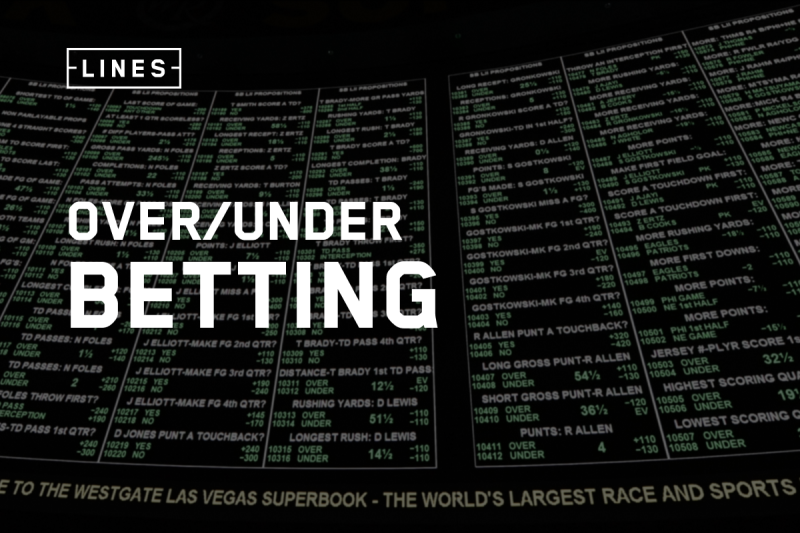 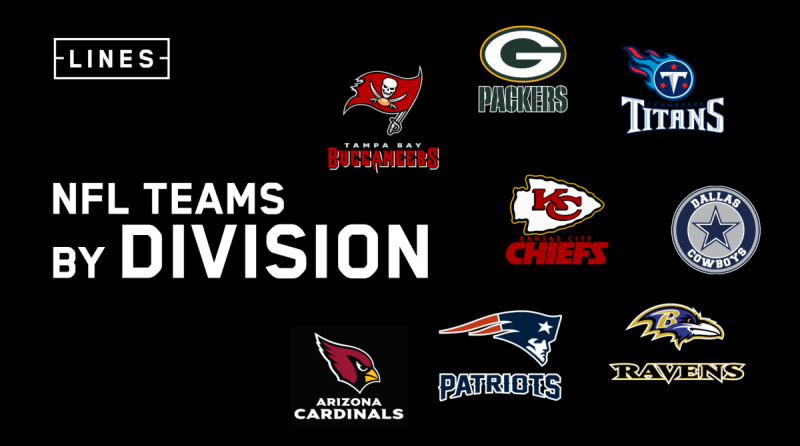 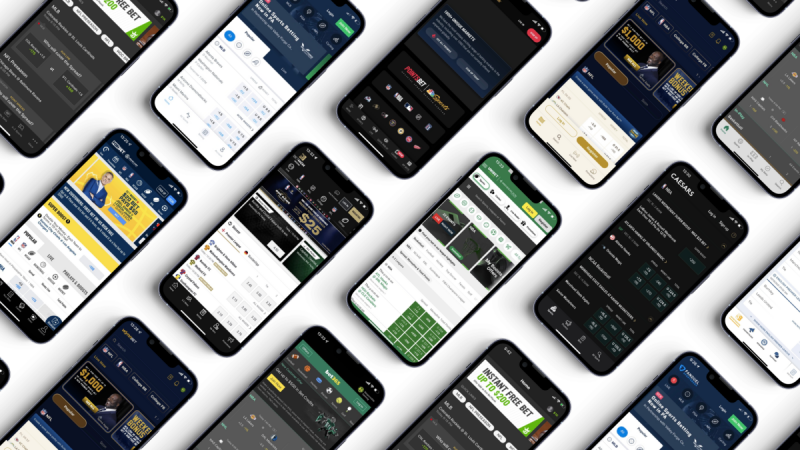 The Best Betting Apps
This site uses cookies to provide you with a great user experience. By using LINES, you accept our use of cookies.
OK