Time can seem like a magical thing. We all believe that with time and the benefit of hindsight, we could all make better decisions.

Of course, NFL teams are no different. Even as they prepare for the 2021 NFL Draft, surely there are some teams that believe last year’s draft could have gone differently if they knew then what we all know now. But how would such a thing play out?

After getting a chance to watch every player’s rookie season, what would be different about the 2020 NFL Draft? Well, we decided to see what that would look like, at least for the first round. Let’s check out our redraft of the 2020 NFL Draft.

To be fair, the Bengals have every reason to be satisfied with Joe Burrow. But Justin Herbert was clearly the best rookie quarterback and looks to have a more promising future than Burrow.

Why didn’t Washington draft a quarterback last year? Well, they’re still looking for one, which means they should have taken Burrow if he’d been available.

The Lions initially went with cornerback Jeff Okudah. But an edge rusher like Chase Young would be a more impactful pick after two quarterbacks go off the board first.

The G-Men still go with an offensive lineman here. However, based on everyone’s rookie season, Tristan Wirfs is a much better choice than Andrew Thomas.

If the Dolphins could do it over again, they probably don’t want Tua Tagovailoa. While their quarterback search continues, whoever ends up being Miami’s passer will have a star at wide receiver for many years to come.

The Chargers were going to take a quarterback with this pick no matter what. In reality, they lucked out with Herbert. But with Herbert and Burrow unavailable, they take Hurts, who moves up drastically.

There was nothing wrong with taking Derrick Brown with this pick. He got off to a slow start, but he came around and will have a bright future in the NFL.

There’s no reason for the Cardinals to change their original pick. He didn’t have a brilliant rookie season, although his ceiling and ability are still there. Hybrid linebacker-safeties still aren’t growing on trees, making him too good to pass up.

One could argue that there were better rookie cornerbacks than Henderson. However, there still isn’t enough of a difference to make the Jaguars change their pick. After all, they still want to finish 1-15 so they can take Trevor Lawrence this year.

Given their problems on the offensive line, there’s no way the Browns can afford to even consider not taking Jedrick Wills to give them a boost in the trenches and protect Baker Mayfield.

The Jets have no complaints with Becton other than him missing a few games due to injury. Obviously, the Jets have other problems, but solidifying the offensive line is too important to go in another direction.

Henry Ruggs had a disappointing rookie year while CeeDee Lamb was arguably the second-best rookie receiver last season behind Jefferson. The Raiders would surely make the upgrade if they could redraft.

Rather than being able to get Wirfs, the Buccaneers have to settle for the best offensive tackle who’s still available. Odds are, the change doesn’t stop them from winning the Super Bowl.

The 49ers stick with their original pick in the redraft. After trading DeForest Buckner, they needed to add high-end talent to the defensive line, which is more important than addressing the team’s other needs.

It’s a little hard giving up Jerry Jeudy, who still has amazing upside. But Chase Claypool was the real deal as a rookie and arguably a more versatile weapon than Jeudy.

It’d be easy for the Falcons to stick with A.J. Terrell with this pick. But Johnson was slightly better, leading rookie cornerbacks in pass breakups.

The Cowboys could have gone anywhere with this pick, which was originally used to take CeeDee Lamb. L'Jarius Sneed had such an outstanding rookie season that he’d provide a serious boost to the Dallas secondary.

Okay, so the Dolphins eventually get Tagovailoa. Unlike a few other teams, the Dolphins needed to draft a quarterback in 2020. Getting him 18th overall creates fewer expectations than picking him fifth, which is a good thing.

The Raiders took a wide receiver earlier in the draft and add to their defense with this pick. Antoine Winfield Jr. had such an exceptional season in Tampa Bay that there’s no way he’d fall out of the top 20 in our redraft.

The Jags have to go defense with this pick, which gives them a lot of possibilities. Taking K’Lavon Chaisson didn’t work out as expected, but with Patrick Queen, they get more of a sure thing.

There are probably a couple of wide receivers still available with more upside than Tee Higgins. But he looks like he’ll be a solid and reliable wide receiver for a long time. That’s something the Eagles have been missing during the last few seasons.

The redraft costs the Vikings Jefferson, but Aiyuk is a perfect consolation prize. When healthy, he shows plenty of explosiveness and looks like a star in the making.

Why change a good thing? Kenneth Murray racked up 107 tackles for the Chargers as a rookie, so they’re not going to overthink during the redraft.

The Saints think about a wide receiver during the redraft, but they stick with Cesar Ruiz. There’s no substitute for a reliable center, especially since New Orleans is about to go through a change at quarterback.

The Niners miss out on Brandon Aiyuk, but Jerry Jeudy — the second receiver off the board last year — is a great consolation prize. Jeudy had an up-and-down rookie year, but he'd flourish in the slot for the 49ers.

Did the Packers need to draft Jordan Love here? No, they didn’t. Would they have been better off taking someone who could have helped them win a Super Bowl? Yes, which is why they get Jeremy Chinn here.

Jordyn Brooks, who Seattle took with this pick, had a decent rookie season. But the Seahawks would be better served protecting Russell Wilson to appease him.

The sixth-round guard out of Michigan was one of the biggest rookie surprises in 2020 which is why he catapults all the way up to the first round.

The Ravens go from defense to offense in the redraft. Patrick Queen, who was their real pick, went earlier. As a result, Baltimore pivots to Laviska Shenault, giving Lamar Jackson another versatile weapon in the air and on the ground.

The Titans had a dreadful pass rush in 2020. Knowing that, Tennessee has little option but to take a chance on Alex Highsmith, a third-rounder by the Steelers a year ago, late in the first round.

In reality, A.J. Terrell was taken 16th overall, which means the Dolphins feel great about being able to grab him 30th overall, giving their secondary a cornerstone player.

Jeff Okudah takes a serious drop from 3rd overall to 31st overall. But the Vikings need secondary help, and his upside is too good to pass on this late in the first round.

The Chiefs have a difficult decision to make between all the stellar rookie running backs. They could stick with Clyde Edwards-Helaire or go with rookie phenom Jonathan Taylor, but Kansas City decides to pick D'Andre Swift.

The Georgia product would fit perfectly as a dual-threat option in the Chiefs' offense. 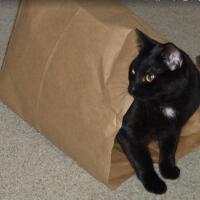 3 NFL Teams That Should Trade for 49ers' Deebo Samuel

Who's the Best Quarterback in the NFL?

Cartelli: 2022 NFL Mock Draft
This site uses cookies to provide you with a great user experience. By using LINES, you accept our use of cookies.
OK