The 2021 NFL regular season wraps up this week after a grueling, Covid-19-impacted campaign. Adding the additional week failed to create significant drama in Week 18 since most playoff spots are determined. Now we're just looking towards final seeding in the Wild Card weekend.

The AFC has one participant left to determine as the Las Vegas Raiders battle the Los Angeles Chargers in a winner-gets-in game. The AFC's seeding has a ton of variables otherwise.

The NFC is more determined at this point. It's either the San Francisco 49ers or New Orleans Saints for the final spot. New Orleans can only get in if they beat Atlanta and the Niners lose to the Rams.

We'll look at our six favorite Wild Card weekend matchups that could come from Week 18's outcomes. The path to the Super Bowl will absolutely be affected by these early games, so buckle in as we root for chaos.

Call it the battle of the birds, if you will, but I want to see these two offenses, led by dynamic dual-threat quarterbacks, go toe-to-toe. The Cardinals are no longer seen as an NFC favorite as they've crashed a bit down to their talent level, and the Eagles finally figured out how to best utilize their personnel. This could closely resemble the Cardinals' 33-26 win over the Eagles last December.

Jalen Hurts totaled 401 yards and four scores in that game while Kyler Murray bested him with 435 total yards and four scores. It was an insane display of impactful talent, and the halftime score of 36-20 came from all the excitement. Then the defenses locked into place in the second half and only 13 points were scored.

A rematch of that sounds wonderful. The NFC is set for a bunch of divisional rematches, so this is far more attractive.

Not only could the third battle between New England and Buffalo happen, but it's actually likely.

This would mean the Bills earn the fourth seed and the Pats slide into the fifth.

After the snow-glazed white-out in early December, and the subsequent 33-21 Bills win just two weeks ago, we'd get a final answer on which of these teams is better.

I've long thought Buffalo is the better playoff team due to their upside, but there's no question New England is consistently solid. If Buffalo isn't sharp, they could be bounced in the Wild Card round. The fallout would be massive as doubt would creep into Orchard Park.

If the Chargers beat the Raiders and the Chiefs settle into the second seed (Tennessee simply has to beat Houston), then we're getting Justin Herbert vs. Patrick Mahomes part three. They split their season series with a combined score of 58-58. These teams are both good enough to represent the AFC in the Super Bowl, so getting this matchup in the Wild Card weekend is special.

Their last epic battle came down to a dramatic fourth quarter and overtime flurry. Pitting these two powerful offenses against each other is the best way to manufacture an incredible game to remember. Plus, the coaching battle between Andy Reid and Brandon Staley is one of two incredibly sharp minds.

I'd favor the Chiefs here, but this would certainly be the must-watch game of the weekend.

I'd love to avoid seeing the Rams and 49ers or Cowboys and Eagles again. The storyline of Trey Lance leading the 49ers into battle against Tom Brady and the decimated Buccaneers' offense is mouth-watering. Imagine the fallout from Lance breaking out and slaying the king of the NFL.

The 49ers are undermanned in talent on paper but own their identity extremely well. Their secondary is a shockingly effective unit and Brady would be forced to finally create more chemistry with Mike Evans. It's not crazy to think Kyle Shanahan could scheme enough big plays for Deebo Samuel and George Kittle, plus get a little positive chaos from Lance's rushing, and put the Buccaneers in a tough spot.

This game would force Tampa Bay to sharpen their skill immediately. It felt as though they slept through some of their season, and San Francisco is just good enough to beat them with a solid showing.

These teams haven't faced each other in two years and each franchise is unrecognizable since that game after so much change. The Bengals are an elite offensive unit thanks to MVP candidate Joe Burrow's emergence. The Patriots have turned back the clock to feature a game plan that resembles Tom Brady's early years in order to accommodate rookie Mac Jones.

I'd love to see how Bill Belichick utilizes his physical and versatile defense against Burrow, Ja'Marr Chase, Tee Higgins, Joe Mixon, and Tyler Boyd. We know the Patriots would try to bully the Bengals in the trenches, and Damien Harris would likely have a big performance. But putting Jones into the spotlight is also a key area of interest.

The Patriots dynasty, even refreshed and without Tom Brady, would be taking on the new hotshot. I'd like the Bengals to win, but this would be a prime spot for an upset.

Just like how the AFC would benefit from two heavy-hitters squaring off early, we should want to see the same in the NFC. The Rams could fall from the second seed to the fifth and set up a massive showdown with Dallas right away. Both teams have endured a rough offensive patch recently despite their talent, putting both franchises on edge.

The Rams are the most star-heavy roster in the league and they bet on Matthew Stafford to be their difference-maker. It's time for him to step up on a stage he hasn't been before. Going against Dallas' fast, opportunistic defense won't be an easy task.

Meanwhile, Dallas needs to prove their relevance and hype. This roster is excellent, but the offense has been sluggish for much of the year and there's no time for excuses. I'd favor Dallas, slightly, at home 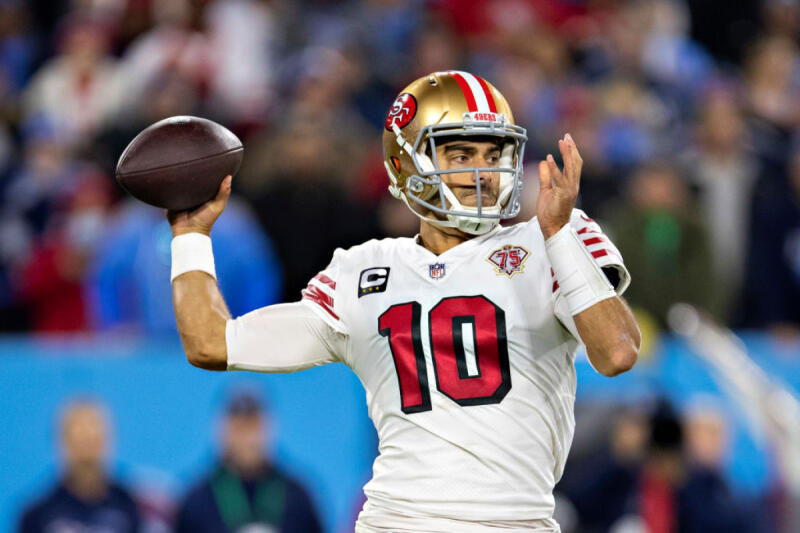