With the 2020 college football season officially in the books, it’s time to start looking ahead toward next year.

As we start to take a peek toward next season, it’s not surprising that many of the usual suspects will once again be vying for a national championship. However, there may be a few programs we don’t usually see competing at the top that could crash the party.

Let’s take a look at the 10 teams that'll have a serious chance to reach the College Football Playoff next season and contend for a national championship.

Let’s call the Hurricanes a dark horse with a big asterisk because everything depends on D’Eriq King coming back from the torn ACL he suffered in Miami’s bowl game.

The Hurricanes could have as many as nine starters back on offense, so if King is healthy, Miami is going to score more than enough points to be a contender in the ACC Coastal Division. Meanwhile, Tennessee transfer Deandre Johnson will help to shore up a defense that needs plenty of help. However, there is hope for the Hurricanes on that side of the ball, as Manny Diaz will return seven starters.

If Miami can be average defensively and King comes back healthy, they will be one of the most intriguing teams in the country, especially since they are set to open the season against Alabama.

The Tar Heels are going to lose all of their top offensive playmakers from 2020, which is a problem. However, they played without most of them in the Orange Bowl and Sam Howell still had UNC within striking distance until late.

In 2021, Howell will be a Heisman contender with an inexperienced group of backs and receivers around him. However, the Tar Heels will bring back all five starters on the offensive line, so Howell will be well protected and the UNC running game should be fine.

On defense, the Tar Heels were young in 2020 and will return every starter except Chazz Surratt, so look for North Carolina to be considerably improved on that side of the ball. Keep in mind that Mack Brown has recruited at a high level, so expect an infusion of young talent to help make the Tar Heels ACC Coastal Division favorites and a serious threat to reach the CFP.

You won’t find the Badgers on many preseason top-10 lists, but they will be the team to beat in the Big Ten West.

Given how much Wisconsin had to deal with because of COVID protocol, the Badgers deserve a little bit of a pass for a rocky 2020 season. The heart of the defense is back with linebackers Jack Sanborn and Leo Chenal, which could make Wisconsin one of the best defensive teams in the country next year.

Also, Graham Mertz showed flashes of being an elite quarterback despite his lack of consistency. With a normal preseason, he has a chance to take a big step forward and become one of the best quarterbacks in the Big Ten. If that happens, the Badgers will win the West Division and get another date with Ohio State in the conference title game with a spot in the CFP on the line.

Matt Campbell is staying at Iowa State, which means the Cyclones are likely to keep things rolling after reaching new heights in 2020. Brock Purdy will return for his fourth season as the starting quarterback, and with a little more consistency, he could be a legitimate Heisman candidate.

Of course, Iowa State already has a Heisman contender in running back Breece Hall, who will run behind an offensive line that brings back all five starters.

Most years, the Cyclones are one of the best teams in the Big 12 defensively, and that should be the case again after most players who could have declared for the NFL Draft decided to stay one more year.

Oklahoma should consider the Big 12 Championship Game a shot across the bow because the Cyclones aren’t far behind them.

The Trojans are a CFP contender primarily because the Pac-12 is so wide open. It also helps that USC has the best quarterback in the conference in Kedon Slovis, who would have been a Heisman contender in 2020 if the Trojans had played a full schedule.

USC needs to improve substantially on offense and defense, although the Trojans will return as many as eight starters on each side of the ball. If the supporting cast around Slovis is better, the Trojans will be a threat.

It’s also worth noting that USC avoids both Washington and Oregon next season, so the path back to the Pac-12 Championship Game is a manageable one.

The Bulldogs seemed to click offensively after J.T. Daniels took over at quarterback. He might be the most talented quarterback Georgia has had in a long time. Plus, the Bulldogs will return most of their offensive starters from 2020.

Defensively, there will be some holes to fill after Georgia was dominant on that side of the ball in 2020. However, Kirby Smart has recruited at a high level during his tenure, so the cupboard is far from empty.

If Daniels can continue to elevate his game, Georgia will be the team to beat in the SEC East and get yet another shot at Alabama.

Replacing Justin Fields won’t be easy, although, with the way Ohio State recruits, there is always five-star talent waiting in the wings. If Chris Olave and Trey Sermon also leave for the NFL, that will create even more holes for the OSU offense.

There will also be a few key players to replace on the defense. But again, the Buckeyes recruit so well that Ryan Day should have the pieces to put together a good puzzle. Perhaps more importantly, the Big Ten was a mess this season with the likes of Michigan, Penn State and Wisconsin all having disappointing seasons.

There’s still a considerable gap between the Buckeyes and everybody else, creating a clear path to win another conference title and return to the CFP.

The Sooners were outstanding toward the end of the 2020 season, and a lot of that should carry over into 2021.

Spencer Rattler should be a lot more consistent and will be one of the early favorites to win the Heisman in 2021. Oklahoma will also get 1,000-yard rusher Kennedy Brooks back after he opted out this season. The only problem for the OU offense could be replacing a few key players on the offensive line.

On the bright side, the Sooners were vastly improved defensively during the second half of the 2020 season. The Sooners will bring back most of their starters on that side of the ball, positioning Lincoln Riley’s team to win the Big 12 yet again and get back to the CFP.

Losing Trevor Lawrence isn’t going to hurt the Tigers as much as you’d expect with the way D.J. Uiagalelei played when Lawrence missed two games this season. Also, while Clemson has some question marks in the backfield without Travis Etienne, Justyn Ross could return from injury and provide Uiagalelei with at least one big-time receiving threat.

More importantly, the Tigers are poised to take a big step forward defensively. That side of the ball was filled with freshmen and sophomores in 2020, and it finally caught up with Clemson in the national semifinal. However, the talent is there, and another year of experience should give Clemson an elite defense in 2021.

Nick Saban hasn’t won back-to-back titles since 2012, so he might decide this is a good time to do it again. Obviously, the triumvirate of Mac Jones, Najee Harris and DeVonta Smith is gone. However, many assumed before the season that Bryce Young would unseat Jones at some point, so the Crimson Tide might have a more talented quarterback in 2021, albeit one without much experience.

The defense that was so dominant during the second half of the season could see as many as nine starters return. Unless there is a mass exodus to the NFL outside of Dylan Moses and Patrick Surtain, Alabama’s defense could be even better in 2021 and carry the load while Young settles in as the new quarterback. 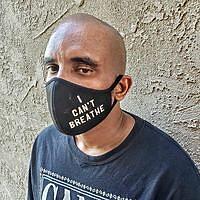 Oregon Ducks vs Oklahoma Sooners: 2021 Valero Alamo Bowl Gambling Guide - Dec. 29
This site uses cookies to provide you with a great user experience. By using LINES, you accept our use of cookies.
OK