College basketball fans no doubt feel like they are owed something after the 2020 NCAA Tournament was canceled because of the COVID-19 pandemic. On top of that, the start of the 2020-21 regular season has been pushed back by several weeks, taking away several prominent pre-season tournaments and intriguing matchups they look forward to every year.

The good news is that college basketball is doing its best to make amends. While the pre-conference season is a little limited, there is still an abundance of great matchups to enjoy, particularly during the holiday period.

Hopefully, everyone is avoiding large gatherings at the moment, which should free up their schedule to watch these compelling early-season non-conference games.

Happy Turkey Day indeed! It will be worth the wait for everyone when we see No. 1 Gonzaga takes on No. 6 Kansas.

The Bulldogs have a team that could win a national championship behind All-American Corey Kispert. This game also marks the debut of Jalen Suggs, who is one of the best recruits in Gonzaga history.

As part of the Fort Myers Tip-Off, Gonzaga will play Kansas at 6:00 on Thanksgiving Day and then turn around to face Auburn at 11:00 a.m. on Black Friday. It’ll be a challenge for Mark Few’s team, but we’ll find out quickly if the Bulldogs have the depth to be a championship contender.

Granted, Auburn has lost a lot from a senior-laden team last season. But Bruce Pearl’s teams are always full of energy and a threat to upset a better team, which should make this interesting.

Get ready to see a lot of Baylor on this list, starting with a road trip to Seton Hall in the Big 12-Big East Challenge.

The Pirates no longer have Myles Powell, who didn’t get a chance to play in the NCAA Tournament last spring, but they bring a lot back from that team and add Harvard grad transfer, Bryce Aiken.

They should provide an intriguing test for a Baylor team that many believe can take the Big 12 title away from Kansas.

The Champions Classic will be played as usual this season, starting with the two winningest programs in college basketball history.

As mentioned, the Jayhawks have Garrett and some intriguing reinforcements to give Kansas a deep and talented team. Meanwhile, the Wildcats will supplement their usual group of blue-chip prospects with grad transfers Davion Mintz and Olivier Sarr.

As usual, both teams will be looking to make a statement in a primetime matchup.

The appetizer for the Champions Classic features the other two teams that take part in this event every year. However, it won’t be on a neutral court, as the Spartans will travel to Cameron Indoor Stadium.

Michigan State will begin the season outside the top 10 and a little under the radar. But they bring back an experienced group and add Marquette transfer Joey Hauser to the mix. Meanwhile, the Blue Devils will be a freshmen-oriented team once again, although sophomore Wendell Moore and Matthew Hurt will be capable of taking the lead.

While this will technically be the third-career game for Oklahoma State freshman Cade Cunningham, it’ll be the first game worth watching. Cunningham is the projected No. 1 pick and a national player of the year contender. He and the Cowboys will get their first true test of the season against Marquette.

The Golden Eagles no longer have Markus Howard, but Ohio State transfer D.J. Carton should give them an instant lift, making this an intriguing litmus test for both programs.

We know that Baylor has a team with a ton of potential, and the Bears will get a stiff challenge in the Jimmy V Classic against a top 10 Illinois team.

Both center Kofi Cockburn and wing Ayo Dosnumu chose to withdraw from the NBA Draft and come back to play another year for the Fighting Illini, giving them arguably the best tandem in the Big Ten. Illinois also has a nice crop of freshmen.

We should learn early in the season if this is truly a team capable of reaching the Final Four when they play Baylor.

As usual, the Bulldogs play a challenging non-conference schedule, and that will include the first game of the Jimmy V Classic doubleheader against Tennessee.

While Gonzaga has national championship potential, the Volunteers should provide a stern challenge for them. Tennessee is a top-15 team in most polls heading into the season and some believe the Vols can finish ahead of Kentucky in the SEC this year.

This is the granddaddy of non-conference games in college basketball this season, as it brings together the teams ranked Nos. 1 and 2 in the preseason polls.

Both teams play a challenging early-season schedule before we even get to Dec. 5, so there’s no guarantee the Bulldogs and Bears will enter this game undefeated. However, even if one or both have a loss on their resume, the hype for this game will be off the charts, as most pundits agree these are the two most talented teams in the country.

Not surprisingly, most games in the ACC-Big Ten Challenge are worth checking out. But there’s no doubt that this is the best of the bunch.

Both teams have players who could have gone to the NBA but chose to return to school, so the talent level will be off the charts, especially among experienced players.

Illinois might get a little bit of an edge if fans aren’t allowed at Cameron Indoor Stadium. But fans or not, this will be the most intriguing matchup between teams from the two best conferences in college basketball.

Just when you think the great non-conference games are starting to disappear, we get Villanova and Virginia, the two teams that have won three of the last four national championships.

This game is scheduled to be played at noon in Madison Square Garden, so there should be plenty of eyeballs watching. The Cavs struggled as the reigning national champs before coming on strong late in the season, and now they’re a top-five preseason team with Marquette transfer Sam Hauser joining Tony Bennett’s squad.

Jay Wright’s Wildcats also enter the season as a top-five team. Despite losing Saddiq Bey to the NBA, Villanova returns almost everyone else from the team that won a share of the Big East regular-season title last year.

Last but not least, we have a Boxing Day game that even fans outside of the Bluegrass State should find entertaining.

On paper, Kentucky is the more talented team, especially since the Cardinals have to replace their top four scorers from last season. However, Louisville is on the cusp of the top 25 thanks to an intriguing class of freshman and Radford grad transfer Carlik Jones, who most considered the best grad transfer available this summer.

Plus, this is always one of the more intriguing in-state rivalry games in college basketball outside of Duke-North Carolina. 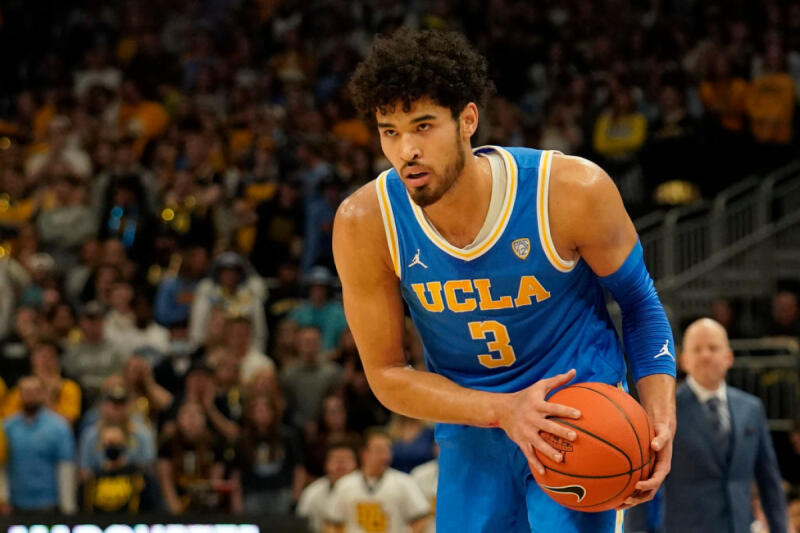