Gather 'round, children, I am about to reveal some very top-secret information. In case you forgot, my 43-12-4 run in college basketball gambling last season (no big deal), but most people don't know my secret weapon when it comes to betting on college basketball.

Normally, I trust my eye test and team stats when making my picks for college football, NFL, NBA, and MLB. In college basketball, I tend to turn to a more analytically-driven model.

With a lot of tinkering around last season, I have found a college basketball under system that hit at a 75% clip last season. Now, that hit percentage is based on when I first discovered this model in January 2021, so I do not know what the actual 2020-2021 season percentage would be. However, hitting 75% of your bets is awesome, and it is a good way to turn a serious profit.

Today, I will explain my model in basic detail, and give you five plays for the night that follow the system. Let's get into it.

To me, college basketball is defined by how many possessions a team gets per game, and what they do with those possessions. That may sound obvious, but let me explain.

This system has a very simple criteria. First, we look for teams that are in the top-100 for possessions per game, and then we see if they have a matchup with a team that is below the top-250 in team possessions per game. I like to give or take about 20 spots if it is close, and we actually have a couple of those give-or-take teams tonight.

Then, if we find a favorable matchup, we take a peek at the total. Anything below 130 is an automatic no-bet. All it takes is for the team with more possessions per game to score at a high rate for the under to be in danger.

If everything checks out, then we place our bet.

Why Does It Work?

When a team with a slow pace of play controls the game, the twitchy, and explosive offense is thrown out of whack and is forced to play down a level. If the high pace-of-play team comes out firing, the other team will be forced to keep up, and most of the time, they just do not have the gas to do so.

Now, I am not saying this is how every basketball game is played. Sports are way too unpredictable to have "broken Vegas." However, based on my record last season in these such games, it is fair to assume that I may be on to something here.

If the system falls flat tonight, that is fine, because again, betting on sports is hard. We just have to pick ourselves up and try again.

With all of that being said, I am about to give you all the bets tonight that follow my system. Good luck to anyone who tails our picks and always remembers to gamble responsibly.

Tony Bianco
0
where can you find your tempo ratings. Are they from ken pomeroy? 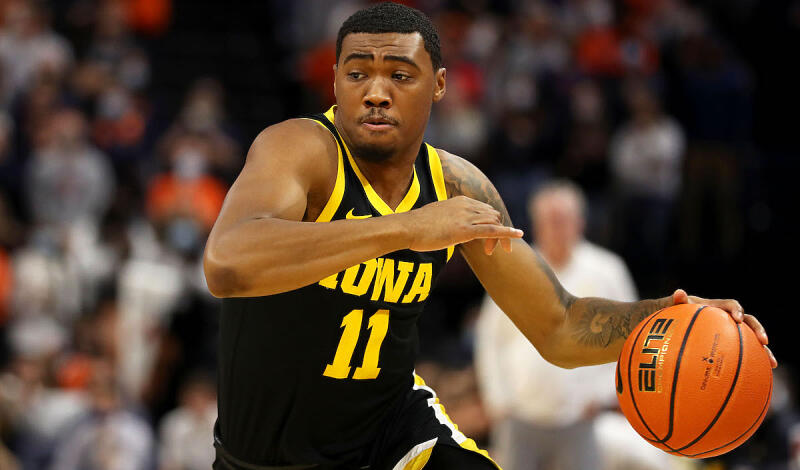 Which College's Athletes Have the Highest Career Earnings?

Is There a Scenario Where Cade Cunningham Isn't No. 1 Pick in 2021 NBA Draft?

Grading the 15 Most Notable CBB Head Coaching Hires in 2021
This site uses cookies to provide you with a great user experience. By using LINES, you accept our use of cookies.
OK