It’s not a matter of if, but when for the following greats to be honored in the Naismith Memorial Basketball Hall of Fame.

Who are the mortal locks to be inducted in the not-so-distant future? Let's start with a no-brainer.

The greatest player of his generation could have his number retired by three different franchises by the time his career is over, joining Wilt Chamberlain as the only NBA player to have his jersey hanging from the rafters for a trio of teams.

LeBron James was a Hall of Fame player before he joined the Lakers in 2018, but if he brings championship winning ways back to Los Angeles, his legacy will forever live on as one of the NBA's greatest players ever.

The league's third all-time leading scorer made eight consecutive Finals appearances from 2011 through 2018, winning two with Heat and one with the Cavaliers.

The four-time MVP is still going strong at the age of 35. With the help of Anthony Davis and a strong supporting cast in L.A., the aging King is adding new wrinkles to his game.

This year he leads the league in assists for the first time in his career with 10.6 while still dropping 25.7 points a night.

Sitting atop the Western Conference standings, James is ready to lead the Lakers to the franchise’s first playoff appearance since 2013 — and even perhaps their first title since 2010.

Playing only five games this year, Stephen Curry essentially lost his age 31 season due to a hand injury.

But Curry’s dominance that preceded before his ailment included five straight Finals appearances — three of which they ended up the victor — back-to-back MVP Awards while leading his team to the best regular-season finish in NBA history in 2016. The accolades undoubtedly punch the six-time All-Star’s Hall of Fame ticket.

With a few more healthy years ahead of him, Curry will retire as the league's all-time three-point king — and with the unofficial title as the best shooter ever.

Barring unforeseen jitters from the charity line, Curry will also hold on to his all-time, free-throw percentage mark of (at least) 90.6 percent.

Kevin Durant may forever be ostracized for jumping on a Warriors bandwagon and claiming two championships (and Finals MVPs) before bouncing from the Bay Area in just three years, but that doesn’t bother his HOF credentials or the fact that he could score anywhere from the court at any given time.

The 2013 MVP led the league in scoring four times during his days in Oklahoma, where he was largely responsible for the revival of the franchise.

Durant will begin a new chapter in Brooklyn in his age 32 season. The Slim Reaper’s age 31 season was lost entirely due to a ruptured Achilles tendon he suffered in the 2019 Finals.

If Durant isn’t slowed by a nagging wheel and can win a title in Brooklyn as well, not only will he further propel his standing in the pantheon of all-time great players, but he’ll also certainly help new teammate Kyrie Irving improve his HOF candidacy as well.

Averaging a triple-double for an entire season was mythicized as an unattainable feat for decades. Only Oscar Robertson had done so once during the 1961-62 season. And then Russell Westbrook came along and accomplished the mark three years in a row from 2017 to 2019.

In 2017, Westbrook led the league in scoring in an MVP-winning year. That was followed by leading the league in assists the following two campaigns — and a lot of triple-doubles.

Westbrook already is second all-time in the category with 146, trailing only Robertson’s 181.

Westbrook’s propensity for filling the stat sheet was largely a byproduct of anger let out on the court with a vicious tenacity for the hoop following former running mate Durant's decision to leave in 2016.

After reuniting with James Harden this year, Westbrook proved he can still get his, as he’s averaging 27.5 points, 8 rebounds and 7 assists a game.

With that kind of consistency, the two-time All-Star game MVP Westbrook is all but a formality for Springfield.

James Harden is the NBA’s most prolific scorer of the last half-decade, leading the league in scoring three consecutive campaigns to the tune of 30-plus points per game. His average of 36.1 points last season was the most since Michael Jordan netted 37.1 in 1987.

What Harden lacks in defense, he makes up tenfold on offense with an unparalleled step-back jumper and Euro step move. The 30-year-old has averaged at least 25 points in each of his eight seasons in Houston. He’s even won an assist title playing point for Mike D’Antoni’s high-octane offense.

Before the eight-time All-Star Harden was a bona fide star for the Rockets riding five consecutive All-NBA honors, he was the third act on a Thunder team that also featured Durant and Westbrook. Harden started just seven games in three seasons, perhaps cutting short on his all-time scoring ranks potential.

Harden joins Bill Walton as the only player in league history to win an MVP Award (2018) and Sixth Man of the Year Award (2012) during his career.

Although ball-handling wizard Chris Paul is playing the last act of his career with the Thunder, the 15 seasons he’s already produced are worthy of entering the HOF.

The fiery leader and seven-time All-Defensive player has led the league in assists four times and steals six times. A career average of 18.5 points per game has been possible with one of the best pull-up jumpers in the game.

Paul’s credentials may be devoid of an MVP Award or playoffs success, but that doesn’t change the fact that the 10-time All-Star was one of the best two-way players of his generation.

Much like Paul, Carmelo Anthony is missing an MVP Award and an NBA title from his dossier, but Melo has what no other player in league history has in a handful of Olympics Medals — three gold and one bronze — and an NCAA National Championship to boot.

The six-time All-NBA player and 10-time All-Star is enjoying a resurgence in Portland this year after being left out in the street in Houston after just 10 games last season.

Anthony is on his fourth team in three years and is no longer the alpha male on the court.

However, during his days in Denver and New York, he was one of the league's sharpest scorers. He still sports a career average of 23.8 points a game even though he has not topped that figure since the end of the 2015 season.

The league’s 17th all-time leading scorer can enjoy many more years ahead of him as a complementary player if his pride allows him to. If the 36-year-old plays a few more meaningful seasons, he can crack the NBA’s top-eight scoring list.

At the age of 28, Kawhi Leonard is already a two-time Defensive Player of the Year and two-time NBA champion.

Leonard bloomed beautifully in San Antonio until his relationship soured with the Spurs over the handling of an injury. He played just nine games during his last year in the Alamo City before being traded to Toronto, where he immediately led the Raptors to a championship in his lone year there in 2019.

Now with the Clippers, Leonard can shape his legacy as one of the best players in the decade ahead with more seasons of winning basketball. The four-time All-Star continues to get better, as this season he’s averaging 26.9 points, 7.3 rebounds and 5 assists, all career highs.

Before he diminished into a role player playing on his fifth team in as many years, Dwight Howard had already stamped his name as the best center of his era, accruing eight All-NBA and All-Star Game honors.

The only center to win the Slam Dunk Contest has led the league in rebounds five times and block shots twice and tallied three-consecutive Defensive Player of the Year Awards from 2009 to 2011.

Howard also led the Magic to the NBA Finals in 2009 but proved to be overmatched against future teammate (and team) in Kobe Bryant’s Lakers.

Howard's shortcomings came toward the second half of his career as a bad back and the knack for not gelling with teams proved to be Superman’s kryptonite.

Howard can crack the top-10 rebounds list should he play a couple of more healthy seasons.

At the age of 43, Vince Carter called it a career after the Covid-19 global pandemic abbreviated the 2019-2020 NBA season.

Carter unofficially retires as the league’s 19th-best scorer of all time, and no doubt the most entertaining player in the early part of the millennium. His high-flying days in Toronto — highlighted by the 2000 Slam Dunk Contest — and New Jersey, solidified his status as a fan favorite.

The eight-time All-Star and two-time All-NBA player is the only person in league history to play 22 seasons and in four different decades.

The graceful and high-flying Carter played for six teams in the last 10 years and never averaged double figures in points after 2014. By 2012, he had fully transitioned into the role-player phase of his career.

But even with all those years in the league, playoff success seemingly escaped him.

Carter played in just 88 postseason games and made only one Finals appearance in 2009 with Orlando. In comparison, future HOF Dirk Nowitzki, who was drafted the same year as Carter and retired one year earlier, played in 145 playoff games. 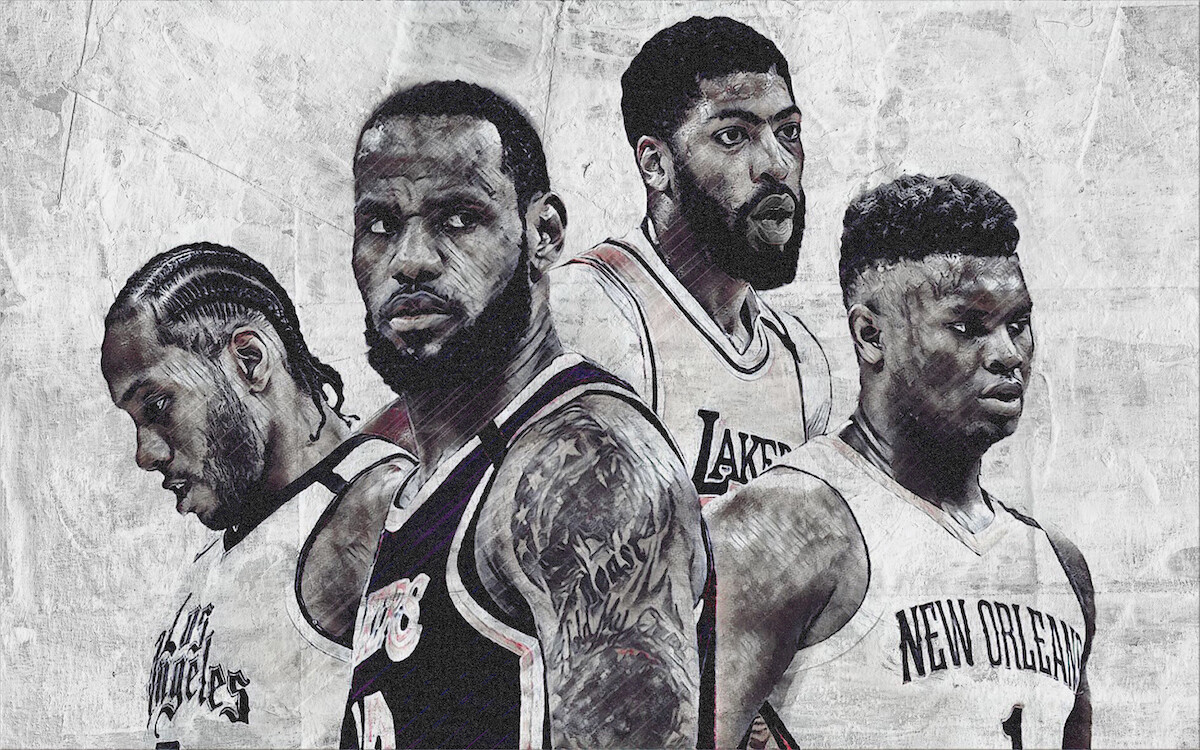 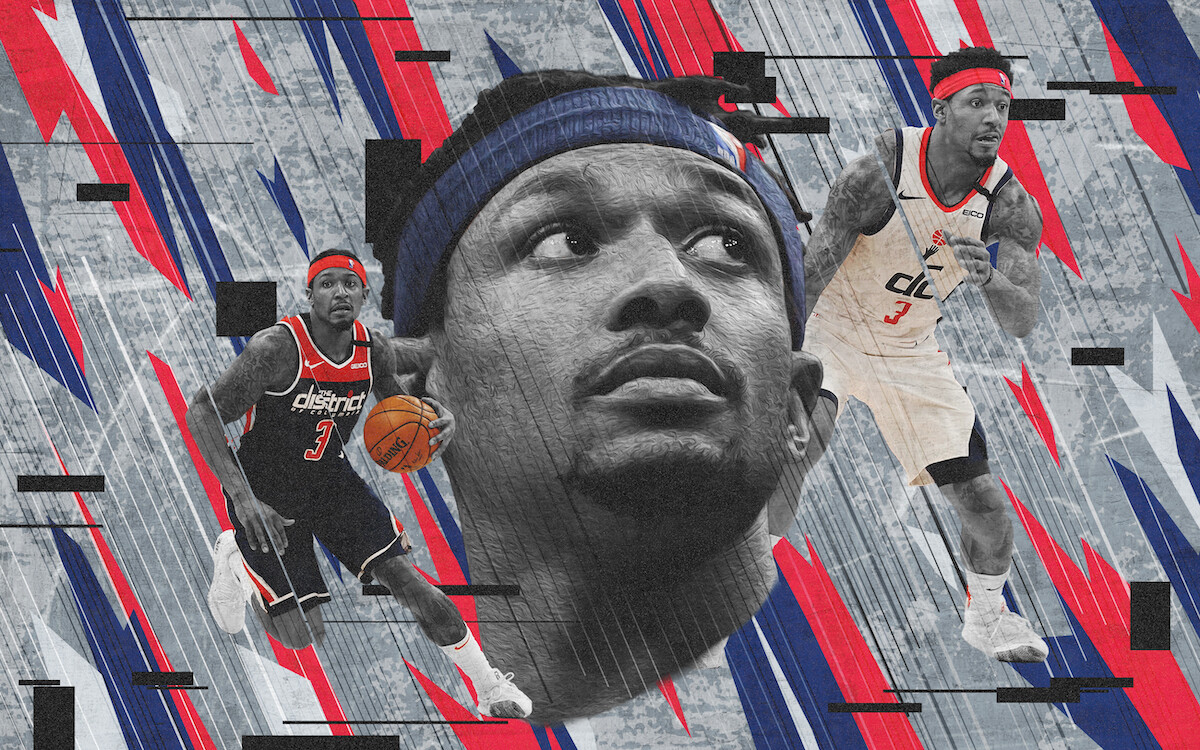 Should the Wizards Trade Bradley Beal This Offseason? 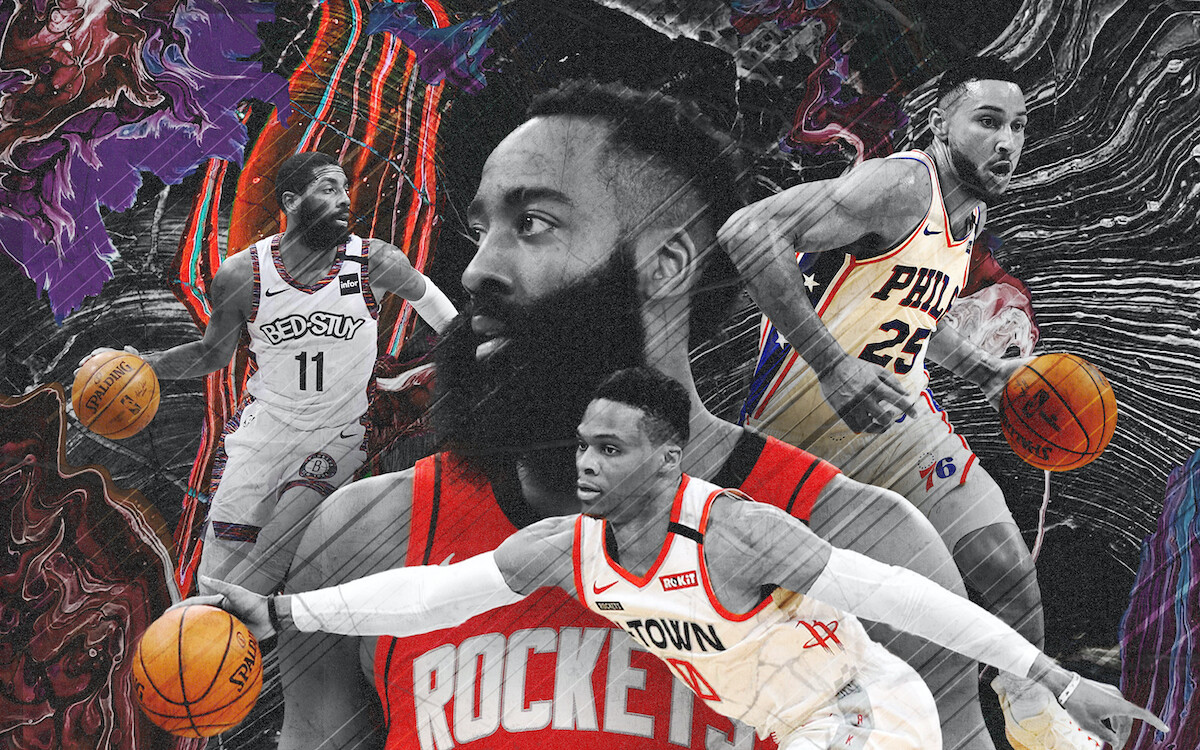 Ranking the 10 Most Overrated NBA Players 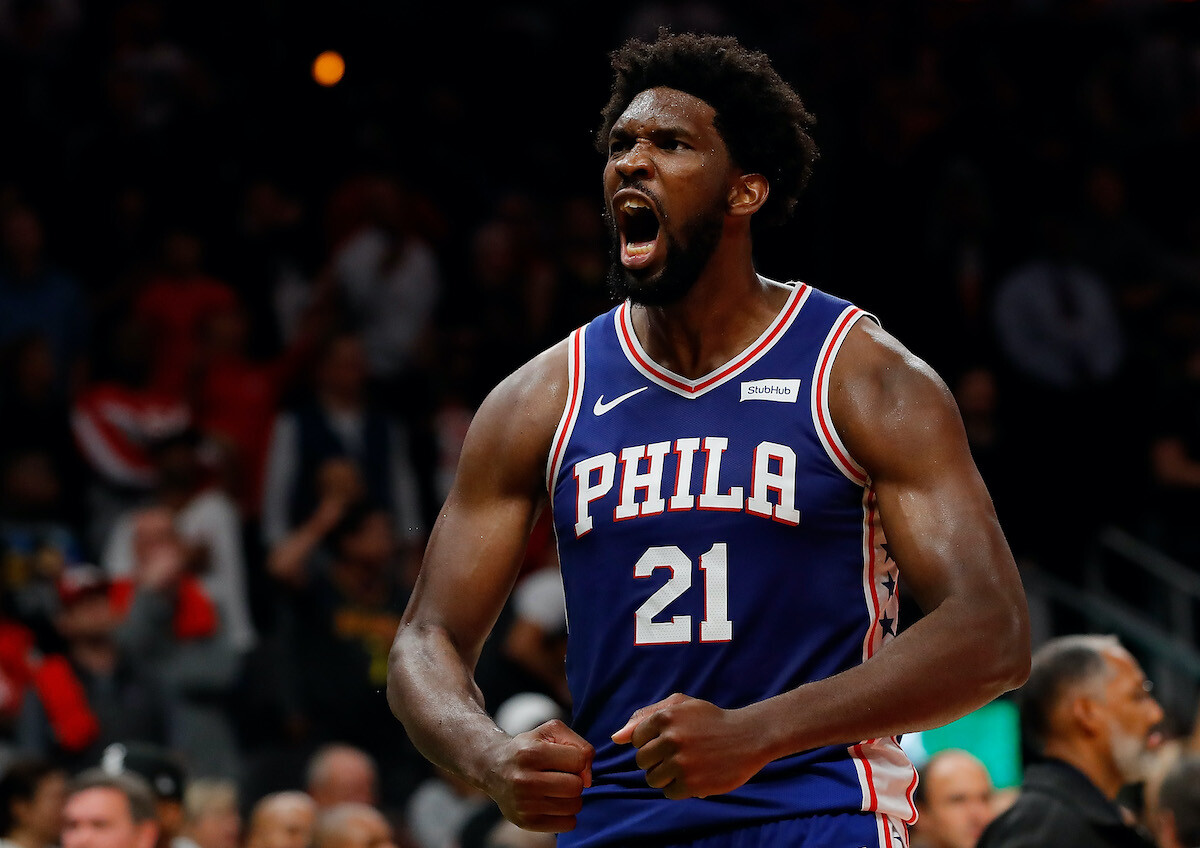 Bold Predictions for the NBA Restart 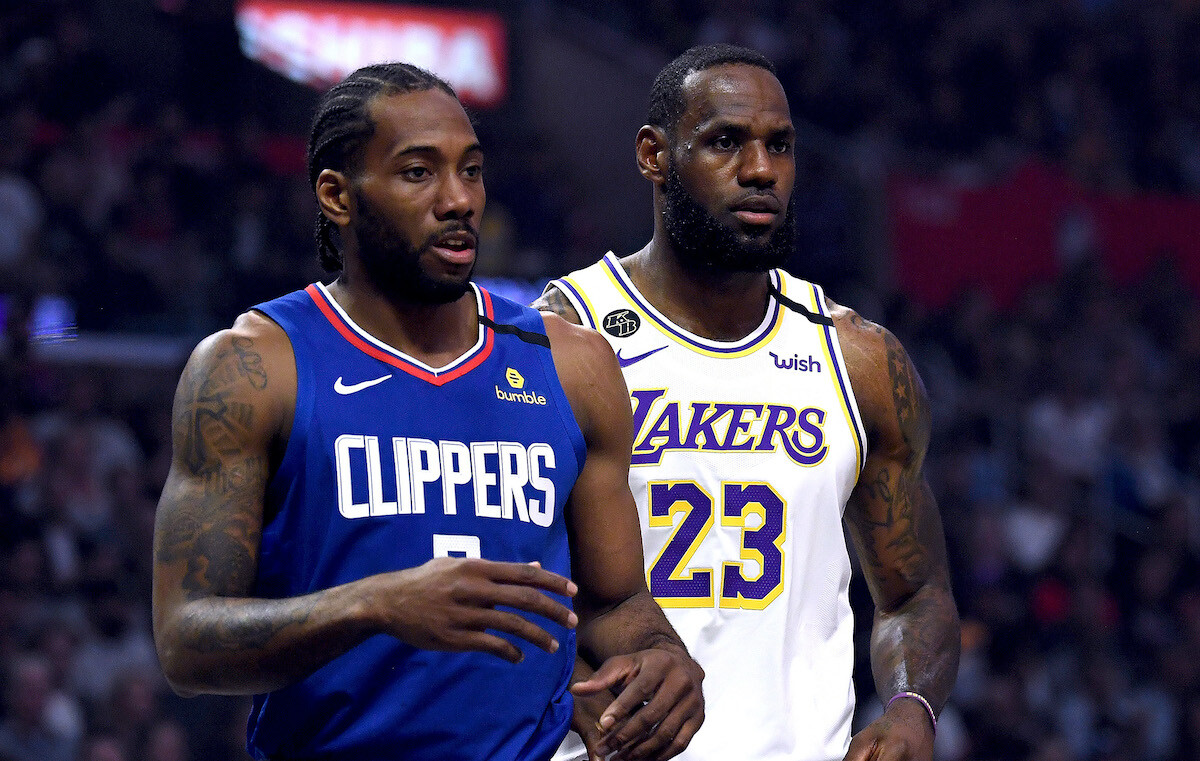 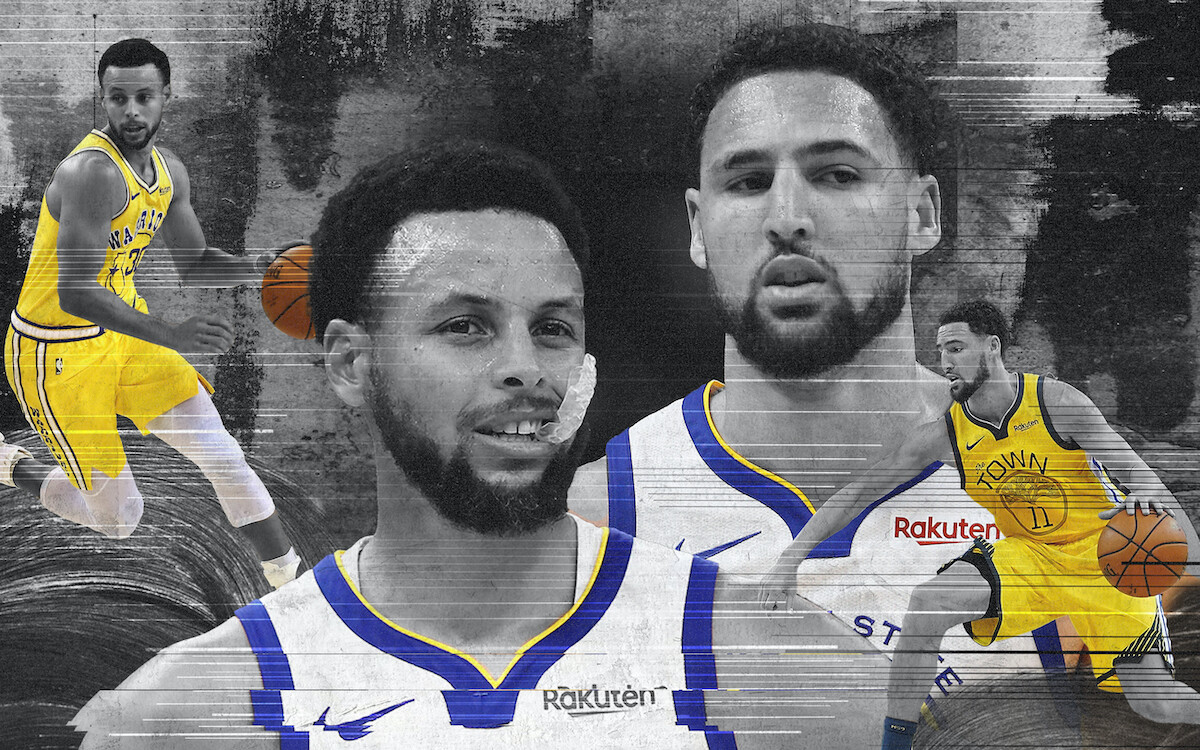 Every NBA Team's Best Duo Ever
This site uses cookies to provide you with a great user experience. By using LINES, you accept our use of cookies.
OK