The MLB season is barely underway, so naturally, it's a perfect time to jump to conclusions.

That’s not necessarily easy given the way the first weekend of the campaign has played out. With most teams playing just a handful of games so far, there are no undefeated or winless teams. If that’s a sign of things to come, this could an exciting and competitive 60-game season, especially with the playoffs being expanded to 16 teams.

A week or two from now, we should have a better idea of what teams are for real, but since we had to wait so long for it, here's our latest edition of the 2020 MLB Power Rankings.

It’s been just three games, but the Marlins deserve some credit for taking two out of three games in Philadelphia to open the season. Miami had to change course at the last second when Jose Urena was scratched on Sunday due to testing positive for COVID-19. But they ended up pounding out 11 runs to take the series.

Now the question is, how the Marlins will cope with multiple players testing positive for the virus? However, they're scheduled to play four games this week against the Orioles, giving them a chance to continue their fast start.

The Rockies also deserve praise after winning two of three games in Texas. The story wasn’t Trevor Story and the offense, even though the shortstop homered twice. Rather, Colorado’s pitching was excellent throughout the series. Starters Kyle Freeland, Jon Gray and German Marquez all looked sharp, and if that continues, the Rockies could quickly return to their 2018 playoff form.

St. Louis was close to grabbing a sweep of the Pirates, which you’d expect them to do. Nevertheless, the Cards were able to take full advantage of Pittsburgh’s lackluster pitching staff. Meanwhile, the Cardinals pitched well despite a little trouble from young ace Dakota Hudson.

St. Louis had some questions heading into the season, but they have started off on a positive note.

Oakland did well to take two out of three from the Angels over the weekend. The offense hasn't clicked yet with Mark Chapman and Khris Davis both struggling thus far. But the A’s proved that they have enough firepower to scratch out runs when some of their key hitters struggled.

The A’s also had to lean heavily on their bullpen over the weekend, which was up to the task.

On the one hand, the Astros were close to starting the season 3-0. On the other hand, you’d assume they could do that against the Mariners, so dropping Sunday’s game knocked them down a few spots.

Fortunately, the Astros have their potent lineup to carry them.

The Cubs were somewhat forgotten heading into the season, but they made a nice first impression. Even without some of their heavy hitters contributing, Chicago’s lineup had a breakout game Sunday. More importantly, the pitching has been excellent, especially Kyle Hendrick’s complete game on opening day.

Things are off to a promising start, although we’ll learn a lot more about the Cubs when they play four games in Cincinnati this week.

The Padres were painfully close to being MLB’s only 3-0 team before falling to the Diamondbacks on Sunday. Nevertheless, the Padres will be happy with their performance over the weekend.

San Diego's starters looked great while the bullpen appears as deep as advertised.

In the first week, the Padres look like the real deal and a dark horse to take seriously.

There’s nothing wrong with taking two of three against the Mets, especially after getting stifled by Jacob deGrom in the season opener. The Braves saw their bats break out in a big way Sunday by unloading 14 runs. It was Marcell Ozuna and Dansby Swanson who did a lot of damage over the weekend, putting Atlanta in good shape even before the likes of Ozzie Albies and Freddie Freeman hit their stride.

Nobody’s doubting the Dodgers just yet, but they have to lose points for splitting a four-game set with the lowly Giants.

Los Angeles looked unstoppable over the first two games, only to fall flat Saturday and Sunday.

Eventually, Mookie Betts and Cody Bellinger will get in gear and everything will be fine. But even without those two producing much in the opening series, the Dodgers should have at least won three of four against San Francisco, which is why the National League favorites slip down our rankings to start the season.

Granted, it was just the Royals, but Cleveland’s pitching staff was impressive over the weekend. The starters were solid — to be fair, Shane Bieber was more than solid — while the bullpen didn’t give up an earned run in three games.

Outside of Jose Ramirez, Cleveland’s lineup started slowly. However, with pitching like that, the Indians are off to a promising start.

Minnesota picked up right where it left off last season, at least offensively. The Twins scored 27 runs in three games against the White Sox with Nelson Cruz already hitting three home runs.

Minnesota’s lineup looks as deep as we thought it was heading into the season. Whether the pitching can match up to that remains to be seen, but there’s no doubt that the Twins are going to mash this season.

It wasn’t the most glamorous weekend for the Yankees, but they managed to grind out two wins in three games against a tough Nationals team. Gerrit Cole was lights-out on Opening Day, meaning New York’s rotation is a lock to be better than last season. 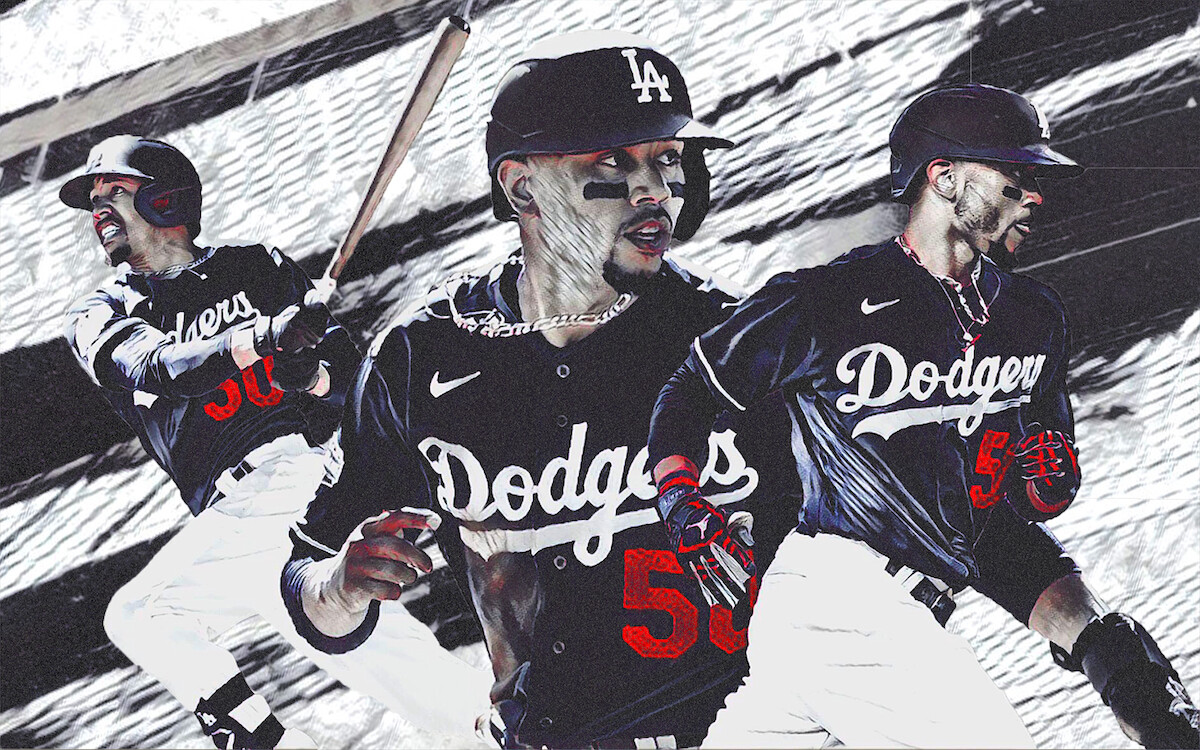 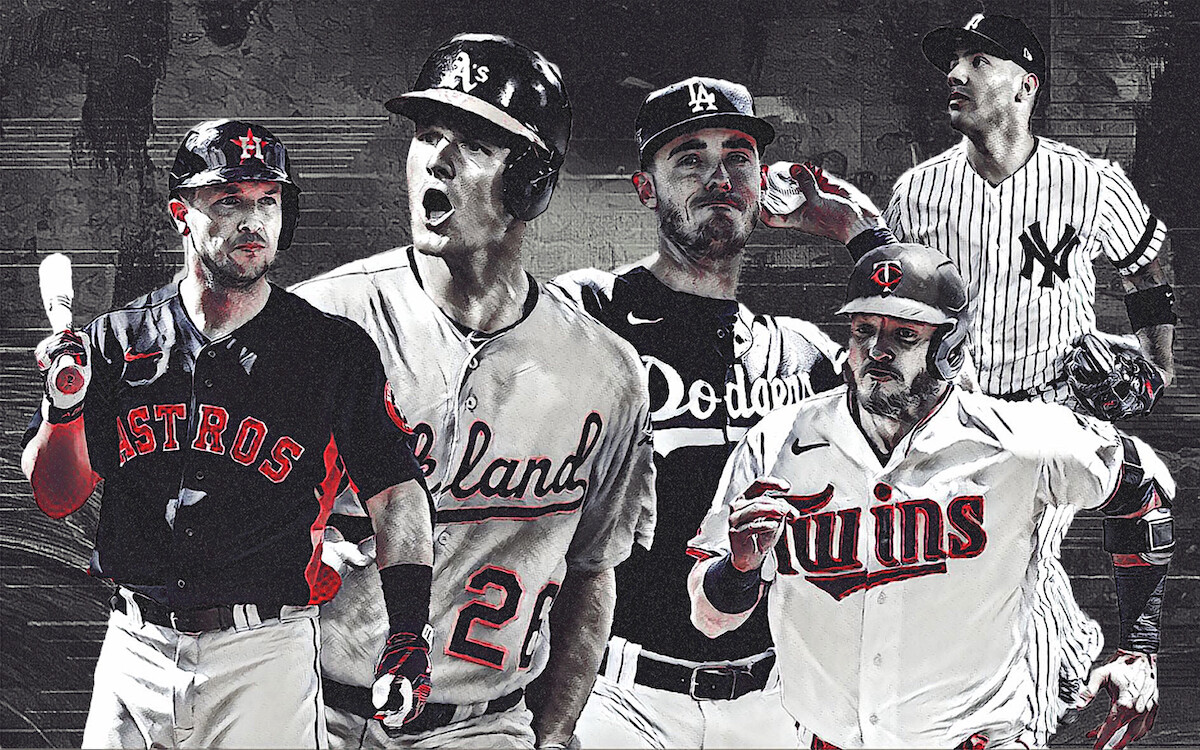 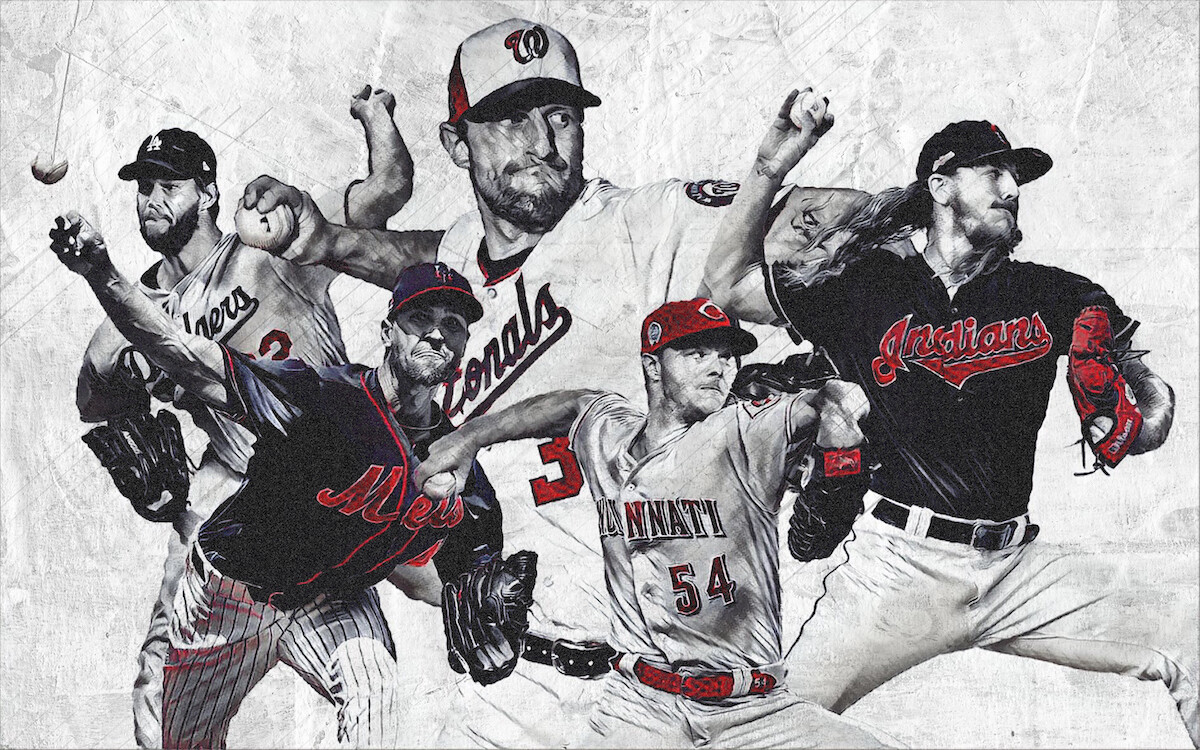 Ranking Every MLB Team's Rotation in 2020 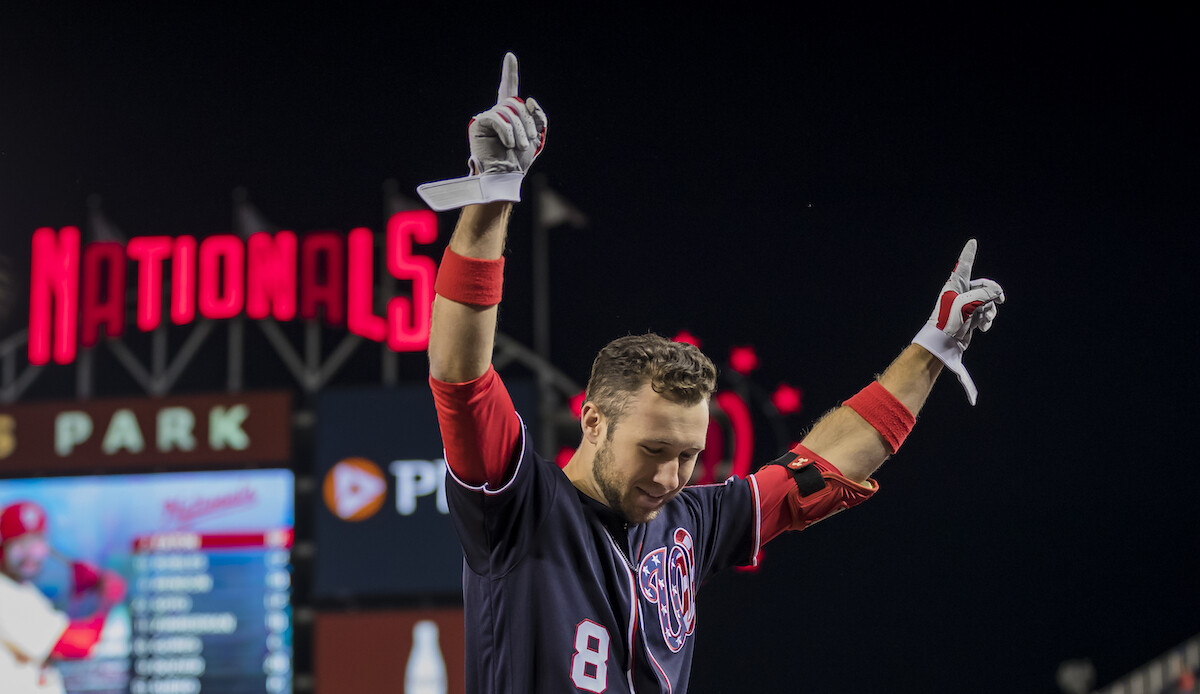 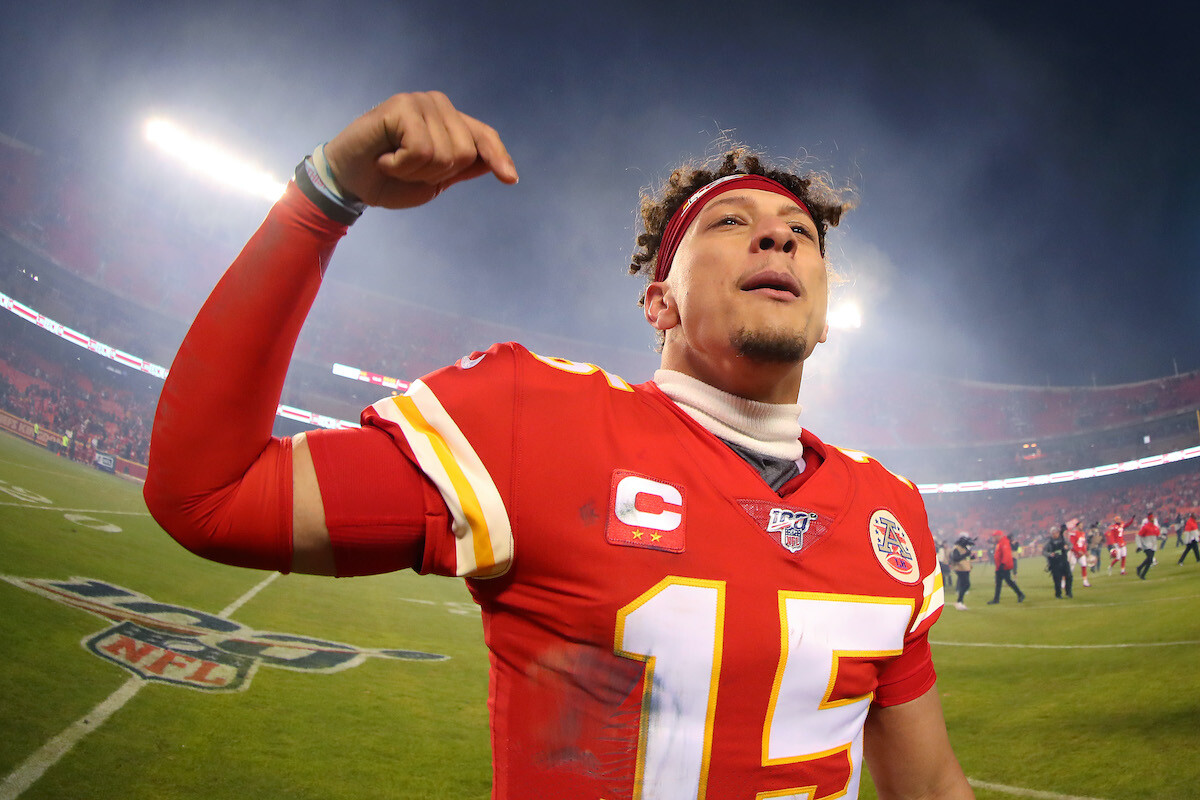 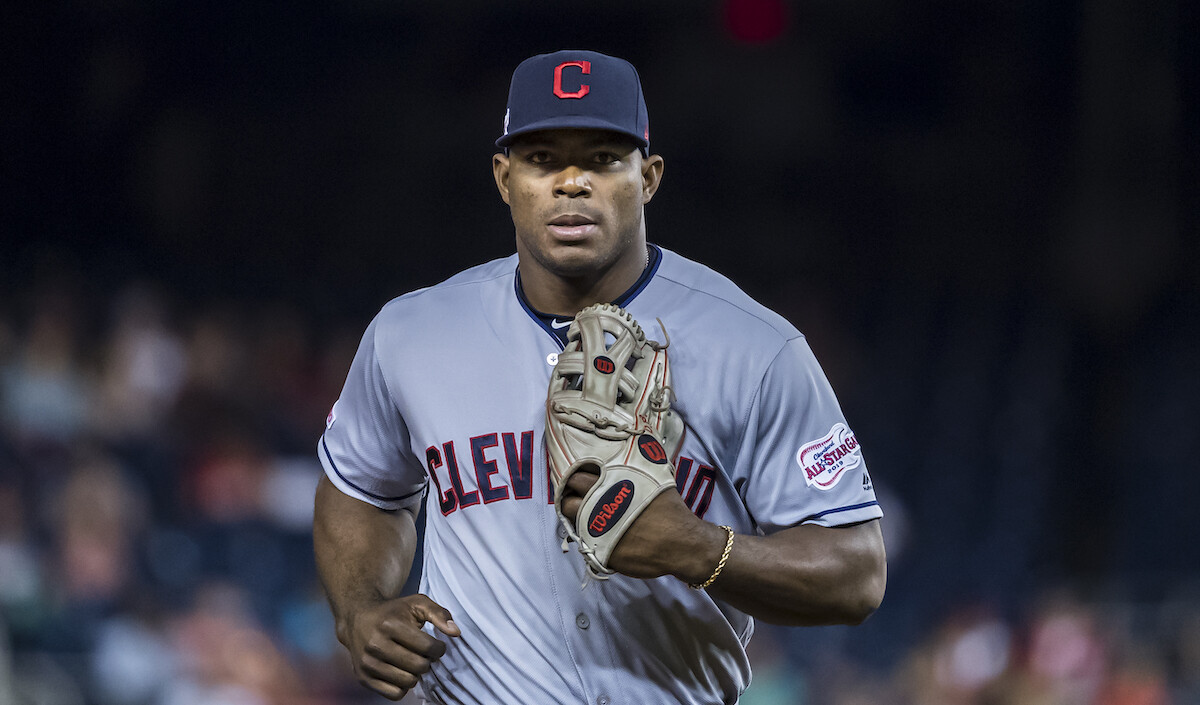 Is Yasiel Puig the Missing Piece for the Atlanta Braves?
This site uses cookies to provide you with a great user experience. By using LINES, you accept our use of cookies.
OK